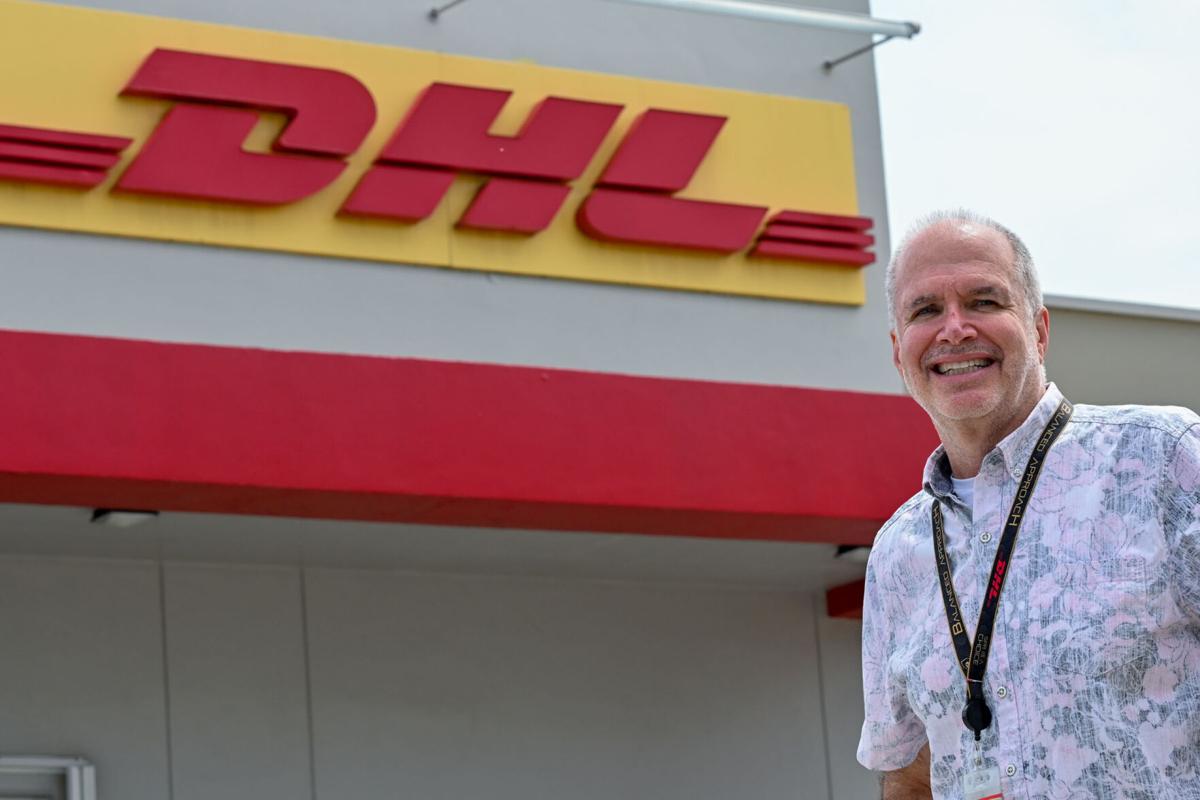 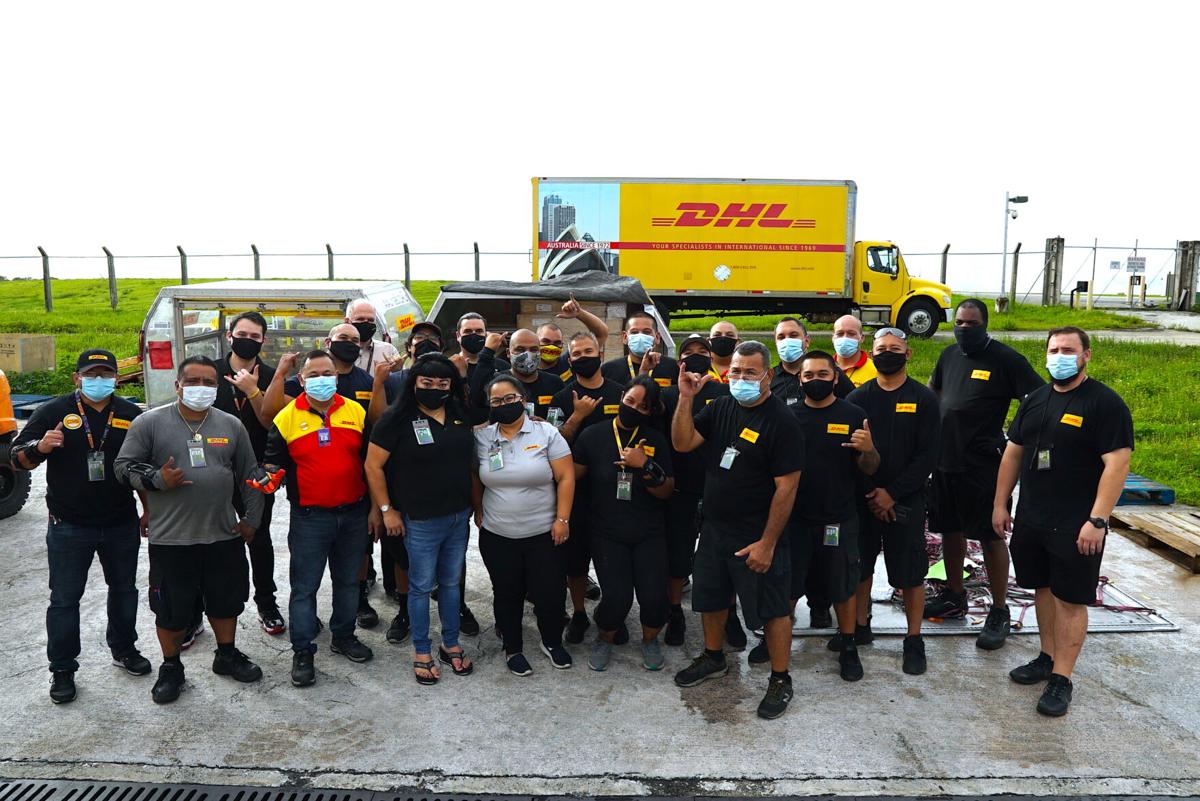 TEAM: DHL staff members at their headquarters in Tiyan pause for a photograph on Oct. 2. The local office is celebrating 50 years on Guam. Kevin Milan/The Guam Daily Post 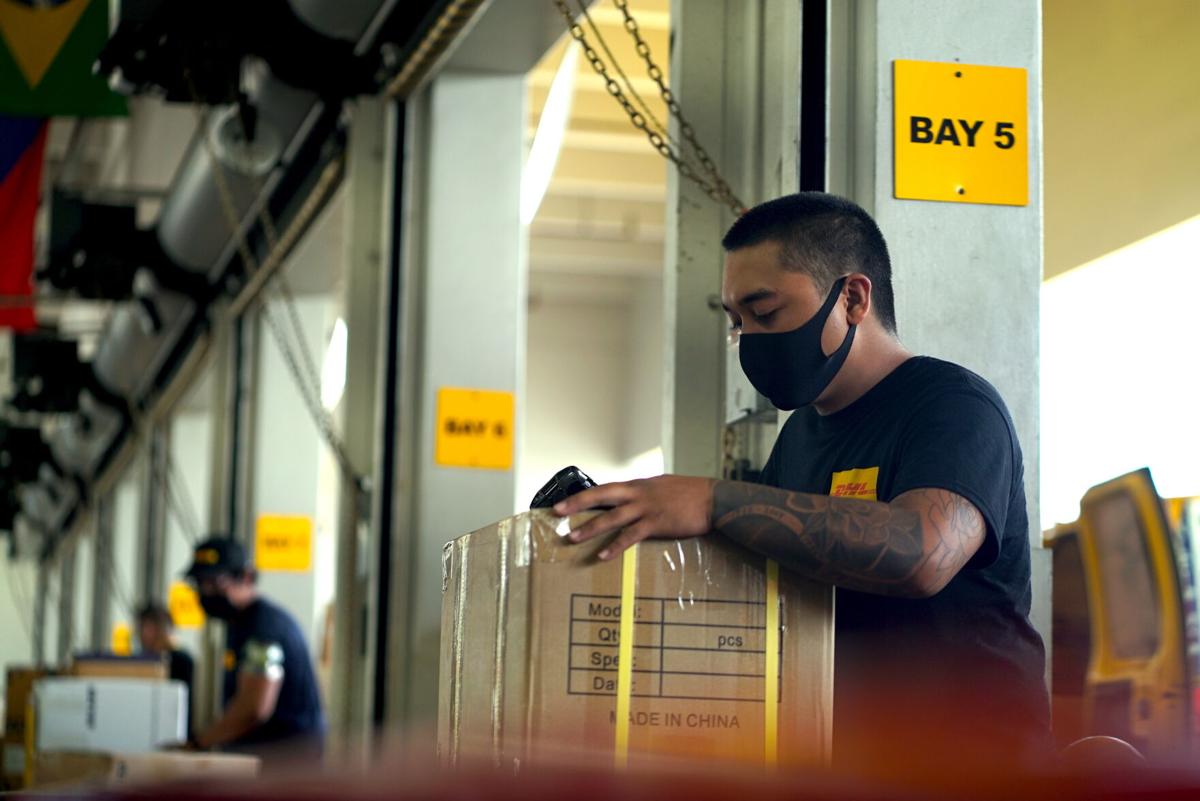 LOADING UP: DHL courier guard Brandon Muna checks in a package to be loaded for delivery at the DHL headquarters in Tiyan on Oct. 2. Kevin Milan/The Guam Daily Post 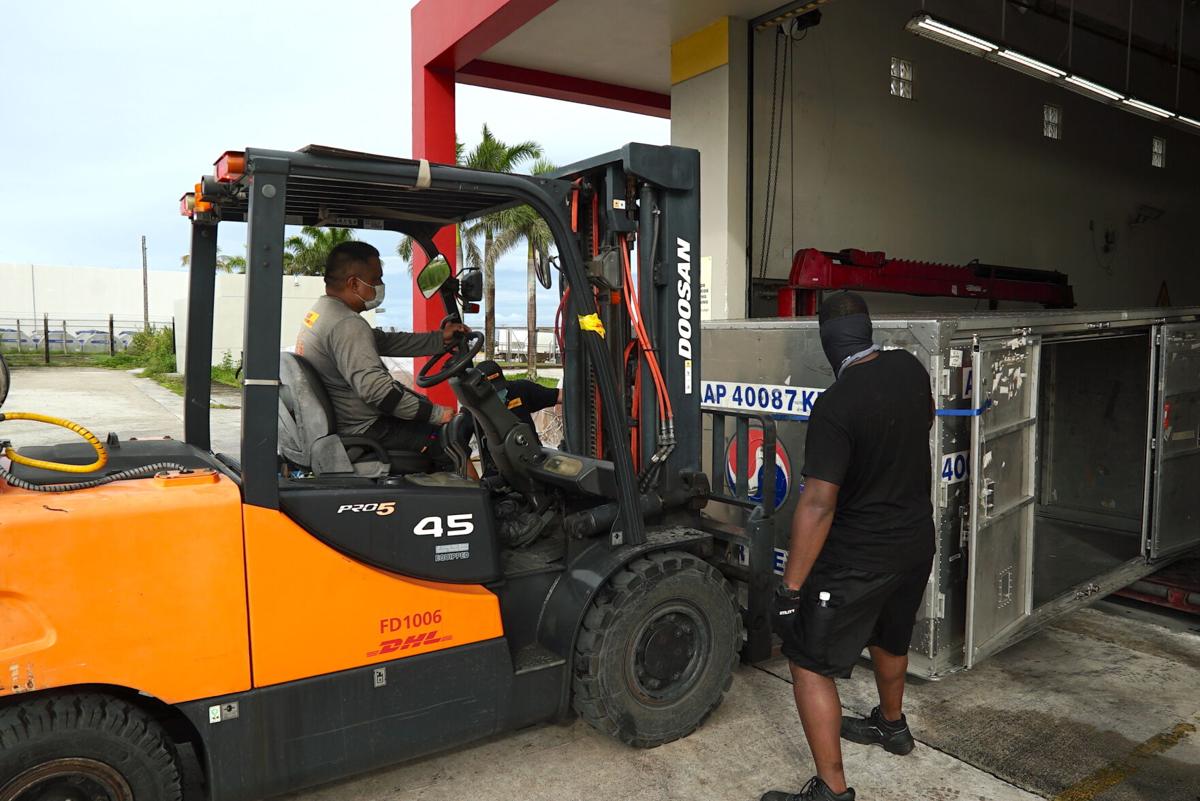 TEAM: DHL staff members at their headquarters in Tiyan pause for a photograph on Oct. 2. The local office is celebrating 50 years on Guam. Kevin Milan/The Guam Daily Post

LOADING UP: DHL courier guard Brandon Muna checks in a package to be loaded for delivery at the DHL headquarters in Tiyan on Oct. 2. Kevin Milan/The Guam Daily Post

From a small team in 1970 that started DHL’s first post in the Western Pacific, to a 32-member team that now oversees operations throughout the Micronesian and the wider Pacific region, the express mail and courier service company’s Guam office is growing.

Greg Dornon, general manager of the DHL Express Guam office, said the company’s reach first stretched from San Francisco to Hawaii, then to Guam. From Guam, there were offices built in Palau, Saipan, the Federated States of Micronesia and other areas in the Pacific.

This year, as DHL celebrates its 50th anniversary on the island, Dornon said the regional office continues to grow to meet the demands of customers, which have increased not just during the last few decades but also in the last few months.

“It was primarily business documents back before they had faxes or anything like that and it’s shifted now,” he said, noting that pharmaceuticals are among the products the company is entrusted to deliver.

He said in the early days of the local office, employees would get six- or seven-letter bags of documents to deliver. Now, they’re getting 33,000 to 44,000 pounds in one day.

He said there’s been an increase this year in direct consumer shipments - a popular trend in the mainland that is catching on locally.

“We’ve always had some business-to-consumer - but we’re getting a lot of that now where the shipment goes directly to the consumer,” Dornon stated. “For Guam, the pandemic really brought on the delivery directly to the door. We saw a significant increase in deliveries. Our inbound line is up about 30% or 40% - so a lot more shipments coming in.”

Electronics and “a lot of shipments like clothing” are being delivered directly to residents’ doorsteps, he said.

While the pandemic has had an impact on business and DHL makes sure all couriers have protective gear and vehicles are deep-cleaned, consumers’ shift to online buying means the company is busier than ever.

The local office also is adding two vehicles to its fleet of 15. That's nearly triple the six that were being used when Dornon first arrived on Guam more than 20 years ago.

Dornon said DHL is ready to continue serving the island in the coming years and to adapt to consumers’ changing attitudes.

And the convenience of ordering goods online, Dornon said, isn’t likely to decline, based on consumer behavior in the mainland.

“I think we’re going to see more and more of that in the express industry, where the delivery goes directly to the home,” Dornon said, adding that his sister-in-law is able to place an order on Amazon in the morning, and receive it that afternoon.

Dornon said Guam customers appreciate DHL's service and the company strives to ensure its service meets demands. He credits the company’s success to the employees, in whom the company invests.

“Guam is a regional office for DHL, it oversees Saipan, Palau, American Samoa, Marshall Islands, FSM,” he stated. “We hire all locally.”

DHL provides extensive training for all employees, sending them off island for a few days and training them. Employees are trained on the integrity of doing the job right the first time and doing the job with passion.

“As a company, we have really focused on taking care of our employees and making sure that we’ve given them the tools to be the best they can be,” Dornon stated.

“It’s our employees who make the difference. That is the key. Everybody has planes and trucks and buildings. … The employees – they are what makes the company better,” he added.

With the pandemic, the company is looking at ways to help ensure customer convenience and safety. One upcoming program is contactless delivery.

“So customers can arrange for us just to leave packages at their front door where they don’t have to sign for it,” he said. “I think that will probably be the trend of the future, where customers who want contactless delivery can arrange that.”

Also, in a year or two, Guam customers can get the app that allows them to follow DHL couriers who have their shipment.

"I really think consumers are going to enjoy delivery – where they’re not having to go to the store for everything they can order – whether it's U.S. mail or (through) any of our competitors," Dornon said.

That’s the wave of the future and that’s what’s taking place in the states, Dornon said.