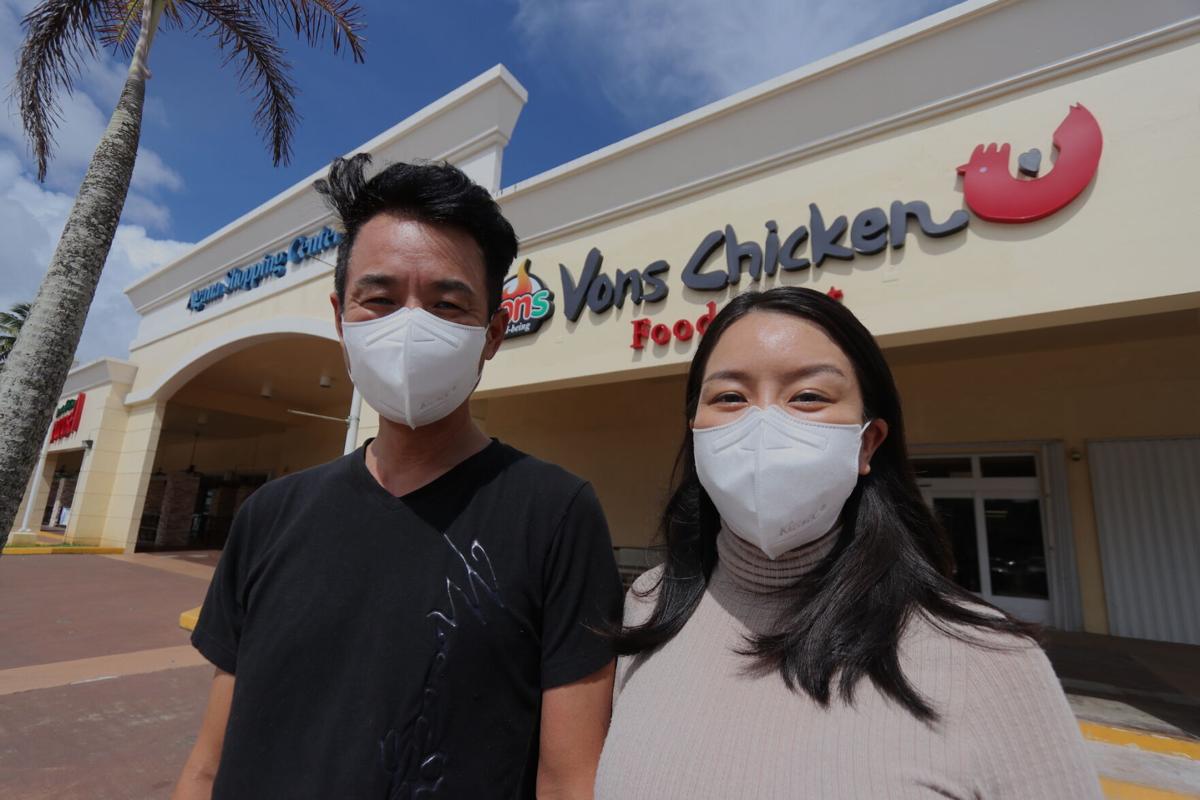 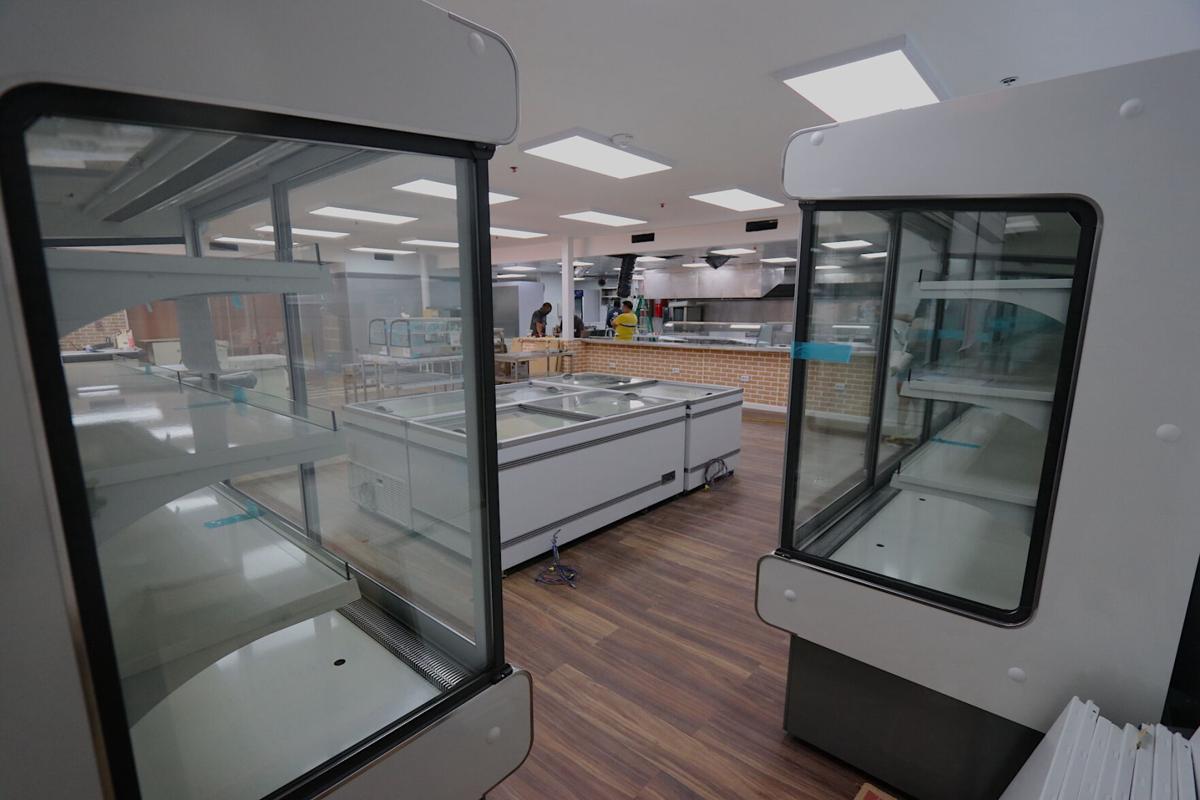 ALMOST DONE: Finishing touches are being made at the new Vons Chicken location at the Agana Shopping Center on Tuesday. A soft opening is slated for Oct.1. Dontana Keraskes/The Guam Daily Post

ALMOST DONE: Finishing touches are being made at the new Vons Chicken location at the Agana Shopping Center on Tuesday. A soft opening is slated for Oct.1. Dontana Keraskes/The Guam Daily Post

Vons Chicken in Hagåtña has relocated to the Agana Shopping Center and plans an Oct. 1 soft opening for an expanded array of goods and services that include an outdoor dining restaurant, a food mart and a bakery.

Yuni Kim, the franchise owner for Vons Chicken on Guam, said customers can expect a very different kind of dining and retail experience at the new location.

Vons Chicken occupies the former location of Tony Roma's which closed last year at the height of the COVID-19 pandemic.

The pandemic also has changed Vons Chicken's dining strategy, with the business offering only an outdoor dining experience with 10 tables.

The interior part will be the kitchen for the restaurant, the bakery and the food mart, where customers will be able to find favorite Korean products and treats, from frozen goods to drinks.

"We will also be offering party supplies. We will offer different kinds of frozen products, drinks, fruits, vegetables and other items that you would expect from a Korean food mart," Yuni Kim said, as she gave The Guam Daily Post a brief tour of the facility, which remains under renovation.

For 10 years, Vons Chicken served its famous gold chicken wings and other dishes from the Borja Building next to McDonald's along Route 4 in Hagåtña.

With the need for a bigger space, the restaurant decided to move to the shopping center and expand the goods and services it offers.

"We are excited about this expansion, and we hope people will come see us at Agana Shopping Center," Yuni Kim said. Her sister, Sun Hee Kim, owns the Vons Chicken Hagåtña branch.

It's one of the four branches on Guam. The others are in Yigo, Dededo and Harmon.

Vons Chicken, a South Korea-based chain, opened its first restaurant outside Korea in 2009, and that was in Harmon, Guam, Yuni Kim said.

"It has over 200 restaurants in Korea, and about 100 in the U.S., including Guam. Guam is the first location outside of Korea. We have our loyal customers here. We also have military customers who tasted the chicken here and when they went to Hawaii, or LA, they also looked for Vons Chicken there," Yuni Kim said.

Agana Shopping Center soon will see the opening of a new Ross Dress for Less store, also among its new tenants. "Opening soon" temporary signs from Ross have been posted recently at the former location of Pay-Less Supermarket.