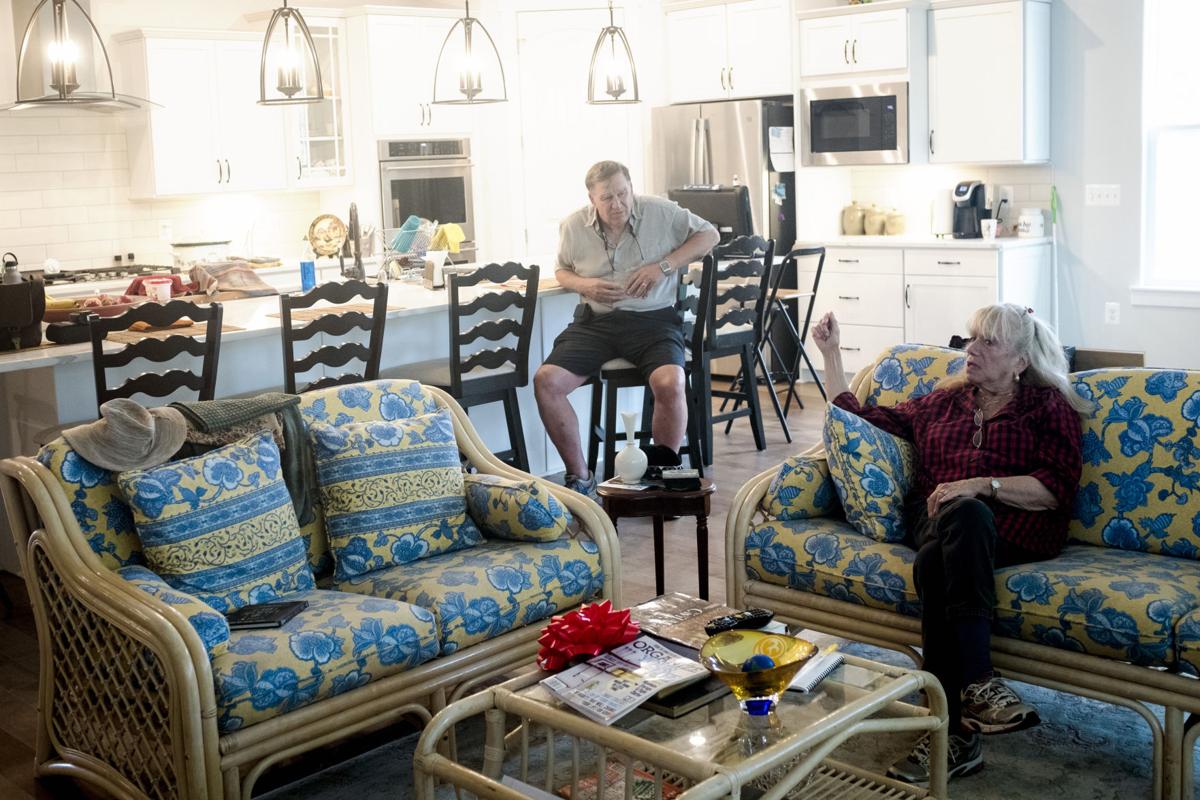 SITTING ROOM: Robin and Stefanie watch a Nationals game in the sitting room of their new house at the Four Seasons development in Chester, Md. 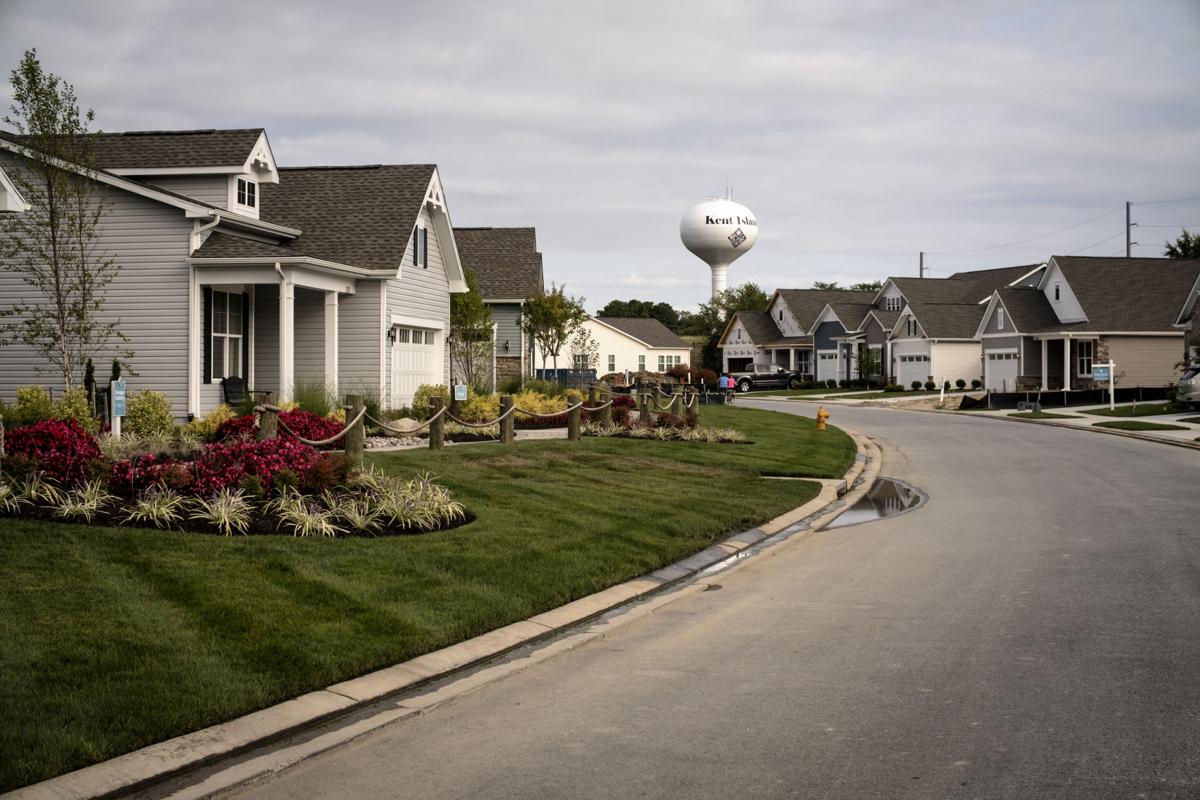 FOR ACTIVE ADULTS: The Four Seasons is an active adult community in Chester, Md.

SITTING ROOM: Robin and Stefanie watch a Nationals game in the sitting room of their new house at the Four Seasons development in Chester, Md.

FOR ACTIVE ADULTS: The Four Seasons is an active adult community in Chester, Md.

Robin and Stefanie Wohnsigl, a couple who recently moved to the Four Seasons at Kent Island active-adult community in Chester, Maryland, have been on a four-year journey to find the right place for their retirement.

"We sold our big house in Great Falls four years ago and downsized to an apartment in Reston, Virginia," says Robin Wohnsigl, a retired Air Force colonel and airline industry executive. "The apartment was great, it had indoor and outdoor swimming pools, and we loved Reston, but we had downsized too much plus we wanted a backyard for our dog."

"Not only did we want more space and wanted to get back to owning a home, but we realized that every time we crossed the Chesapeake Bay Bridge to visit our daughter in Dover, Delaware, we felt this complete decompression," says Robin, who is 76. His wife, who retired about 20 years ago, is 74.

For empty nesters transitioning out of their longtime houses, making the choice of a new place to buy in a 55-plus community doesn't always mean downsizing.

"Older home buyers today are 'smart-sizing' rather than just downsizing," says Mollie Carmichael, a principal with Meyers Research, a housing research firm in Costa Mesa, California. "Affordability is a big priority before and during retirement, so people think they need to downsize for financial security, but that's not always true."

In active-adult communities, where typically residents must be 55 or older, the average home size is 1,500 to 1,800 square feet, Carmichael says.

"We've found that about 30 percent of people who move to age-restricted communities move to a larger place within the community after they've lived there for a while," Carmichael says. "They just want a little extra space and yet want to stay in the neighborhood."

When Kevin and Sue Hanrahan retired at age 55, they fully intended to downsize from their three-level house in Ashburn, Virginia. But like other older buyers, they found something better than downsizing: a "right-size" home.

"Our priority was not having three levels," Sue Hanrahan says. "We would have been fine with a one-level house with two bedrooms and two bathrooms, but we ended up buying a house that also has a lower level with a third bathroom and the option for a third bedroom."

The Hanrahans purchased their home from Shea Homes at Trilogy at Lake Frederick in Lake Frederick, Virginia, four years ago to be closer to their two adult daughters. The basement level is primarily used as a playroom for their three grandchildren.

Rhea Jacobson, a home buyer at the Atrium at MetroWest being built by Pulte near the Vienna/Fairfax-GMU Metro station in Virginia, downsized once already and plans to downsize a little more to move into the new active-adult community adjacent to her current home at MetroWest.

"Two years after my husband passed away, I moved from King Farm in Rockville, Maryland, to a two-level townhouse at MetroWest to be closer to my daughter and my grandkids," Jacobson says. "My two priorities were to buy something new so I didn't have to do maintenance and to be near Metro so I could get downtown. My friends are scattered around the area and so my social life is more downtown than anywhere else."

Her first move cut her living space in half. Her next move, into an active-adult community where she plans to live in a one-level condo, will reduce her space by about 150 square feet.

"I love my location, so I am happy to be moving just one block away," she says. "I really want to be all on one floor instead of climbing stairs every day."

"These new floor plans cater to all sorts of buyers, including those who want to downsize, right-size and upsize," Ash says. "They're all single-family homes designed with large sliding-glass doors that link to a covered patio, which addresses the need for more living space. And these designs have the flexibility to accommodate families with aging parents or boomerang adults living with them."

For Kari Peterson, a 62-year-old ReSizer client who now rents a townhouse in Haymarket, Virginia, the decision to move was triggered by her realization that her consulting business allows her to live anywhere. She chose Haymarket to be closer to her children and grandchildren.

"I right-sized to where I am now," she says. "I found it liberating to get rid of things like lawn equipment, a desk ... I plan to buy in a year or so."

The right-size home depends on your family needs, budget and location.

"People need to figure out what they can afford and what they can find in their market," Carmichael says. "In Texas, for example, most 55-plus buyers choose something equal or bigger than their current home, but in more expensive markets like California you're likely to see more people downsizing."

"Affordability is a big priority before and during retirement, so people think they need to downsize for financial security, but that's not always true." – Mollie Carmichael, principal, Meyers Research