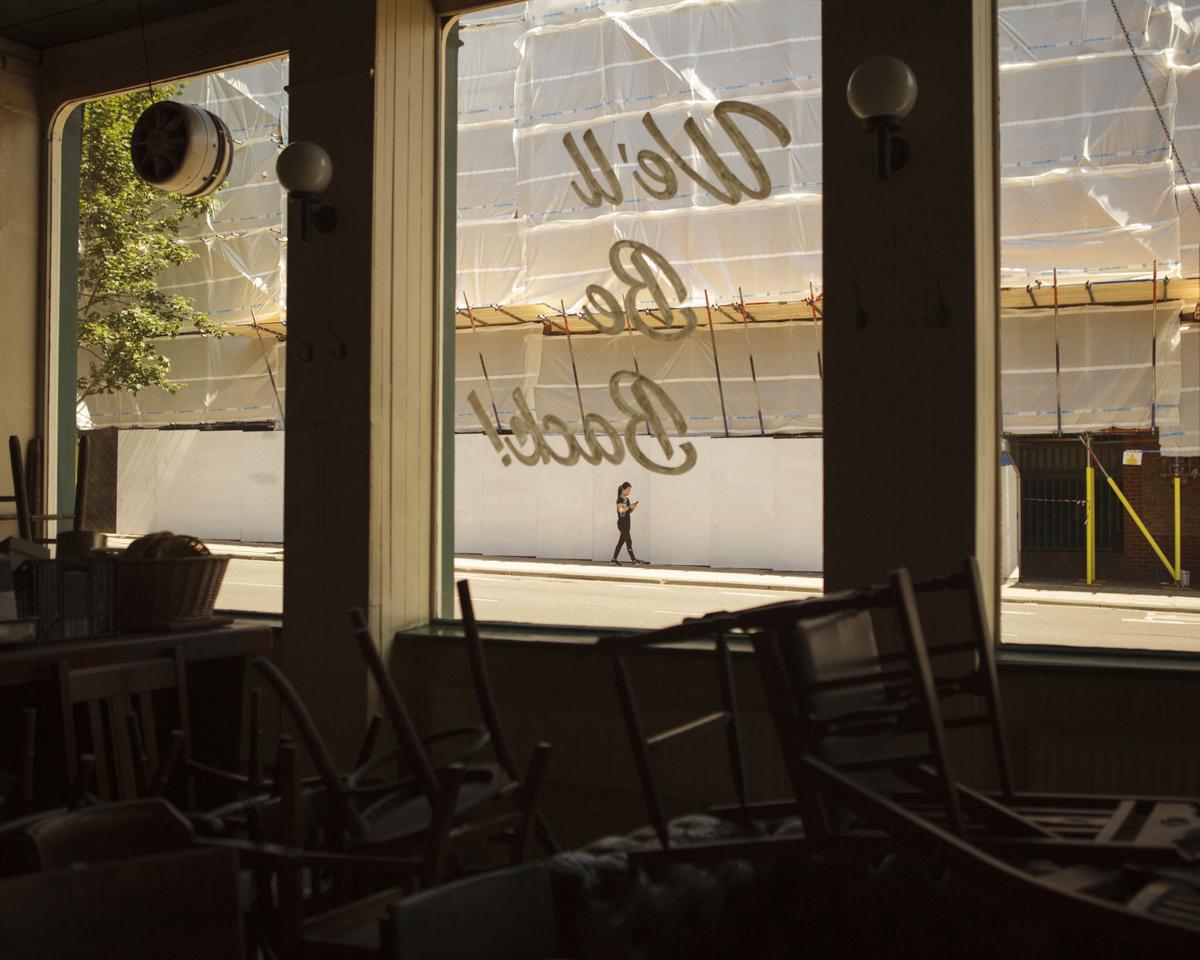 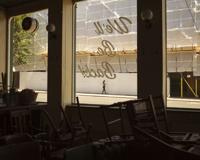 ON FARRINGDON ROAD: The Eagle pub in London is located on what in pre-pandemic times was a busy Farringdon Road. Tori Ferenc/For The Washington Post 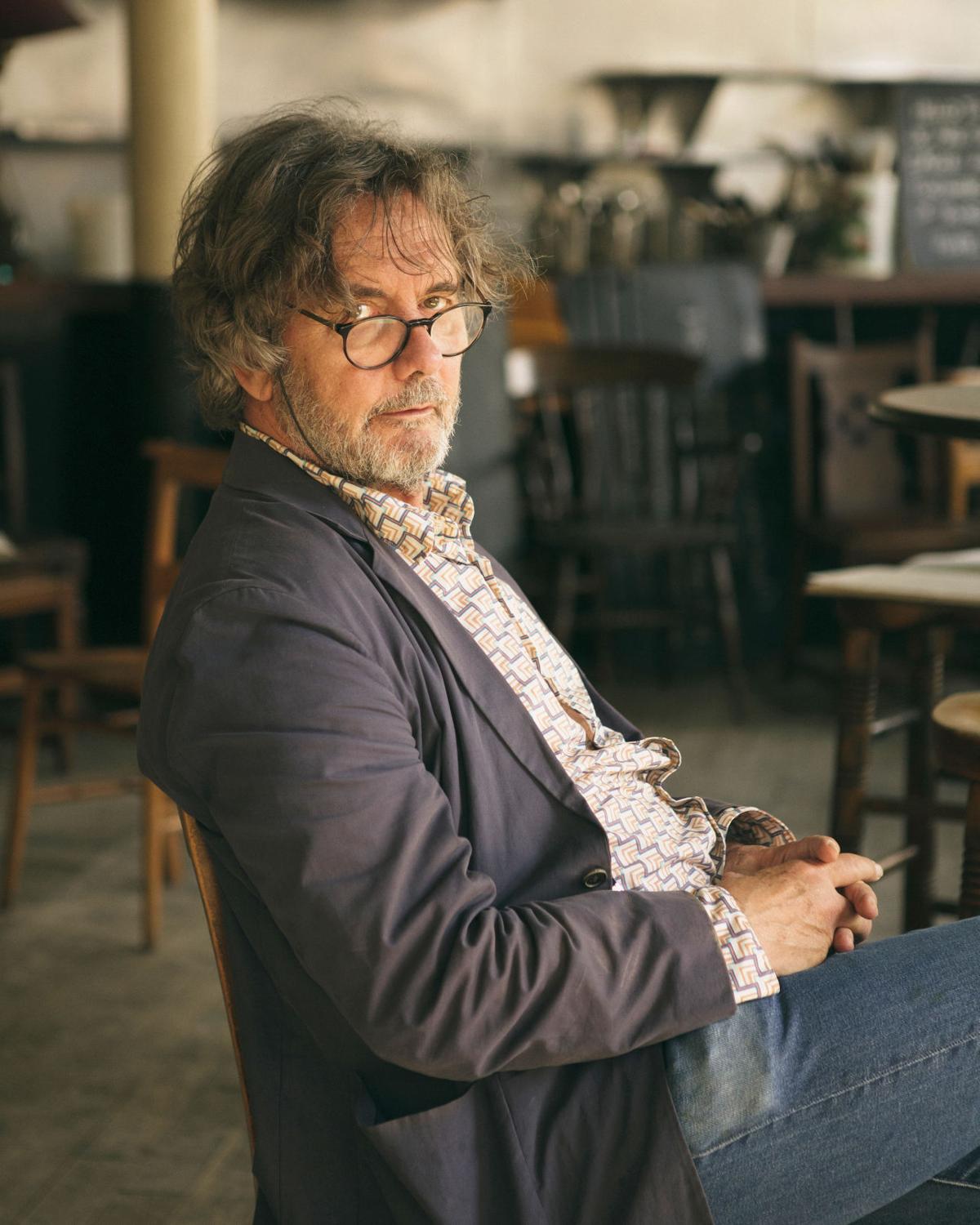 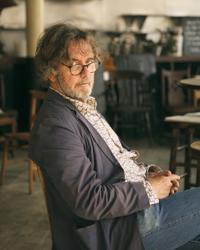 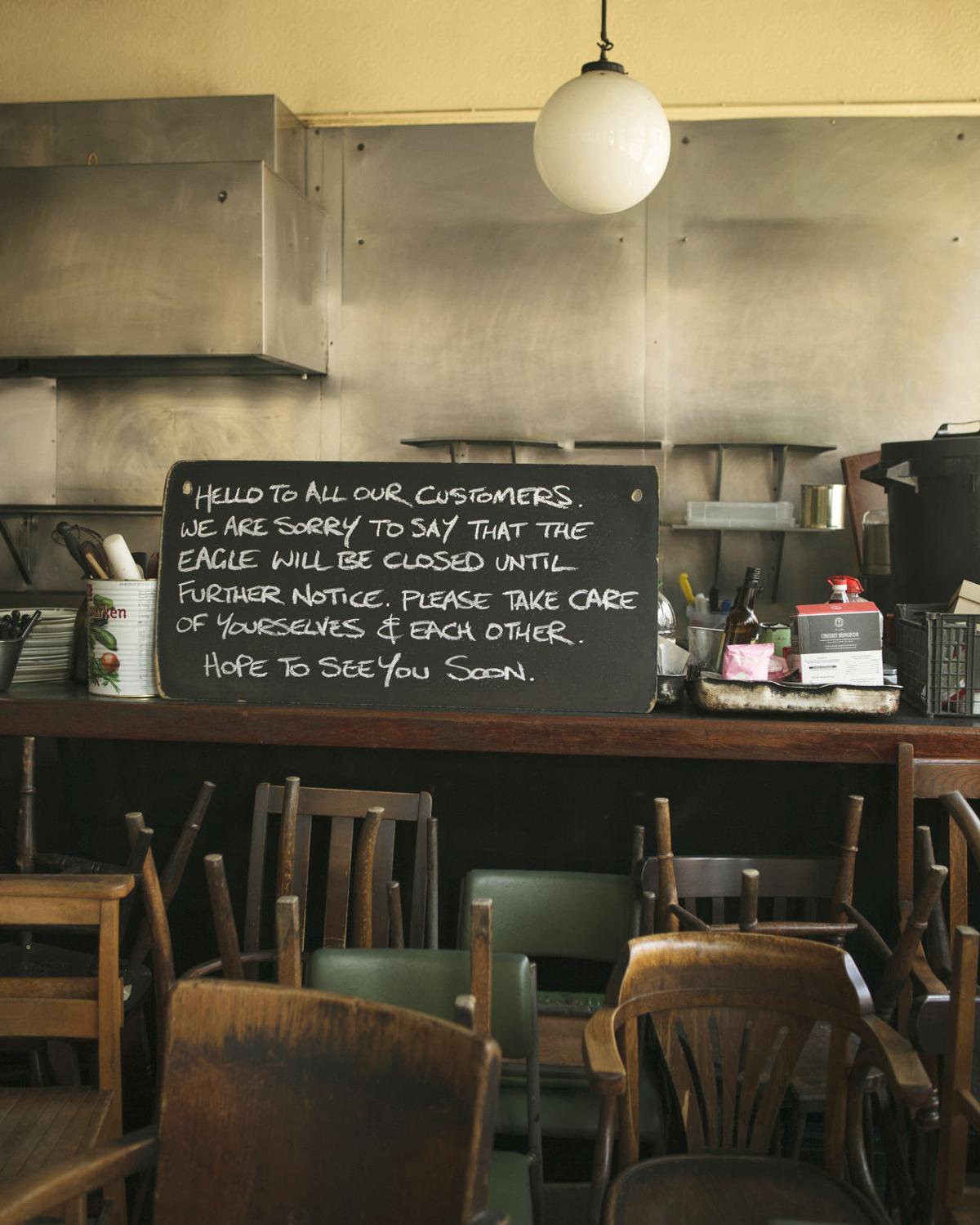 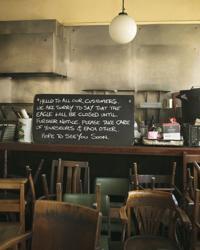 HOPE TO SEE YOU SOON: A sign inside The Eagle in London. Tori Ferenc/For The Washington Post

ON FARRINGDON ROAD: The Eagle pub in London is located on what in pre-pandemic times was a busy Farringdon Road. Tori Ferenc/For The Washington Post

HOPE TO SEE YOU SOON: A sign inside The Eagle in London. Tori Ferenc/For The Washington Post

LONDON – Michael Belben paces the wooden floor of The Eagle, trying to imagine pub life in a coronavirus world.

Chairs are stacked in a dusty jumble. A box of blue latex gloves sits on a ledge. A worn, green leather sofa, a choice seat at Sunday brunch, has been shoved aside, under a window bearing a message in jaunty script: "We'll Be Back!" Belben, gray hair flopping, is focused on making that happen.

Tape measure in hand, he moves from bar to window to sidewalk. Must he allow a full 6 feet between customers, or will 3 do? Prime Minister Boris Johnson's government has promised to make the call within days, but Belben and proprietors of 47,000 other pubs in Britain are fuming about delays.

"They are dithering," Belben said of the government. "And it's the difference between profit and loss."

Thirty years ago, The Eagle was the sort of dark Victorian tavern where afternoon boozers hid from bosses or the occasional irate wife. Belben and a former business partner bought it and transformed it into one of the first and liveliest gastropubs in London. By serving steak sandwiches and good wine at beer-and-chip prices, they turned a patch of unlovely Farringdon Road into a foodie destination.

Now, Belben fears The Eagle, and a very British way of life, could face extinction.

Earlier this month, major stores were reopening. Pubs and restaurants have been told by officials to wait until July. To their consternation, the prime minister who urged people to avoid pubs and clubs in March has shared no advice on how such places can be coronavirus-safe or viable.

"It's very frustrating," said Emma McClarkin, chief executive of the British Beer and Pub Association, a trade group. "A British pub is different from all other places. It is part of our culture. It is what people do. We are so much more than an economic player. ... We are the beating heart of communities.

"We need (Johnson) to say: 'It is safe for you to go to your pub.' He needs to build up the confidence again."

Social distancing has become the most vexing concern. The association estimates that if distancing remains at 6 feet, only a third of all pubs in England will survive. Cut that to 3 feet and three-quarters of pubs might have a chance.

Any decision will certainly be driven by politics – in part because the science and the data behind distancing are slippery. The medical study interpreted as a rationale to reconsider distancing has been detailed as flawed by a Guardian report. With Britain's death count exceeding 42,500, the government is considering shorter distances if people also wear masks or add other protections. An announcement may be made on Tuesday, several media outlets reported.

"The challenge for the country, for all countries, is how to get as much of normal life going again ... in a way that is safe," health secretary Matt Hancock said in a BBC interview Sunday.

Belben furloughed 19 bartenders and chefs in March as the government ordered workers home to wait out a wave of infection. Data released this month revealed the lockdown's initial outcome: a calamity that outstripped the 2008 financial crisis.

The Office for National Statistics said Britain's economy suffered its largest monthly contraction on record, falling 20.4% in April. More broadly, 18 years of growth evaporated. Pubs and restaurants, airlines, universities, factories and theaters suffered the most, but no sector escaped pain.

Recovery will likely be gradual at best, and Britain's exit from the European Union later this year will only complicate matters.

Belben met top staff last week. He had already cut a deal with his landlord to skip paying rent for three months. The Eagle qualified for government aid to cover 80% of wages through October and, more recently, clinched a $63,000 bank loan with no interest to be paid in the first year, to bulk up its cash.

But Belben wanted chef Ed Mottershaw and general manager Alun Thomas, both employees for over 16 years, to sort through how operations would have to change. Upward of 50 or so customers often jammed the pub's 1,000-square-foot space before the pandemic; distancing rules could reduce that to as few as 20 people.

The trio agreed wooden ledges would be hammered onto exterior walls to allow customers to drink in the open air. An upstairs art gallery would be emptied and tables shifted there for wide-spaced dining.

More difficult choices were hashed out. The Eagle would no longer be a sidle-up-to-the-bar kind of place. A dozen stools would be added so customers could perch instead of lounge with a pint. Barkeeps would turn into waiters, taking orders at tables.

The front door would stand open so fresh air could circulate. The menu would be limited to three items – Belben winced slightly – that would be scrawled on a window chalkboard to encourage takeout. The Eagle would refuse cash. More credit card machines would be needed, and quickly.

For nearly an hour, the men debated fixes and how to keep the place authentic. Mottershaw asked if they needed to add another hand dryer in the restroom to accommodate more hand-washing. Thomas scrolled his phone, checking texts from staff about who wanted to return. Belben shook his head when delivery service was raised. Thomas cajoled: "We should never say never. It might be a good extension of the business."

Mottershaw and Thomas, on bike or on foot, have visited Covent Garden, Soho and Borough Market to check out other eateries. Stools could be on sale, cheap, at a pub where movers were seen hauling stuff out, Mottershaw suggested.

Belben is the raconteur of the three, and he perks up with memories of how The Eagle always exceeded expectations. It opened amid the 1991 recession and within weeks was buzzy. Belben, now 68, paid off his purchase debt in less than three months.

The late Zaha Hadid and other architects in the neighborhood were regulars. (She ordered steak.) The Guardian was down the street then, and writers and photographers cashed paychecks at the till. Chat-show host Graham Norton was a bartender early on. He performed a one-man show upstairs and – Belben erupts with laughter – at times he would tuck a tea towel around his head to spoof Mother Teresa.

The Eagle is mostly mirthless now. All jobs are on the line – and more than 10 million people, salaried as well as self-employed, are not working because of coronavirus. More than 2 million of the lost workers are in hospitality. The challenge, as the government says, is restarting the economy without the deadly virus resurging.

The Eagle turned a good profit when it bustled 12 hours a day, serving 120 lunches, 150 dinners and countless drinks. Belben had few words when asked if, and when, those times would return. "I don't know," he said. "I just don't know."