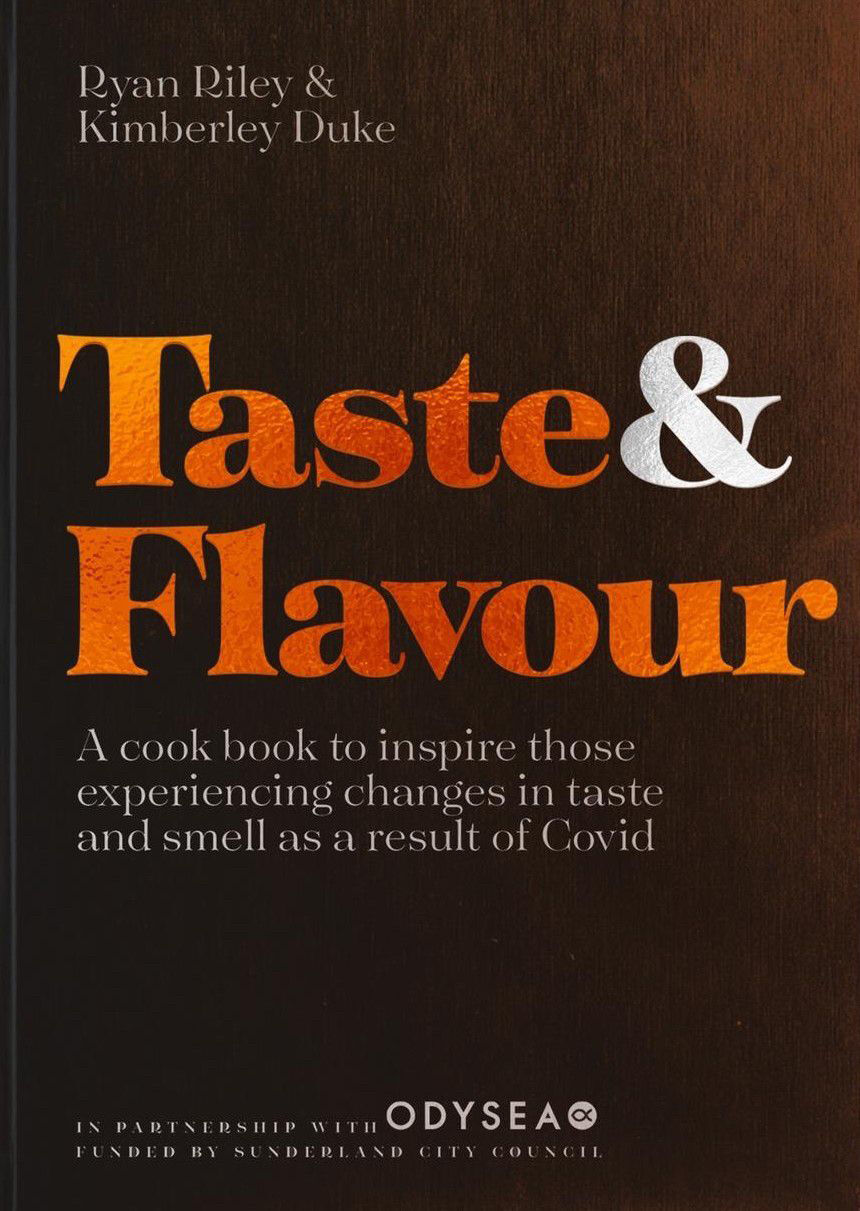 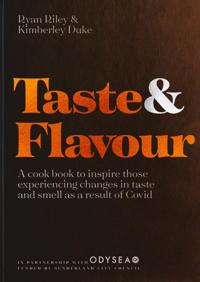 'TASTE & FLAVOUR': "Taste & Flavour" contains 20 recipes and was released on March 29. The cookbook is free and available for download. Life Kitchen 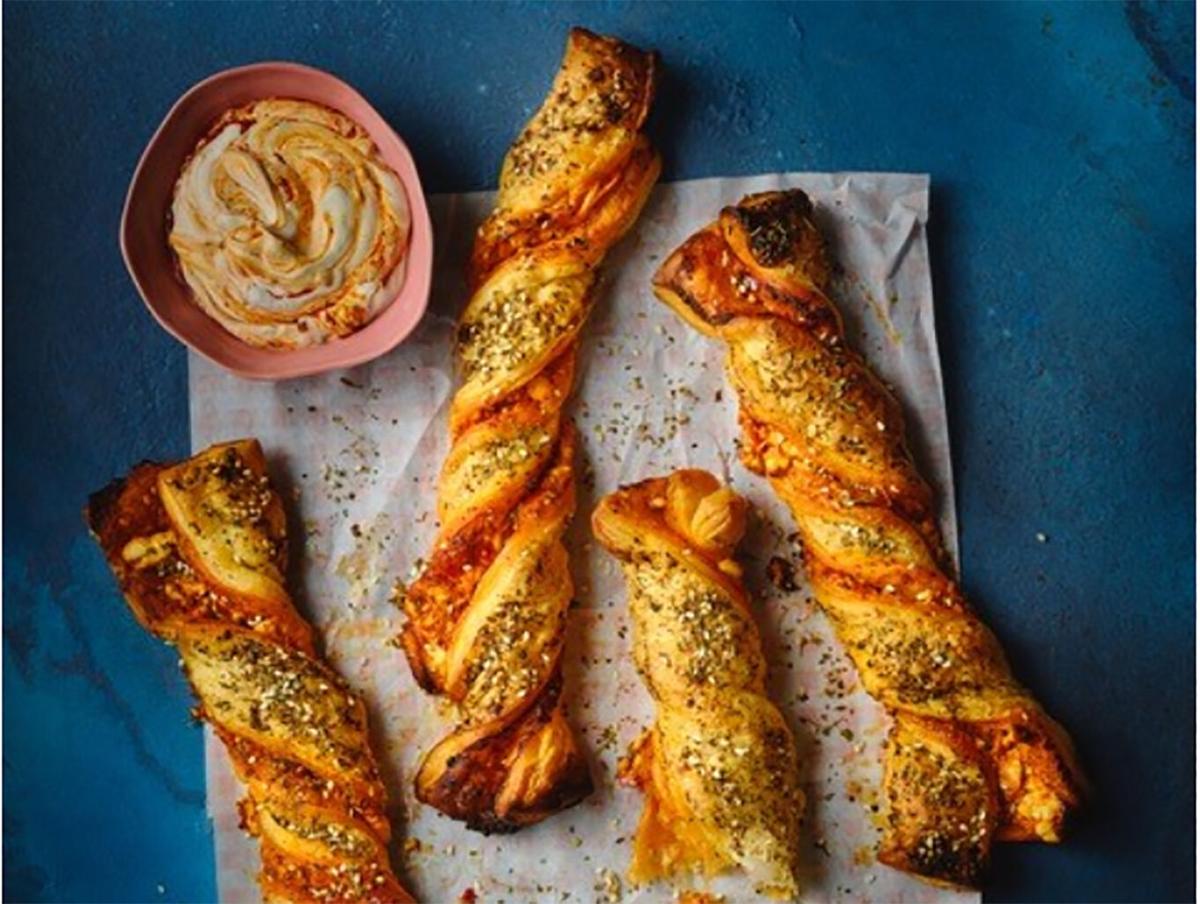 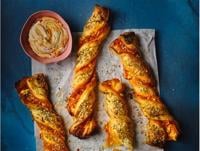 RECIPES WITH A TWIST: Preserved lemon, feta and za'atar twists from the "Taste & Flavour" cookbook, which is a collection of recipes for people who have lost their taste and smell due to COVID-19. Photo by Craig Robertson 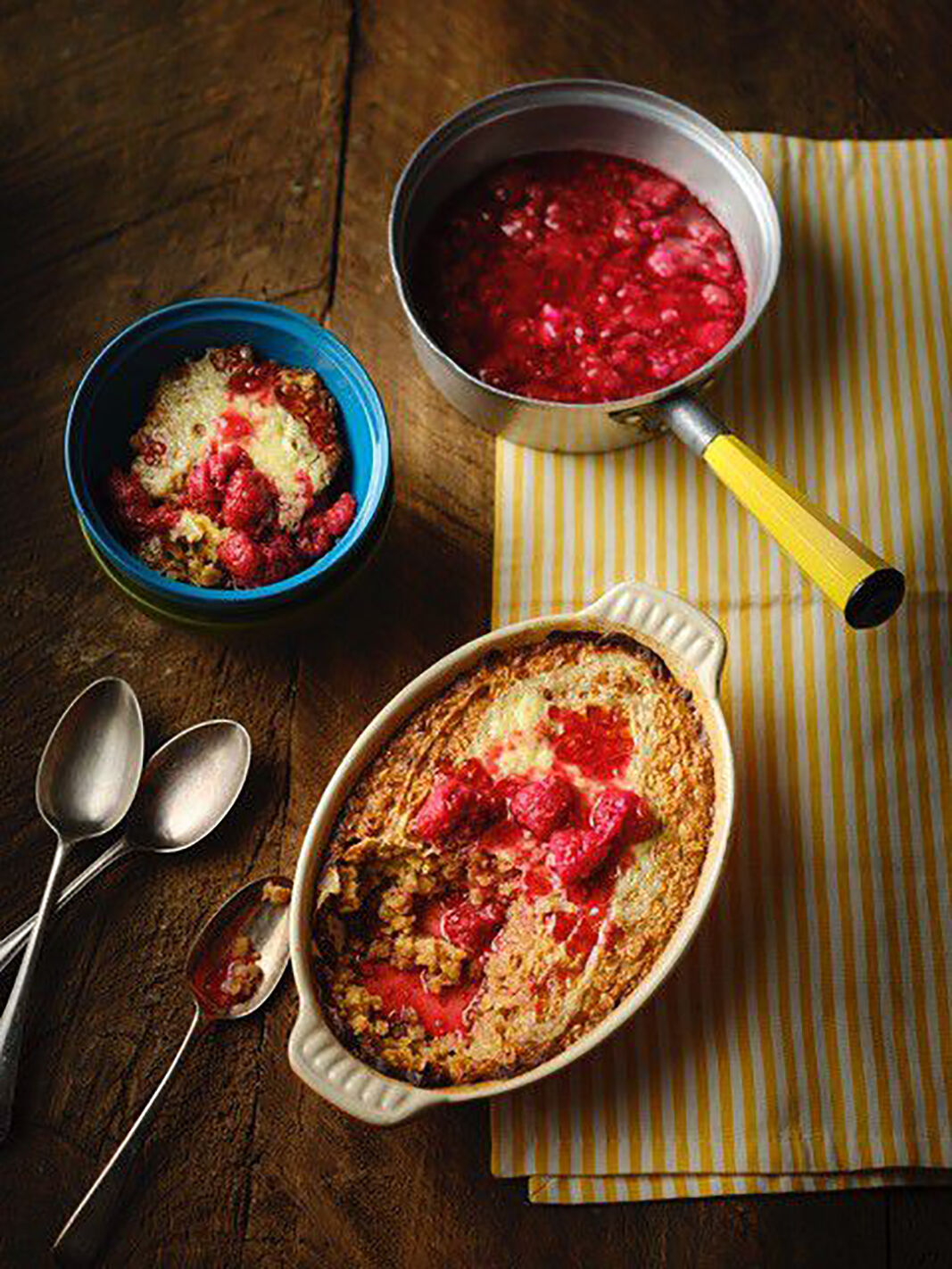 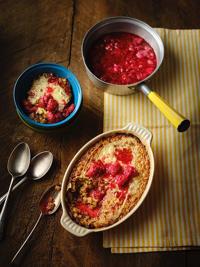 DESSERT: Baked vanilla oats with cardamom, raspberry and rose syrup is one of several desserts featured in "Taste & Flavour." Photo by Craig Robertson 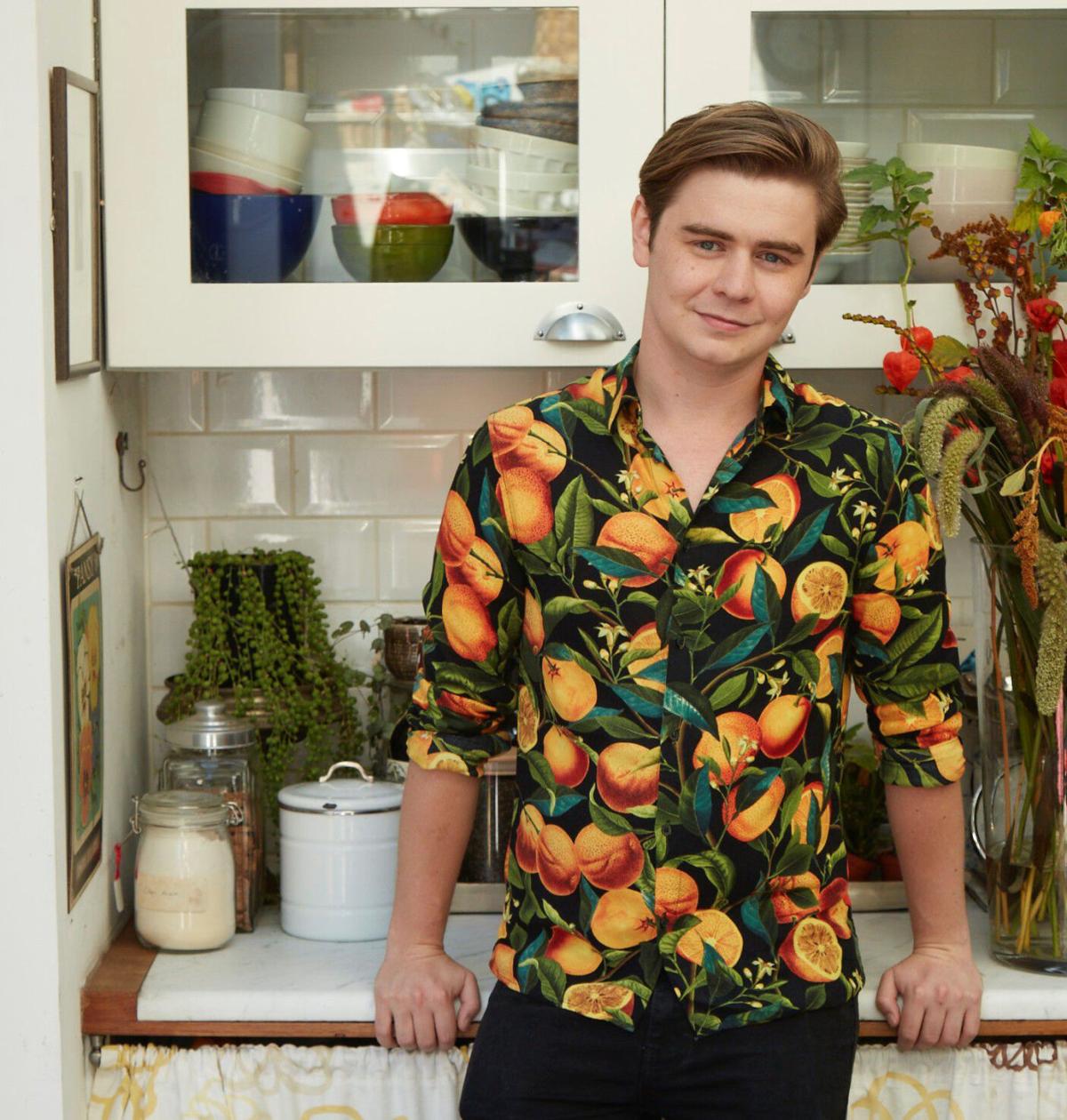 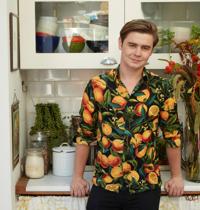 RILEY: British chef Ryan Riley, 27, who co-wrote a free, science-based cookbook filled with recipes for people who have lost their sense of taste and smell after contracting COVID-19. Photo by Clare Winfield 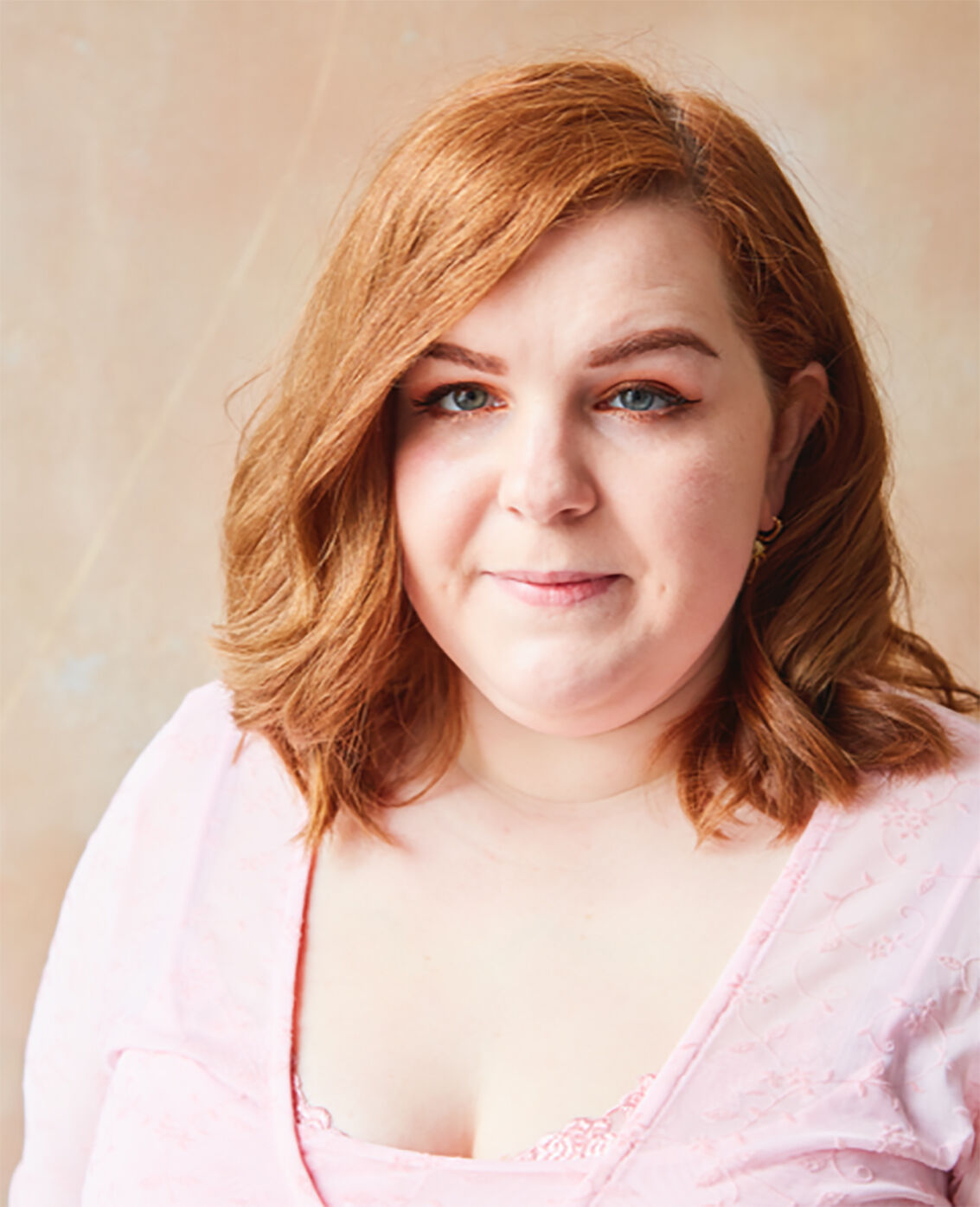 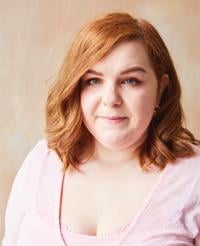 DUKE: Kimberley Duke, 28, a British chef, is Riley's childhood best friend. They teamed up to write the "Taste & Flavour" cookbook and collaborated with scientists and patients. Photo by Clare Winfield

'TASTE & FLAVOUR': "Taste & Flavour" contains 20 recipes and was released on March 29. The cookbook is free and available for download. Life Kitchen

RECIPES WITH A TWIST: Preserved lemon, feta and za'atar twists from the "Taste & Flavour" cookbook, which is a collection of recipes for people who have lost their taste and smell due to COVID-19. Photo by Craig Robertson

DESSERT: Baked vanilla oats with cardamom, raspberry and rose syrup is one of several desserts featured in "Taste & Flavour." Photo by Craig Robertson

RILEY: British chef Ryan Riley, 27, who co-wrote a free, science-based cookbook filled with recipes for people who have lost their sense of taste and smell after contracting COVID-19. Photo by Clare Winfield

DUKE: Kimberley Duke, 28, a British chef, is Riley's childhood best friend. They teamed up to write the "Taste & Flavour" cookbook and collaborated with scientists and patients. Photo by Clare Winfield

On a Sunday afternoon last March, Gillian Dixon was cooking roast beef for lunch, which would normally fill her home in the United Kingdom with a distinct savory scent.

That day, though, something was amiss: "I suddenly thought, 'I can't smell the beef,' " Dixon, 53, recalled.

Her concern mounted when she took a bite of the roast and couldn't taste it.

Back then, Dixon was unaware that she was experiencing a symptom of COVID-19, and that she would become a COVID "long-hauler," with her sense of taste and smell disappearing for nearly a full year because of the disease caused by the coronavirus.

Ryan Riley is a British chef who has spent the past several months concocting an array of science-based recipes to help people like Dixon enjoy food even though their sense of smell and taste is compromised.

He co-wrote the cookbook "Taste & Flavour," which has recipes that elevate flavor combinations, textures and other sensory elements that might stimulate a long-hauler's dulled senses.

"It's all about adding extra sensory excitement into your food," said Kimberley Duke, a fellow chef and Riley's childhood best friend who co-wrote the cookbook, which is free and downloadable.

With the recipes, they aim, for example, to stimulate the trigeminal nerve – which triggers sensations when eating foods like mint, wasabi and cinnamon.

They also focus on the visuals of each dish: "You can never forget how much we eat with our eyes," Riley, 27, said.

Consulting with scientists, researchers and patients, they created recipes with texture, bright colors and acidic flavors – such as veggie pineapple tacos, umami biscuits, and baked vanilla oats with cardamom, raspberry and rose syrup.

'We had to flip everything we know'

Many recipes in the book are based on the work of Barry Smith, co-director of the Center for the Study of the Senses at the University of London. Smith and his colleagues research the different ways COVID-19 can alter a person's senses.

About 80% of taste depends on our sense of smell, Smith said, which is why COVID-19 patients experiencing muted smell also struggle with taste.

Some 65% of people who have contracted COVID-19 worldwide experience some form of smell or taste disorder, Smith said, adding that 10% of those cases are long-term, and 3% will probably be permanent. He said people understandably find it frustrating.

"People get very depressed when they lose their sense of smell," Smith said. "The risks to mental health are great."

For people struggling with parosmia, there are several common foods that elicit a foul smell and taste, including garlic, onions, eggs, roasted meats, coffee, chocolate and, strangely, toothpaste.

"Instead of being familiar and usually desirable aromas, the smell is disgusting. People have talked about a rotten, decayed smell," Smith said. "People with parosmia end up resorting to things that are sugary, and they don't get enough nutrition."

Those with anosmia, or partial loss of taste and smell, on the other hand, can sometimes taste hints of basic flavors, like salt, lemon and sugar. Cooking with umami-rich elements – like mushrooms, cheeses and soy sauce – can activate saliva flow while boosting other flavors in a dish, Smith said.

The cookbook, which was released March 29, includes 17 recipes that emphasize texture, umami, layering and stimulating the trigeminal nerve, while eliminating common ingredients that could be offensive, like garlic and onions.

"We had to flip everything we know about creating flavor on its head," Riley said.

A labor of love

For Riley, creating the cookbook was a labor of love. In 2017, he started teaching free cooking classes for people with taste and smell loss caused by cancer treatments. He dreamed of opening a nonprofit cooking school, he said, after losing his mother to lung cancer when he was 20.

"I was her primary caregiver, and it was a very traumatic and awful time," he said. "Through that period, I saw it wasn't just the treatment that was impacting her quality of life; it was also that she wasn't enjoying food and lost her appetite."

Chemotherapy treatments dulled his mother's sense of taste, he said, which made mealtimes distressing for her, especially since she was an avid cook.

Riley was determined to help others suffering from the same, common chemotherapy side-effect, and he wanted to do it for free.

"It just felt right that something that could be useful should be accessible to all," he said.

Riley and Duke opened Life Kitchen in 2019 as a free cooking school for cancer patients to teach cooking skills and recipes that might restore the pleasure of eating.

Duke, 28, and Riley have known each other since they were 2 years old. As young adults, they bonded over their shared pain, as Duke's mother also died of cancer, and she, too, lost her sense of taste while undergoing treatment.

While working on the project, they got support from well-known chefs, including Nigella Lawson – who lost her husband to cancer – as well as some local organizations. They eventually raised enough money to open and operate the school, which is in Riley's hometown of Sunderland, England.

After the pandemic hit and taste and smell loss became a common COVID-19 symptom, the Life Kitchen team mobilized to create an accessible, research-based cookbook.

They started with 300 recipes, and after they narrowed the dishes down, they connected with a group of COVID-19 long-haulers who were willing to try the recipes and provide feedback. Dixon was one of those people.

Life Kitchen sent her three recipes to try, as well as funds to buy the ingredients, in early February.

Dixon cooked up preserved lemon, feta and za'atar twists; fiery tomato soup with sesame-seed butter toast; and cherry and almond tarts. Then she sampled her creations.

"I think it really helped me to stimulate my taste buds," she said. "It was absolutely amazing to feel a small sensation after nearly 10 months with no taste. I could start to taste distinct flavors like vanilla, almond extract and chili flakes."

She couldn't taste everything, but it was a start.

"The recipes were really simple and easy to follow," she said. "And they didn't take long."

Dixon – whose partner also lost his sense of taste and smell for several months due to COVID-19 – enjoyed the recipes so much, she said, that she's made them numerous times.

"This book is going to really help people," she said. "It's a worldwide problem, and it's important that people don't lose hope."

Riley and Duke say they've heard from many people who have used their recipes to great effect.

"We've had wonderful moments of people tasting something for the first time in months and they start crying," Riley said.

"I just want to give people a bit of joy in such a dark time," he continued. "Food is the one thing that unites us all, and we all deserve to enjoy it."