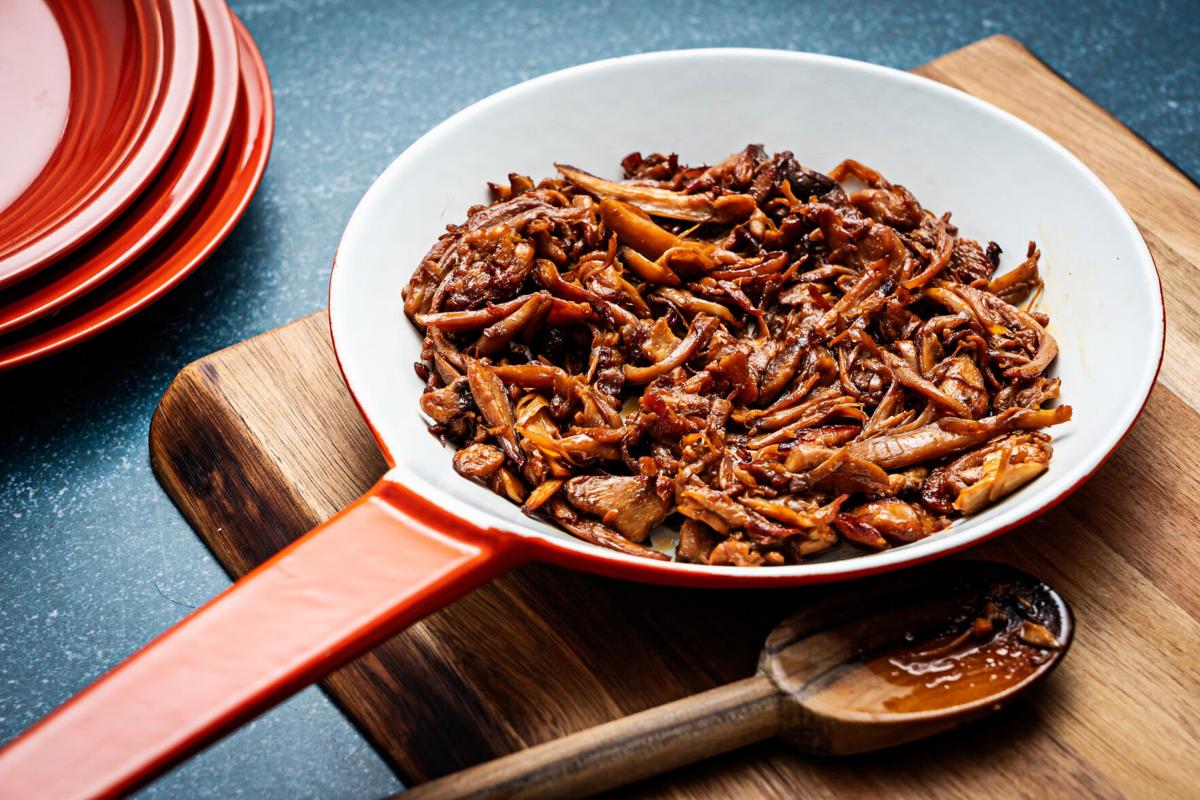 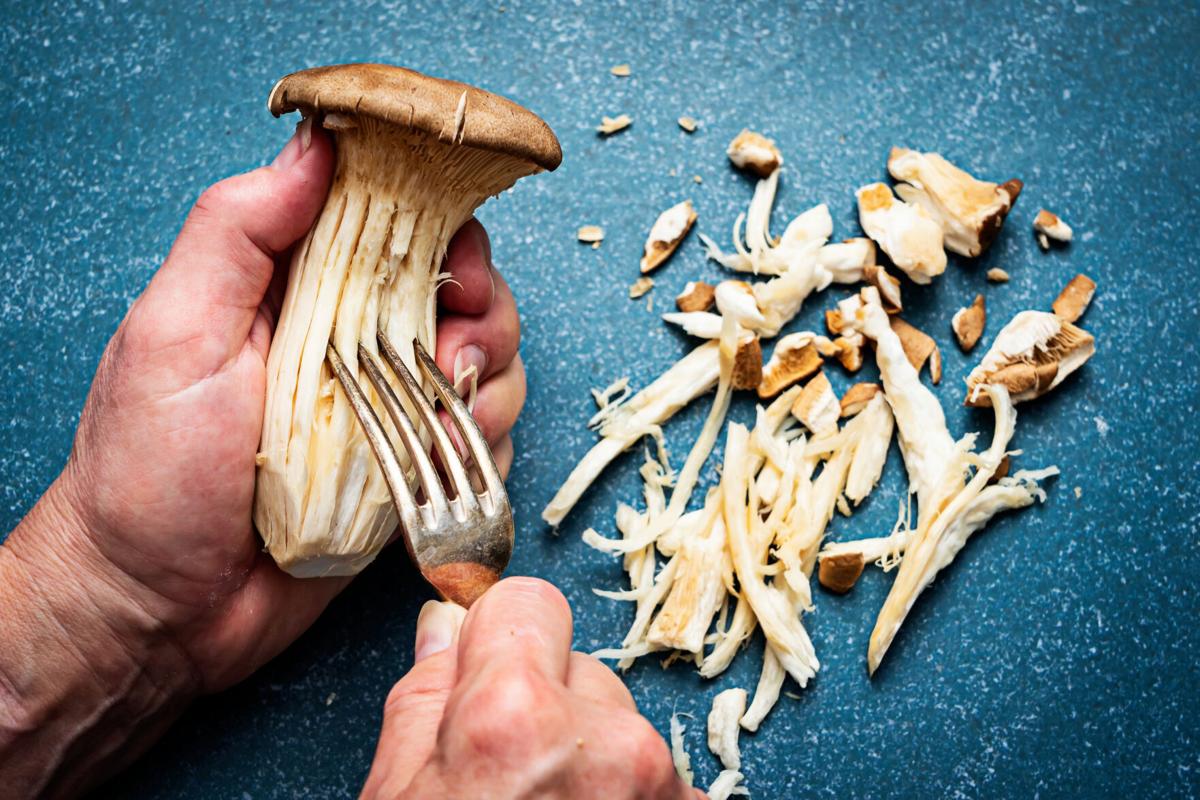 GET TO SHREDDING: In this recipe, you pull the mushrooms, shredding them with a fork, before you cook them, rather than after. Scott Suchman/For The Washington Post

GET TO SHREDDING: In this recipe, you pull the mushrooms, shredding them with a fork, before you cook them, rather than after. Scott Suchman/For The Washington Post

Toward the end of the introduction to her new cookbook, Miyoko Schinner writes what might be the best comeback I've read to a frequent question: "Why would a vegan or vegetarian want to eat something that reminds them of meat?" I often find the question annoying because it is so often asked with a "gotcha!" attitude that reveals much about the person asking.

Schinner's answer: "The truth is that we just want something substantive that's chewy, tasty, and succulent. I don't think most people – vegan or even omnivore – care if it tastes exactly like meat; they just want something to bite into with a lot of flavor."

Founder of the vegan cheese and butter company Miyoko's Creamery, Schinner wrote "The Vegan Meat Cookbook" partly as a response to the new wave of commercially available meat alternatives, including the so-called tech meats introduced by Beyond Meat and Impossible Foods. She notes that some of them have justifiably drawn fire for including "mysterious, often unpronounceable ingredients, leaving some people questioning how truly healthy or 'natural' they are." But she also defends them as better than "cholesterol-and-hormone-laden" animal flesh, adding that at this "critical point in history ... we must think beyond our individual health to consider that of the planet and animals, both domestic and wild."

Schinner's book includes plenty of recipes that use such products. But I was more interested in recipes for her own DIY meat alternatives, since she uses non-mysterious, easily pronounceable ingredients in them. And given that I'm such a fan of mushrooms, I was happy to see so many of her strategies put them to delicious-looking use.

My favorite recipe so far uses one of the biggest mushrooms around – the king trumpet (aka king oyster) – to stand in for pulled pork. But in this case, you pull the mushrooms, shredding them with a fork, before you cook them, rather than after. Then you toss them in a fairly simple marinade of soy sauce, olive oil, maple syrup and smoked paprika to infuse smoky, sweet, salty and umami flavors, before browning them in a skillet. They turn into an element you'll want to use in tacos, burritos, sandwiches, salads and grain bowls, making this recipe the answer to questions you didn't even know you had.

You'll think of dozens of ways to use these fork-shredded mushrooms, which soak up their marinade and turn juicy and succulent in the pan. They were designed by Miyoko Schinner of Miyoko's Creamery to look like pulled pork, but their texture is more delicate. Still, they would be at home in tacos, enchiladas or sandwiches, or tossed with pasta or rice. Note that king trumpets go by many names, including royal trumpet, king oyster and French horn mushroom.

Storage: The mushrooms can be refrigerated for up to 5 days. Reheat in a hot skillet.