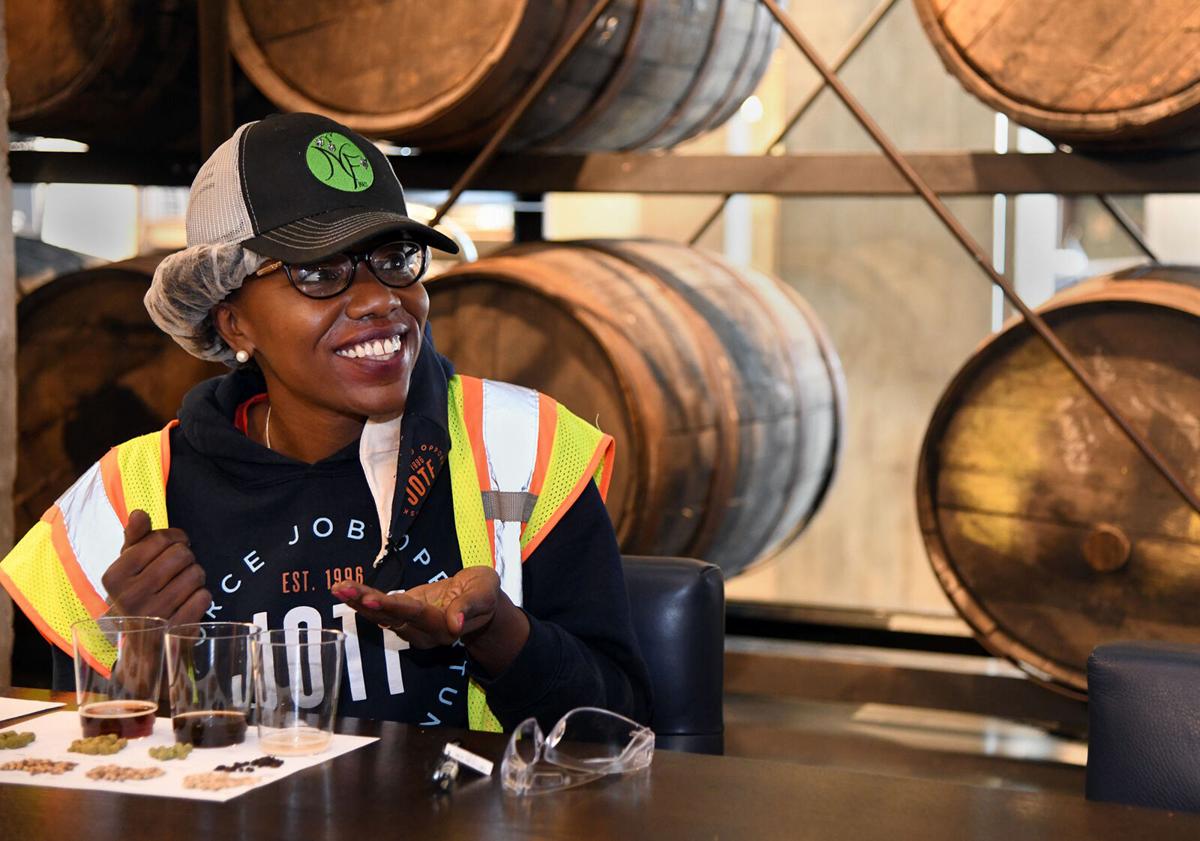 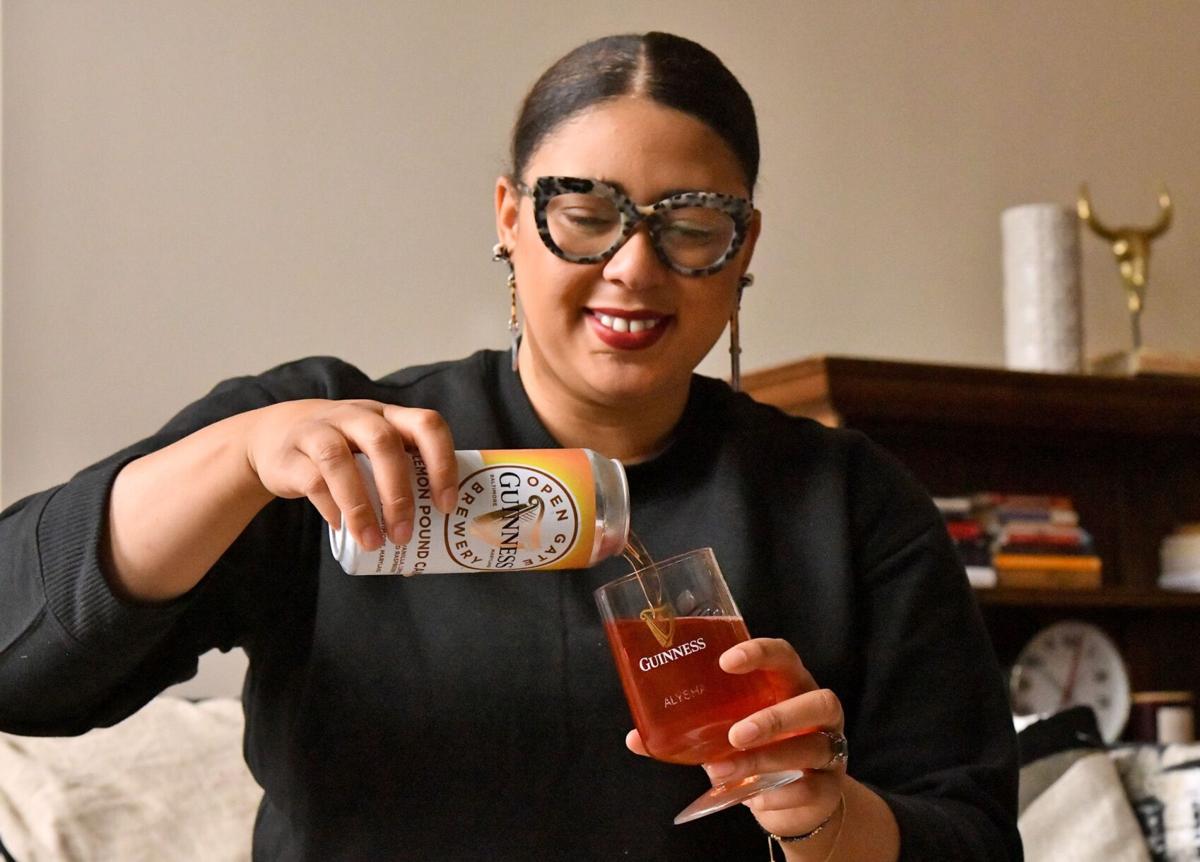 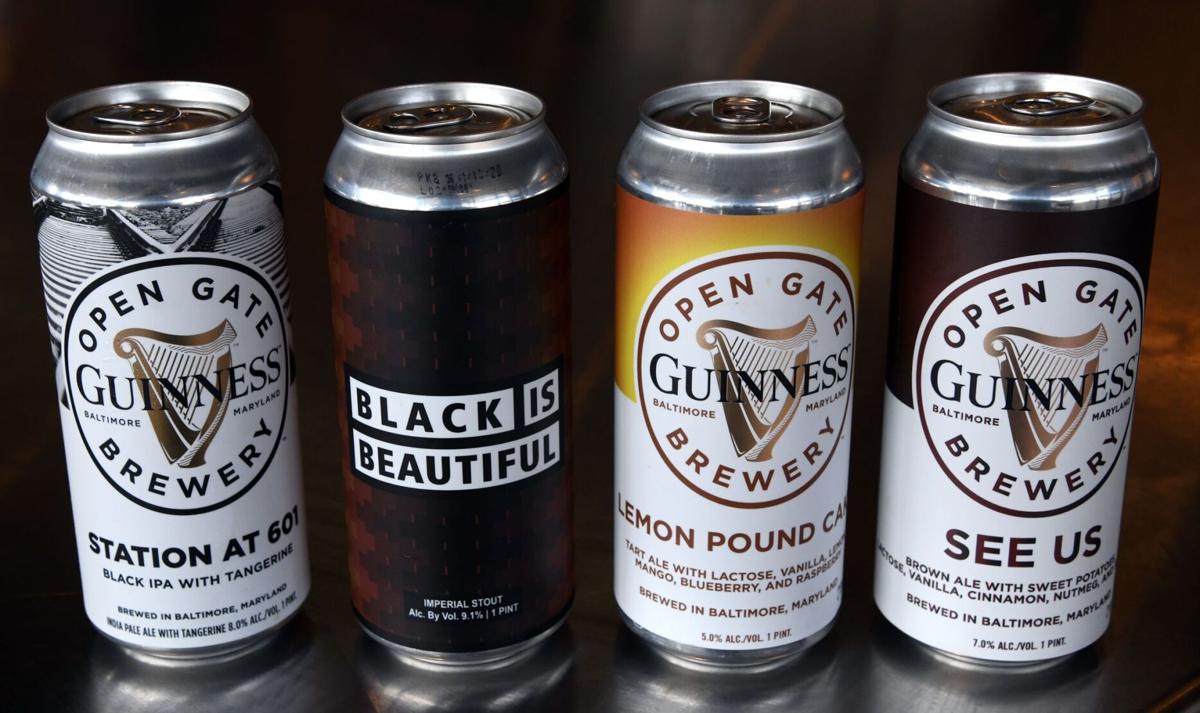 COLLABORATION SERIES: Some of the beers developed in the Allyship Through Collaboration Series at Guinness. Barbara Haddock Taylor/Baltimore Sun

COLLABORATION SERIES: Some of the beers developed in the Allyship Through Collaboration Series at Guinness. Barbara Haddock Taylor/Baltimore Sun

BALTIMORE – Courtney Holden wanted to create a beer that would be undeniably intertwined with Black culture.

That meant "See Us," a brown ale infused with the flavors of sweet potato, cinnamon, nutmeg, allspice and a whisper of vanilla.

"It actually does taste like a sweet potato pie," said the queer Black beer enthusiast. "It tastes like the hug from a aunt you haven't seen in a long time."

For Midtown resident Alysha January, that meant capturing the essence of her stepfather's legendary pound cake.

"I wanted a flavor that reminded me of home," said January, a Black woman who works as a marketing and engagement manager for Charles Street Development Corp., and who also runs Discovery Charm City, an Instagram account with over 20,000 followers. "(Pound cake) is a staple in my house and all our houses – no matter how fancy the desserts get."

This year, Black Marylanders are teaming with Guinness Open Gate Brewery to launch a series of limited-edition beers as part of the Allyship Through Collaboration Series.

These beers, which are steeped in flavors often associated with Black culture, are the latest in a series of initiatives that the Halethorpe brewery has launched as part of Guinness Gives Back Baltimore Community Fund, a million-dollar commitment to support three areas in the Baltimore region's Black community: economic justice, community empowerment and equal representation. All proceeds from these specialty beers will benefit the Jobs Opportunities Task Force, a Baltimore-based nonprofit that works to eliminate educational and employment barriers for low-wage workers.

So far, each of the beers in the series – 100 cases plus drafts available at the brewery – have sold out soon after their debut. The company will donate $200,000 of the money raised to the jobs nonprofit.

'It's about welcoming people'

The next beer, a concoction of hibiscus, ginger, cloves, and orange peel, entitled Sorrel Spring Ale, which was created by the Black employees at Guinness Brewery, was set to be released Thursday. There will be at least three more beers released this year based on the success of the initial series, according to Guinness' Head Brewer Hollie Stephenson.

"It's not just about the liquid in front of you, it's about what you are drinking, the story behind it, and who has made it," Stephenson said. "Each one of them is my favorite for different reasons."

Stephenson, who has worked with each of the beer creators to develop their finished product, hopes that the series will make Black people feel welcome in the craft beer industry.

"There are already Black beer drinkers and Black people contributing to beer culture," Stephenson said. "Bringing visibility to that is important. It's about welcoming people."

Collaborations between breweries like Guinness and Black people will only help increase inroads and consumerism between the two groups, according to J. Nikol Jackson-Beckham, the equity & inclusion partner for The Brewers Association, a trade association that represents 5,300 U.S. brewery members and 46,000 members of The American Homebrewers Association.

"I think in some ways the impact might have some really interesting reverberations because of the name recognitions around Guinness," Jackson-Beckham said.

According to data from the association, African Americans represent 4% of craft beer drinkers compared to 13% of the general population, Jackson-Beckham said.

"I think the trajectory is turning up and tuning up rapidly," predicted Jackson-Beckham, referencing social media influencing efforts, festivals and collaborations like the one at Guinness.

She also noted the Black Is Beautiful campaign of 2020 that inspired breweries to make specialty beers with proceeds to raise money and awareness for police reform and legal defenses for those who have been wronged.

"That will continue to happen if people become consumers and have more opportunities for ownership," Jackson-Beckham said.

'We see this as a form of activism'

Holden, 35, was recruited to the project as a result of being friends with fellow beer enthusiast Jacquelyn "Jackie" Wonsey. The two met in 2019 in a beer appreciation group for women. Wonsey was friends with Stephenson and brought Holden in while making the first beer in the series.

"It was born from a genuine relationship. We see this as a form of activism," Holden said. "People are looking for people to step up and not be performative. This beer was an extension of that."

January was in discussion with Guinness for another initiative when brewery officials broached the possibility of a collaboration with her. All collaborations have been on a volunteer basis, according to Guinness. January immediately said yes because the projected aligned with her beliefs.

"It didn't seem performative to me," she said. "It seemed like something (Guinness) wanted to do. They made sure that everyone feels welcome in their space."

January said she loved working with the brewery to make her sour beer especially because she was able to do it with her stepfather, Yancey Brown.

"We got to learn about the whole process," which took three days, she said. "He got to try the beer. It was great. I felt proud."

Looking to make a difference

Jasmine Norton, whose beer will debut in June, said that this was the perfect way for her to help the Black community.

"It's always my mission to uplift my community," said Norton, who has owned her oyster-centric restaurant concept, Urban Oyster, for four years. Her other concept, Urban Burger Bar, opened in December. "It's exciting and honorable just knowing that I can make a difference."

Giving back to the community is not new to Norton. She hires Baltimore City high school students with culinary interests so that they learn the restaurant business. She also has donated money to young Black entrepreneurs as they build their own businesses.

"As a Black owner, to make this impact is inspiring to Black women and women in general," she said. "The sky is the limit."

Norton hopes that her beer – a mix of pineapple, coconut and chili pepper – will bridge the gap between novice drinkers and connoisseurs.

"I'm actually not a big beer drinker," said Norton, who added that her beer pairs well with oysters. "I thought it would resonate with both worlds – someone like me who is still trying to find my place in the beer world, and someone who is an avid beer drinker so it would be palatable to them."