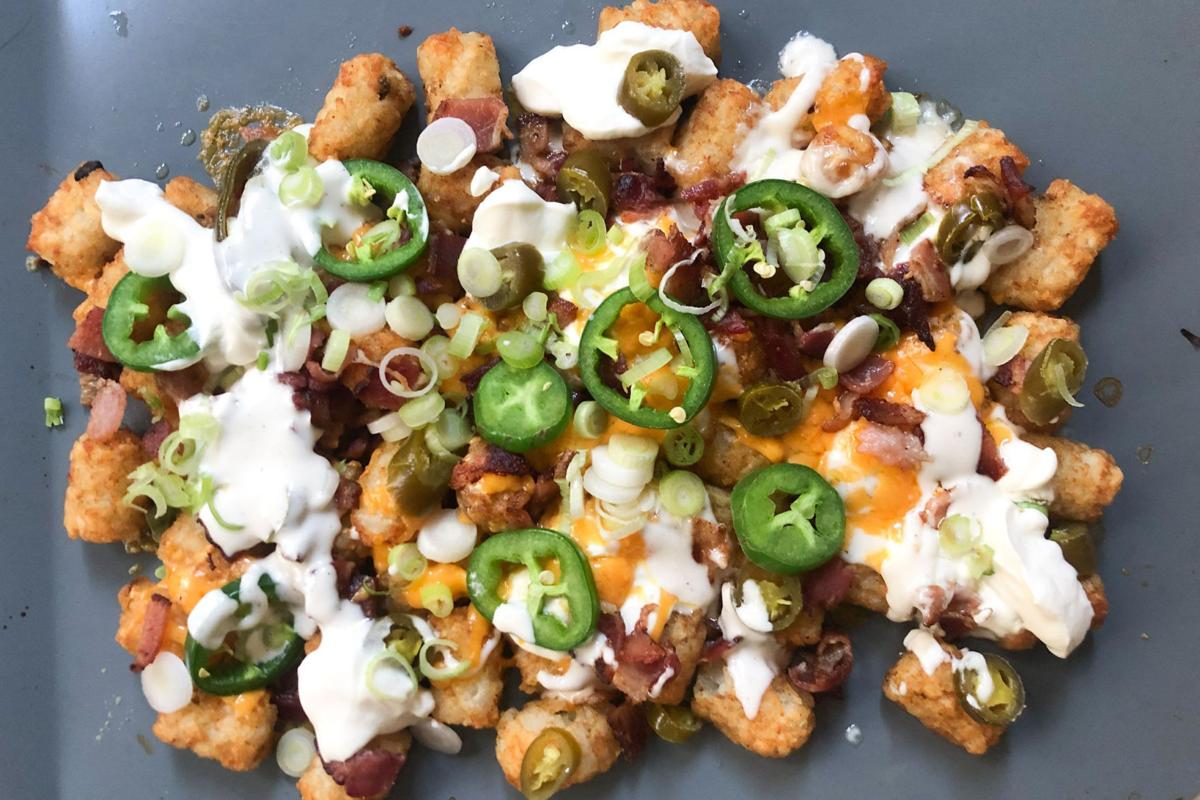 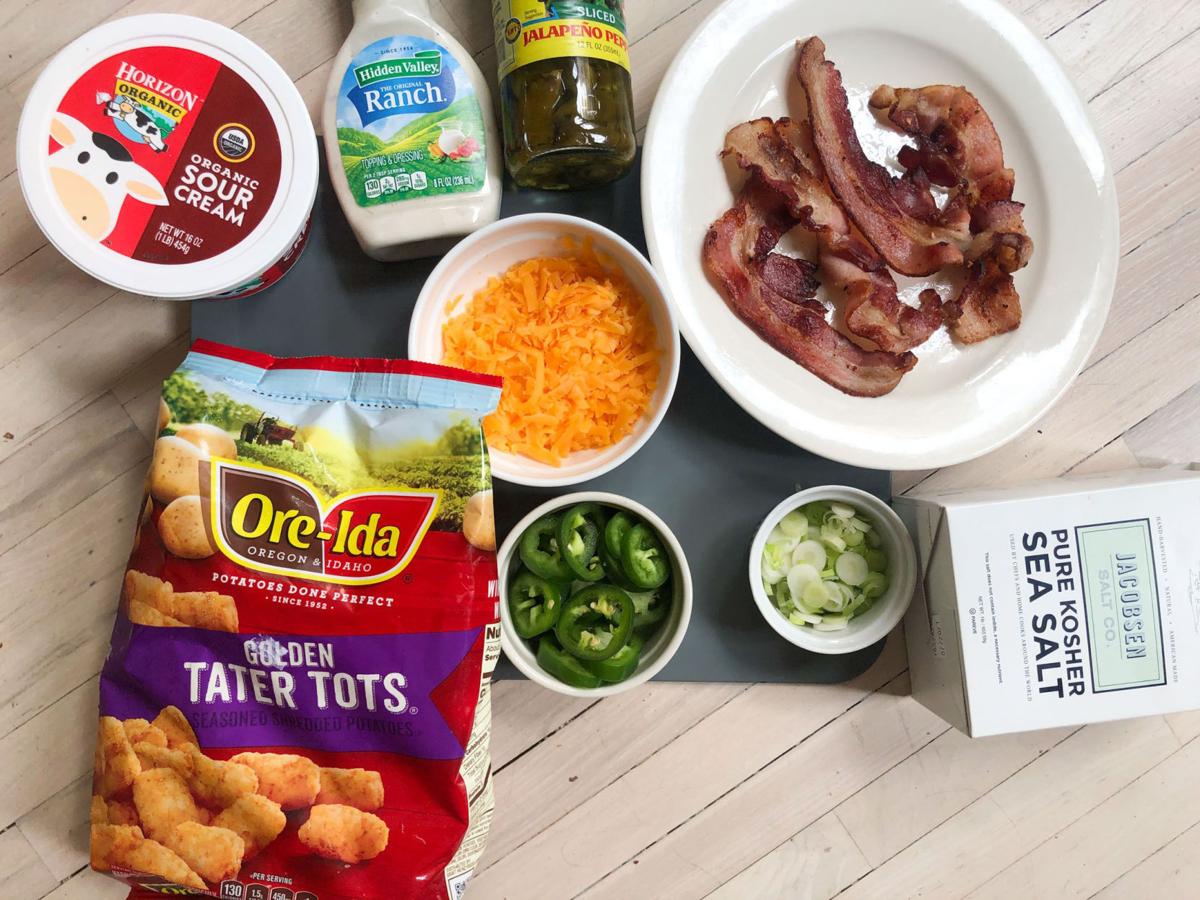 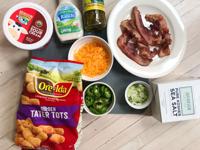 AN OUTRAGEOUS MIX: The recipe for Fully Loaded Totchos is adapted from "Texas Q: 100 Recipes for the Very Best Barbecue from the Lone Star State, All Smoke-Cooked to Perfection." Kate Krader/Bloomberg

AN OUTRAGEOUS MIX: The recipe for Fully Loaded Totchos is adapted from "Texas Q: 100 Recipes for the Very Best Barbecue from the Lone Star State, All Smoke-Cooked to Perfection." Kate Krader/Bloomberg

Barbecue is not a new topic for Cheryl Alters Jamison. She and her late husband, Bill, wrote their first book on the subject – "Smoke & Spice" – in the mid-1990s, and it sold more than a million copies.

They wrote the book to chronicle the craft of smoked meat, which they thought had become a dying art.

"The health department was coming down on those places," she says. "People weren't interested in the length of time it took to do good barbecue. We wanted to celebrate older pitmasters because it looked like they were about to be gone."

The Jamisons were spectacularly wrong in thinking that the days for good barbecue were numbered. More than ever, meat cooked low and slow is nationally and locally obsessed over. Even better, a younger and more diverse group of people have gotten into the business and expanded its horizons in wonderful ways.

In her new book, "Texas Q: 100 Recipes for the Very Best Barbecue from the Lone Star State, All Smoke-Cooked to Perfection" (Harvard Common Press; $27), Jamison shouts out several of the people and places pushing the barbecue envelope, including LeAnn Mueller of La Barbecue in Austin, as well as Kemuri Tatsu-ya, a barbecue-joint-meets-izakaya also located in the Texas capital.

But what Jamison is really focused on is the food these fanatics are preparing. The majority of the book is dedicated to enticing recipes such as salt-and-pepper Central Texas brisket (she credits Franklin Barbecue's Aaron Franklin with inspiration), Korean pulled pork, and barbecued bologna rubbed with East Texas molasses sauce.

She also recognizes the importance of a side dish.

"I like barbecue meat," she says. "But I like it even more when I get textures of something else, even just a vegetable. I can enjoy more meat when I have more vegetable side dishes."

For Jamison, fully loaded tater tots, known as "totchos" because they're dressed up exactly like nachos, count as a vegetable. They also count as one of the most all-purpose sides in the book, one that can go with almost any barbecued or grilled meat or poultry that's not richer than the tots. (And if you look at the ingredient list, you'll see that no dish is richer than these tots.)

"When I was working on the book, I would ask people about their favorite side dish to go with barbecue. Tater tot things kept coming up," she says. "The first couple times you shrug it off. Then you pay attention."

Unlike the nacho recipes you've seen before, this one is hacked with ranch dressing. Jamison says it's a Lone Star staple: "It's such a common thing in Texas restaurants, at barbecue places. Everywhere you look, there's ranch dressing." She makes the controversial decision to pour the dressing – and the sour cream – on top of the tater tots before baking.

You might be skeptical. I was. But the dressing bakes down into a tangy, gooey sauce that makes you forget this is a side dish and not the main event. The ingredients can also be mixed together and baked into a casserole, but totchos are more fun.

(The following recipe is adapted from "Texas Q: 100 Recipes for the Very Best Barbecue from the Lone Star State, All Smoke-Cooked to Perfection.")

Preheat the oven to 425 degrees. On a small baking sheet, spread out the tots in an even layer. Bake until browned and crisp, about 15 minutes. Top the tots evenly with half the sour cream and ranch dressing, and all of the cheese, bacon, and jalapeños, and bake for 3-5 more minutes, until the cheese is melted. Spoon the remaining sour cream and ranch dressing on top. Alternatively, pile all the toppings on the tots and bake. Eat immediately.