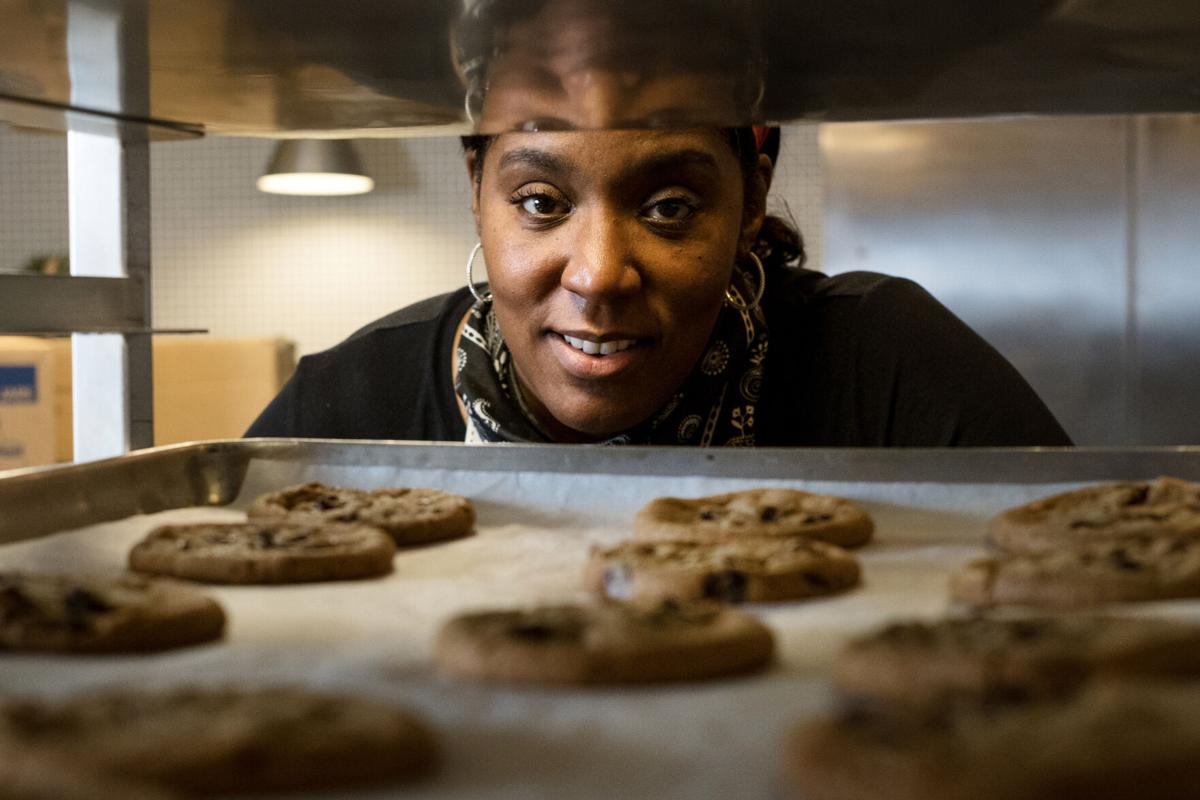 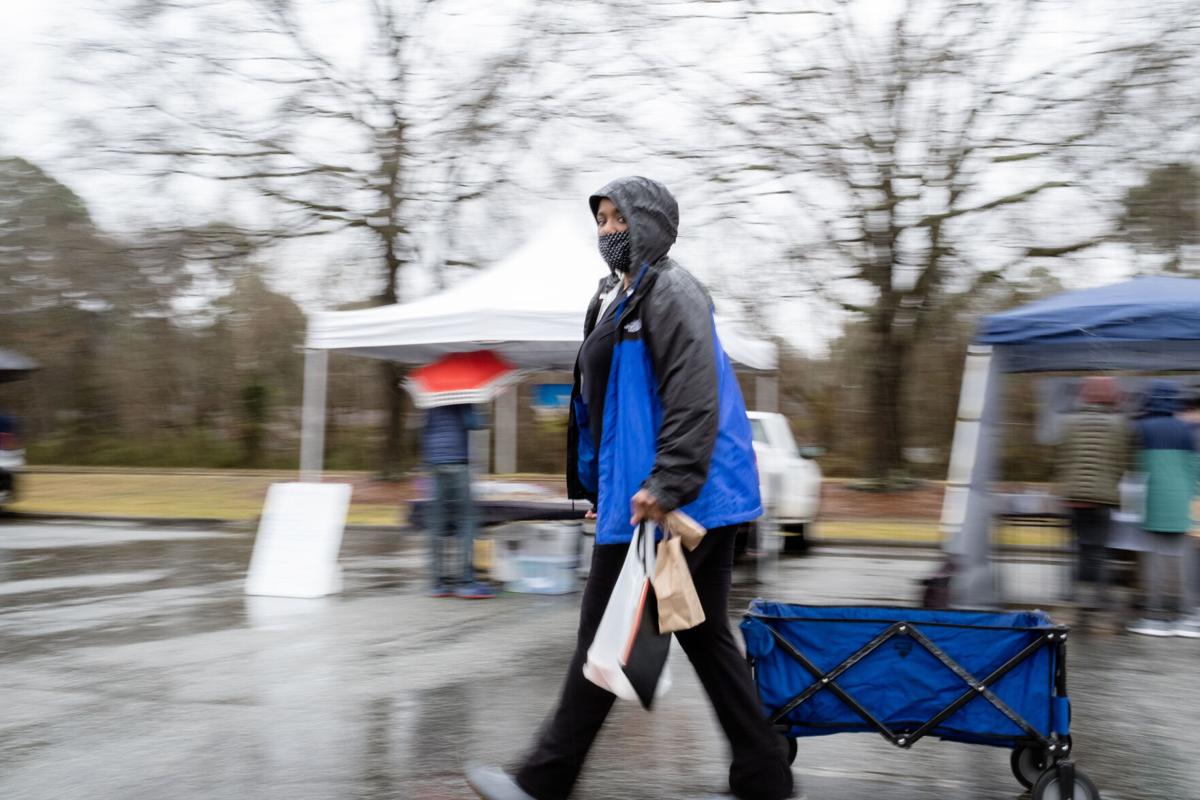 TONYA AND OLD LUCY: Council shops for her shop and NC Made online business at the Chapel Hill Farmers' Market. Cornell Watson/For The Washington Post 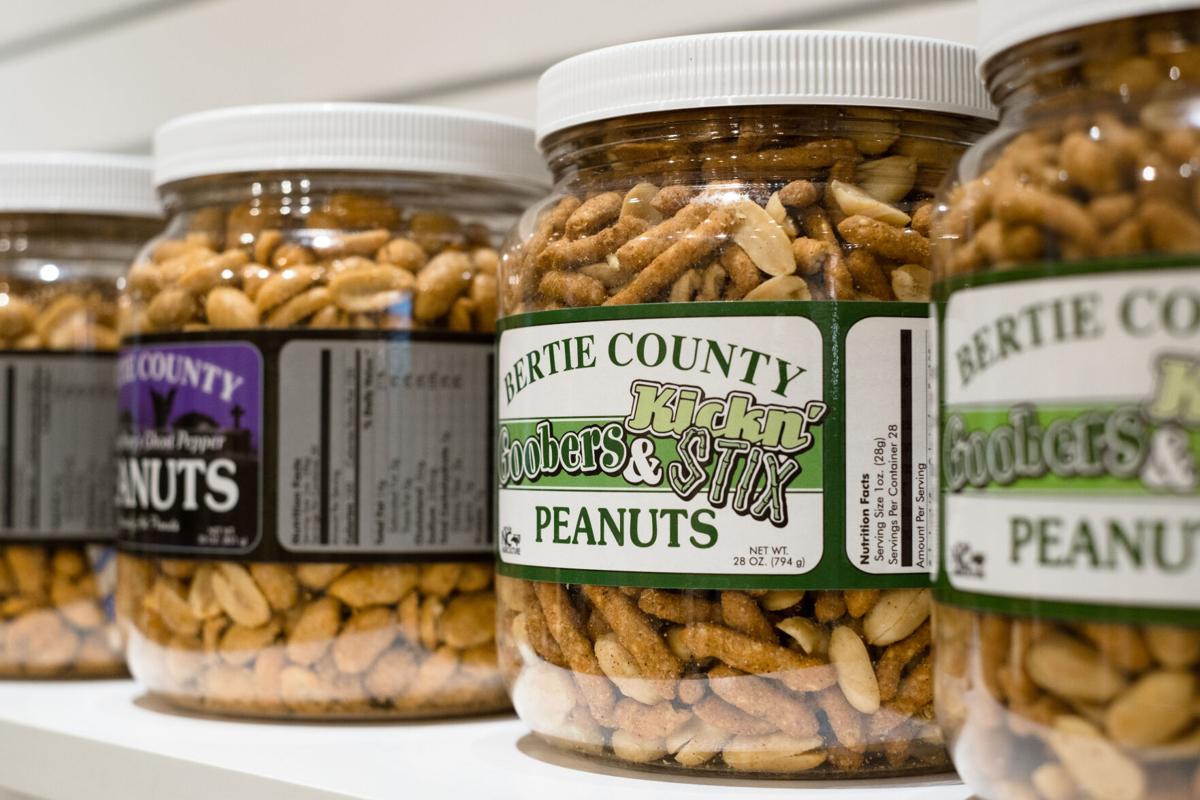 POPULAR PEANUTS: Bertie County Peanuts are one of the popular items in Council's store. Cornell Watson/For The Washington Post 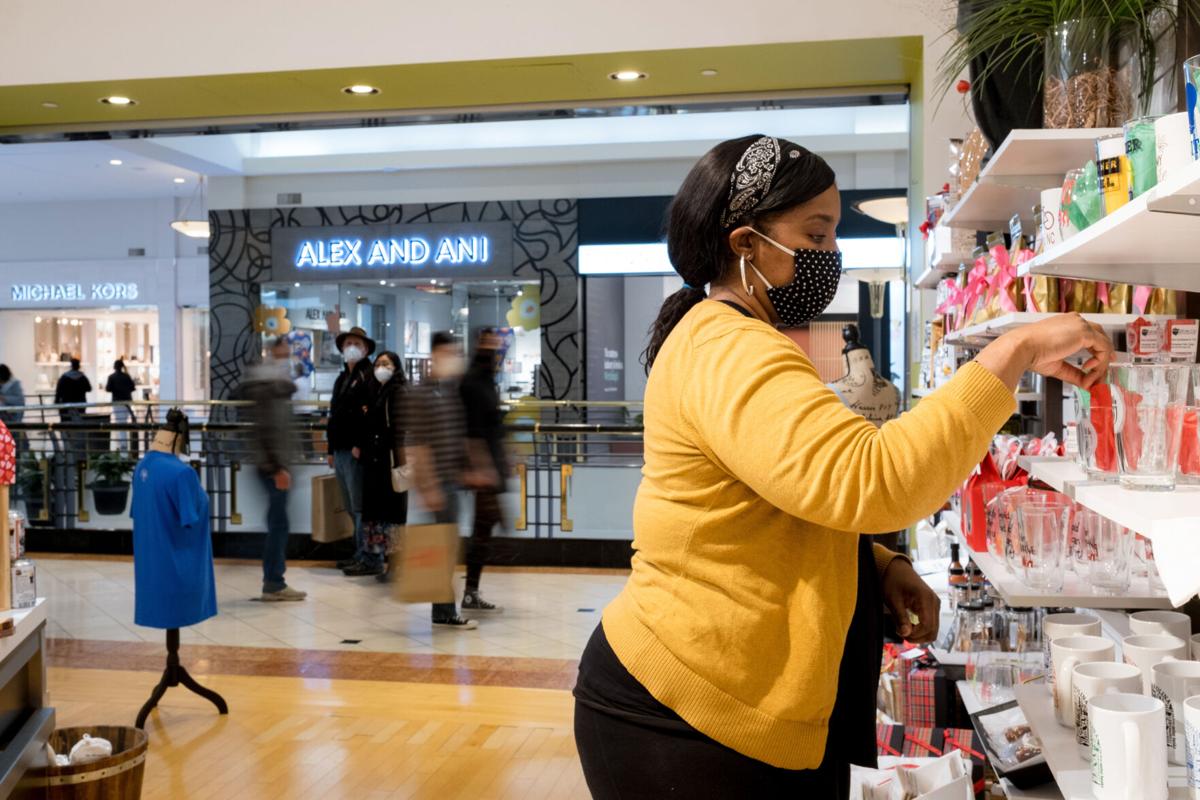 TONYA AND OLD LUCY: Council shops for her shop and NC Made online business at the Chapel Hill Farmers' Market. Cornell Watson/For The Washington Post

POPULAR PEANUTS: Bertie County Peanuts are one of the popular items in Council's store. Cornell Watson/For The Washington Post

In the immediate wake of George Floyd's killing by police in late May and the epic, enduring protests that horror stirred nationwide, lists went viral flagging Black-owned businesses.

But there was something Green Book-y about the lists. Something ghettoized, even performative or flat-out insincere. Before the implosion of its systemic racism in June, one of Bon Appétit's last acts was to publish a meta-list of Black-owned restaurants.

Google data from 2020 showed searches for "Black-owned businesses" were far from a nationwide phenomenon, largely limited to the country's liberal enclaves: the District, Maryland, the Northeast, greater Chicagoland, the Left Coast and Georgia. And whatever help they gave came too late; 41% of Black-owned businesses (roughly 450,000 businesses nationwide) had shuttered already between February and April – almost double the overall decline of 22%, according to granular data from the federal government's employment surveys.

Tonya Council, a Chapel Hill, N.C., baker who happens to be a granddaughter of the late culinary legend Mama Dip, was struck by the contrast between all the public statements and list-making versus North Carolina's state motto: "Esse quam videri," Latin for "to be rather than to seem."

"To me, it's about being supportive, not just seeming supportive," she said. "I'm all for Black Lives Matter and all that good stuff, but I try to look out for the small people – with me being small as well – so that everybody has a voice. That can be Black people. That can be women. That can be immigrants. It can be anyone who doesn't have support."

Council sees a need to move beyond the idea of Black-owned businesses – and toward Black-led alliances.

To that end, inspired by a long line of game-changing Black female chefs in the South – Mashama Bailey, Leah Chase, Georgia Gilmore, Carla Hall, Edna Lewis and Lena Richard among them – Council in August bought NC Made, a compendium of gourmet foods and homemade goods across North Carolina, from two white women and integrated it into her own Sweet Tea & Cornbread shop, which had run a similar business since 2017. (She also runs the Sweet Tea & Cornbread Cafe in the North Carolina Museum of History.) NC Made offers gift boxes including hyperlocal options for the state's three major cities: Charlotte, Durham and Raleigh.

Now Council has pooled hundreds of small businesses statewide, mostly family-run – among them a 106-year-old peanut farm, a line of small-batch jams and dry rubs, a 91-year-old cookie company, terroir tea from the Blue Ridge Mountains, a more-than-100-year-old cheese straw company, a 240-year-old pottery shop, vegan granola and trail mix from Asheville, and salted peanuts that have been cooked in the basement of a Methodist church since 1965. Council herself is known for her gluten-free pecan crisp cookies that have just four ingredients – eggs, molasses, pecans and sugar – that combine in a nutty caramelized meringue, airy and aromatic with a satisfying crunch.

During a recent interview, she considered 15 potential new products on her desk – candles, hot chocolate bombs, and tea towels among them – and sighed. "I try not to say no," she said, "but more about what you need to do to be a better fit. I've had someone bring in items in paper bags. That doesn't work. You need the ingredients listed. You need the right packaging that makes it legal to sell. But if it's right and we like it, we bring it in."

Some of the business owners she supports through NC Made are Black, but not all. (Of North Carolina's 10.5 million residents, 22% are Black.)

One of Council's vendors, Stephannie Renee Cooper Senegal, who is Black and owns a fourth-generation-recipe praline candy company, cited Ecclesiastes 4:12, the Biblical verse that lauds three strands strengthened by braiding together. "As Black women, we always knew we had the sauce," she said. "The work was in getting others to believe it, too. We are finally starting to feel like the voices that have been crying out in the wilderness are being heard." She regards Council as a mentor, not just a partner.

Another of Council's vendors, Mark Graves, who is white and runs third-generation-recipe Chapel Hill Toffee, a top seller in Council's shop, was more plain-spoken: "Tonya's always been very open and honest about what she needs, what we can do, and that's helpful. Stores try to be open and honest, but they aren't always as much as you'd like."

Council's work is how Black lives mattering manifests – by stepping past Black ownership and into Black leadership as a kind of culinary Stacey Abrams (who is two years older than Council's 45 years). Council has plans to expand under the banner of "Shop South" to Georgia, South Carolina and Tennessee – for starters.

"I've been in the same shoes they have. I know the struggle," Council said of her vendors. "With supporting local in the pandemic and Black Lives Matter, it's not something you can do for one season and it's over. It's going to have to be ongoing work."

Pierce Freelon, a musician and city council member in Durham who is also son to Phil and Nnenna Freelon, agreed. He cited "ujamaa," a central Kwanzaa principle of cooperative economics. "Kwanzaa emerged out of Black power because folks post-civil rights were like, 'All right, we got integration, but why haven't our situations improved?'" he said. "So organizing to build structure and culture around Black economic empowerment is paramount." He added: "That's what Tonya represents: taking the helm, grabbing the reins, stepping into power as a Black woman."

North Carolina is ripe territory for Council's mission. On top of its rich culinary history – including barbecue, Bojangles', Cheerwine, Hardee's, Krispy Kreme, Pepsi and Texas Pete hot sauce – it boasts more undergraduates at historically Black colleges and universities than any other state; the innovative Research Triangle Park, a financial sector in Charlotte second only to New York City; the largest Native American population east of the Mississippi River; the fabled "Furniture Capital of the World" in High Point; and an ecosystem that ranges from bucolic Appalachia, through the wooded Piedmont, to the sandy Outer Banks.

Freelon also ran through the state's progressive history as "a nursery for radical Black thought," including an integrated government in Wilmington in 1898, Durham's historic Black Wall Street and the Greensboro sit-ins that kicked off the civil rights era. The state, for decades the playpen for the infamous U.S. Sen. Jesse Helms, is now the springboard for the renowned Rev. William Barber.

But solidarity is not just a conversation among Black and White North Carolinians. Visual artist Gabe Eng-Goetz, a Chinese American native of Durham who has owned Runaway Clothes since 2011 – collaborating with local artists, breweries, coffee shops and restaurants – described North Carolina as "an awesome, diverse place that helps people have a living with their craft." He added: "Chris Rock came in to our store one day and asked 'What the hell is this?' I explained and he said, 'No, no, no, this doesn't belong here,' that it should be in New York. That was super rewarding to hear. Me and Tonya, we're showcasing our culture in a more modernized, community-focused way."

And so, every Saturday and Sunday, Council is at local farmers markets, tugging Old Lucy (her blue-but-not-Carolina-blue wagon) as she stocks it with finds. Recently, she picked up jars of small-batch muscadine jelly, a rarity her grandmother had made for home use. It's been flying off the shelves. "You don't have to go around the world to try something new," she said. "Sometimes you just need to go around the corner."

"I've been in the same shoes they have. I know the struggle. With supporting local in the pandemic and Black Lives Matter, it's not something you can do for one season and it's over. It's going to have to be ongoing work." - Tonya Council, NC Made