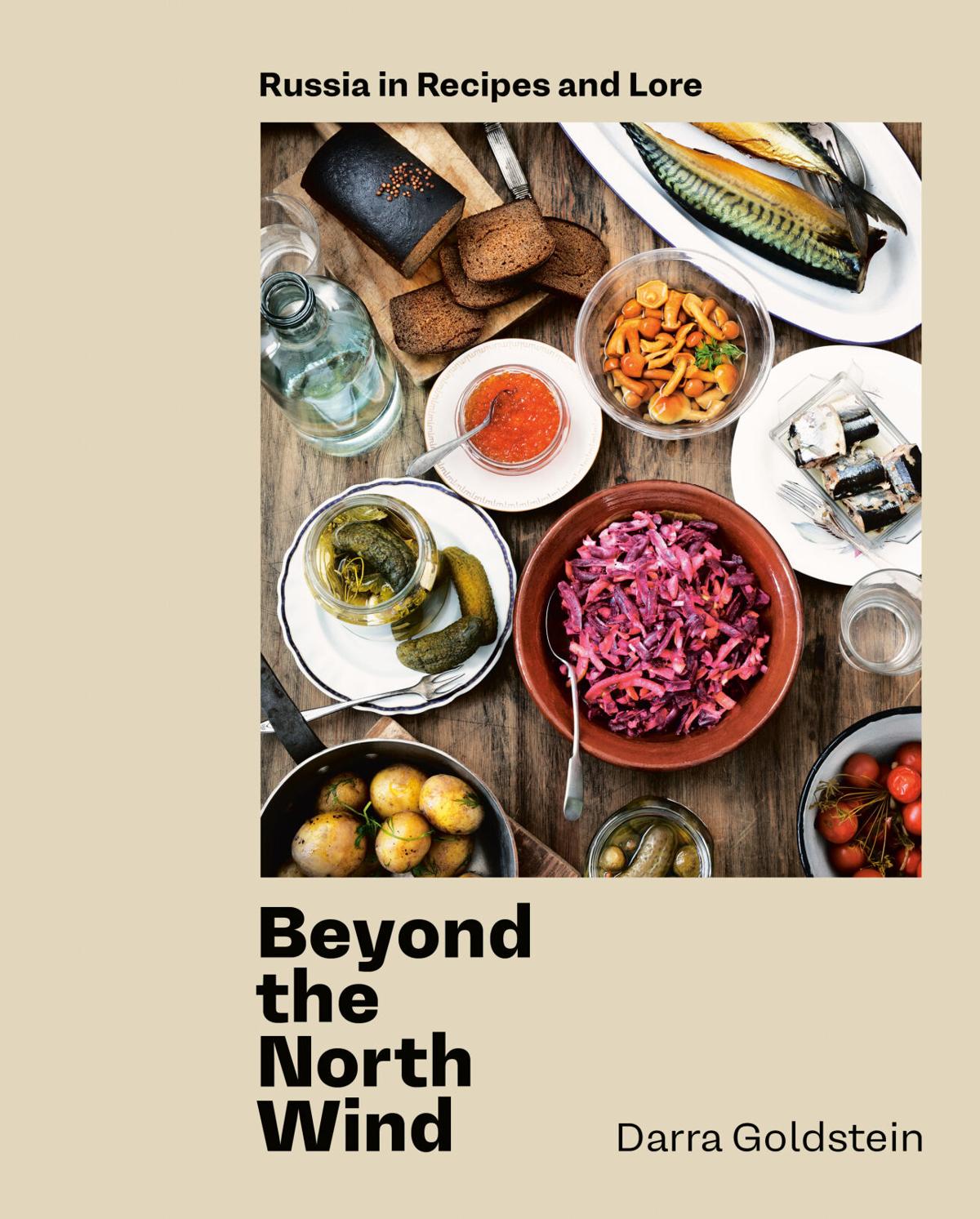 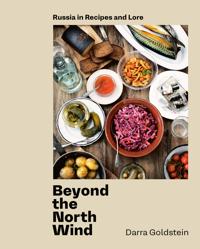 RUSSIA: "Beyond the North Wind: Russia in Recipes and Lore," by Darra Goldstein. Ten Speed Press 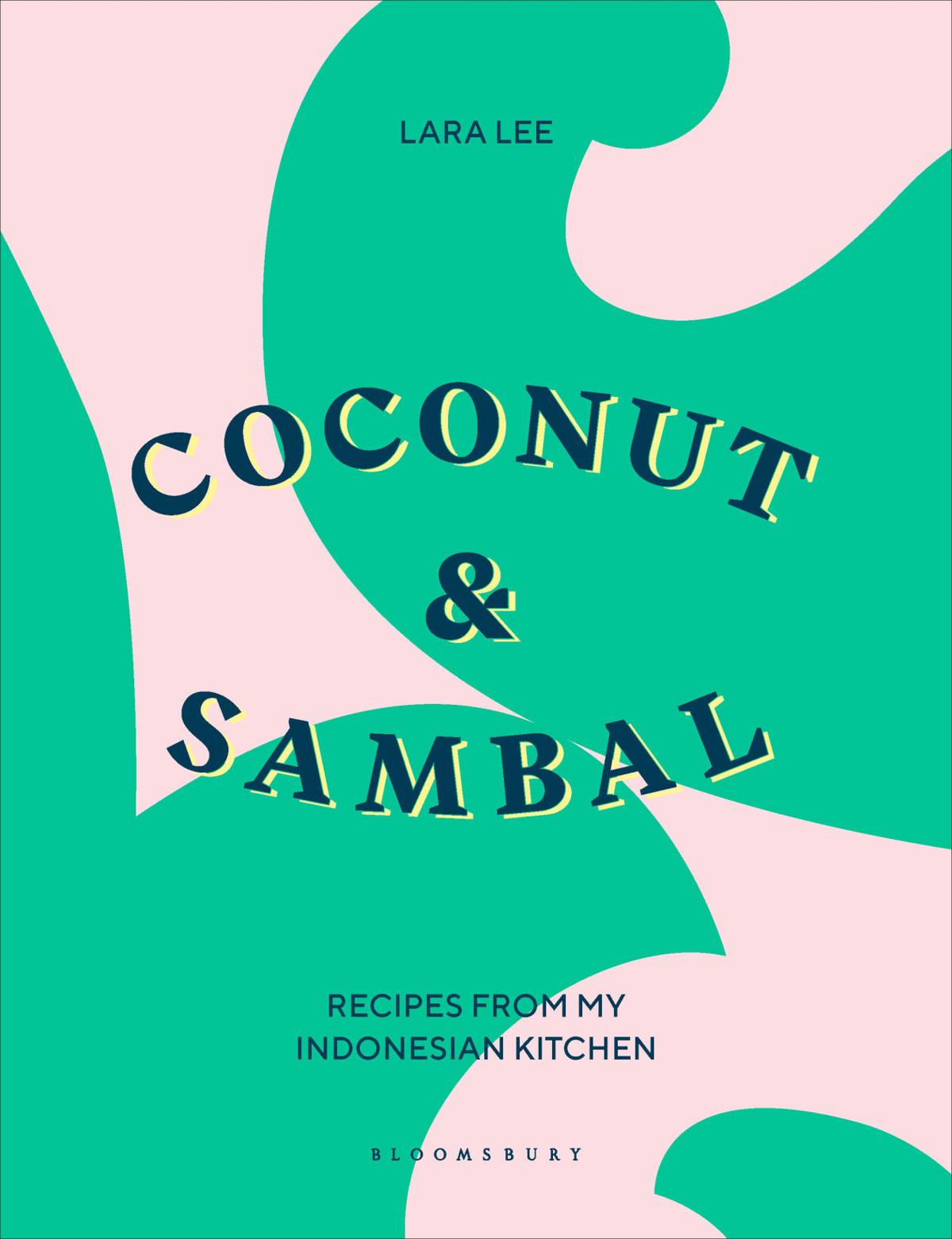 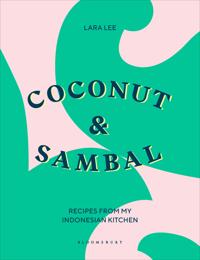 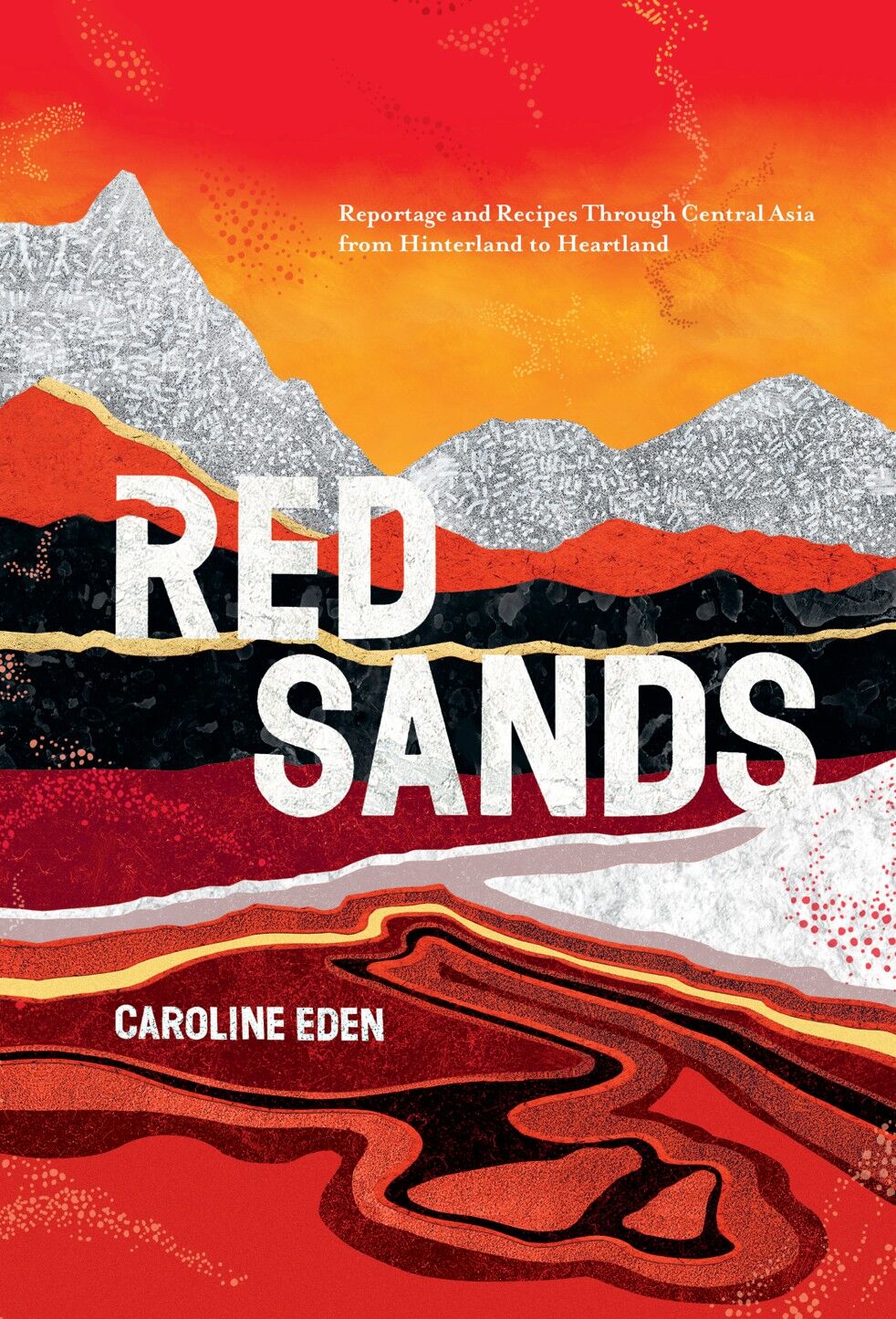 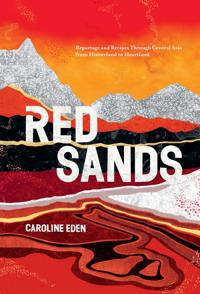 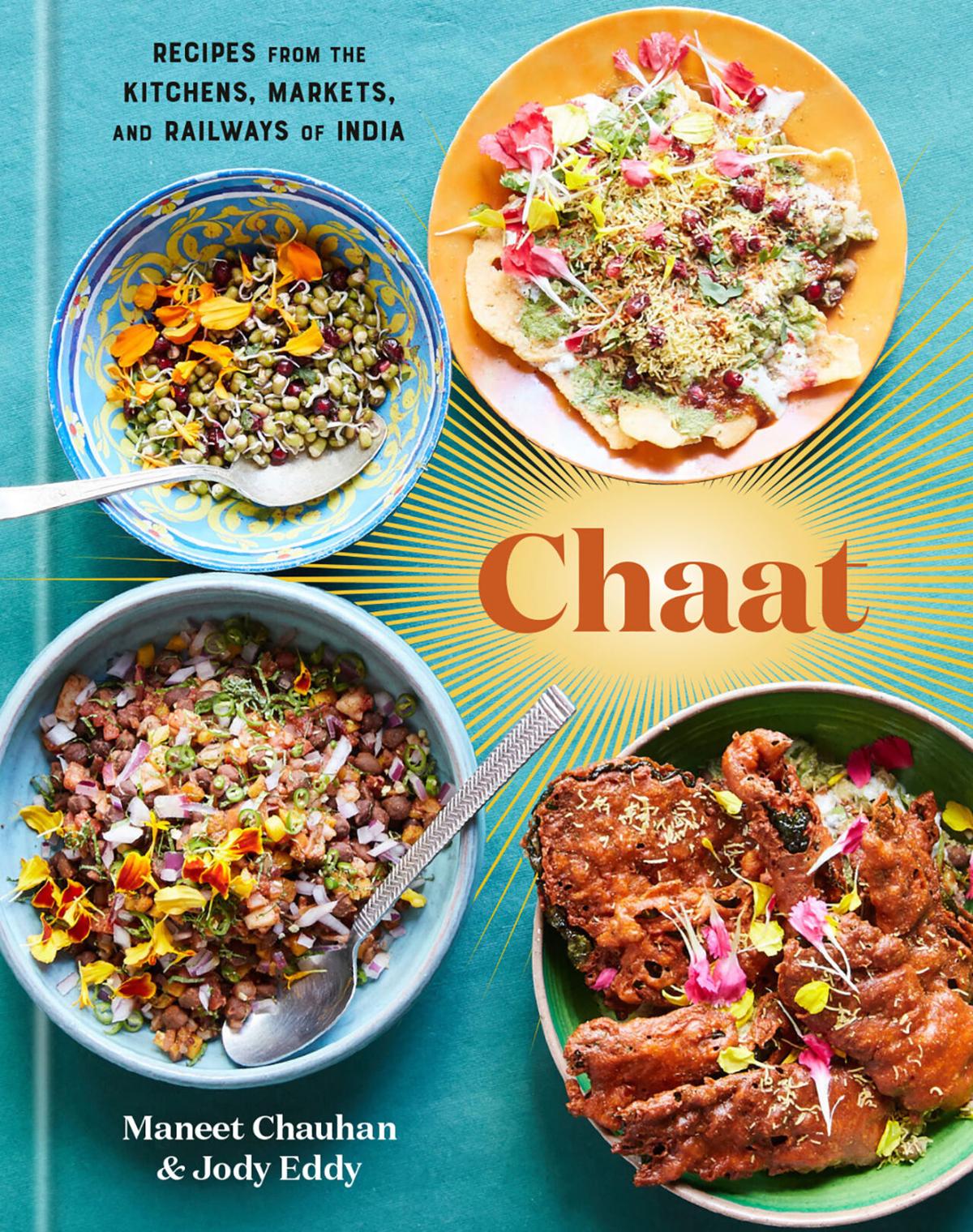 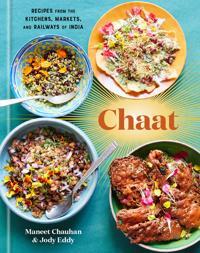 INDIA: "Chaat: Recipes from the Kitchens, Markets and Railways of India," by Maneet Chauhan and Jody Eddy. Clarkson Potter Publishers 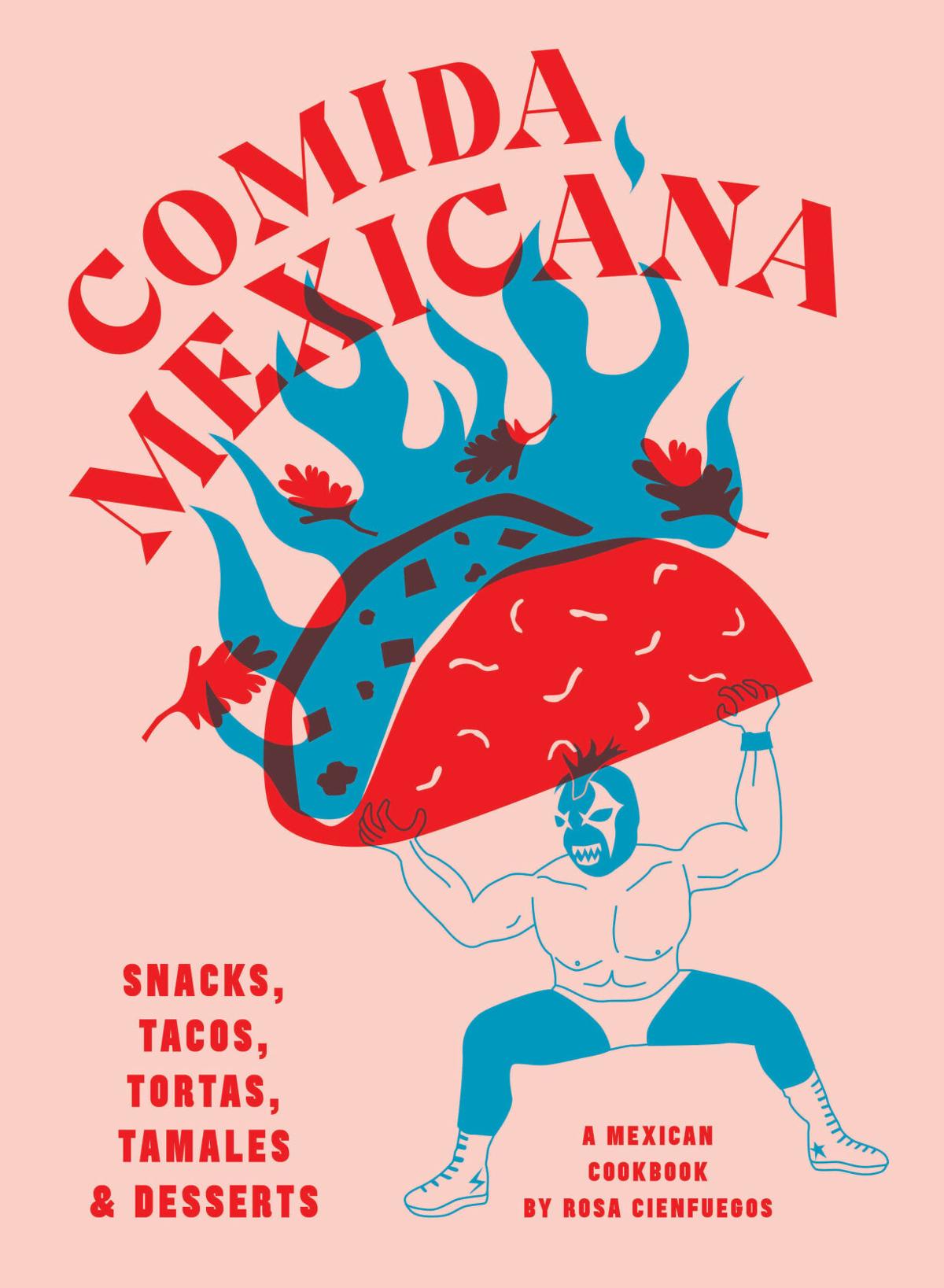 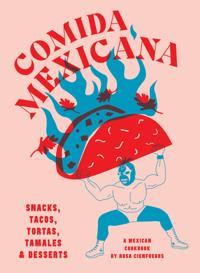 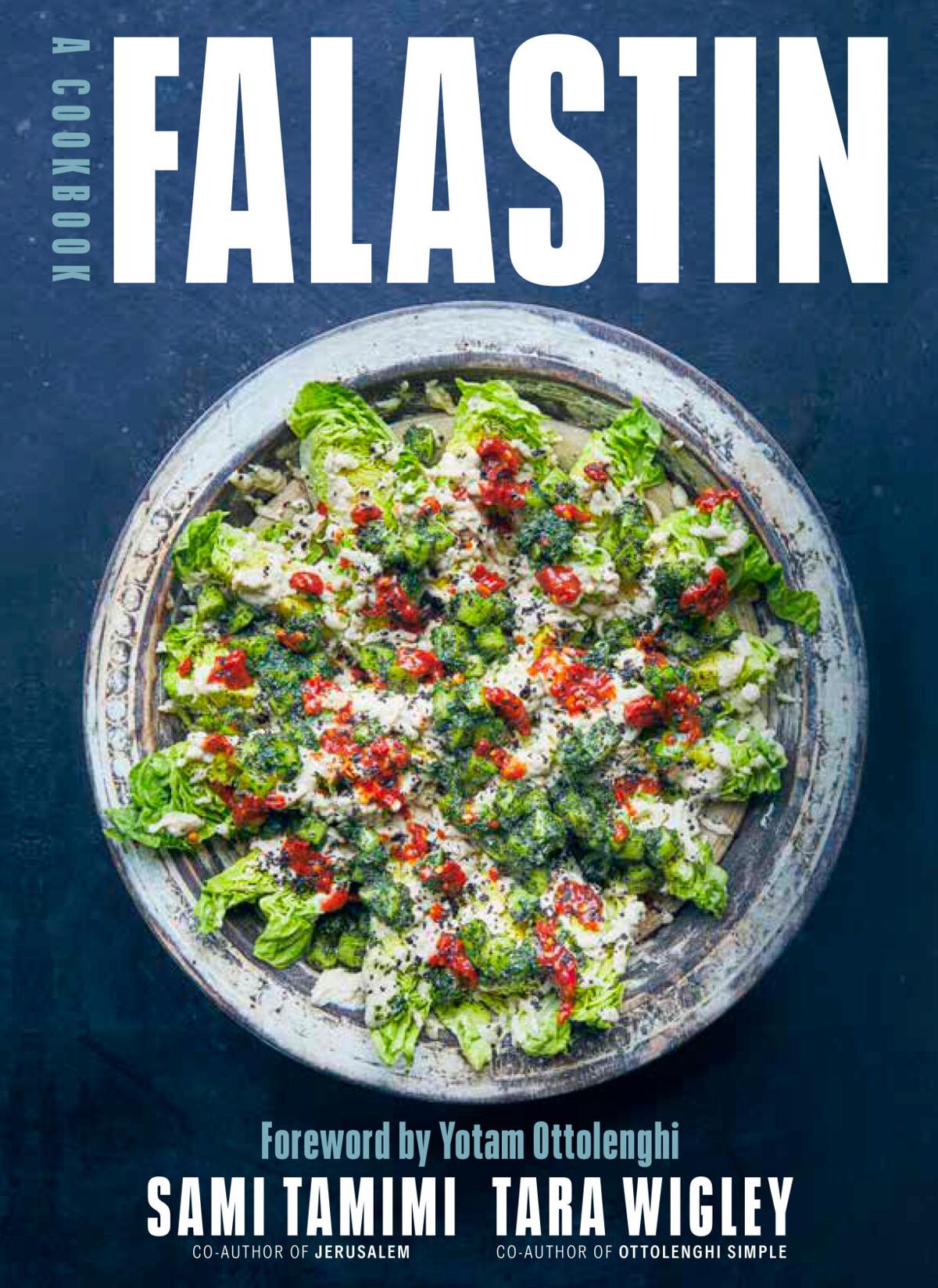 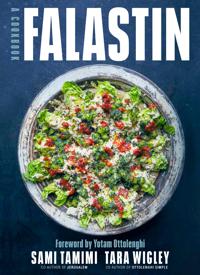 RUSSIA: "Beyond the North Wind: Russia in Recipes and Lore," by Darra Goldstein. Ten Speed Press

INDIA: "Chaat: Recipes from the Kitchens, Markets and Railways of India," by Maneet Chauhan and Jody Eddy. Clarkson Potter Publishers

On a gray afternoon last November, I sat down to a meal that evoked Istanbul cafes where just the year before I had feasted at the edge of the sun-streaked Bosporus. Dried sumac speckled a plate of shaved radishes and fennel, and the main course was lamb ragout, ladled over satiny eggplant puree. It was Thanksgiving dinner, 2020.

After canceling a planned gathering for pandemic-obvious reasons, I ignored suggestions for wan, scaled-down menus featuring chicken legs and miniature pie for two. Instead I reached for a Turkish cookbook, trading holiday traditions for a culinary voyage.

As my unused passport gathers ever more dust, food's power to summon faraway places to my Vermont kitchen has only grown. I've tucked into crema Catalana and crispy Persian rice, and unearthed the battered copper coffeepot I bought in Jerusalem's Old City.

Of course, one cook's wanderlust is another's nostalgia. London-based chef Lara Lee finds each in the chicken nasi goreng recipe included in the new cookbook "Coconut & Sambal: Recipes From My Indonesian Kitchen," an island-hopping culinary tour of Indonesia. Her Indonesian grandmother made the fried-rice dish a childhood staple, but Lee's version comes from a culinary research trip to the Javanese city of Yogyakarta.

"Meander through the alleyways and laneways, and you can find these beautiful moments that feel like they're just for the locals," Lee says. On one such meander, she ordered a nasi goreng that arrived piled with chicken satay and spicy peanut sauce. It quickly became a favorite, Lee says. "I was determined to re-create that in my kitchen at home."

With her Central Asian travels on hold, author Caroline Eden has been making more-modest trips, to buy fresh curry leaves and other ingredients at a shop by the largest mosque in Edinburgh, Scotland. Her new book, "Red Sands: Reportage and Recipes Through Central Asia, from Hinterland to Heartland," which slips recipes into keenly observed travelogue, goes farther afield, through kitchens and cafes from Kazakhstan to Tajikistan. The book invites you to cook, and eat, in her footsteps.

Yes, you can order takeout, if you're lucky enough to live near such culinary wealth. But the step-by-step process of cooking, like that of checking in at a familiar airport, offers comforting ritual on your way toward an unfamiliar gastronomic destination. Chop onions, crush garlic and roll dough into runway-smooth sheets: If you're making Eden's recipe for the open-spiraled pumpkin dumplings called khunon, which the author first tasted in Tashkent, Uzbekistan, the familiar motions lead somewhere transporting.

Fortunately for travelers dreaming of faraway meals, Eden and Lee's titles are just two in a truly great year for cookbooks – here are a few standouts:

Though Australia-born Lee grew up on Indonesian staples – a bottle of the chili sauce sambal was always close at hand – she was an adult avid for new flavors when she began to explore the vast archipelago. That union of discovery and down-home familiarity enlivens her colorful Indonesian cookbook, which skims the country's astonishing culinary wealth. A family recipe for Timorese fish soup is followed, a few pages later, by a Jakarta-style meatball soup that Lee learned from the city's celebrated street food vendors. The chapter dedicated to sambal is a trove of fiery sauces and relishes: Lee keeps her London freezer stocked with jars of sambal tomat, a chili-and-tomato puree touched with tamarind sweetness.

Sharp, place-hungry prose invites readers to the desert cafes and city kitchens of Central Asia, in a vivid book leavened with accessible recipes. As a prescription for lockdown blues, Edinburgh, Scotland-based Eden offers bread pudding aromatic with crushed cardamom, an homage to Tashkent, long called "the city of bread." A lyrical detour to a Kazakh dive bar features Eden's rules for heavy drinking: "You should be in good health, not stressed, and certainly not argumentative or maudlin," she writes. If you somehow tick all those boxes in 2021, go for it with an included recipe for vodka cocktails topped with bracingly sour sea buckthorn juice.

"Chaat: Recipes from the Kitchens, Markets, and Railways of India," by Maneet Chauhan and Jody Eddy

On days-long childhood train trips across India, Chauhan spent time between stations dreaming of chaat, snack foods sold by rail-side vendors for a few rupees. The Indian American chef, a judge on the televised cooking competition "Chopped," returned to the rails to research this book with co-author Eddy, the pair munching on delicacies as they explored by third-class carriage. Every train station, Chauhan writes, has its specialty chaat. In New Delhi, she tasted lentil fritters topped with handfuls of grated radish; travelers arriving in Goa's Vasco da Gama train station are proffered tender omelets in coconut-rich tomato gravy.

Home bakers captivated by the treacle and tarts of "The Great British Bake Off" will find traditional favorites in this exacting book from Dutch food writer Regula Ysewijn. A devoted Anglophile since childhood, Ysewijn brings an outsider's zeal and historian's eye to her careful recipes. Currant-studded Chelsea buns sparkle under a sugary crust, and mincemeat filling peeps from the slashed tops of Eccles cakes. Ysewijn, who also released a volume of "Downton Abbey"-inspired recipes last year, is a host of "Bake Off Vlaanderen," the Dutch version of GBBO.

"Summer Kitchens: Recipes and Reminiscences from Every Corner of Ukraine," by Olia Hercules

Beside Hercules' childhood home in Ukraine stood a one-room litnya kuhnia, a breezy "summer kitchen" where the season's work of pickling and preserving took place. Now based in London, Hercules uses Ukraine's litnya kuhnia as a portal to the country's underrecognized gastronomic treasures (including borscht, a soup currently seeking UNESCO recognition). Homey dishes abound: Hercules writes that her mom's boiled varenyky – Ukrainian dumplings – would be her choice for a final meal on earth. Indeed, the book's versions stuffed with kraut, caramelized onions, beans and potatoes are worthy picks even if you're planning to stick around. (Hercules also offers personalized instruction in the art of rolled, pleated and folded dumplings, held via Zoom.)

Graphic silhouettes of luchadores – Mexican wrestlers – caper across the supersaturated pages of Rosa Cienfuegos' ode to her native Mexico City. From mayo-slathered ears of corn to bulbous torta sandwiches, many of Australia-based Cienfuegos's recipes evoke the late-night roadside fare beloved after an evening of drinking. Lard-rich tamales are a pandemic-ready project, well worth the time it takes to swaddle dough into corn husk wrappers.

"Beyond the North Wind: Russia in Recipes and Lore," by Darra Goldstein

Food scholar Darra Goldstein seeks, in this lovingly researched book of Russian cuisine, "the benefits of austerity, rather than its limitations." Whether brined or distilled, fermented or cured, her recipes prove the point. Dandelion blossom syrup transforms ubiquitous weeds into a mahogany-colored floral elixir; the baked, cultured milk called varenets is a two-ingredient wonder. (The recipe calls for just milk and sour cream.) In between are Goldstein's engaging tales of eating and cooking across decades, including encounters with Soviet-era austerity and extraordinary personal hospitality.

"Falastin: A Cookbook," by Sami Tamimi and Tara Wigley

Recipes in this big-hearted volume weave through the history, people and fraught landscape of the homeland of Palestinian-born Tamimi, co-author of the smash-hit cookbook "Jerusalem." Page through the stories, then put on an apron: The book is full of cheffy tips for playing around with even the most traditional dishes. Butternut squash adds nutty sweetness to the eggplant spread m'tabbal, for example, while Tamimi turns the street-food chickpea snack balilah into a warm salad topped with Aleppo pepper.

"Bitter Honey: Recipes and Stories from the Island of Sardinia," by Letitia Clark

"To cook like a Sardinian, you have to eat like a Sardinian," Clark writes, evoking an island idyll of unhurried family lunches culminating in a pennichella – a little nap. Begin with a smear of pâte di bottarga, fish roe whipped with anchovies and tuna, then sip broth fortified by pasta and potatoes. The book recounts, in part, the British writer's romance with a Sardinian chef, with whom she forages for wild asparagus and prepares family recipes. The relationship is over, Clark notes in the introduction; she closes the book with a liqueur recipe divulged by her ex-boyfriend's venerable great aunt, who has sworn off men for good. Limoncello is her thing now. "Liqueurs, after all, don't let you down," she writes.