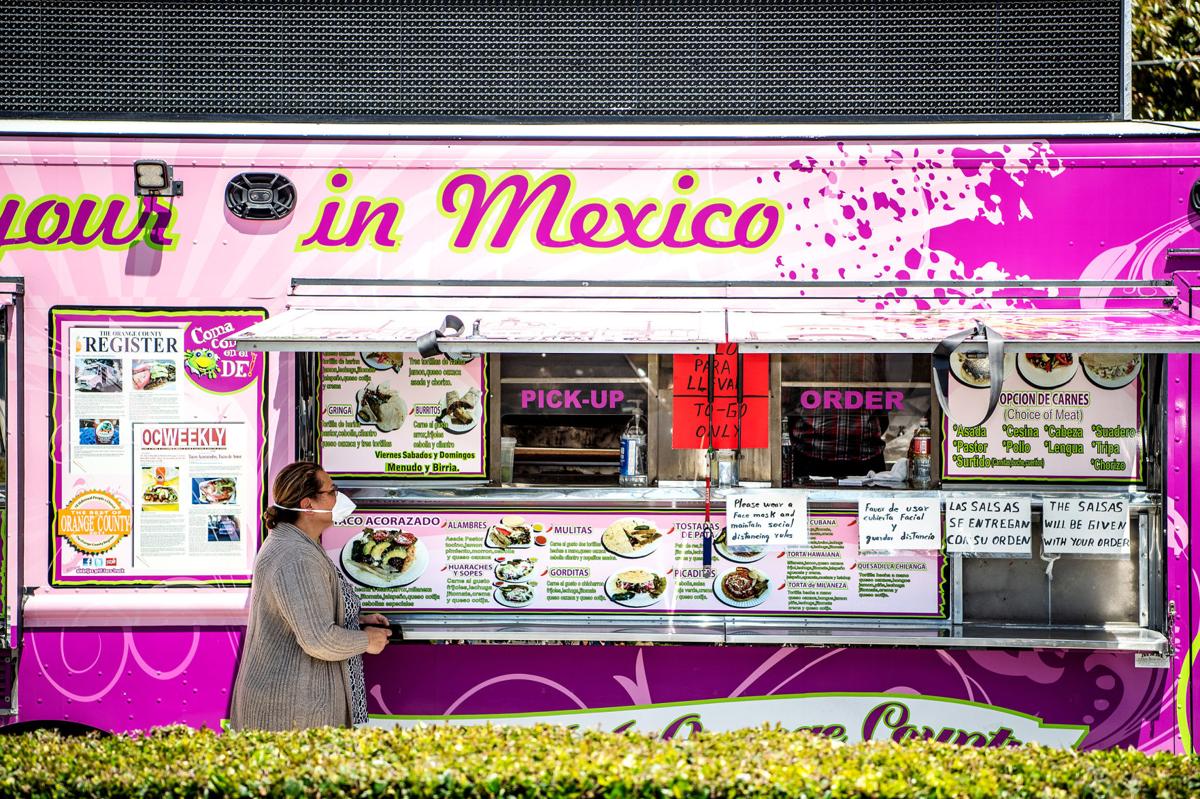 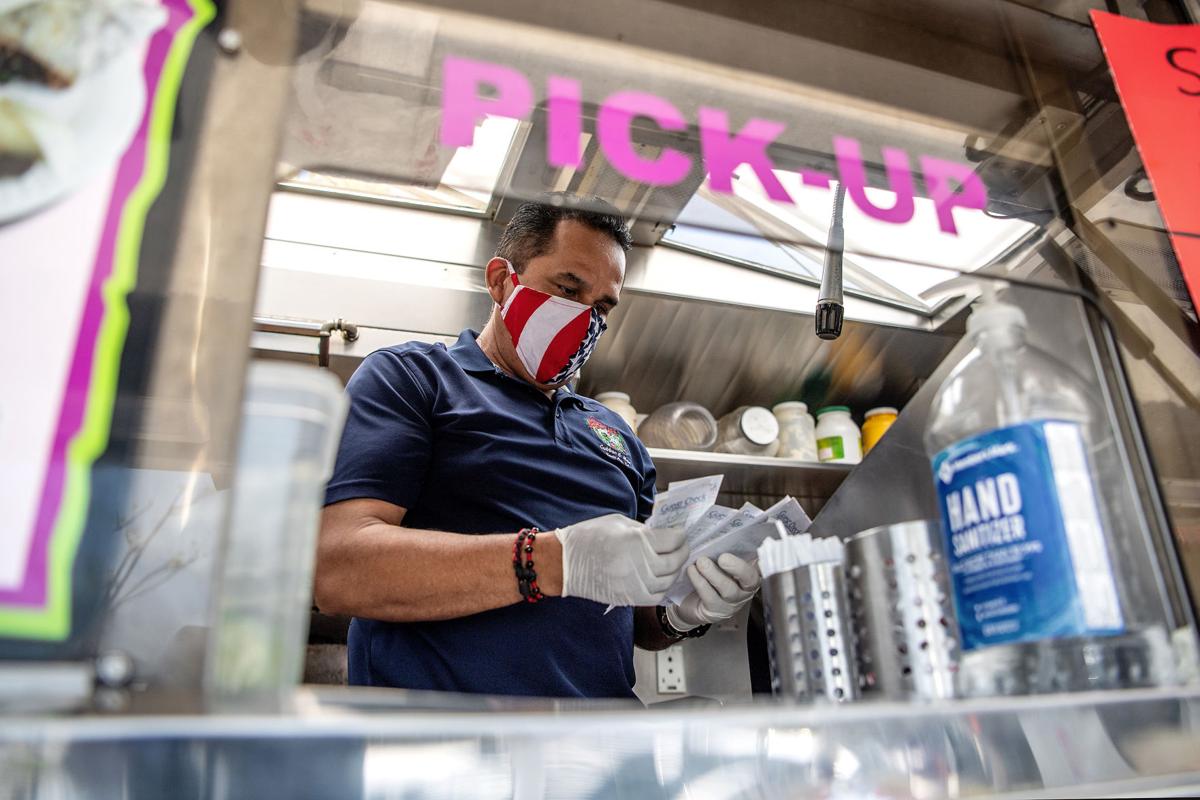 'THEY'VE BEEN THERE FOR US': The scene at Alebrijes Grill Taco Truck on Wednesday, April 22, in Santa Ana, Calif. Owner Albert Hernandez has been at this location for over 15 years and although he's seen a drop in business due to the COVID-19 pandemic, he's managed to remain open and keep his employees. Mariah Tauger/Los Angeles Times 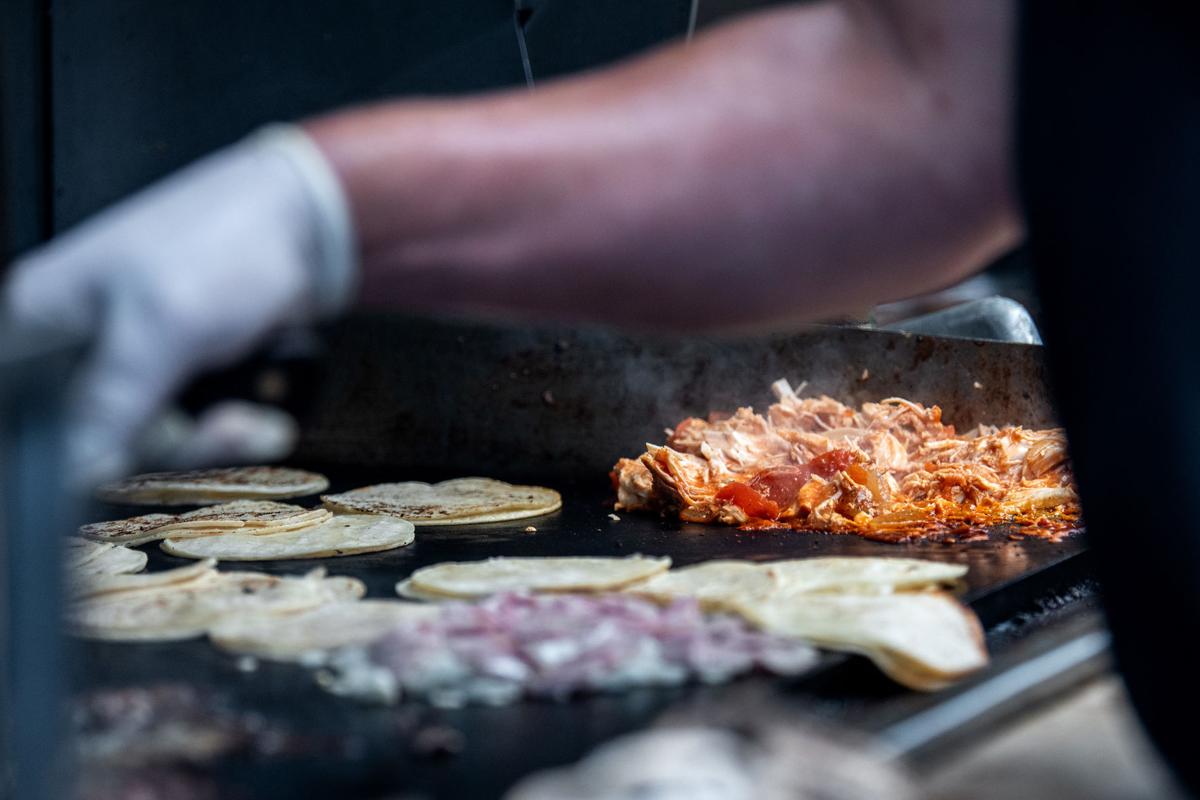 'THEY'VE BEEN THERE FOR US': The scene at Alebrijes Grill Taco Truck on Wednesday, April 22, in Santa Ana, Calif. Owner Albert Hernandez has been at this location for over 15 years and although he's seen a drop in business due to the COVID-19 pandemic, he's managed to remain open and keep his employees. Mariah Tauger/Los Angeles Times

SANTA ANA, Calif. — The ongoing COVID-19 pandemic and ensuing shutdown have left many restaurants uncertain about their future. As they grapple with new realities, we asked some of them to share their stories.

The bottle of hand sanitizer that Alebrijes in Santa Ana has next to its takeout window has always been there.

"We're a taco truck, so hands always get messy for our customers but also us workers," owner Albert Hernandez said on a recent morning, as customers who just finished shopping at a nearby Northgate Supermarket queued up to order.

"But almost none of our customers would ever use it," he said. "Now, they ask for it more than salsa!"

The 44-year-old immigrant from Guanajuato, Mexico, is the embodiment of the lonchero dream. He began to work at Alebrijes, a Cadillac-pink truck that sells Mexico City-style standards like alambres, tortas de Milanesa and picaditas, in 2006.

Hernandez eventually became the owner, then created an empire: He now leases out six other loncheras that range from straightforward taco trucks that serve construction sites to higher-end models that bounce around offices and festivals.

But the business is hurting. All of the trucks except Alebrijes are currently grounded because of the COVID-19 pandemic.

"The positive thing is that we can still work," Hernandez said, nodding as if resigning himself to the thought. "But it's getting hard."

Santa Ana is the only city in Orange County with a bona fide taco truck scene, one created by loncheros who successfully sued in 2006 for the legal right to park in one spot all day. Hernandez continues to organize his fellow loncheros against any government encroachment: Three years ago, they beat back proposed regulations by the Santa Ana City Council that would have forced taco trucks to stay 500 feet from street corners and to provide restrooms.

Their actions created a flourishing lonchera culture in Santa Ana, with at least 70 spread across the city that buzzed from morning until night and spanned Mexican culinary regionalism: You could find Ensenada-style seafood platters and Oaxacan moles, as well as birria de res varieties from Jalisco, Zacatecas and Michoacán.

In good times and bad

Business has declined by half. Hernandez's costs for meat, tortillas and produce have shot up.

"There's a lot of people who depend on our food," he said. "To raise prices would just give people another problem."

And he hasn't laid off any staff. "They've been there for us in our good times," he said. "Now it's time for us to stand with them in the bad."

Hernandez has had to clamp down on the culture he helped to create. There are no longer any chairs or milk crates for people to sit on. He shoos away customers who linger to eat, reminding them all orders are to-go. People can't help themselves anymore to pickled onions, limes and squeeze bottles of salsas; workers now parcel them out, one bag or 2-ounce cup at a time.

'We'll get through this'

Two telling trends are emerging among his customers, Hernandez said. More of them seem to be ordering tortas, which he attributes to their size and the fact they can be stretched out longer as a meal unlike, say, tacos.

And while business from non-Latinos remains roughly the same, his Latino clientele has dropped dramatically, a reflection of how the coronavirus has disproportionately affected the finances of Latinos across the United States.

"In this time, there's a lot of our people with no money," he said.

Hernandez fears the worst is yet to come.

"Difficult times are coming," said Hernandez, as another customer pumped Purell onto their hands. "But I have faith in God that we'll get through this. Because we'll always need tacos."

"Difficult times are coming," said Hernandez, as another customer pumped Purell onto their hands. "But I have faith in God that we'll get through this. Because we'll always need tacos."