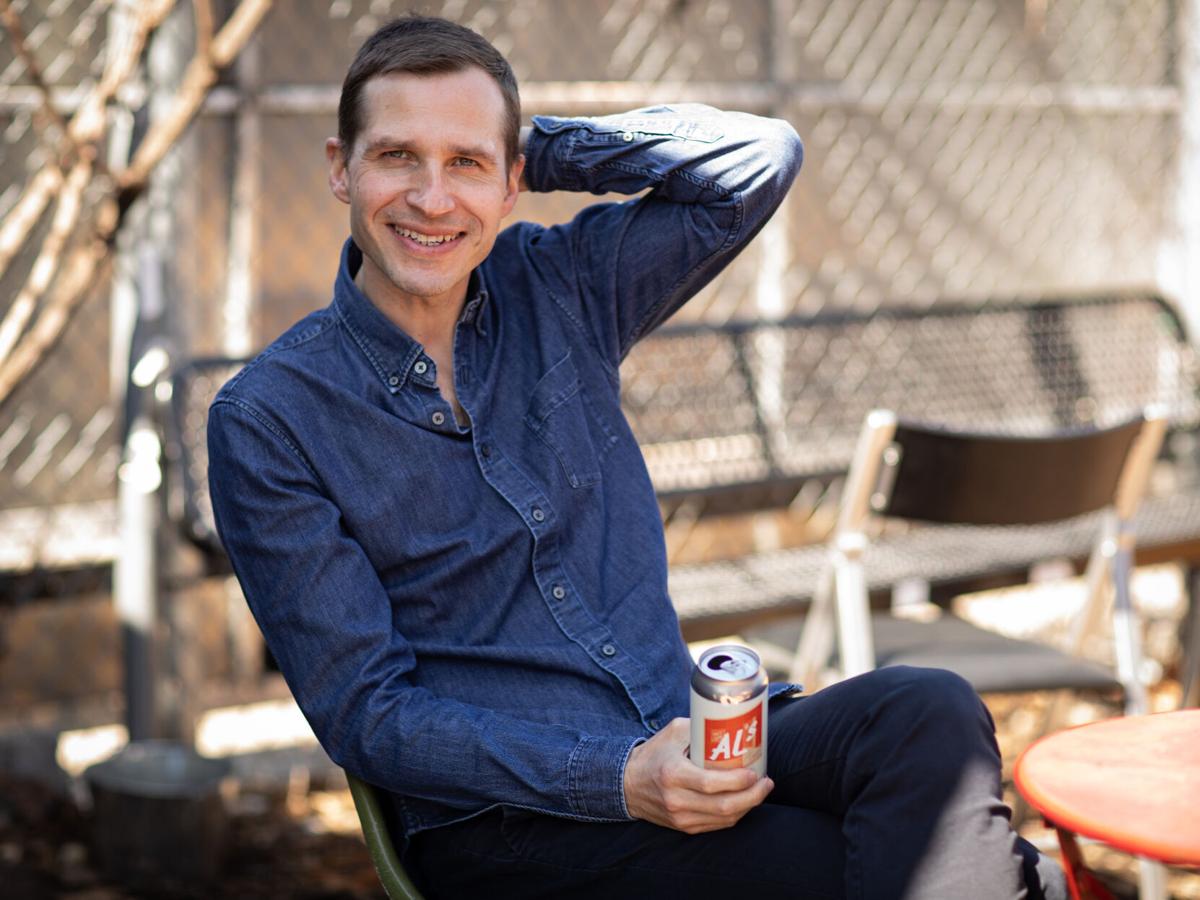 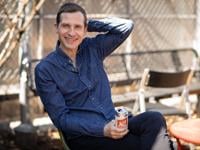 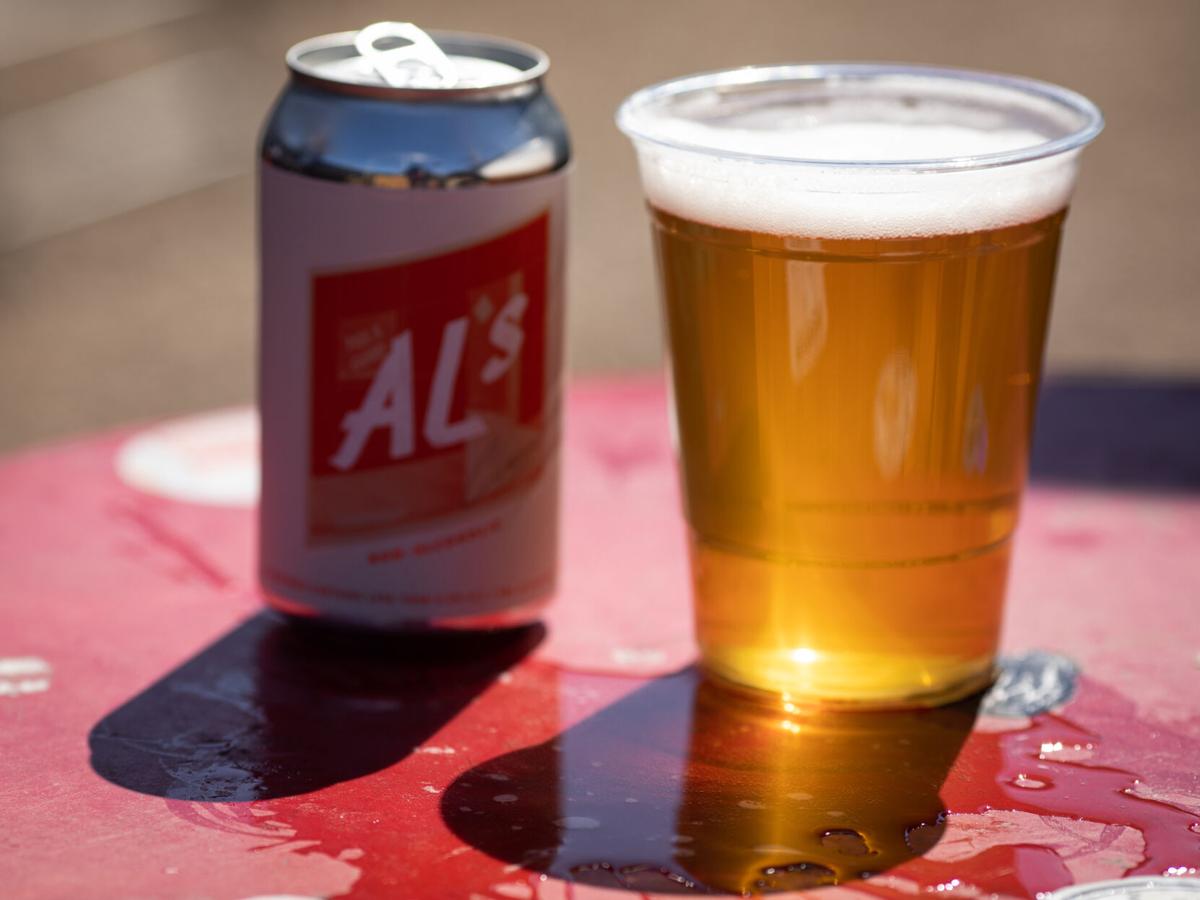 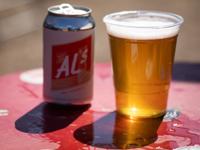 AL'S: Al's was born from de Pury's love for dive bars and classic American and German lagers – and a disappointing search for nonalcoholic options. Clay Williams/For The Washington Post 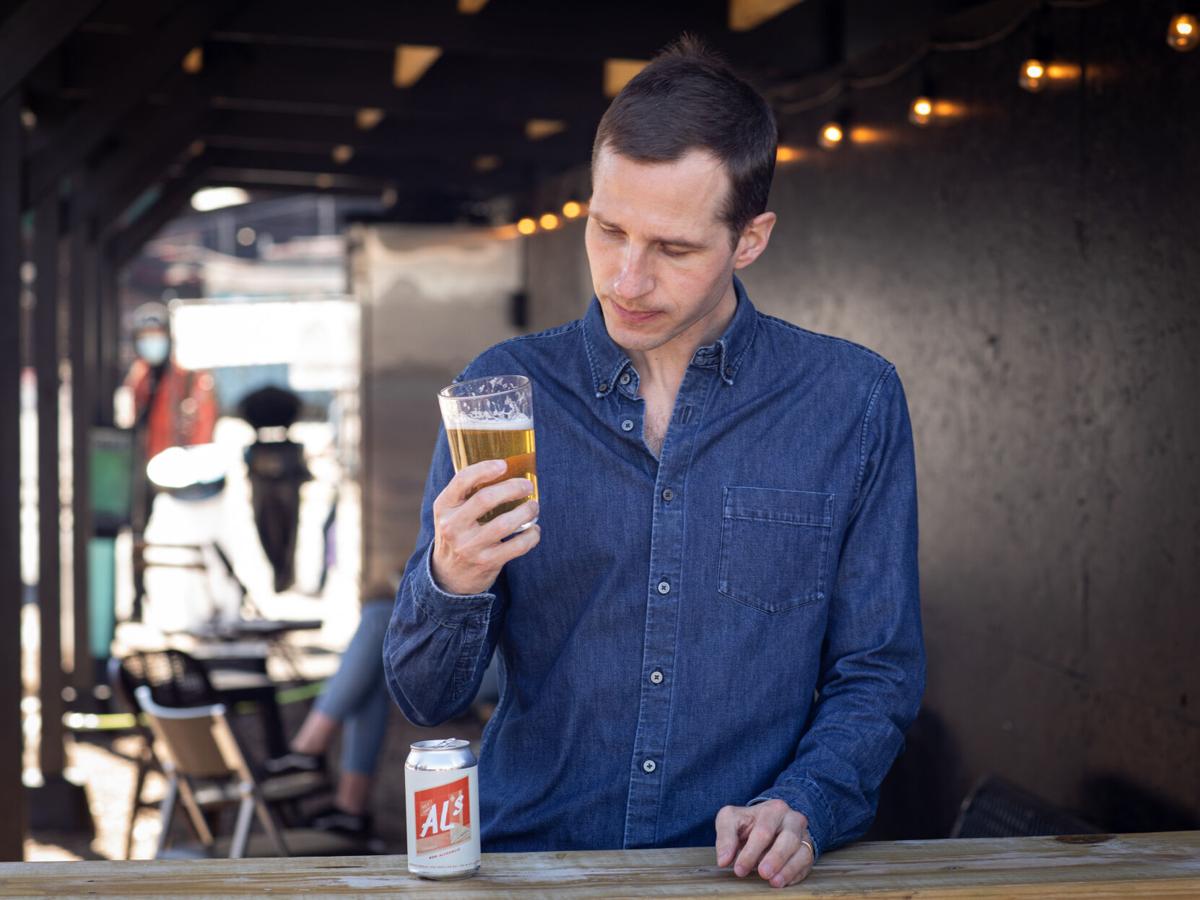 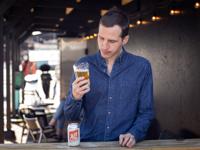 LAGER: De Pury says he wants to make an IPA or a pale ale next, but the lager will always be his anchor. Clay Williams/For The Washington Post

AL'S: Al's was born from de Pury's love for dive bars and classic American and German lagers – and a disappointing search for nonalcoholic options. Clay Williams/For The Washington Post

LAGER: De Pury says he wants to make an IPA or a pale ale next, but the lager will always be his anchor. Clay Williams/For The Washington Post

If I type "Alban de Pury" into my Google Images search bar and hit "enter," I see a tall, slender man attending parties. Lots of parties. There's a photo of him wearing well-fitted dark denim jeans and a white Oxford shirt unbuttoned to his clavicle, waiting to be seated at contemporary artist Angel Otero's private dinner in Montauk, N.Y. And there he is at a cocktail function honoring artist Marina Abramovic, his black blazer smartly scrunched up his forearm and his hand around model Jacquetta Wheeler's waist. As an art ambassador for Absolut Vodka, then the director of partnerships for high-tech Brooklyn music venue National Sawdust, the son of famous art auctioneer Simon de Pury spent most weeknights of the past decade hobnobbing. "Friends used to call me Mr. Manhattan," de Pury says with a slight eye roll.

De Pury preferred to spend his weekends at dive bars, though.

"I like having a Miller High Life in hand, somewhere unpretentious," he says. "No one's trying to be an operator." That's where de Pury, who says he's always been an anxious person, can exhale.

As he got into his late 30s, de Pury noticed his anxiety levels inching higher when he drank those Millers. Headaches were easier to come by, too.

"What was supposed to be relaxing was having the opposite effect," he says. Curious about what he'd feel like if he removed alcohol from his diet, he quickly found the answer: clearer, happier, calmer. He hasn't had a drink in three years.

But a new problem presented itself: De Pury, who grew up in Switzerland, loves the flavor of beer, especially classic German and American lagers (many of which are really German), and the sense of conviviality the beverage brings with it.

"There are few adult drinks that have been embedded in our brains as social throughout our history," he says. "You don't clink glasses with seltzer."

De Pury called a dozen bars and restaurants when making arrangements for his 40th birthday celebration in 2018. Did they carry Sharp's? Maybe St. Pauli N.A.? Finally, he found a spot that offered nonalcoholic beer. When that night rolled around, he put in his drink order only to learn that the one bottle that had apparently been in the fridge was now gone.

"A friend walked to the nearby deli and brought back an O'Doul's in a paper bag," says de Pury. He then asked the bartender if it was all right to drink it there. Cheers. Happy birthday?

This shouldn't have to be such an ordeal, he thought, and the options – when they can be found – should be better. Then and there, de Pury decided he was going to make his own, and two years later, in December 2020, Al's nonalcoholic beer was being shipped to those who somehow discovered it despite the nonexistent press budget.

Many people who land on the same Google images I did wrongly assume that de Pury's father is involved in the business, that de Pury doesn't need to work, that he's a spoiled rich kid who can do whatever he wants. The truth is that he was furloughed from his job when the pandemic shuttered National Sawdust, depended on outside investors (not including his father) for the start-up, and wasn't sure if Al's would ever come to life.

"It's all been exciting, but terrifying," he says. Now, after selling out of that December test-run batch, de Pury is restocked and ready to make more of a splash.

Al's is part of a growing number of craft breweries producing nonalcoholic beer, which legally mustn't contain more than 0.5% alcohol by volume. ("Alcohol free," on the other hand, is reserved for malt beverages containing 0.0% alcohol by volume, according to the Alcohol and Tobacco Tax and Trade Bureau.) In the past few years, brands such as Surreal, WellBeing, Partake and Athletic – all dedicated exclusively to nonalcoholic beer – have come onto the scene, and Brooklyn Brewery and Lagunitas introduced nonalcoholic options.

Big Beer has also started putting money behind this category, encouraged by sales in Europe, where nonalcoholic beer has longer been culturally relevant. Heineken, the world's second-largest brewer, brought its alcohol-free Heineken 0.0 to the United States in 2019, two years after its debut in Barcelona; Anheuser-Busch, which owns O'Doul's, launched the zero-sugar, zero-alcohol Budweiser Zero in 2020; and Samuel Adams introduced its "Just the Haze" nonalcoholic IPA last month.

Market share is still small. According to research company IRI, which tracks sales at chain retailers, nonalcoholic beer made up 0.49% of the beer market as of early March – up from 0.41% in March 2020 and 0.33% in March 2019. While these numbers are imperfect, as they don't account for on-premise or direct-to-consumer sales, they give a more accurate picture than do growth numbers, which are skewed by the coronavirus pandemic.

"Since we basically, overnight, stopped drinking in bars and restaurants and started buying everything at package stores or online, all the numbers are up," says Bart Watson, chief economist for the Brewers Association.

Watson suggests looking at flavored malt beverages, the IRI subcategory containing uber-trendy hard seltzers, for comparison. Their market share grew from 8.89% in 2020 to 11.51% as of March 2021, and Topo Chico and Spindrift are both jumping into the hard seltzer game this spring.

"If it's sparkly, it's probably being turned into a hard seltzer," he says. So, while media coverage touting nonalcoholic beer as the next big thing doesn't quite track with the current data, makers are betting on potential and the strength of that buzziest of buzzwords: wellness.

One thing no one's debating is that flavor has improved. Until recently, there were two methods for making nonalcoholic beer: halting fermentation before sugars convert into alcohol, which can result in a too-sweet, almost tea-like beverage, or boiling off the alcohol from a fully fermented beer, losing aroma and depth of flavor along with it.

Now, though, some craft brewers are removing alcohol at lower temperatures, or they're experimenting with newly discovered yeast strains, or they're Frankenstein-ing together the best parts of multiple approaches, or they're doing something else altogether. Despite what many in the industry say has become a more collaborative community, those who have landed on winning formulas are holding them close.

"Our processes are totally different from what anyone else is doing," says Bill Shufelt, owner of Athletic Brewing Co. "We intend to keep it that way."

'You can't hide behind hops'

Al's is also made in California, with the help of Barrel Brothers Brewing Co. founder and brewmaster Wesley Deal and Chris Anderson, lead brewing expert for BevZero, a consulting firm that helps brands make nonalcoholic wine, beer and cider.

"Lagers are naked. You can't hide behind hops," says de Pury, referring to the addition of hops after alcohol removal (dry hopping), a process some brewers lean on to reintroduce citrusy, earthy aromas and disguise nonalcoholic beer's sweet, malty undertones. He had to find brewers who really knew what they were doing to make a crisp, clean, nonalcoholic brew.

Anderson has worked in the craft beer industry for 25 years, earning more than 400 medals and ribbons, and says he "wholeheartedly" believes that BevZero's GoLo technology is the best there is. The CliffsNotes explanation of how it works: Starting with an alcoholic beer, the machine removes aroma and flavor molecules and holds onto them before stripping off the alcohol. Then, it remarries those reserved hop aromas and malt flavors with the remaining liquid.

Anderson and Deal spent some time reverse-engineering the Al's formula based on what they know happens inside the machine, too. For example, it concentrates flavors by 30%, so they reduced the hops by about that much. Foam stability has been an issue in the past, so they chose high-protein malts to add body. After a few months, Anderson knew they nailed it.

"This is gonna be a banger," he said.

All in all, Al's is a fairly traditional European lager-style beverage.

"We didn't try to get cute with it," says Anderson, before taking a moment to reflect. "Seven years ago, I never would have imagined this is where we'd be with nonalcoholic beer now."

By the way, Anderson has consumed only four alcoholic drinks so far this year – and I have consumed twice as much Al's.

Curious what my friends Megan Krigbaum and her husband, Michael Harlan Turkell, would think of Al's, I placed two cans at their Brooklyn doorstep and waved from a safe distance. Krigbaum and Turkell are beverage pros: She's a wine writer, and he's a food studies professor, cookbook author and their household's resident beer lover. I awaited their report.

Three days later, I received it. They split the first can, concluding that, in addition to being easy drinking and properly bitter, Al's succeeded where other nonalcoholic beers have failed: "It had that frothy fizziness that we look for in beers of that sort, and it also had a real finish," said Krigbaum. The next day, Turkell asked if he could have the remaining can all for himself.

Bainbridge is author of "Good Drinks: Alcohol-Free Recipes for When You're Not Drinking for Whatever Reason" (Ten Speed Press, 2020).