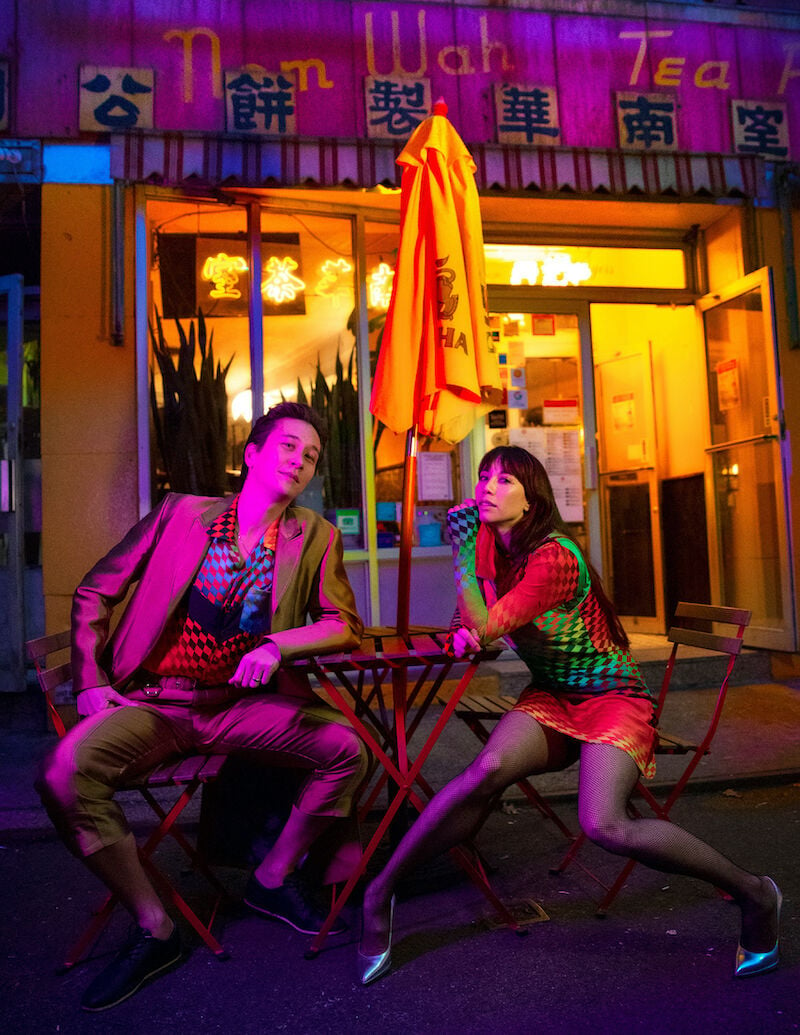 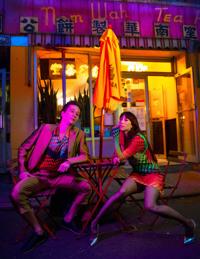 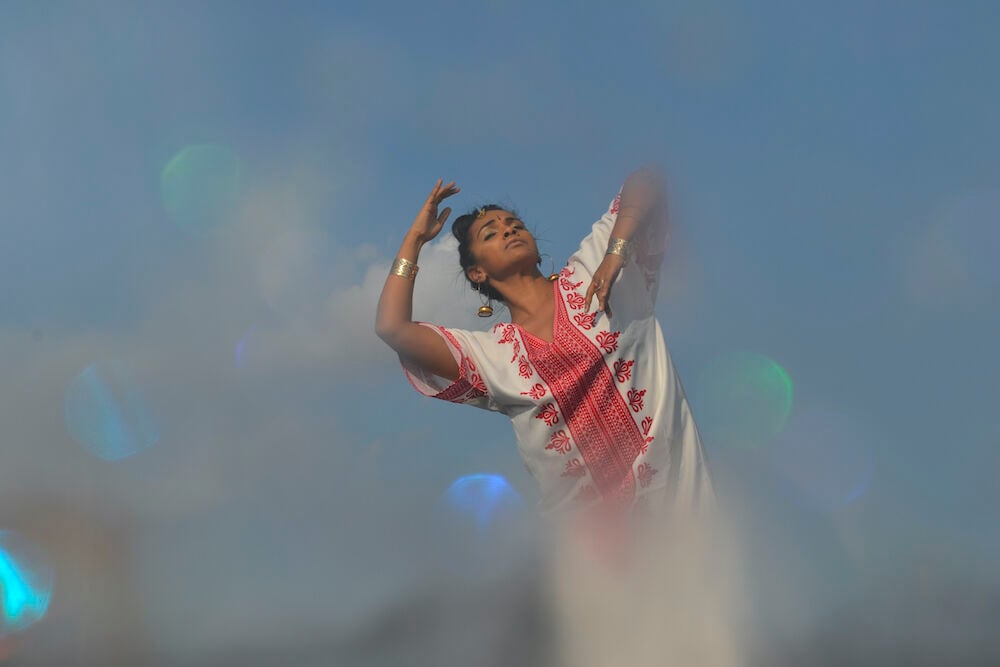 Phil Chan and Georgina Pazcoguin, the founders of Final Bow for Yellowface, an organization dedicated to eliminating offensive Asian stereotypes in dance, had been working on their virtual choreography festival for months when something suddenly shifted their focus: a shooting in Atlanta that left eight people dead, six of them Asian.

The pair knew they had to respond, pulling people in their Asian creative community together to air fears and unload the emotional baggage from a year of increased hate crimes against Asians across the country.

They convened a virtual teahouse, and the discussions confirmed what many had been feeling for a long time: that they felt invisible and siloed in the predominantly White creative industries. The aim of Chan and Pazcoguin's 10,000 Dreams Virtual Choreography Festival was to spotlight choreographers of Asian descent, but after the shooting, the festival began to take on a special meaning. In a way, Chan says, they became the sort of "epicenter" for the Asian dance community.

"All of us resonated with each other's stories," says Chan, an arts administrator, author and former ballet dancer based in New York City. "There was a deep moment where we sort of were committing to building a network, building a community, taking up space, being loud, being bold. This festival really came out of that impetus of saying, 'No, we're going to take up space, we're going to make some noise, and we're going to show you how brilliant we are.' "

Chan and Pazcoguin, a soloist with the New York City Ballet who is the only woman of color in the company's senior ranks, have long recognized outdated, troubling depictions of Asian people and people of color in such beloved classical ballets as "Le Corsaire" and "La Bayadère."

And in many productions of ballet's biggest moneymaker, "The Nutcracker," including George Balanchine's version for the New York City Ballet, there are troubling ethnic caricatures, such as White dancers in slant-eyed makeup, wide hats and geisha wigs performing head-bobbing, finger-pointing movements.

At City Ballet, audiences made their feelings known, sending complaints about the exaggerated caricatures of Asians onstage.

"The company had been receiving literally thousands of letters from people saying, hey, you know, I'm not too comfortable with how the different groups, the different nationalities are represented in George Balanchine's 'Nutcracker,' " Chan says.

Chan would eventually meet with Peter Martins, then City Ballet's ballet master in chief. They discussed core elements of what made the depiction offensive and the history of Asian representation onstage. Then, adjustments were made to the choreography, costuming and makeup.

"('The Nutcracker') is probably the biggest phenomenon in ballet," Chan says. "And some people were not comfortable bringing their children anymore because they were uncomfortable with the racial caricature."

The changes there, at one of the biggest ballet companies in the world, prompted a larger question for Chan and Pazcoguin: "What if we could change the best practice of every dance company to be more respectful and inclusive?" says Chan.

They ran with that messaging, and in 2017 the longtime friends founded Final Bow for Yellowface to eradicate "yellowface," offensive stereotypes of Asians, from dance, and to challenge what representation looks like onstage. Dance companies can sign a Final Bow pledge to commit to eliminating these portrayals onstage.

Chan says that many major dance companies, including the Paris Opera Ballet, which cited Final Bow in its most recent diversity report, have signed the pledge. Signing is a commitment, and Chan and Pazcoguin emphasize that they want to hold companies accountable without limiting creativity or fundamentally altering classic works.

Last year, they decided to take matters into their own hands. During Asian American and Pacific Islander Heritage Month in 2020, they started a "What's the Tea?" series, recording a conversation every day with an Asian dancer. And this year's 10,000 Dreams Virtual Choreography Festival aims not just to highlight Asian choreographers and artists but also to tell dance companies: Hey, we're here, hire us.

"Ballet companies are doing their diversity training and their strategic planning," Chan says. "But (the festival) was a concrete thing to show they're doing the work and actually changing the face of who gets to be in the room. Here's 31 choreographers you could potentially commission."

Each day in May, Final Bow for Yellowface will profile a choreographer of Asian descent on its website (yellowface.org) and Instagram account. Choreographers include Dana Tai Soon Burgess, Yin Yue, Norbert de la Cruz III and Brinda Guha. They've also reached out to artistic directors, asking for commitments to commission an Asian choreographer by 2025.

"It's not just signing a pledge. It's fully committing from start to finish and making sure you set people up to succeed," Pazcoguin says. "We want to empower artistic directors to invest in talent when they see something they like."

Washington Ballet dancer Stephen Nakagawa found strength and friendships in the "What's the Tea?" series and hearing testimonials from other Asian artists.

"Phil and Georgina allowing people to create a space for themselves as Asian American choreographers is something beautiful," Nakagawa says. "The festival is giving a platform not just for choreographers but for musicians, composers, set designers and costume designers. It's about everyone behind the scenes, as well."

Peter Boal, artistic director of Pacific Northwest Ballet in Seattle, has made choreographic changes to three works in the company's repertoire. He acknowledges that ballet "has its issues" and that "if it's not forward-looking and willing to change, it's not going to last."

"We have a heavily Asian community here in Seattle," Boal says. "You can't move forward with 'The Nutcracker' that is stereotyping your community, even if it's a fraction of your community."

Chan and Pazcoguin want Final Bow for Yellowface to be a place of commitment, change and resources, which includes a growing database of Asian artists. So far, they've partnered with six companies, including the Washington Ballet, that are committed to producing all-Asian commissions by 2025 and are looking for more. Pazcoguin wants to "see Asian creatives everywhere" and hopes the organization can become a place to help future generations break down barriers.

"At the end of the day, Gina and I are coming to this as lovers of ballet," Chan says. "We want it to survive and be relevant. Ballet could be a time-capsule experience or be something that is radical and relevant and moves you and makes you feel alive.

"So which is it?," he says. "Is it a cute historical experiment to just say, 'Oh, this is how Europeans used to dance,' or is it something that can mean something today?"

On Monday, 11 Guamanians graduated from the Guam Community College Truck Driving Boot Camp and into new career opportunities - something that … Read more

Choose a quality summer program for your children

With school ending in a couple of weeks, many parents islandwide are beginning to search for a summer program that will offer their children a… Read more