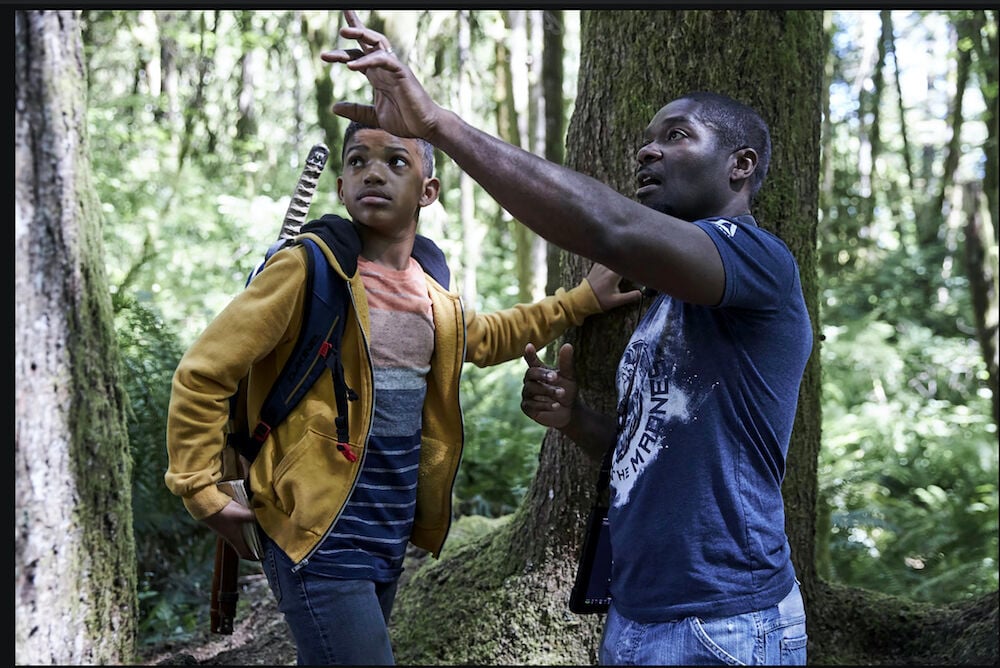 MOVIES FOR ALL AGES: Lonnie Chavis, left, and David Oyelowo appear on the set of "The Water Man," Oyelowo's directorial debut.  Photo courtesy of Karen Ballard 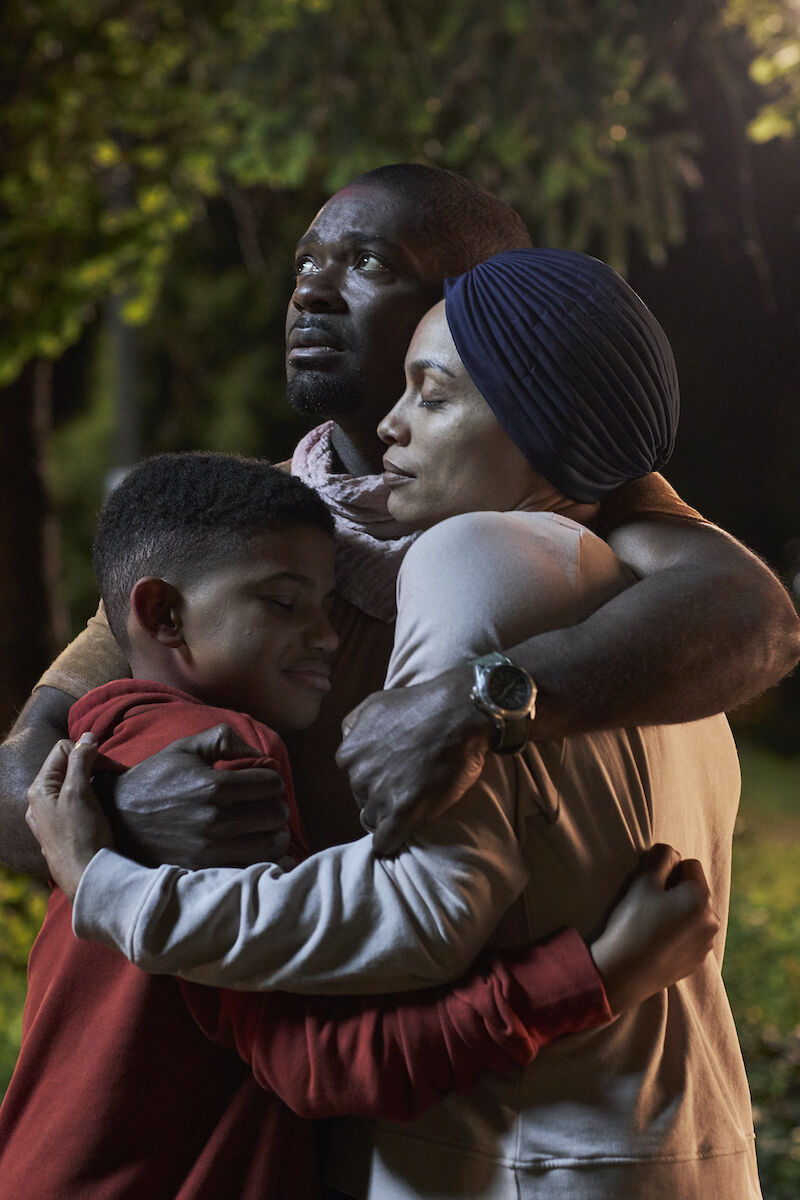 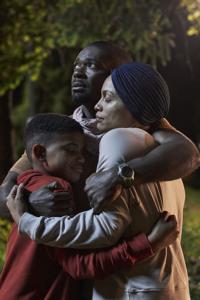 MOVIES FOR ALL AGES: Lonnie Chavis, left, and David Oyelowo appear on the set of "The Water Man," Oyelowo's directorial debut.  Photo courtesy of Karen Ballard

When people first saw David Oyelowo's "The Water Man" at the Toronto International Film Festival last fall, some of them evinced surprise that the actor chose it as his directorial debut.

"They said, 'We're used to you doing "important" movies,'" Oyelowo recalled during a recent Zoom conversation from England. "And I understand what they mean – it's the work I've done in the historical space and the civil rights space."

Granted, Oyelowo's latest project won't be mistaken for "Lincoln," in which he had a small role, or "Selma," in which he portrayed the Rev. Martin Luther King Jr. "The Water Man," which was written by Emma Needell, is about an 11-year-old boy named Gunner (Lonnie Chavis) who embarks on a supernaturally tinged journey to save the life of his ailing mother, played by Rosario Dawson. Set in the Pacific Northwest, "The Water Man" deals with real-world pain and grief by way of adventure and fantasy; in its deft balancing of grown-up themes, wholesome sensibility and handsome production values, the PG-rated drama occupies what has threatened to become an extinct species within cinematic ecology: an entertaining family film with nary a spandex unitard or Pixar logo in sight.

Oyelowo gets it. "The Water Man" doesn't delve into American history or civil rights struggles. "But to say that those films are important and (family films) fundamentally are not - because they don't deal with racial injustice or politics or themes that are more intellectual – I would say is a misunderstanding of a broad audience," he said.

"The Water Man" received mostly good-to-glowing reviews out of Toronto, aided by Oyelowo's appearance in the film as Gunner's strict military father. Any other movie with those assets would have the wind at its back when it came to acquiring distribution. But Oyelowo and his producers encountered a number of obstacles on their way to eventually being picked up by RLJ Entertainment and Netflix, a situation not helped by the fact that the coronavirus pandemic made buzz even harder to build. ("The Water Man" arrived in AMC theaters on Friday; Netflix will make it available around the world later this year.)

"Some of the reaction from the buyers was, 'Oh, this is a tweener,'" Oyelowo said. "'It's not for kids, it's not for grown-ups.' And the rationale was, because it was dealing with themes that were grown-up through the eyes of kids, when it comes to (adult audiences) they may be put off because the protagonists are kids. That's just fundamentally not true."

Indeed, "The Water Man" harks back to the kind of movie that Oyelowo, 45, grew up with, and has sought to resurrect in recent years: films such as "E.T. the Extra-Terrestrial," or "Stand by Me" or "The Goonies" - all of which featured young people on adventures that, however fanciful, were grounded in such real-life anxieties as divorce, absent parents, deaths of siblings or loss of community. "The reason why I missed those films was because now, as a father of four myself, it's hard to find films that are both entertaining and meaningful thematically in a way that doesn't patronize a young audience," Oyelowo explained. "I think a mistake our business is making is that you have executives who have a misguided notion of just how emotionally intelligent teens and tweens are."

That shortsightedness doesn't just apply to Hollywood studios. Way too often, mainstream, family-oriented movies are overlooked by festival programmers who are on the hunt for the edgy new thing. The term "family" has come to mean "for kids," which has come to signify something trite, manipulative and saccharine. Critics follow suit, gravitating toward awards-season fare and snob-worthy work by boundary-pushing filmmakers who have been conditioned to signal artistic seriousness through graphic violence, transgressive sexuality, pervasive profanity and bleakly pessimistic subject matter.

Meanwhile, serious-minded movies that exemplify a more accessible and aspirational worldview are unfairly dismissed and pigeonholed – never mind that such films are much harder to execute without the crutches of sensationalism and vulgarity.

Family films have always been a staple at Toronto, especially opening-weekend matinees. But because last year's festival was both online and in-person, and because so many attendees would be watching with their kids, programmers made a special effort to program family-friendly movies, according to TIFF artistic director and co-head Cameron Bailey. "We had to program thinking about that audience experience," he explained in an email. In addition to "The Water Man," Bailey pointed to the animated feature "Wolfwalkers," which went on to be nominated for an Oscar, as an example of "films that all ages can enjoy." He added: "We wanted families to have an opportunity to watch films at home together that all age groups would find compelling."

Although "The Water Man" had goodwill coming out of Toronto, "when it came time for distributors to understand what to do with that, or harness that energy and point it toward a release, it became a very challenging conversation," recalls Chris Slager, senior vice president of film advisory at Endeavor Content, which sold distribution rights to the film. "It ended up being something that had universal enthusiasm from buyers on an individual level, but none of them were mandated to acquire this kind of content." (Another Endeavor Content production, "Blue Miracle," about a real-life group of Mexican orphans who win a lucrative fishing tournament, will debut on Netflix on May 27.)

In many ways, the decline of the classic family film is the result of Hollywood's own self-cannibalizing business model: Families who once piled into the Ford Falcon to go see "The Parent Trap" and "That Darn Cat" in theaters – and, later, "Bad News Bears" and "Holes" – are now more likely to trek to the multiplex to catch the latest Avengers installment, or watch "The Mandalorian" in separate rooms on their personal screens.

Producer DeVon Franklin has watched the trends with dismay. "When you look at your 'Cheaper by the Dozens,' the 'Yours, Mine and Ours,' 'The Pacifier' ... those (kind) of films have gone down exponentially," explains Franklin, whose credits include "Miracles from Heaven" and "Breakthrough." "Hollywood has misinterpreted the success of the superhero movies. I can tell you that the audience I make movies for, they want more films that aren't just a superhero film. They want stories that they can watch with their whole family, that aren't just special effects. The special effect is love, the special effect is kindness, the special effect is coming together to get through what we're going through right now."

In addition to Marvel, Oyelowo points to Pixar as having successfully captured multigenerational audiences, much in the same way that Steven Spielberg's Amblin Entertainment did in the 1980s. Industry insiders call these "four-quadrant" movies, referring to their appeal across four demographic groups: young and old, male and female. They'll also often use the terms "co-viewing" and "multigenerational," indicating films that parents and kids watch together.

And they are primed to make a comeback, especially after a year of families being cooped up at home and looking for visual stories to enjoy together. One mission of Oyelowo's production company, Yoruba Saxon Productions, is to create "three- or four-quadrant film(s) that kids can watch with their parents and their grandparents and everyone is getting something out of it. ... We call it 'live-action Pixar.'" (Yoruba Saxon's films include "A United Kingdom," about the biracial marriage of Ruth Williams and King Seretse Khama of Botswana, and "Come Away," a mash-up of "Alice in Wonderland" and "Peter Pan" in which Oyelowo co-starred with Angelina Jolie.)

Tendo Nagenda, vice president of original film at Netflix, met Oyelowo when they worked on the 2016 Disney movie "Queen of Katwe," about a young chess prodigy coming of age in Uganda. Although the movie wasn't a barnburner in theaters, it has proved to be a outsized performer, first on Netflix and now on Disney Plus. Nagenda points to the recent success of "Concrete Cowboy," a teen drama starring Idris Elba that Netflix picked up out of Toronto, and "Yes Day," a PG-rated comedy starring Jennifer Garner, as more proof that these stories are filling a hole in the marketplace. "Over time, as there were more ways that entertainment could satiate an audience (through) television, premium cable and now streaming, the theatrical relevance of ... those films tapered off," Nagenda said. "But that doesn't mean the audience stopped wanting those films. The theatrical business just didn't necessarily support them."

Tamara Rothenberg, senior vice president of kids, family and young adult programming at Endeavor Content, believes that as success stories like "Yes Day" accrue, a new golden age of family viewing might be dawning – at least on home screens. Although audiences have splintered into smaller and smaller niches over the past couple of decades, she thinks the rise of streaming platforms "gives the potential for the kind of four-quadrant success that has only been available in theaters."

It's worth noting that Amblin is even getting back into the game: The company has announced plans to remake two of its biggest hits from the 1980s, "The Goonies" and "Gremlins," and will produce an upcoming adaptation of Edward Gorey's gothic tale "The Doubtful Guest" written by Kumail Nanjiani and Emily V. Gordon.

Will those be family films? Kids' movies? Or multigenerational co-viewing opportunities? Because they span so many genres and tones, it might be time to retire traditional nomenclature.

"I think the range of what we now call 'family films' is wide and expanding," said Nagenda, "and as such it might be time to revisit exactly what that means and what it can mean."