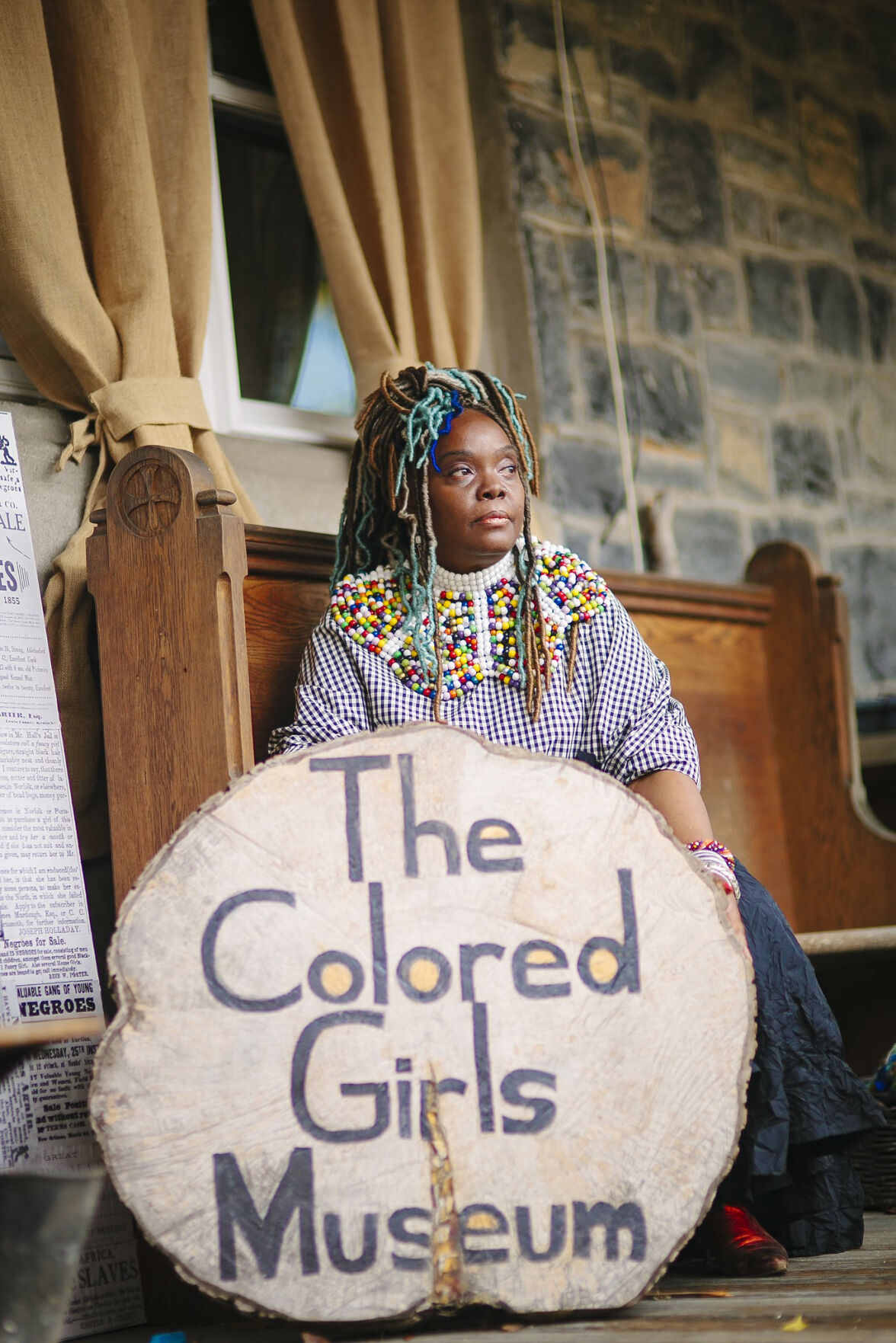 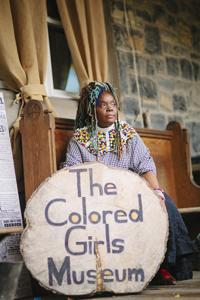 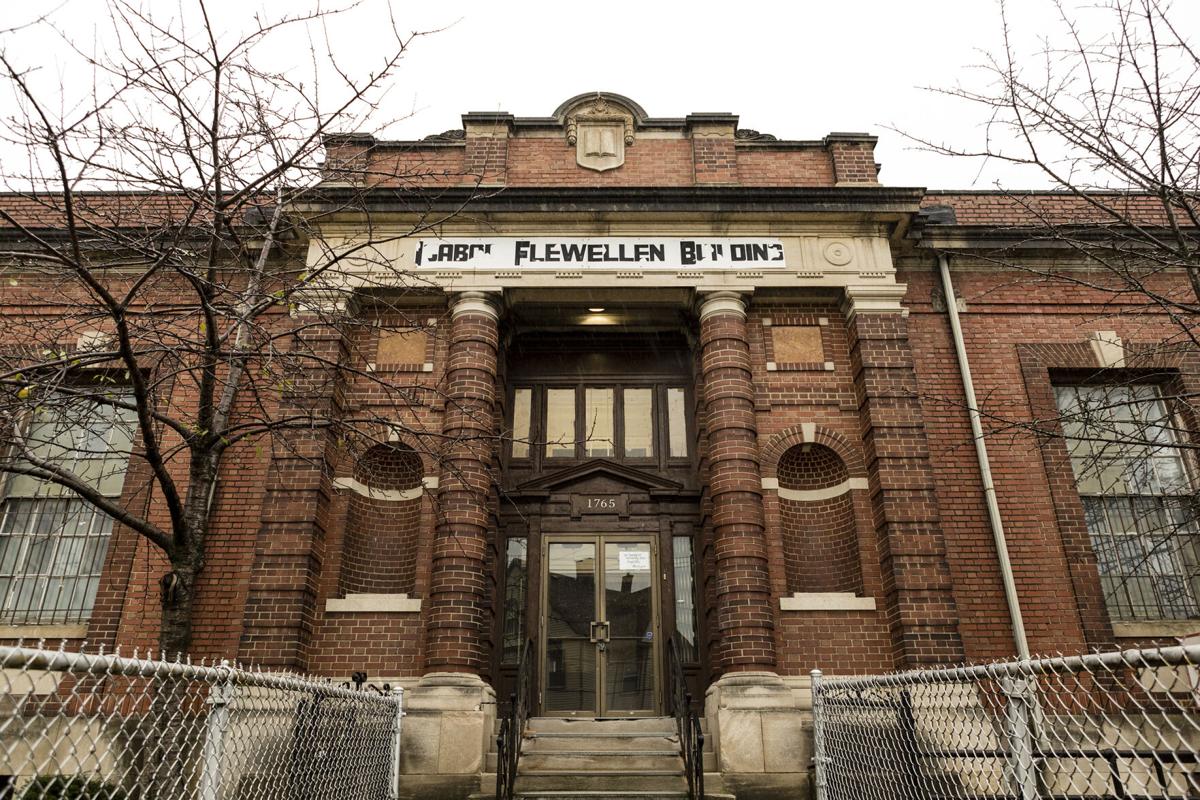 PART-TIME: The African American Museum of Cleveland is housed in a Carnegie library in Cleveland's Hough neighborhood and was closed for six years due to funding struggles until reopening part time in 2010. Amber Ford/For The Washington Post 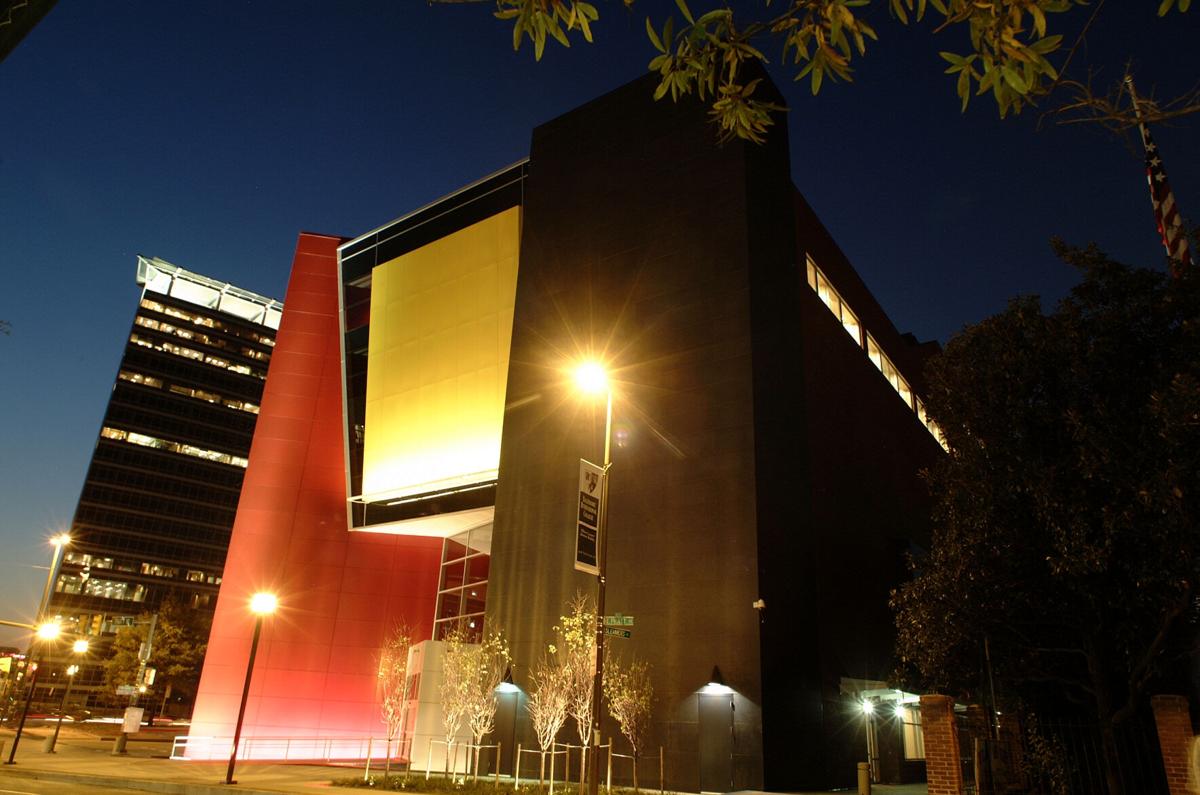 PART-TIME: The African American Museum of Cleveland is housed in a Carnegie library in Cleveland's Hough neighborhood and was closed for six years due to funding struggles until reopening part time in 2010. Amber Ford/For The Washington Post

This past summer, Teyvaun Allen found himself parked in front of an old brick building just east of downtown Cleveland looking for a museum. Having recently learned - somewhere on the internet - that his hometown once had a major African American history museum, he had decided to try to find it.

"I literally just wanted to see if it existed," Allen, 24, recalls of driving across town to a place most sources said was closed because of a lack of funding. "Even if I was standing outside of it, I (thought I) would get a feel for what it would be like."

At first, it didn't seem as though there was much of a feel to get. In fact, the building - a former public library surrounded by a chain-link fence and overgrown with vines - lacked the conventional signifiers of a museum: the wide staircase, the tall colonnade, the pristine landscaping.

But shortly after arriving, Allen bumped into the museum's director, Frances Caldwell, who with little fanfare had reopened the African American Museum of Cleveland in 2010. She led him into a large room with high, coffered ceilings and a hodgepodge of classical-style architectural elements. The space was filled with ceremonial masks, figurines and sculptures, hand-painted drums and maps explaining Black migration patterns, some extending all the way to Ohio.

A few items were in display cases; many were boxed up. Allen's visit - in a setting that fell somewhere between museum and attic - mixed an educational experience with an intimacy akin to digging through family memorabilia. Still, even being able to see - and in this rare situation touch - such objects was significant. Growing up in Cleveland, Allen never saw artifacts that reflected Black history - things he could relate to personally. It occurred to him, he says, that if Black children were to encounter such objects at an early age, "they would know who they are, where they come from and have more of a sense of pride."

This is the principle underlying hundreds of Black history museums nationwide - that seeing yourself represented and understanding your history is a fundamental right.

That's what inspired Caldwell to save a museum that had been closed for years. It also drove Vashti DuBois to found the Colored Girls Museum in Philadelphia in 2015, after museum visits left her exhausted from the mental labor of trying to color herself into the images. And during the civil rights era, it led leaders of the Black museum movement - Icabod Flewellen in Cleveland, Margaret Burroughs in Chicago, among many others - to establish museums in their homes. In doing so, they spurred a kind of activism that drew strength not from marching through the streets toward a better future, but from staking a claim to a place and asserting a right to memorialize the past.

Yet despite their pioneering efforts to collect artifacts neglected by mainstream museums, telling stories left untold for too long, and laying the foundation for D.C.'s National Museum of African American History and Culture, many African American history museums remain chronically underfunded. And today, those museums - like their communities - are uniquely vulnerable to the effects of the coronavirus. But their struggle also has created institutions with grit. They are museums for which, too often, trauma is the subject matter and crisis is the normal operating state. They are museums with leaders who have long been first responders as much as they've been collectors.

From their earliest days, Black museums showed their communities that they were as interested in telling the story of the community as they were in hearing it. A 1960s ad from Chicago's DuSable Museum of African American History, quoted in "From Storefront to Monument," Andrea A. Burns's book about Black museums, asked ordinary people to bring objects to the museum (also a collecting philosophy at D.C.'s Anacostia Museum.) At Detroit's Charles H. Wright Museum of African American History, which opened in 1965 as the International Afro-American Museum, early leaders even considered selling museum shares for one cent each, so people could feel like they had a stake in its success.

And many went beyond a museum's traditional scope and duties. Perri Irmer, DuSable's executive director, said that early in her tenure, she was still receiving collect calls from inmates asking about the art classes that Burroughs once taught at the prison. In its heyday, the Cleveland museum taught courses on subjects as diverse as nutrition, legal rights and financial management.

Located in Hough, a residential neighborhood where many displaced African Americans were relocated during 1950s urban renewal projects, the Cleveland museum, in many ways, exemplifies the promise and pain of Black history museums. Founded in 1953 by Flewellen, an avid collector, it was the first independent Black history museum in the country, and over the years, it featured traveling Smithsonian exhibitions and even collaborated with NASA for an exhibit on solar electricity in African villages.

But funding problems and maintenance issues eventually forced it to close in 2004. Today, a team made up of volunteers, including Caldwell, and a new board are working on getting the museum fully running, starting with infrastructure improvements. But it has been difficult financially. Caldwell says they've received little outside funding beyond a $5,000 grant from Cleveland's Cuyahoga Arts and Culture organization. Most potential benefactors seem primarily interested in the museum's historic building - a Carnegie library. When a local politician visited, Caldwell says, he suggested they sell it to a developer and donate the collection to the Western Reserve Historical Society.

Duvall Brown, a board member, says the museum could play an important role in telling Cleveland's Black history if the right investments are made in displays and exhibitions.

"There are not many places you can go in Cleveland to find that history. We have so many pieces and parts, but it takes funding," he says. "We are just not getting it, and I don't get that. It's not like we're out here just throwing anything up against a wall."

The Cleveland museum's struggles aren't unique. The DuSable has remained closed throughout the pandemic, in part because of the added costs associated with coronavirus precautions. Irmer also pointed to major public funding disparities between the DuSable and other cultural institutions in Chicago.

Black Lives Matter protests and heightened interest in what history textbooks have skipped give some museums hope. Wanda Draper, interim executive director of Baltimore's Reginald F. Lewis Museum of Maryland African American History & Culture, has been surprised to see higher attendance and revenue this year, even in the middle of a pandemic. She attributes this to pent-up demand, the museum's 87,000-square-foot space (ideal for social distancing) and the ongoing social justice movement.

And Vedet Coleman-Robinson, director of the Association of African American Museums in Washington, points out that many of the protest marches began or ended at a city's Black history museum - even when those museums were closed.

"These buildings became sacred grounds," she says. "They were places where people were seeking refuge. They were a warm place to be."

The history museums' community-oriented nature allows them to create exhibits about their cities in ways that larger museums cannot. Eric Ewing, who describes his role at the Great Plains Black History Museum in Omaha as "janitor to executive director and everything in between," is working on an exhibit about how local businesses have been affected by the pandemic, with videos shot on Zoom. He's also excited about expanding the museum's geographic reach through Zoom tours of the small storefront museum for schoolchildren from Hawaii to Georgia.

For DuBois, director of Philadelphia's Colored Girls Museum, a museum can be both diagnostic and medicinal. The house museum has such featured exhibitions as "A Good Night's Sleep," which tasked artists with finding an elixir for "400 years of sleeplessness," and "Urgent Care,"where every room was themed according to a room in a hospital. DuBois describes it as "a public health facility operating as a museum."

"We take seriously the idea that a museum should be doing some work. She should not just be there with some cute things on her wall," DuBois says. "She should not prioritize collections of people. She should be about the people."