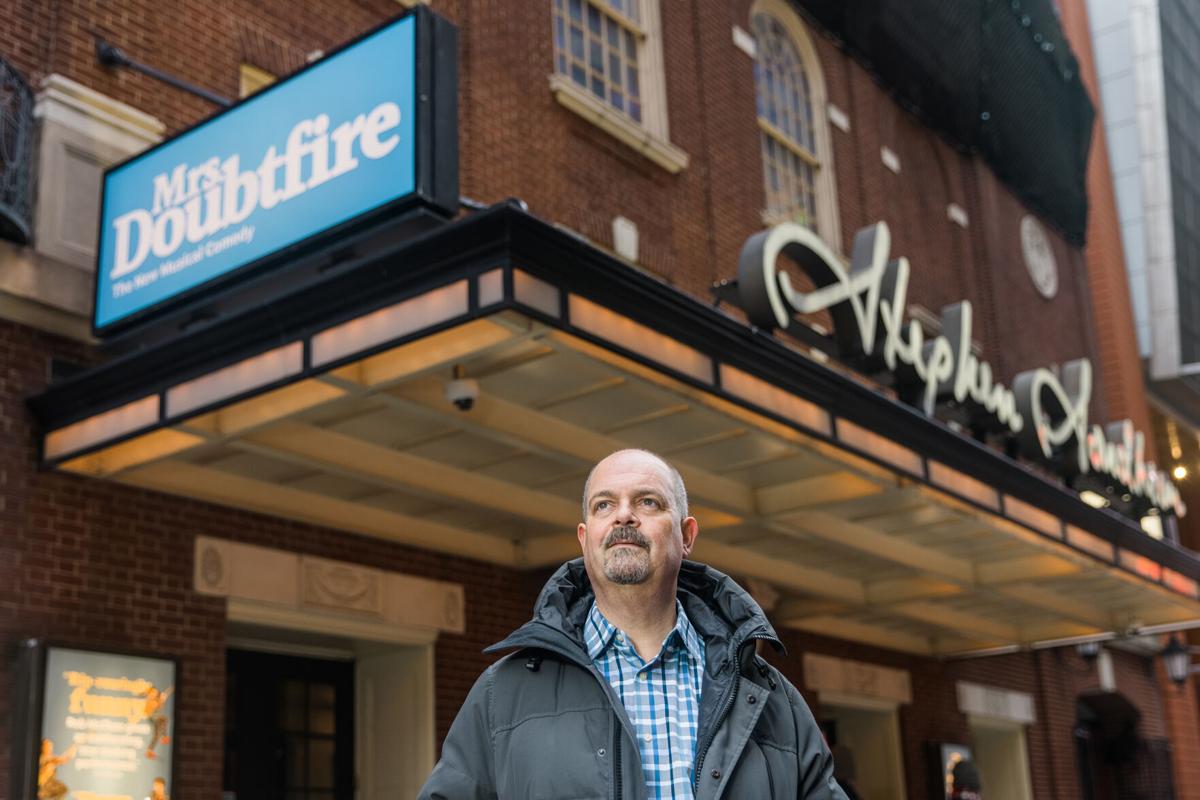 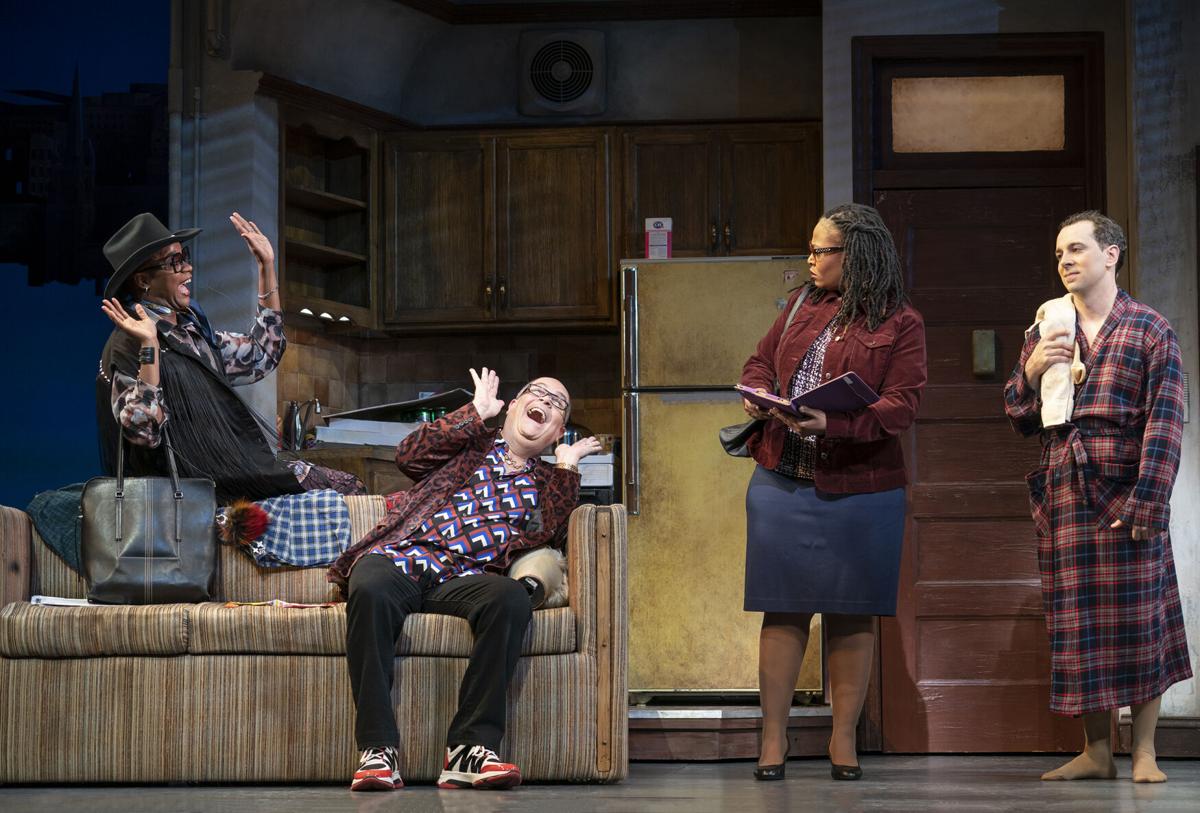 NEW YORK - On New Year's Day, Brad Oscar got the call every actor dreads. The Broadway show in which he had a major supporting role - and in which he had opened only a few weeks earlier - was closing.

Except that in the bewilderingly shifting world of performance during a pandemic, "Mrs. Doubtfire" wasn't CLOSING closing. The musical's lead producer, Kevin McCollum, had phoned Oscar that evening to say that the production would officially close at the Stephen Sondheim Theatre on Jan. 9 - and then start up again March 15. Enough time, McCollum reasoned, for the omicron spike to subside, audience nerves to settle and the box office to go ka-ching again.

What the hiatus meant for 120 cast and crew members, though, was more unnerving: an interruption in salaries, a return to unemployment and a promise of reinstatement that had to be taken entirely on faith. Other productions have scratched a few performances, but so far, "Mrs. Doubtfire," facing lagging winter sales, is the only show to try this unorthodox move. And the theater world is watching to see how the experiment fares.

For a Broadway vet such as Oscar - a Tony nominee 20 years ago for his turn as loony playwright Franz Liebkind in "The Producers" - the gamble is yet another wild roll of a stage actor's perennially volatile dice.

"Let's not kid ourselves: We're all suffering," Oscar said in a recent interview. "But realistically, we need to keep our businesses going. As it is, everybody in that building who leaves on Jan. 9 has a job on March 15. As far as that goes, there may be some attrition. People may choose to move on, get other gigs. Who knows? These are all unknowns that we're dealing with."

At the moment, "Who knows?" might be a more realistic tagline for the industry than "Broadway's back!" The initial pandemic shutdown that began in March 2020 ushered in 18 months of joblessness. Even for those who found ways to draw a few intermittent paychecks, the experience left many theater denizens resignedly philosophical. To Oscar, who at 57 is in his ninth Broadway production, riding out this latest setback comes with the territory.

"I mean, I'm not happy about it," he said, "and God knows, especially after the last two years, it's been so good to get back to work, to actually be making a salary and all that. It's heartbreaking, it's tough. But this is the reality of the business."

Actors with paying gigs remain the lucky ones. Even so, being in a new musical seeking a toehold on Broadway when customers have pandemic jitters would seem the longest bet of all.

"Believe me," Oscar said, "I've been in shows that open, and there are diminishing returns - and you close. That's not what happened here. We never had a chance to establish our footing based on how this show was actually appealing to an audience."

McCollum, in a separate interview, said putting the show on hiatus was wrenching. "Obviously, everybody's off and I feel terrible," he said. "It's a painful decision to say, 'You don't have a job.' I mean, we have unemployment (compensation), and that's not at all making me feel any better. Because I love these people and they love the show, and my job is to preserve the long-term employment."

The production was given a chance to weather this pause, according to McCollum, as the result of an unusual deal negotiated with Todd Haimes, artistic director of Roundabout Theatre Co., the nonprofit organization that leases the Sondheim to "Mrs. Doubtfire." Haimes, McCollum said, agreed to cost reductions that helped cut the show's weekly running expenses from upward of $750,000 to less than $100,000.

The challenges were complex even before McCollum and "Mrs. Doubtfire" launched their quest to be a hit. Broadway coaxed audiences back into many of its 41 theaters throughout the fall, in ways that conformed with public health experts' recommendations: Cast and crew had to submit to regular testing, and audiences had to be masked and provide proof of vaccination. All seemed to be going fairly smoothly until the later months of 2021 and the onset of the delta and omicron variants. As testing turned up covid cases in Broadway companies, shows started canceling performances, a few after audiences already were seated. And some, like "Jagged Little Pill" and "Thoughts of a Colored Man," simply ended their runs.

Among the affected productions: "Mrs. Doubtfire." It marked its official opening, to mixed reviews, on Dec. 5. Six days later, a few company members tested positive and McCollum had to cancel more than a week of performances. The show resumed Dec. 22, but its holiday season, normally a bonanza on Broadway, had been seriously hobbled.

Oscar's role in "Mrs. Doubtfire" is the sort he's made his own on Broadway, one that calls for exuberant comic chops. Raised in Rockville, Md., where he nourished a love of musical theater on cast albums and trips with his family to the Kennedy Center, Oscar got his first Broadway job in 1990, as a swing - an understudy covering several parts - in Andrew Lloyd Webber's "Aspects of Love." Over the ensuing decades, there would be roles in "Jekyll and & Hyde," "Monty Python's Spamalot," "The Addams Family" and "Something Rotten!," among others. But it would be his five years in "The Producers" starting in 2001, first as Franz and later as a successor to Nathan Lane as Max Bialystock, that would burnish Oscar's status as a go-to Broadway guy for musical comedy.

In "Mrs. Doubtfire" - directed by Jerry Zaks and based on the 1993 Robin Williams movie - Oscar plays jovial makeup artist Frank Hillard. He's the gay brother of Daniel, the divorced dad (portrayed by Rob McClure) who disguises himself, with the aid of Frank and husband Andre (J. Harrison Ghee), as a Scottish nanny to spend more time with his kids.

"What makes (Oscar) such a great comedian, and this isn't true of all comedians, is you believe everything that comes out of his mouth," McCollum said. "And it's that he leads with heart. You just look at him, and you believe he is who he embodies."

"Mrs. Doubtfire" was in previews in March 2020 when Broadway shuttered. Oscar, who lives in Manhattan with his husband, Diego Prieto, had been looking forward to a substantial run in a new, family-friendly show from the "Something Rotten!" creative team. Returning to "Doubtfire" in the fall, he re-entered the stressful domain of covid vigilance: masks to be worn backstage, rapid testing before performances. "You wait a half-hour, go get some coffee, take a stroll. And then you come back and you're cleared to go into the building," Oscar said. "You can't get any safer than that."

McCollum said he was spending $35,000 a week on testing alone. (One of the original producers of "Rent" and "Avenue Q," he is also lead producer for the new hit musical "Six.") The canceled performances in December, and a policy allowing ticket holders full refunds up to the day of their show, drained millions from the advance sales of "Doubtfire," McCollum added.

Because Broadway has no mechanism for stopping and starting a show, McCollum said, he had to post the formal closing notice, at the same time promising to rehire anyone who's still available in March. He said he has "a couple million" dollars left in the "Doubtfire" accounts, as well as "a lot of investors who said, 'What do you need? We love this show.' " He's looking to a mid-March restart because that's when many schools have spring vacations, and he's figuring that families will be the bulk of his audience.

When McCollum calls again, Oscar will be ready to work. "Unless, of course next week, Spielberg calls and wants to do a 'West Side Story' sequel where he somehow thinks I'm a good, older Anita," the actor said wryly.

"You know," he added, "this is where I want to be. I'm home working in the industry, on the Broadway that I love. So, no, I will wait it out for sure."

Heading into a third year of the COVID-19 pandemic, the struggle of businesses and families to make ends meet continues. Read more

Election years pose so many opportunities for aspiring and existing public officials. The island has so many poorly or unaddressed needs that … Read more