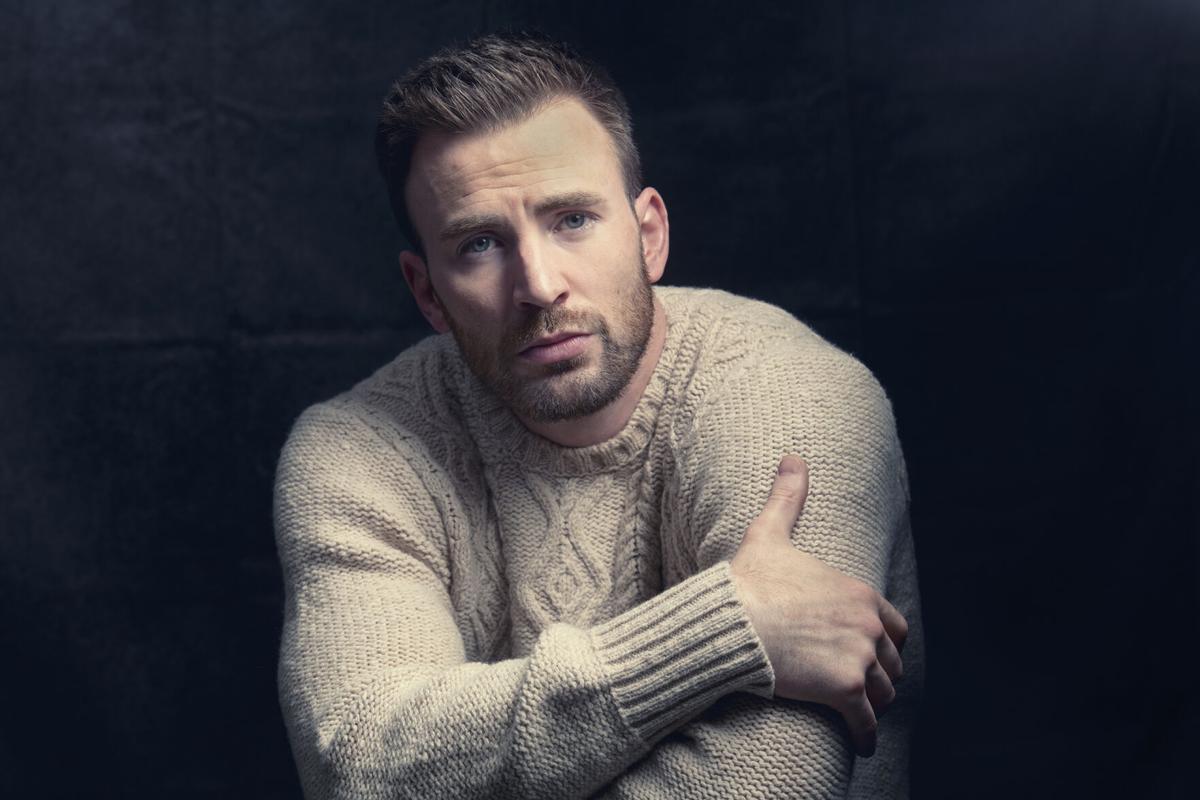 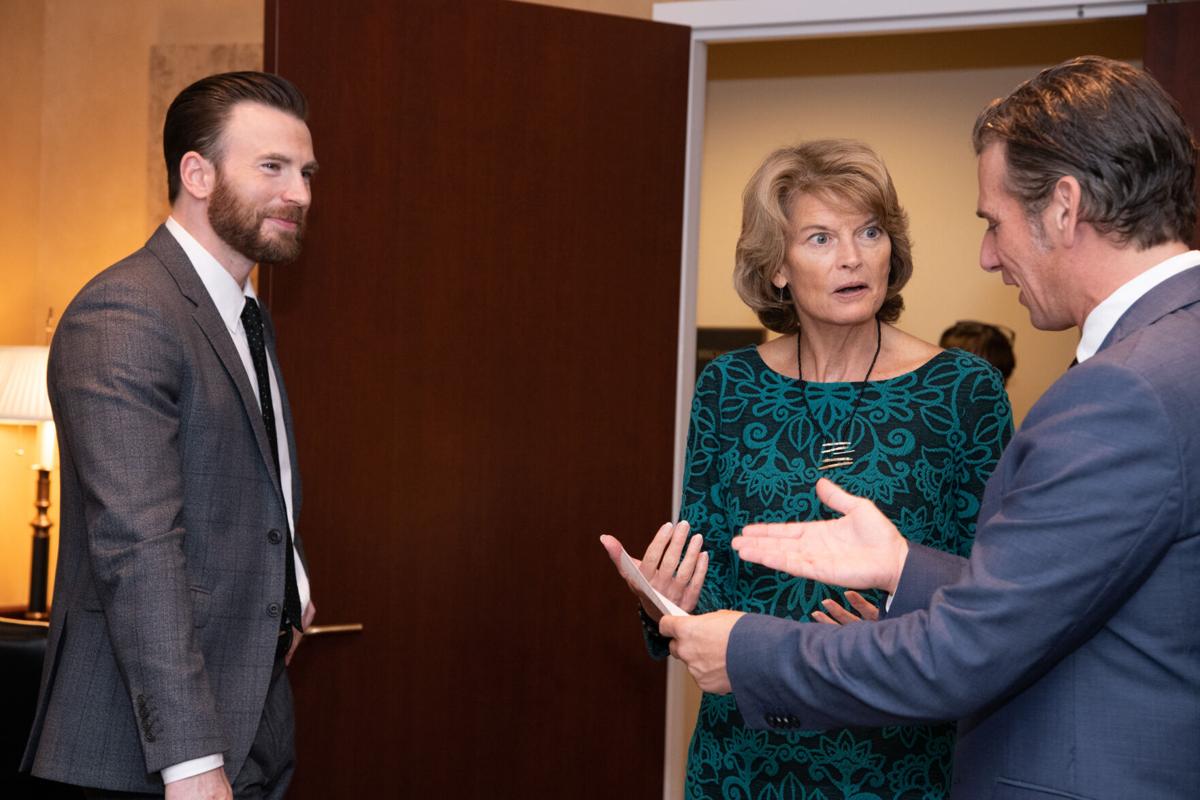 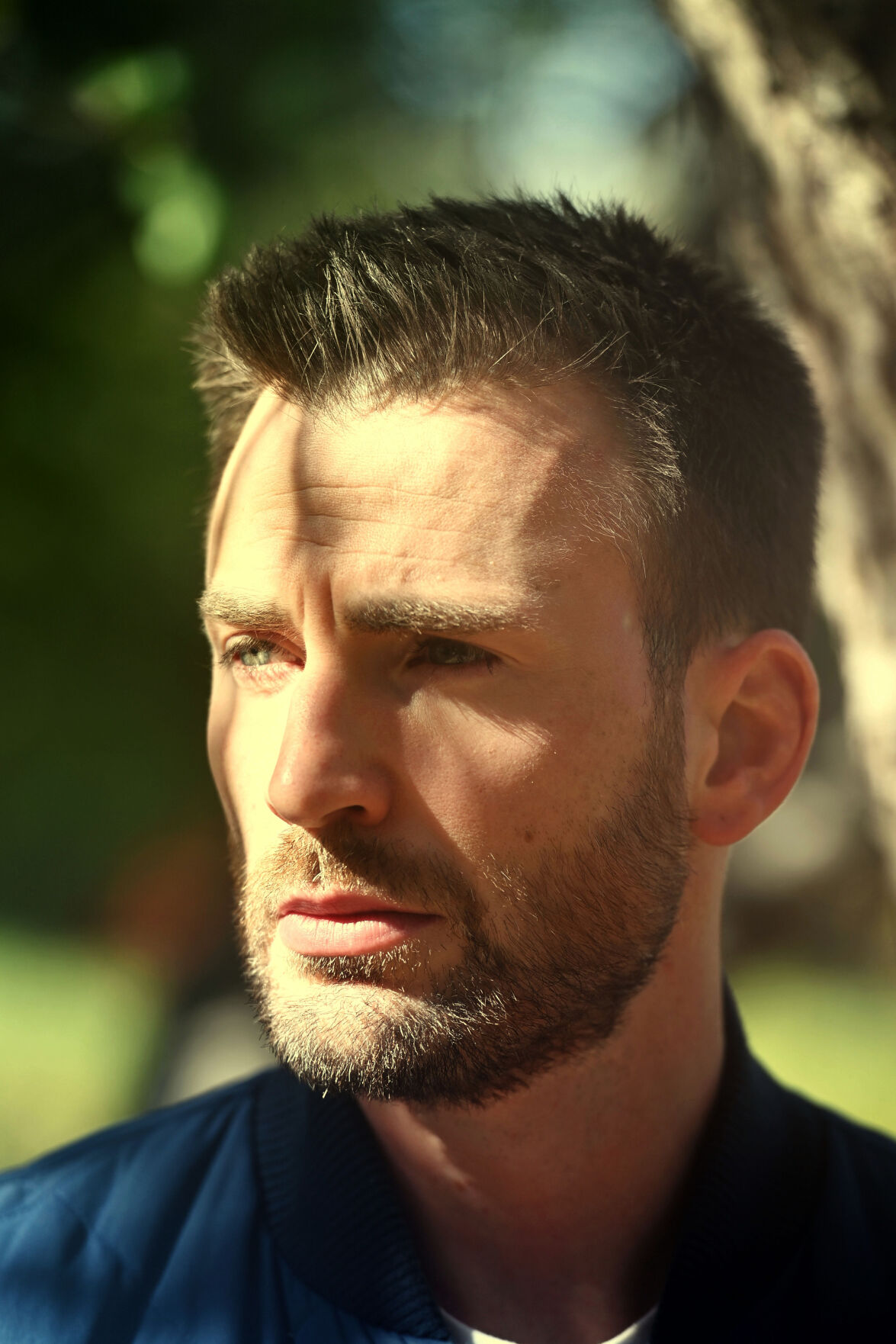 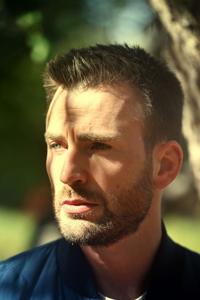 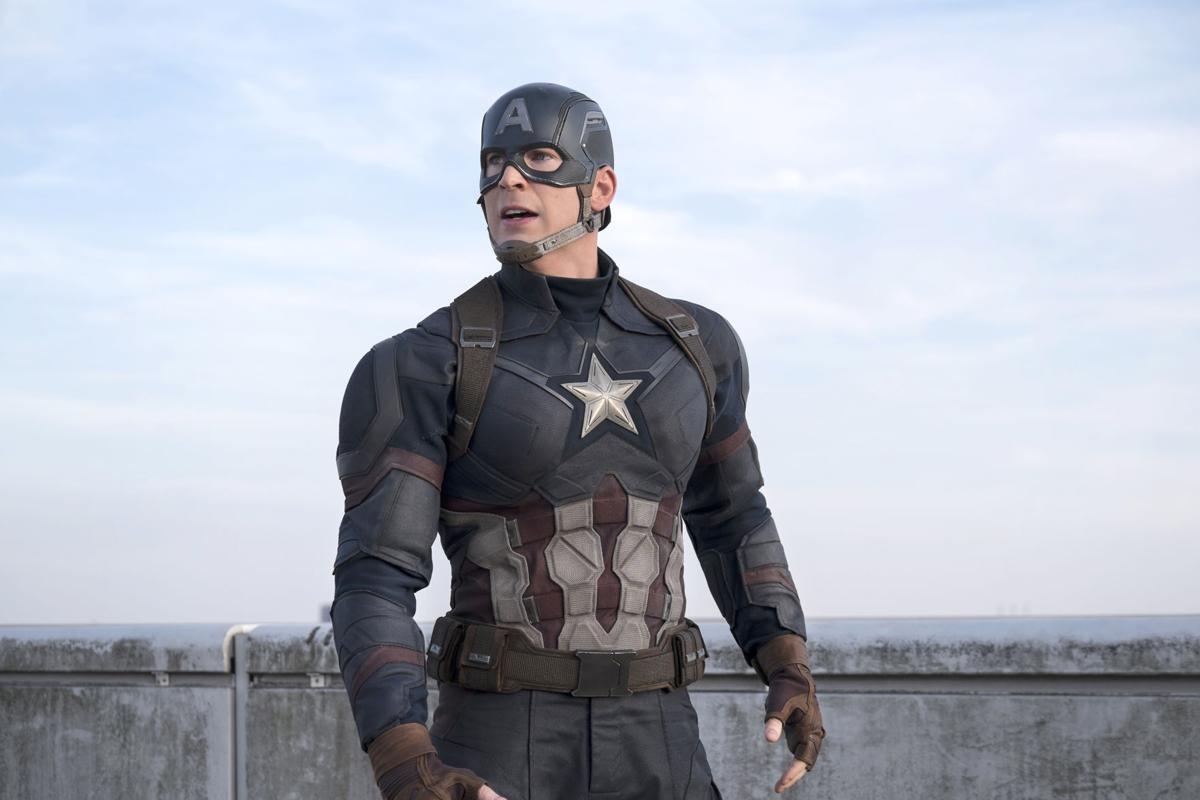 BOSTON – So you're Tim Scott, the Republican senator from South Carolina who opposes Roe v. Wade and wants to repeal the Affordable Care Act, and you get a call from Chris Evans, a Hollywood star and lifelong Democrat who has been blasting President Donald Trump for years. He wants to meet. And film it. And share it on his online platform. Can anybody say "Borat?"

"I was very skeptical," admits Scott. "You can think of the worst-case scenario."

But then Scott heard from other senators. They vouched for Evans, most famous for playing Captain America in a series of films that have grossed more than $1 billion worldwide. The actor also got on the phone with Scott's staff to make a personal appeal.

It worked. Sometime in 2018, Scott met on camera with Evans in the nation's capital, and their discussion, which ranged from prison reform to student loans, is one of more than 200 interviews with elected officials published on "A Starting Point," an online platform the actor helped launch in July. Not long after, Evans appeared on Scott's Instagram Live. They have plans to do more together.

"While he is a liberal, he was looking to have a real dialogue on important issues," says Scott. "For me, it's about wanting to have a conversation with an audience that may not be accustomed to hearing from conservatives and Republicans."

Evans, actor-director Mark Kassen and entrepreneur Joe Kiani launched "A Starting Point" as a response to what they see as a deeply polarized political climate. They wanted to offer a place for information about issues without a partisan spin. To do that, they knew they needed both parties to participate.

Evans, 39, sat on the patio outside his Boston-area home on a recent afternoon talking about the platform. He wore a black T-shirt and jeans and spent some of the interview chasing around his brown rescue dog.

Nearly 100 million people didn't vote in the 2016 general election, Evans says. That's more than 40% of those who were eligible.

The root of the disinterest

He believes the root of this disinterest is the nastiness on both sides of the aisle. Many potential voters simply turn off the news, never mind talking about actual policy.

"A Starting Point" is meant to offer a digital home for people to hear from elected officials without having the conversation framed by Tucker Carlson or Rachel Maddow.

"The idea is ... 'Listen, you're in office. I can't deny the impact you have,'" says Evans. "'You can vote on things that affect my life.' Let this be a landscape of competing ideas, and I'll sit down with you and I'll talk with you."

Or, as Sen. Lisa Murkowski, R-Alaska, who has appeared on the site, puts it, "Sometimes, boring is OK. You're being presented two sides. Everything doesn't have to be sensational. Sometimes, it can just be good facts."

Evans wasn't always active in politics. At Lincoln-Sudbury Regional High School, he focused on theater, not student government. And he moved away from home his senior year, working at a casting agency in New York as he pushed for acting gigs. His uncle, Michael Capuano, served as a congressman in Massachusetts for 20 years, but other than volunteering on some of his campaign, Evans wasn't particularly political.

In recent years, he's read political philosopher Hannah Arendt and feminist Rebecca Solnit's "The Mother of All Questions" – ex-girlfriend Jenny Slate gave him the latter – and been increasingly upset by Trump's policies and behavior. He's come to believe that he can state his own views without creating a conflict with "A Starting Point." When he and Scott spoke on Instagram, the president wasn't mentioned. In contrast, recently Evans and other members of the Avengers cast took part in a virtual fundraiser with Democratic vice-presidential nominee Kamala Harris.

"I don't want to all of a sudden become a blank slate," says Evans. "But my biggest issue right now is just getting people to vote. If I start saying, 'vote Biden; f Trump,' my base will like that. But they were already voting for Biden."

(In September, Evans accidentally posted an image of presumably his penis online and, after deleting it, tweeted: "Now the I have your attention ... Vote Nov. 3rd!!!")

A real platform for honesty

Evans began to contemplate the idea that became "A Starting Point" in 2017. He heard something reported on the news – he can't remember exactly what – and decided to search out information on the internet. Instead of finding concrete answers, Evans fell down the rabbit hole of opinions and conflicting claims. He began talking about this with Kassen, a friend since he directed Evans in 2011's "Puncture." What if they got the information directly from elected officials and presented it without a spin? Kassen, in turn, introduced Evans to Kiani, who had made his fortune through a medical technology company he founded and, of the three, was the most politically involved.

Kiani has donated to dozens of Democratic candidates across the country and earlier this year contributed $750,000 to Unite the Country, a super PAC meant to support Joe Biden. But he appreciated the idea of focusing on something larger than a single race or party initiative. He, Kassen and Evans would fund "A Starting Point," which has about 18 people on staff.

"There's no longer ABC, NBC and CBS," Kiani says. "There's Fox News and MSNBC. What that means is that we are no longer being censored. We're self-censoring ourselves. And people go to their own echo chamber and they don't get any wiser. If you allow both parties to speak, for the same amount of time, without goading them to go on into hyperbole, when people look at both sides' point of view of both topics, we think most of the time they'll come to a reasonable conclusion."

"What people do too often is they get in their silos and they only watch and listen and read what they agree with," says John Kasich, the former Ohio governor and onetime Republican presidential candidate. "If you go to Chris's website, you can't bury yourself in your silo. You get to see the other point of view."

As much as some like to blame Trump for all the conflicts in Washington, Sen. Christopher Coons, D-Del., says he's watched the tone shifting for decades. He appreciated sitting down with Evans and making regular submissions to "Daily Points," a place on the platform for commentary no longer than two minutes. During the Supreme Court confirmation hearings, Coons recorded a comment on Judge Amy Coney Barrett and the Affordable Care Act.

" 'A Starting Point' needs to be a sustained resource," Coons says. "Chris often talks about it being 'Schoolhouse Rock' for adults."

It's not by chance that Evans has personally conducted all of the 200-plus interviews on "A Starting Point" during trips to D.C. Celebrities often try to mobilize the public, whether it's Eva Longoria, Tracee Ellis Ross and Julia Louis-Dreyfus hosting the Democratic National Convention or Jon Voight recording video clips to praise Trump.

But in this case, Evans is using his status in a different way, to entice even the most hesitant Republican to sit down for an even-toned chat. And he's willing to pose with anyone, even if it means explaining himself on "The Daily Show" after Republican Sen. Ted Cruz of Texas posted a selfie with Evans. (Two attempts to interview Trump brought no response.)

Murkowski remembers when Evans came to Capitol Hill for the first time in 2018. She admits she didn't actually know who he was – she hadn't yet seen any Marvel movies. She was in the minority.

"We meet interesting and important people but, man, when Captain America was in the Senate, it was all the buzz," she says. "And people were like, 'Did you get your picture taken?' I said, 'Yeah, I sat down and did the interview.' 'You did an interview? How did you get an interview with him?' "

What impressed Murkowski wasn't his star power. It was the way Evans conducted the interview.

"It was relaxing," she says. "You didn't feel like you were in front of a reporter who was just waiting for you to say something you would get caught on later. It was a dialogue ... and we need more dialogue and less gotcha."

"Starting Points" offers two-minute answers by elected officials in eight topic areas, including education, the environment and the economy. This is where the interviews Evans conducted can be found. "Daily Points" has featured a steady flow of Republicans and Democrats. A third area, "Counterpoints," hosts short debates between officials on particular subjects. Rep. Eric Swalwell, a Democrat from California, debated mail-in voting with Dusty Johnson, the Republican congressman from South Dakota.

"Most Americans can't name more than five members of the United States House," says Johnson. "'A Starting Point' allows thoughtful members to talk to a broader audience than we would normally have."

The platform's social media team pushes out potentially newsworthy clips, whether it's Sen. Mike Lee, R-Utah, discussing his meeting with Barrett just before he tested positive for the coronavirus, or Angus King, the independent senator from Maine, criticizing Trump for his comments on a potential peaceful transfer of power after November's election. Kassen notes that the King clip was viewed more than 175,000 times on "A Starting Point's" Twitter account, compared with the 10,000 who caught in on CNN's social media platform.

"Because it's short-form media, we're engineered to be social," says Kassen. "As a result, when something catches hold, it's passed around our audience pretty well."

The key is to use modern tools to push out content that's tonally different from what you might find on modern cable news. Or on social media. Which is what Evans hopes leads to more engagement. He's particularly proud that more than 10,000 people have registered to vote through "A Starting Point" since it went online.

"If the downstream impact or the byproduct of this site is some sort of unity between the parties, great," says Evans. "But if nobody's still voting, it doesn't work. We need people involved."