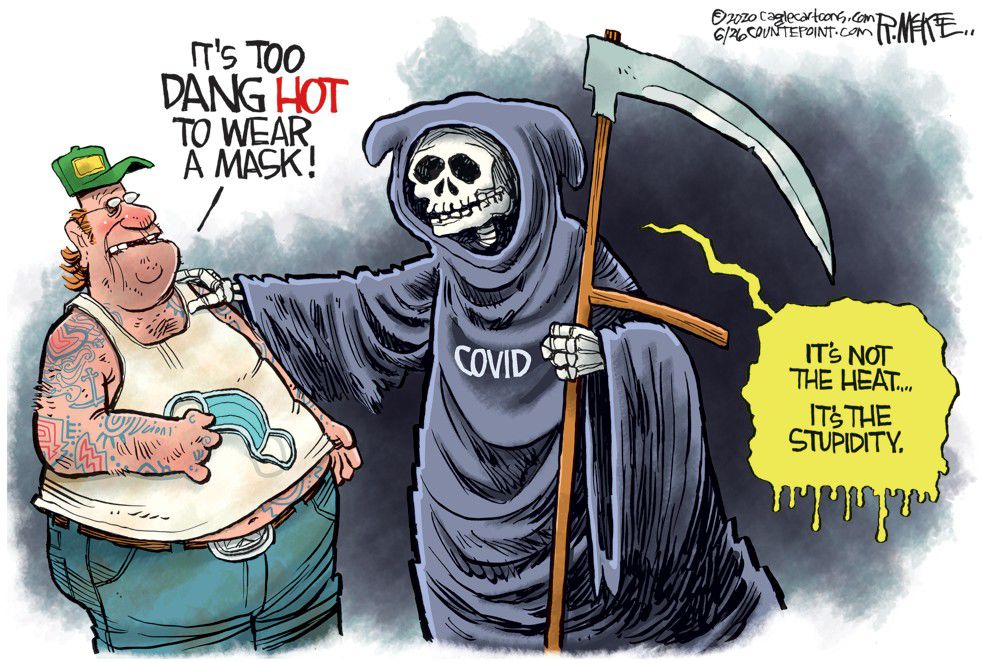 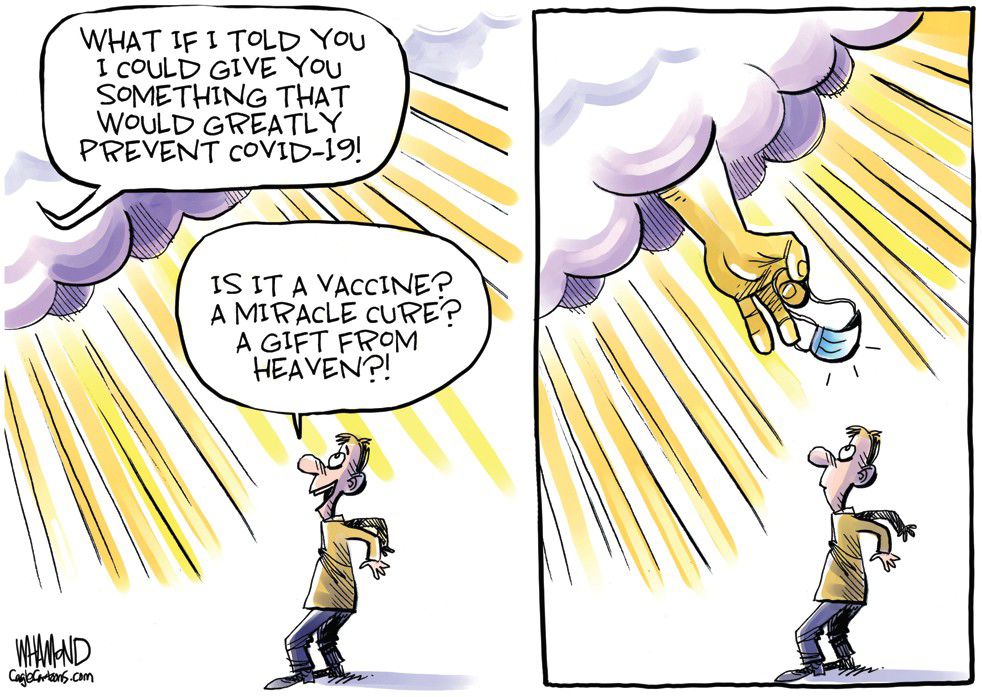 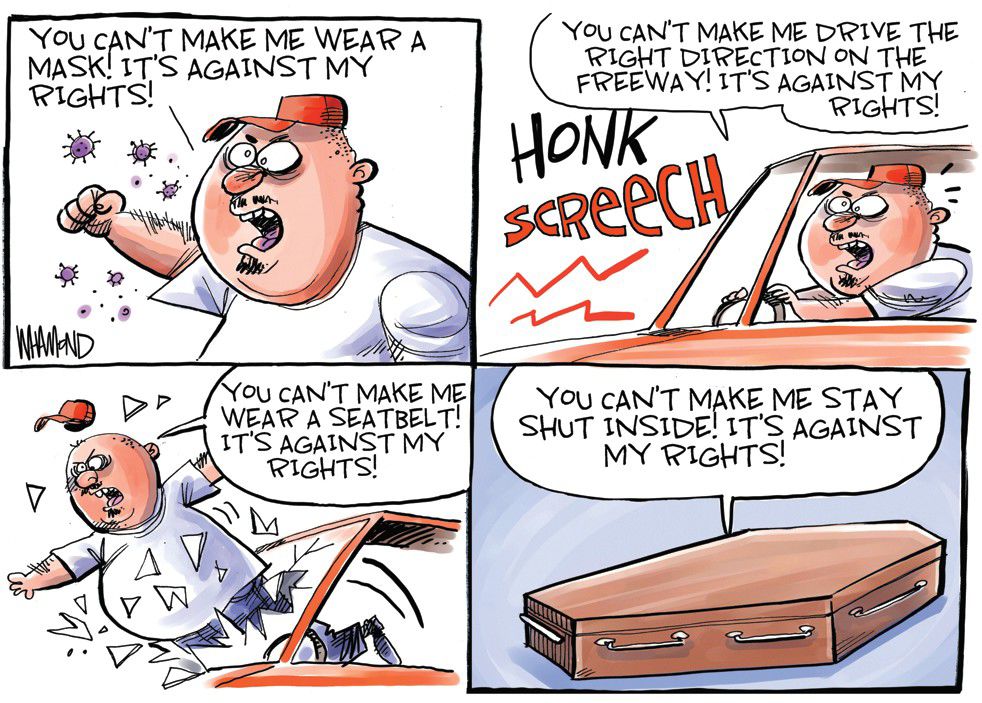 Dave Whamond was in a shop the other day in his native Alberta, Canada, when – cartoonist that he is – he was struck by the visual scene surrounding him.

"I was the only one wearing a mask in a store full of people," Whamond says. "One person looked at me, shook their heads and chuckled to themselves. Of course, my glasses were fogging up so that didn't help – still haven't mastered that one.

"I can see how one would feel self-conscious, and reactions like that don't help," continues Whamond, who is syndicated by Cagle Cartoons and Andrews McMeel. "But maybe it's a sign of weakness if you are so insecure, you risk your own or other people's health because you might look silly."

Whamond has channeled his views and experience into cartoons that prompt the question: Will wearing a mask or not continue to be viewed by many as a political statement rather than as a recognition of belief in science?

In one recent Whamond cartoon, a divine hand delivers a simple mask to "greatly prevent COVID-19." In another, a man in a series of scenarios insists his "rights" trump public safety and laws. "I have seen plenty of other people acting out about the 'injustice' of having to wear a mask or mocking others who do," says the cartoonist, who politically identifies as a centrist.

In a third cartoon, President Trump's advisers note that he "is finally wearing a mask now" – a Ku Klux Klan hood – as Trump retweets "a white power video." Whamond calls these cartoons "a commentary on the selfishness and ignorance of society."

"It doesn't help when the people at the top, who we look to for guidance, refuse to set an example and wear a face covering," he says, "even going so far as to say it's a sign of weakness to wear a mask."

"Sadly, masks have become a political fault line in America," says Zyglis, the left-leaning cartoonist for the Buffalo News. "But the only ones at fault here are those who choose not to listen to our public health experts on this."

"Leadership comes from the top down," he says, "and with Trump himself not embracing the safety practice, many of his supporters blindly follow."

Zyglis also drew a comparison between maskless residents of Buffalo and the replica of Michelangelo's sculpture of David in the city's Delaware Park.

"I wanted to create a cartoon that would act as a sort of PSA on this issue," he says. "At the same time, I've long wanted to incorporate our local replica of Michelangelo's into a cartoon. It seemed like a natural fit. I figured a person flaunting no face covering in public was clearly more obscene than an iconic nude statue."

Meanwhile, longtime Georgia artist Rick McKee debunks the summer heat as an excuse not to mask up.

"I'm just flabbergasted at people who resist wearing a mask and their various reasons, none of which make any sense to me," says McKee, the right-leaning cartoonist for Cagle Cartoons and Counterpoint.

"I generally don't like calling people stupid in my cartoons – it's too blunt," McKee says. "However, in this case, it's the only word that fits."