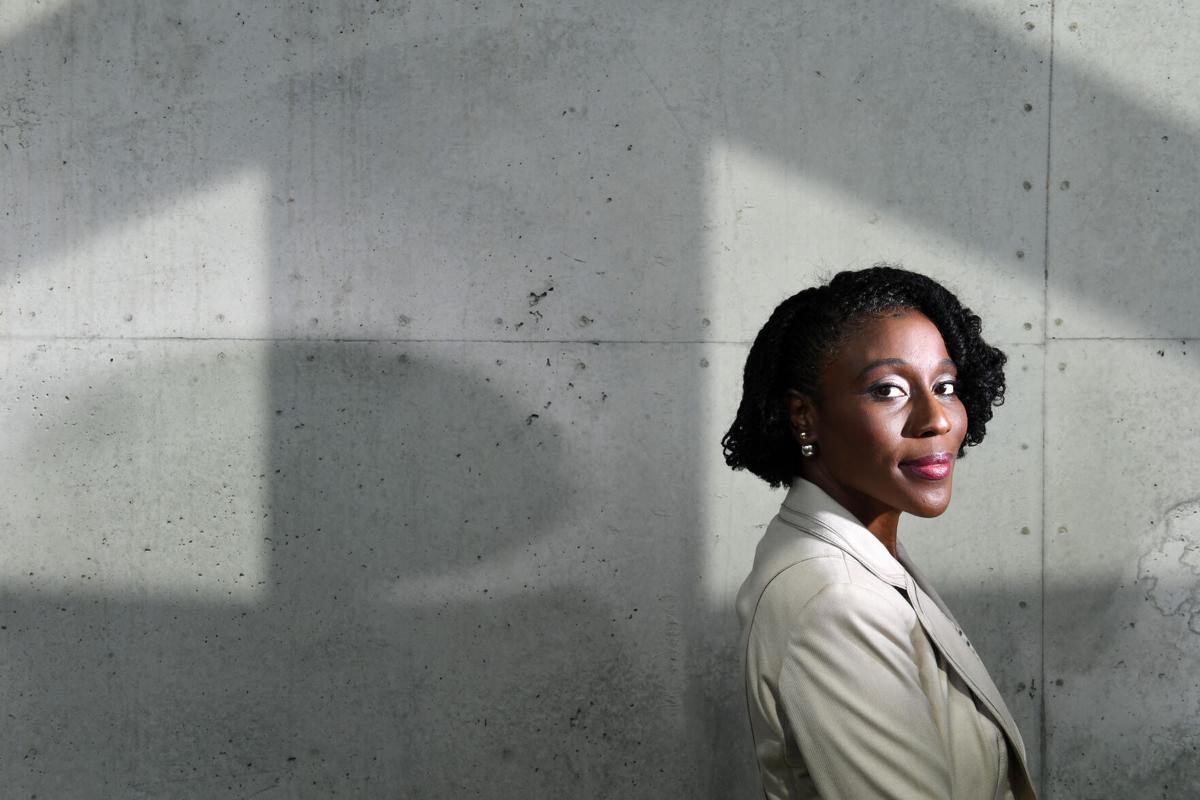 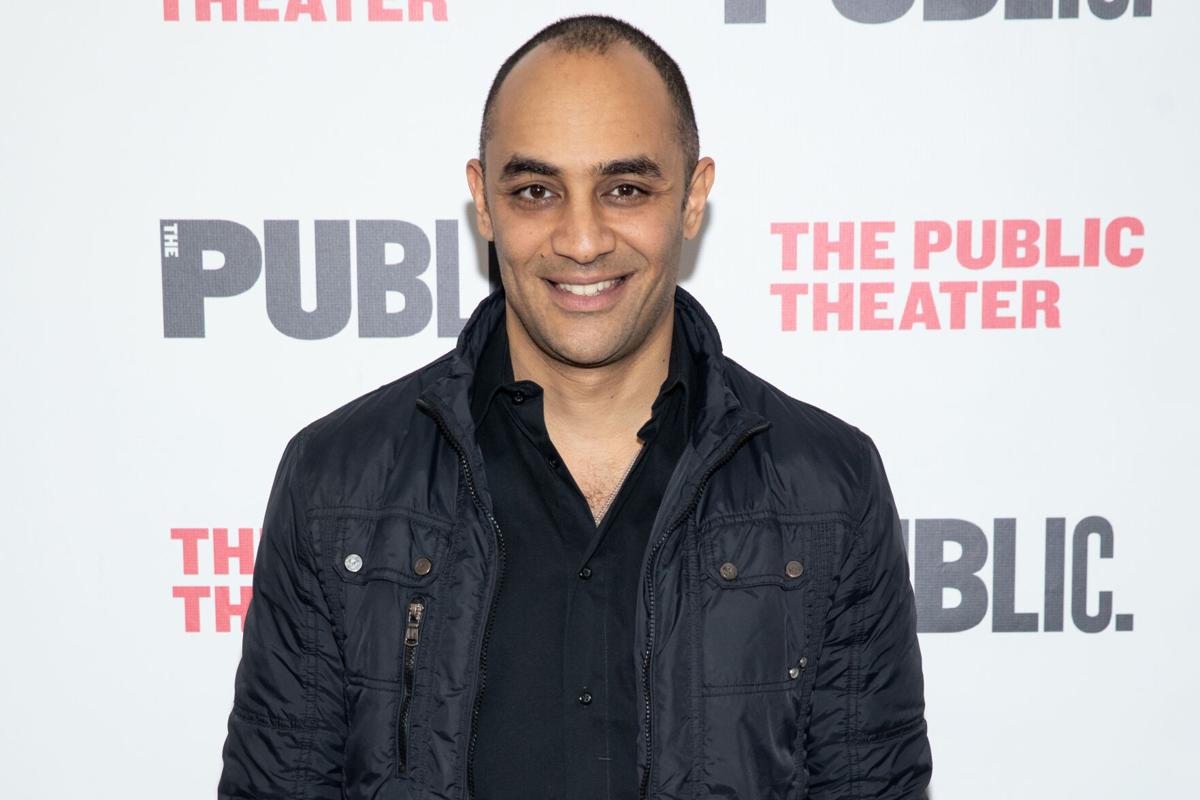 IN CHARGE: Saheem Ali was appointed as an associate artistic director at Public Theater in August. Photo courtesy of Simon Luethi

IN CHARGE: Saheem Ali was appointed as an associate artistic director at Public Theater in August. Photo courtesy of Simon Luethi

When she was 17, Khady Kamara arrived from Dakar, Senegal, to study economics at Wells College in upstate Aurora, N.Y. What she discovered there - apart from snow - was a love of theater, which led her to an ascendant career that began as a sales associate at Arena Stage.

Two decades later, Kamara is taking another remarkable leap from those student days when all the English she fully understood was what professors wrote on whiteboards. She is leaving her job in Washington, D.C., as Arena's managing director to become executive director of Second Stage Theater, a highly regarded New York nonprofit group producing plays in theaters it operates both on and off Broadway.

As a result, she is joining a group of theater professionals of color - many of them women - who in recent weeks have been appointed to pivotal roles at some of the most important theater companies in the nation. The hires and promotions mark what may be a turning point for a field coming to grips with a challenge from Black, Latinx, Asian American and other racial and ethnic groups: to examine its White bias and bring more diversity into its leadership ranks.

The Public Theater, one of the anchors of off-Broadway and a pre-eminent incubator of work by artists of all colors, announced last month the appointment of two Black theater artists, Shanta Thake and Saheem Ali, as associate artistic directors - No. 2 jobs to artistic director Oskar Eustis. At Shakespeare Theatre Company in D.C., Whitney White, director of the organization's hit "The Amen Corner"this year, and Soyica (so-WEEK-ah) Colbert, chair of the department of performing arts at Georgetown University, were just hired as associate directors - new positions created by artistic director Simon Godwin. Lincoln Center Theater, too, made news in August when it added Lileana Blain-Cruz ("Pipeline," "Marys Seacole") as a resident director, joining "To Kill a Mockingbird" director Barlett Sher on the payroll of an institution with an international profile. And Tuesday, Roundabout Theatre Company named Miranda Haymon, who has staged work in its Roundabout Underground program, as its resident director.

Kamara sees progress in these efforts to widen an industry's racial gaze, but only as a baby step. "A number of phenomenal appointments are happening in rapid succession, but out of how many organizations?" she observed in a phone interview. "So there is change, but I think there is room for a lot more growth."

A haven for unorthodox

Theater has always been a haven for unorthodox thinkers from marginalized groups. But advocates for inclusion note that the myriad institutions that form the foundation of the industry have neglected to promote those minorities into management in meaningful numbers. New groups have formed, such as the Black Theatre Coalition, to encourage the recruitment of more managers and designers of color on Broadway - where out of 11,328 plays and musicals since 1866, only 21 have been staged by Black directors. And slowly the boards of nonprofit companies across the nation are recognizing the need for diversity at the top of their organizations and bringing on dynamic younger leaders, such as Nataki Garrett at Oregon Shakespeare Festival and Maria Goyanes at Woolly Mammoth Theatre.

Advocates hope that the latest spate of high-level appointments of others identifying as BIPOC - Black, indigenous and people of color - signals a deepening commitment to inclusion. Still, some wonder if these staff announcements are also face-saving reactions to the Black Lives Matter movement. One theater administrator of color, who spoke on the condition of anonymity because of the political sensitivity of the issue, pointed out that threads have cropped up on social media, waggishly labeling some of these personnel developments "panic hires."

It's clear that skepticism persists about the theater world's commitment to inclusion, even as the hires themselves represent hope. "It's about damn time," said Goyanes, who came to Woolly Mammoth from the Public Theater in 2018, and was in the midst of producing her first full season as artistic director when the pandemic shut theaters down.

"I am so thrilled that this is happening," she added, referring to the hires. "It is going to be incredibly important that they are able to not be tokenized. I hope these organizations know it is not just about making the hire - because it is not enough just to make the hire."

The new appointees know that, even after all this time, they are trailblazers of a sort. "I feel a great responsibility," said Blain-Cruz, a freelance director who regularly stages the work of the most sought-offer playwrights of the day: Branden Jacobs-Jenkins, Dominique Morisseau, Pulitzer winner Jackie Sibblies Drury. "There is a little bit of history making here, in breaking open the doors and allowing new energy, new ideas and new communities inside of that space."

Many of them have existing relationships with their theaters: Thake, for example, has been at the Public Theater for 18 years, serving for much of that time as director of Joe's Pub, the company's cabaret. She and the Kenya-born Ali, until now a freelance stage director, join Mandy Hackett as a trio under Eustis.

"The real shift is in a much more collective energy," she said, by phone. "This idea of multivoiced leadership is very exciting to me." And contributing to the excitement, she added, is the prospect of opening the Public to a wider audience.

"Bringing in more communities of color into these white institutions means that we have to be listening differently," Thake said. "But it also means actually shifting, changing our buildings, changing the kind of work we do."

Adding to the literary canon

It's Ali's hope that the palette of themes in the work by artists of color expands - that, for instance, stories of "Black joy" are added to the more ubiquitous offerings recounting Black pain. In a phone interview, he recounted the experience he had with playwright Jocelyn Bioh, author of the lighthearted and widely admired "School Girls; or the African Mean Girls Play," as they pitched to various companies her "Nollywood Dreams," about a young Nigerian woman who yearns to be a star.

"We sat down with one theater that said, 'But what about Boko Haram?' " Ali recalled, referring to a militant Islamist group in Nigeria. "We were like, 'Really?' "

At Shakespeare Theatre Company, Godwin modeled White and Colbert's new positions on the associate directorship he still holds at London's National Theatre - a role, he said, devised to help keep the artistic planning vibrant. As an Englishman and recent arrival here, he said he has gained perspective on the broader cultural contribution his company can make. "The American soul is infinitely diverse, made of complex patterns that even living in America at first I never realized," he said. "And what is a classical theater for? It is to provide our widest and richest history."

Colbert, who served as a consultant on White's production of James Baldwin's "The Amen Corner," envisions being a resource for a wider classical canon. "I hope to bring my perspective as a specialist in Black theater and American theater, more broadly," she said. "I hope to bring my understanding of a long history of how American theater has had some missed opportunities to incorporate more diverse voices."

Mounting "The Amen Corner" - about the turbulence in the life of a female storefront Harlem preacher in the '50s - turned out to be a gateway for the company as well as for White, who, when things open up again, will direct at Shakespeare every season. "I appreciate Simon forever for letting me define myself by the projects I am interested in," she said, adding that he's not expecting her to stage, say, works by August Wilson. So maybe the best outcome for audiences is to expect the unexpected.

"The next title Simon and I are thinking about is 'The Crucible,' " she revealed. "I can't wait to touch the stories that touched me."