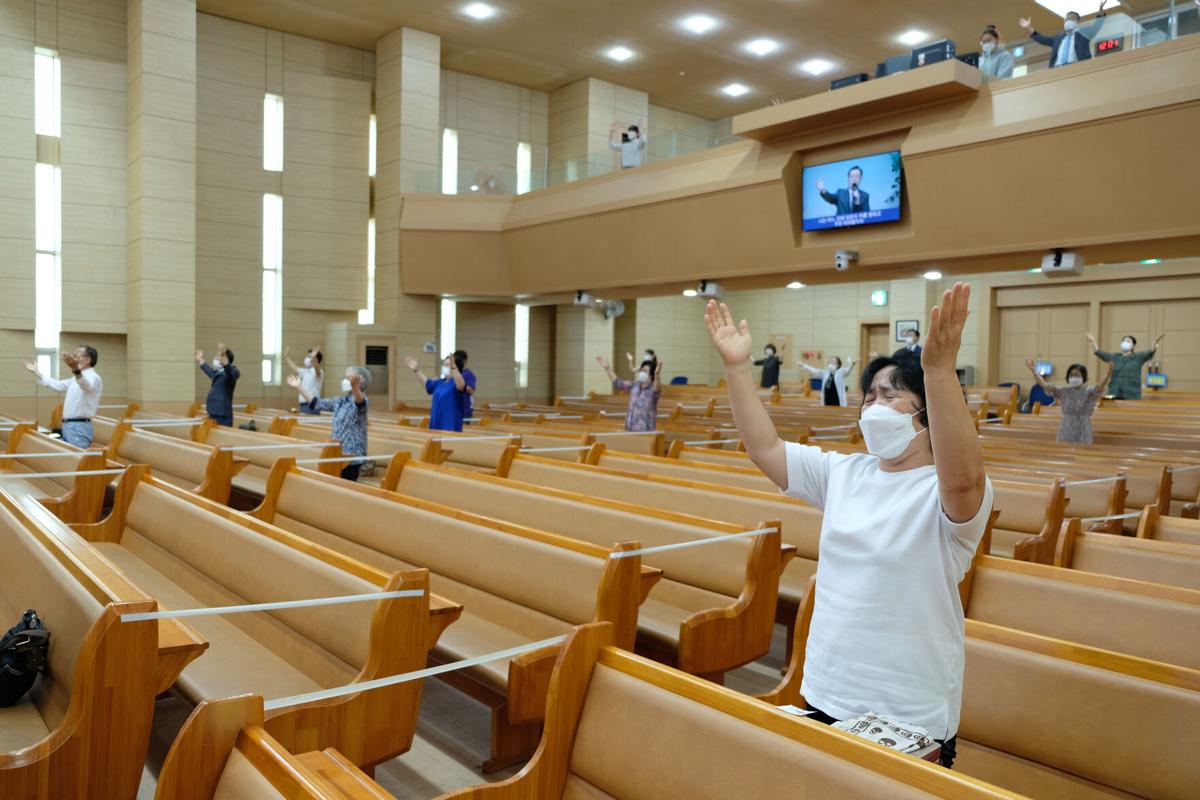 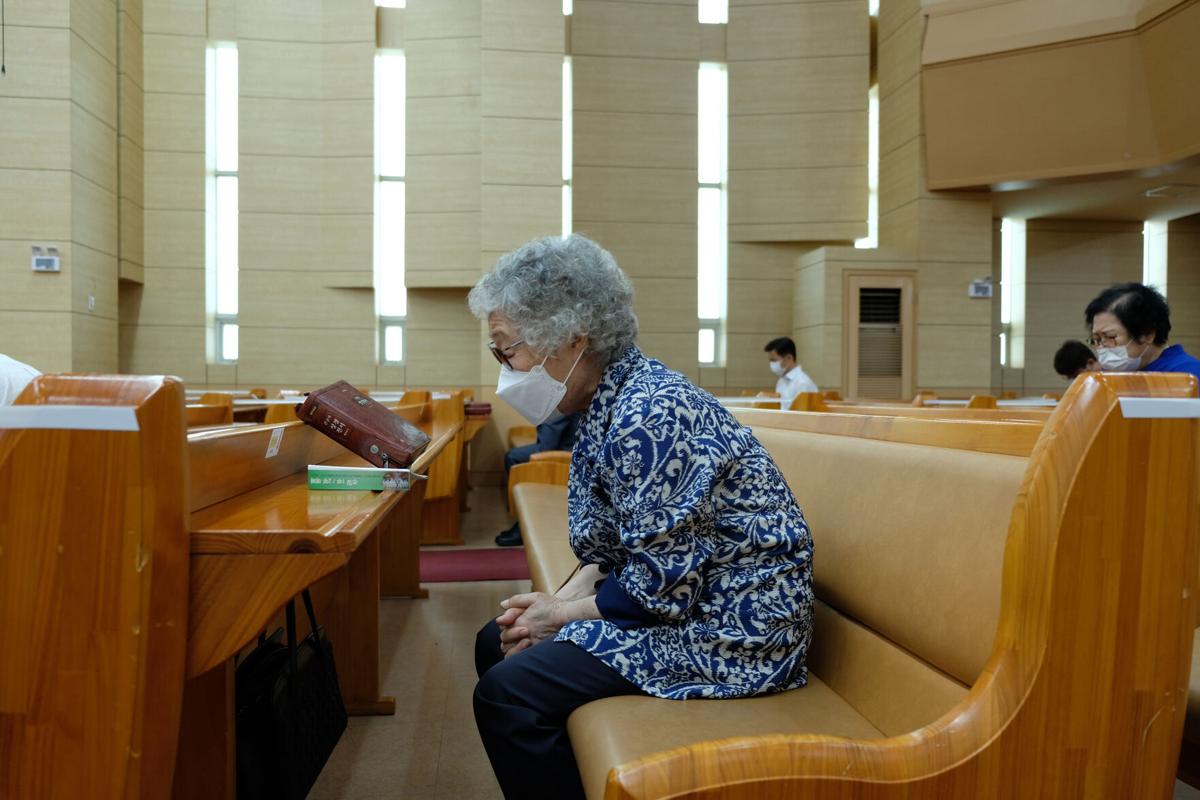 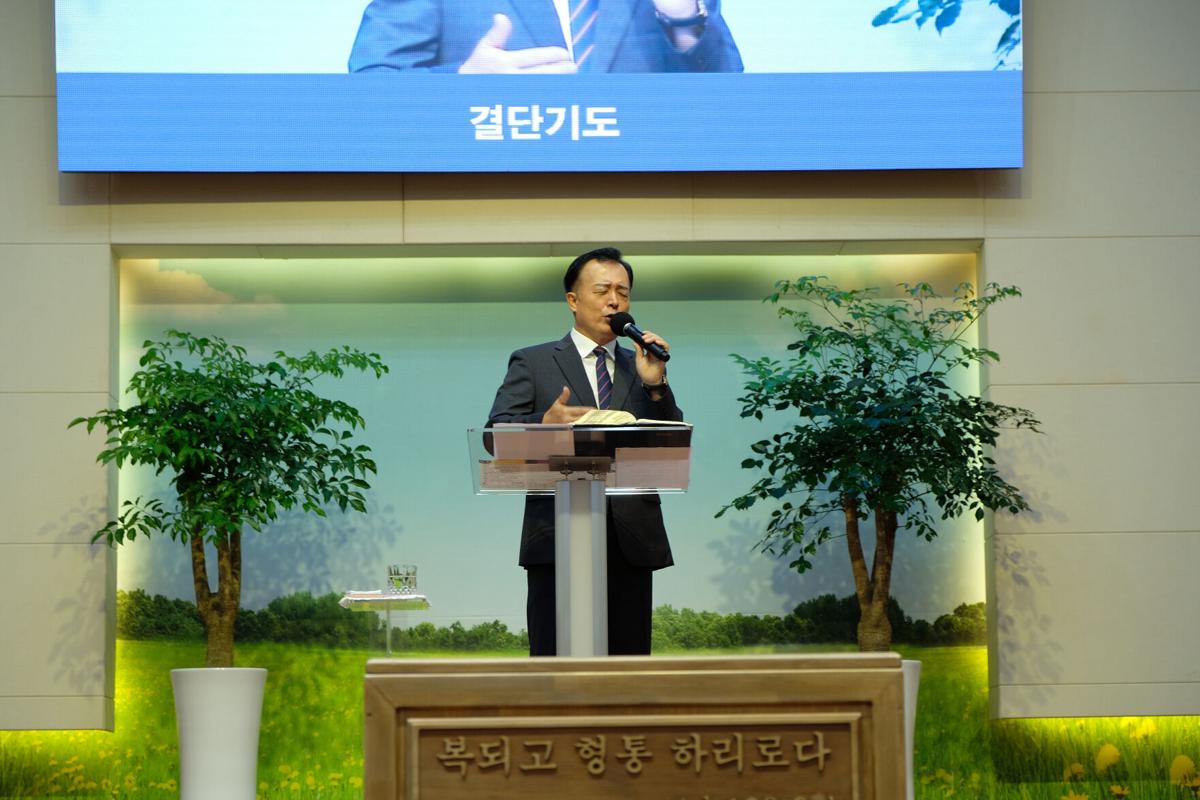 INCHEON, South Korea - The Protestant pastor's sermon echoed through a vast, virtually deserted church. A handful of worshipers took their positions, spaced out among the pews. Hundreds more watched at home over a live stream.

"May they point fingers at our churches as the epicenter of the coronavirus, we will stick to our principles and stand firm in front of our God," Rev. Seog Sang-woo told his scattered congregation on a recent Sunday.

In South Korea, Christians find themselves at the center of pandemic controversy, after places of worship and Christian communities were blamed by President Moon Jae-in for two waves of coronavirus infections.

The ensuing dispute has mixed religion, epidemiology and politics in a nation where nearly 1 in 3 people identify as Christian and where those who do often lean conservative, putting them at odds with Moon's center-left government.

As a result of the controversy, Seog's Gyesan Jeil Church - in Incheon city, southwest of the capital, Seoul - was forced to switch to largely online services last month.

And the pastor is not happy.

"Except for a few rule-breakers, most churches, including ours, have been carefully observing health rules at excruciating emotional and financial cost," he said in an interview. "Enforcing these restrictions unilaterally upon all Protestant churches, this is nothing short of communism."

In February, the messianic Shincheonji Church of Jesus sparked South Korea's earliest and largest cluster of coronavirus infections, with 5,000 cases traced to the church.

The second-biggest cluster, linked to nearly 1,200 infections, broke out at another megachurch led by a popular, conservative pastor. Health officials cited a subsequent anti-government rally led by that pastor, the Rev. Jun Kwang-hoon, last month as the source of 585 more infections.

Jun is accused of defying health rules to hold services and anti-government protests, while some of his churchgoers resisted coronavirus testing and aggravated transmission because of their grudge against the government, health officials say.

Meeting with leaders of Protestant groups in the Seoul area last month, Moon urged compliance with the coronavirus rules.

"Services or prayers may bring peace of mind, but they cannot protect people from the virus," Moon said, according to a readout of the meeting provided by his office. "I believe all religions should accept the fact that epidemic prevention and control does not belong in the realm of faith but that of science and medicine."

Representing Protestant leaders at the meeting, Kim Tae-young, the head of the United Christian Churches of Korea, apologized for the outbreaks but raised concerns about "government control over religious freedom" and asked Moon for flexibility for churches that have larger spaces.

"Religion might be a pastime for some but for many of us, religious freedom is a value that cannot be surrendered even if it costs one's life," he said.

Mainstream Protestant groups have distanced themselves from the Shincheonji church, calling it a cult. At the Gyesan Jeil church, Seog says the state-imposed ban is understandable for churches that broke health rules, but unfair on those that followed the guidelines.

Compliance officers who visit Seog's Gyesan Jeil church every Sunday have not found a single breach, he said.

Today, Gyesan Jeil's six-story building is nearly deserted, and the church choir has been silenced. In the basement cafeteria, giant stoves, normally used to cook meals for hundreds of congregants, sit idle.

Cleaners who sterilize the church three times weekly are among the handful of regular guests.

On the recent Sunday, the main 670-seat worship hall had just 20 churchgoers sitting at a distance from each other, and a dozen essential staff members setting up the live stream and other logistics.

Seog says the hall can accommodate 150 people with a distanced seating plan, but he complains that the government's health rules have capped the maximum number of attendees at 20 for all churches, no matter the size of the building.

Half a year into the pandemic, falling donations mean Gyesan Jeil is feeling a financial pinch, just scraping together the money to pay staff salaries, including for the choir and band that have barely performed since the spring.

What hurts more than the financial hardship, Seog said, is an emerging social stigma against Christians that surfaced with the recent mass outbreaks at churches.

"Following last month's church outbreak, I found myself getting conscious about other people's eyes when doing our dinner prayer at a restaurant, even though our church never reported any virus cases," he said.

Christians make up about 28% of the South Korean population, but Kim Hae-kwon, professor of Christian studies at Soongsil University in Seoul, said stigma had been growing even before the coronavirus outbreaks, due to the increasing politicization of Protestant church groups.

"South Korean churches where pastors exercise big influence on congregants are a breeding ground for populist Christian leaders who manipulate the power of faith for political gains," Kim said. "The conservative pastors confronting the government's virus control measures are basically outsiders, but their outspokenness leads them to overrepresent the entire Protestant church."

In a pandemic, the church should not be a political battleground, but a sanctuary for Christian values of compassion, endurance and mercy, Seog said.

At the Sunday service, the 20 permitted seats for in-person attendance were allocated for those with the "most urgent need."

Heo Kang-ho, a 55-year-old airport shuttle driver whose day job has been suspended because of the pandemic, said he had been looking forward to coming to the church all week.

"I really missed this energy at the worship hall," he said. "It's nothing like looking at the sermon on my phone."

Another congregant, 80-year-old Kim Young-soon, said prayer time with members of the church is "an essential lifeline" for her.

"They say the coronavirus can kill, and I am of course worried about leaving home, but this is where I need to come to feel alive," she said.