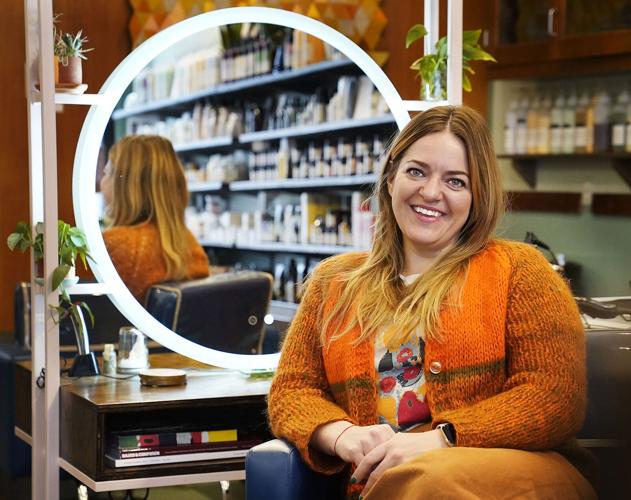 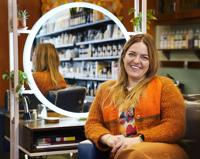 FLAVIN: Erin Flavin, the Honeycomb Salon owner, quit drinking during the pandemic and will soon open a nonalcoholic bottle shop/bar next to her salon. David Joles/Star Tribune 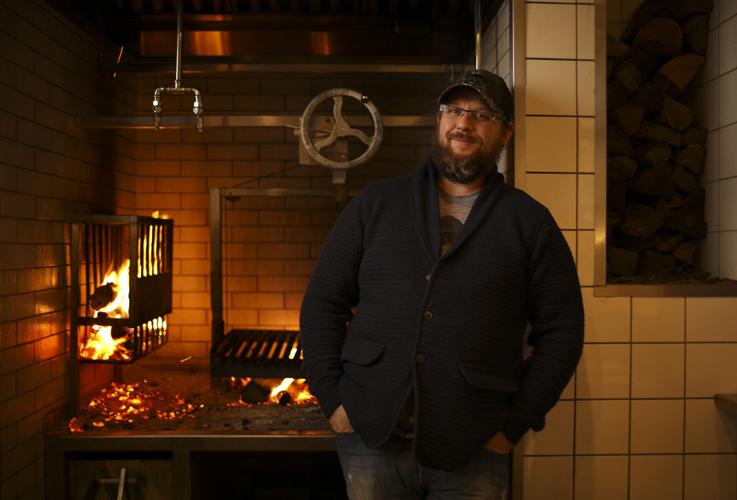 HARCEY: Chef/owner Erick Harcey in the kitchen of his Upton 43, the Star Tribune's 2016 Restaurant of the Year. Jeff Wheeler/Star Tribune 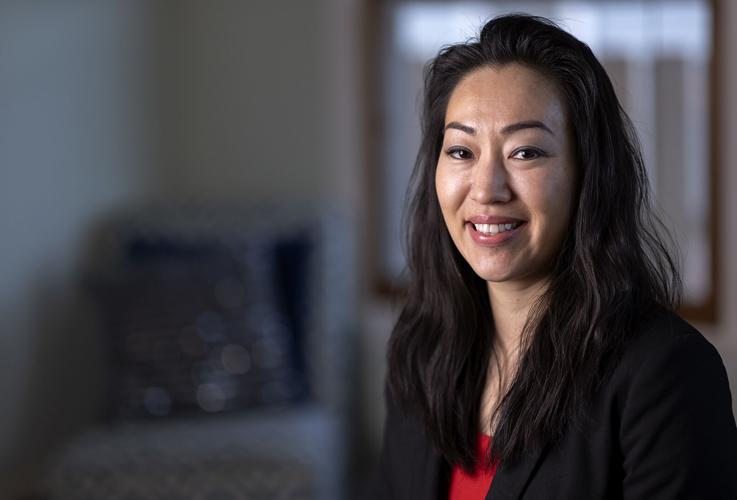 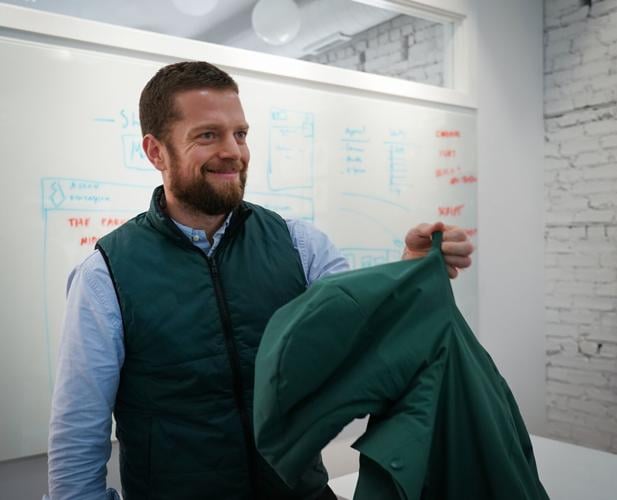 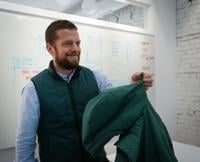 MINNEAPOLIS – These four Minnesotans are ready to welcome you to the sober side.

Here, things look different from what they did even a decade ago. Seltzer has given way to stunning nonalcoholic cocktails. Conversations are as likely to take place over Instagram as a church basement. Not drinking is a choice worth toasting, celebrating, hashtagging.

These nondrinkers' stories differ in key ways. Some are strictly sober and some just alcohol-free. Some quit after a low, traumatic moment. For others, it was more subtle. Some found stopping simple. Others describe it as a daily battle.

But all say that when they quit drinking, their lives improved. The lives around them did, too. Here, on this side, there are fewer fights and more dance parties.

Their stories have been edited for length and clarity.

My dad owned a bar. I remember loving the taste of sips of beer and the smell of the basement there. We would get home from church, and I would make a screwdriver for my parents. It was the way everybody gathered. They played cards and drank.

As a 40-something, I got very into nice, natural wines. I made my alcoholism sophisticated.

During COVID, I realized that drinking was my only hobby – besides compulsively working and trying to take care of my kids. We were under an enormous amount of pressure with the business being closed and the kids at home all the time. The mornings were stressful. Everybody was yelling in my kitchen.

We are a lot chiller in our house now. We have dance parties in the morning. There's a lot more forgiveness, a lot less snappiness. I'm kinder to myself. It's a corny word, but it's a gift.

Quitting drinking started this pursuit for all the cool nonalcoholic beverages. We used to give people a glass of wine or a can of Hamm's when they would come in for a hair service. Now I offer them something nonalcoholic and amazing: "Omigosh, this thing has got birchbark and salt and caramel; it's so funky and fun to drink."

It grew into my upcoming bottle shop: Shop Marigold at Honeycomb. I'm excited to put my passion for something that was disabling me into enabling something new and exciting. I want to make it more socially acceptable to not drink or to take a break.

We've been kind of laughing about the fact that I'm a salon. Like, a bottle shop attached to a salon? I don't know, it seems so natural to me. A place where people would gather for community was called a salon.

I love the vibe we have there. That's always what I've wanted – to have a place where you're instantly disarmed.

The levels of addiction in the restaurant industry – it's a scary, unspoken thing. The stresses of that career and the excesses. You leave work at night to go sit at the bar until it closes and then you do it all again the next day.

It took me a long time to realize the severity of my problem. The drinking didn't seem to deter anything. The truth is, it affects you in every way possible. But you don't think it does. You're a barge going down the river.

One of the bigger catalysts: My wife was pregnant and I got pinched on a DWI. I was like, "Man, this is nuts. I've got to be there for my wife and kids." Everything in me is being a dad. That's when I started to make the decision for change.

By no means was that an easy action.

My dad got me hooked up with one of his buddies who had 30-some years of sobriety. I started going to AA and got sponsors. As I reached certain milestones, I started to give back to the program, started sponsoring people. That is, truthfully, a really important way of testing your own sobriety – by being somewhat responsible for helping someone else through theirs.

I started to open my own restaurants at that time and did try, for my own sake, to build somewhat of a safe haven. I attracted young cooks who started to hear through the grapevine that this was a home for people in recovery.

A few years ago, I had opened what I thought was going to be my dream restaurant in my hometown. But small-town chef-ing is super hard. I was beyond stressed, I was never home. I'm a mile and a half from my kids' school, and I'm missing everything. I was sober the entire time, but I checked myself into the Retreat in Wayzata and did 30 days inpatient.

I realized: My sobriety's more important than cooking.

I was born in Korea and went from an orphanage to a foster home before I was adopted by a Minnesota family. I was the only person of color, I had my name changed to Katy Johnson and I was raised on tater-tot hot dish.

Anytime I would say, "I think this lady is treating me differently," my relatives would dismiss it. "No, it's not because of that." "We don't think she's being racist." "Get over it."

Despite all that, I am pretty close with them, but it was very lonely, very invalidating.

Back in 2017, I was dealing with unhealed aspects of racial trauma and with the political climate. And I was feeling completely overwhelmed, starting a company from scratch as a woman of color with no financing, on top of parenting two young kids.

I started drinking wine at night after work to decompress. It became five, six nights a week.

I started to worry. My parents and my partner expressed concern. I wanted to get healthy and whole. And I realized: I'm not going to have a million chances.

In treatment and group therapy, I experienced silencing and microaggressions. So I decided to open up Roots Recovery as a different approach to treatment. We try to depart from the traditional approach by adding in holistic components, like nutrition, trauma-informed yoga and community support. We would love to help transform the system to be more humane, more client-centered.

Cycles of oppression and historical trauma create these disparities in the child welfare system, which creates more stories like mine – where there's this loss of culture and cultural identity. Substance use by the parent is the No. 1 reason that children are removed from the home. It's ruining attachments and ripping apart families.

My life has unlimited potential as a result of my recovery journey. Rather than escape and further undermine myself and those around me, I have been empowered to advocate for meaningful change.

My dad (former Gov. Mark Dayton) has been in recovery for alcoholism since 1987, since I was 7 years old. So I grew up with more awareness around the potential negative consequences of alcohol.

Drinking became part of my professional world, being in the hospitality business with Marvel Bar and the Bachelor Farmer (restaurant). It never reached a point where I thought of it as a problem. It was more like, on a Tuesday night after work, maybe I'd have my last meeting of the day down in Marvel Bar and have a drink or two. I'd go home, wouldn't think much of it. But I was a little tired on Wednesday morning.

Would that make me a tiny bit grumpy with a coworker or a little less patient with my son? That sort of micro-impact has the potential to add up over time.

At the end of 2016, my wife was pregnant with my second son, so I knew life was going to get even more hectic. I had a lot I wanted to accomplish professionally. I thought, "I've got a big year coming up, and I wonder if I could be even 10% more productive without drinking?"

Now, looking back, it unlocked a lot more than I expected.

The thing that struck me right away was losing quite a bit of weight. It just melted off. It probably took a little longer to feel the benefits of better, more consistent sleep and what that meant for my energy, my productivity, my consistency of mood.

At the end of the year, there was so much positive upside – and so little sense of loss – that I kept going.

I immediately feel like I need to caveat that by saying how much humility and gratitude I feel that it has been easy, because I am so aware of how difficult it is for so many people.

For me, it was a no-brainer to turn one year into two years, into five. Not drinking has pushed me into new hobbies. I've gotten really into cycling. I did a ride with a friend this past summer from Minneapolis to Grand Marais. I probably wouldn't have made the time to train for that had I been drinking.

There is, for a lot of us, the notion of someone who stops drinking, their life has to be really bad to make that choice. Rock bottom. That's the story we've all heard.

I would just say from my own experience, life was pretty good in 2016. But that doesn't mean there's not meaningfully better life that's possible.