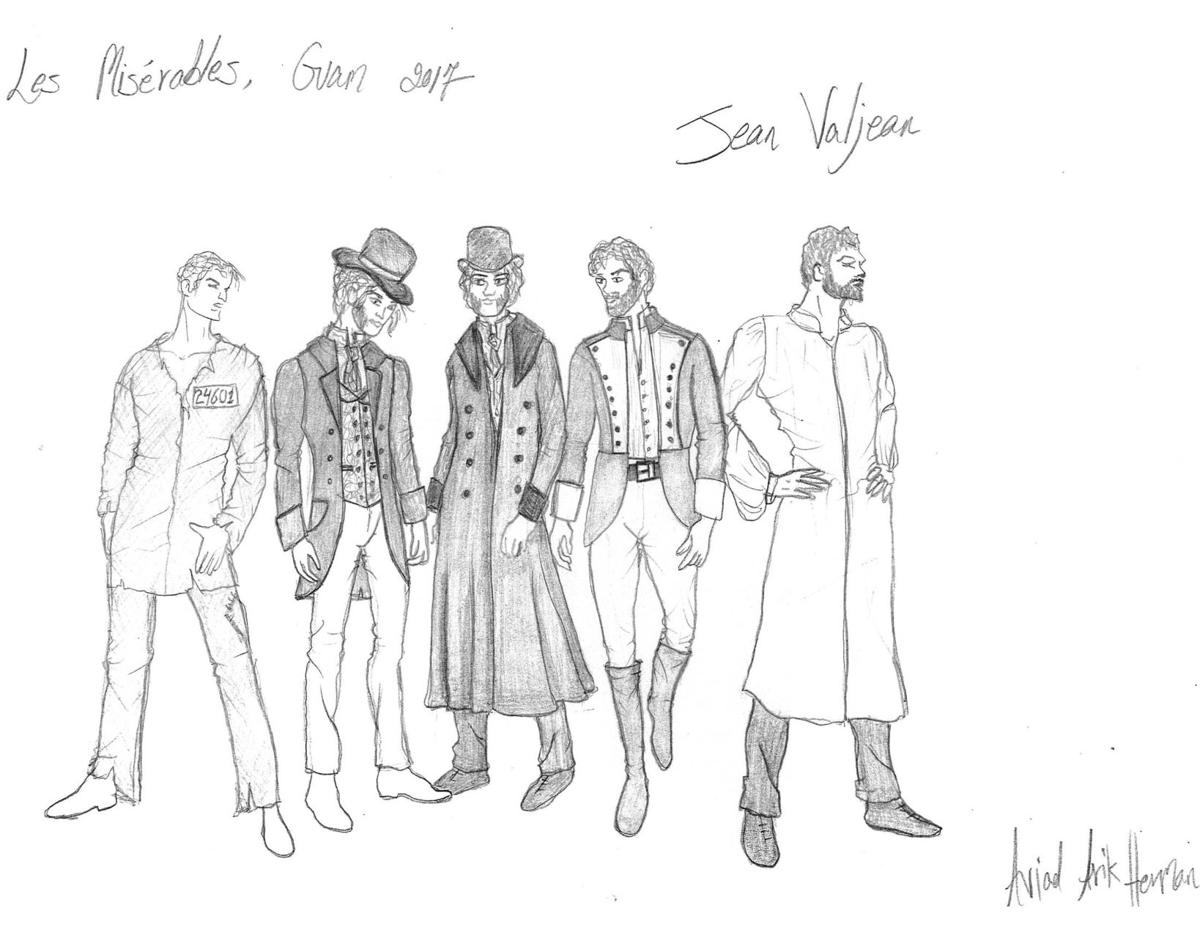 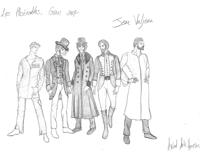 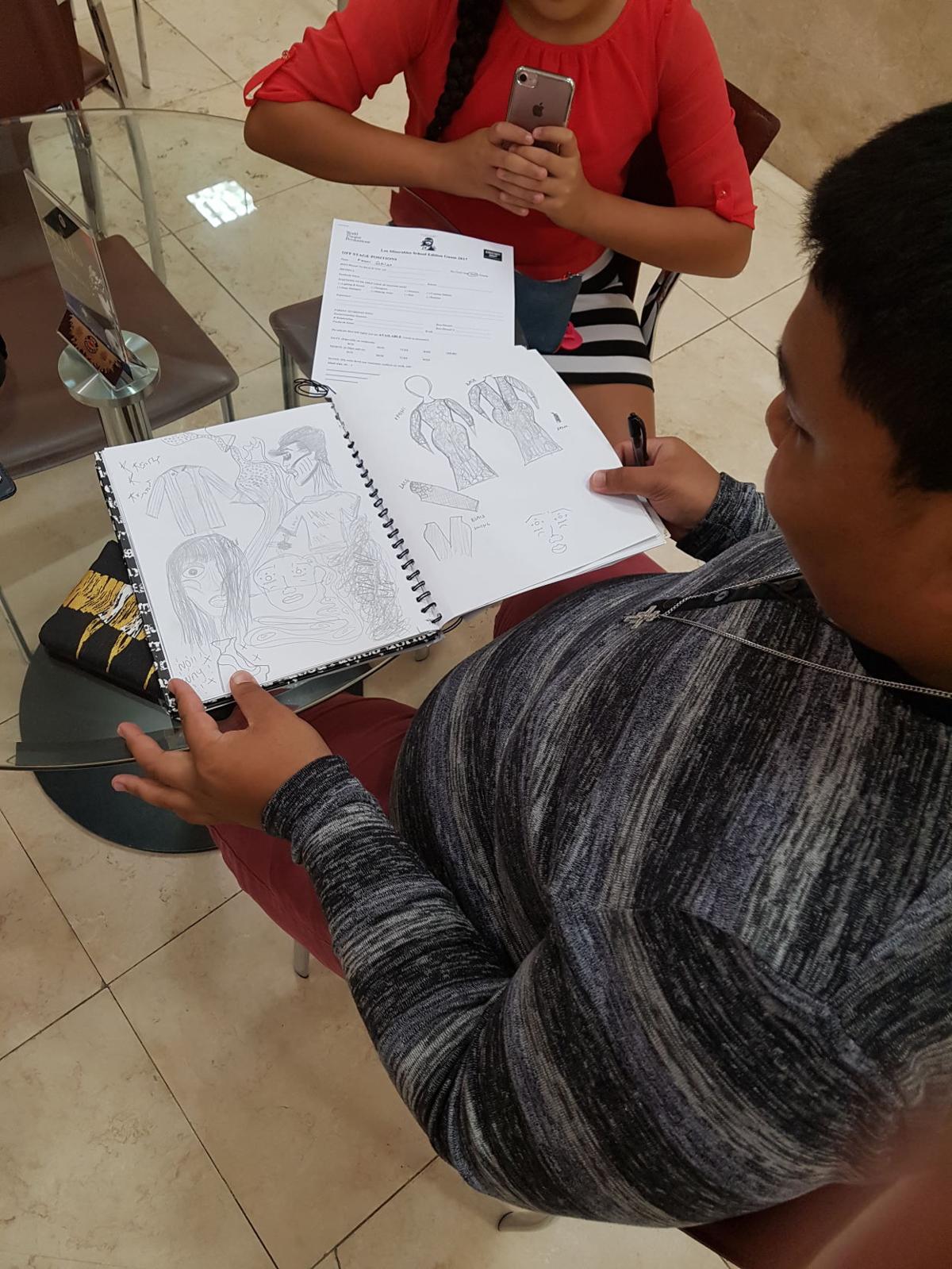 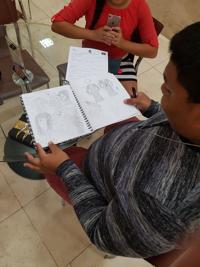 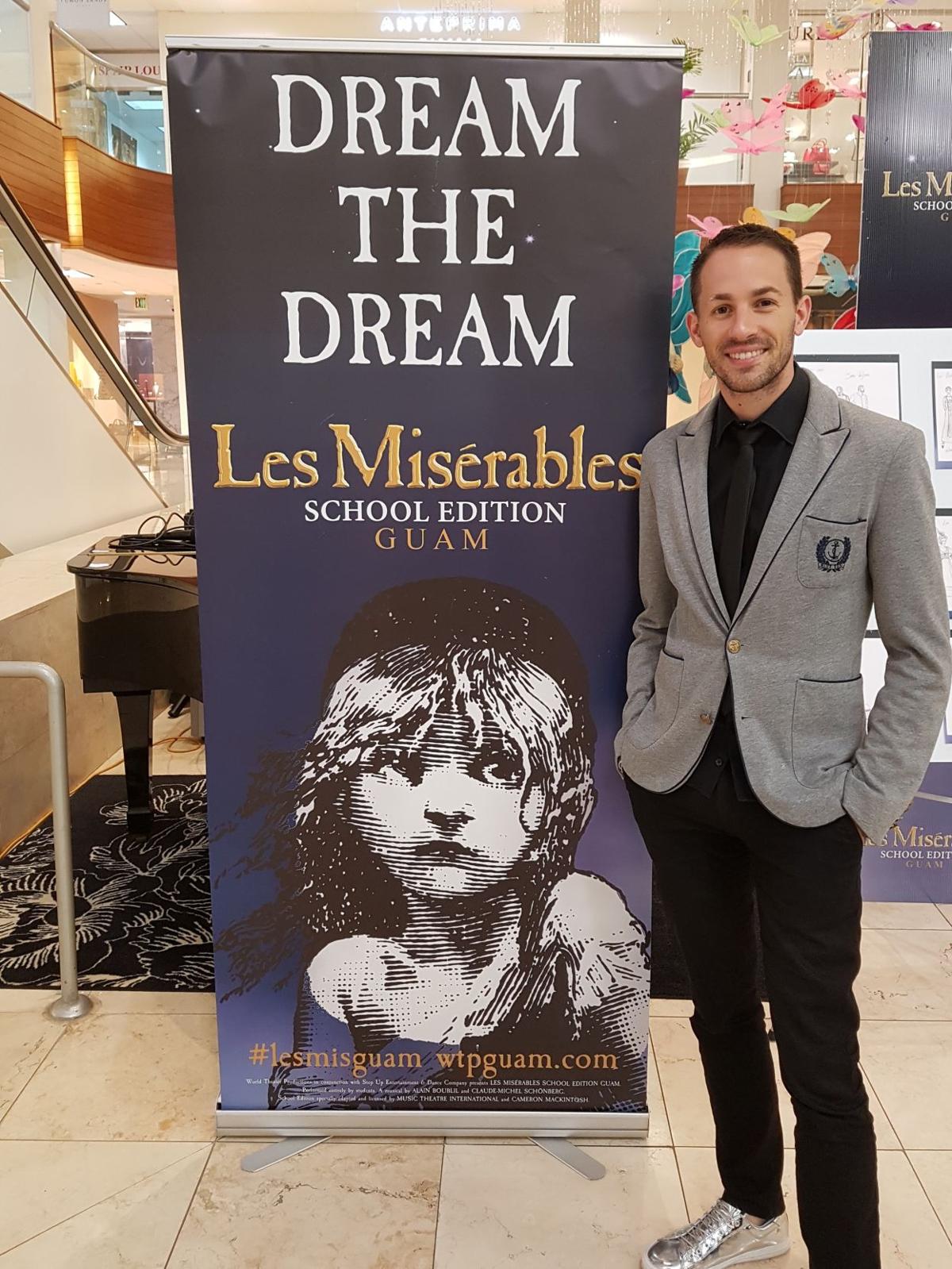 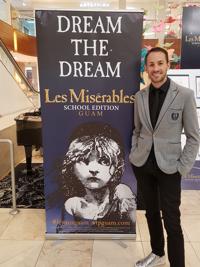 At what World Theater Productions called a casting call for fashion designers, Aviad Arik Herman arrived on Guam to help bring the island’s costume designing abilities to the next level.

Herman, who is the official resident designer for Miss Universe Sweden, is on island to collaborate in the World Theater Productions staging of Les Miserables, the theatrical classic.

“I’m really thrilled that it was made possible for me to come and consult on the costumes on Guam," he said Tuesday night. “I am very much aware of the community life on Guam. I think one of the benefits of this production won’t just be in the context of sharing the talent of the performance onstage with the community, but also inviting the community to be a key player in the making of this magic.”

"I think one of the benefits of this production won’t just be in the context of sharing the talent of the performance onstage with the community, but also inviting the community to be a key player in the making of this magic.”

Herman’s collaboration with Guamanian artists could be a boon for the future of the island’s design scene. One interested community member, Keoni Sablan, is a high school student with dreams of one day being a fashion designer. Sablan tells the Post, however, that although he gets tips from his grandmother, he has no real mentor, instead teaching himself how to sew via YouTube videos and self-practice. At the casting call, he brought his sketch book full of costume designs, which he hopes will impress World Theater Productions.

Herman’s tutelage could be the way aspiring designers such as Sablan parlay costume design into creating original fashion pieces. Herman will be sharing his talents with a few lucky islanders picked to form the musical’s design team, which he says will be very busy come showtime in October. This particular version of Les Miserables is a school-friendly show which requires many more actors than in the original production. As such, the design team will be in charge of not just creating costumes, but also managing accessories, shoes and the rest of the elements associated with dressing a wide range of actors.

Although Herman boasts an impressive resume which includes work with the American Academy of Ballet, Spanish National Dance Company and the aforementioned Miss Universe Sweden, aside from the logistics of managing costumes, he still faces the challenge of reconciling his artistic need to express himself with the long established norms of staging the classic musical.

“As a designer now getting to design the show, there are certain things that really need to have integrity to honor the original design that was created by world masters. But, at the same time, I believe I could put my signature on it.”

Still, Herman seems calm and eager to begin designing, saying, “I feel privileged to get to work with this masterpiece.”

Based on the timeless Victor Hugo novel of the same name, Les Miserables follows the story of Jean Valjean, a prisoner who breaks parole, and Javert, the inspector who tries to hunt him down. It has the distinction of being the among world’s longest running musicals, with over 25 years of production in England, according to the musical’s official website.

This World Theater Productions version of Les Miserables was made possible through a special arrangement with Music Theatre International, a theatrical licensing agency based in New York City.

World Theater Productions itself was created as a professional platform for artists from around the world to share their talents and experiences within their respective fields, bringing education and guidance to aspiring young Guamanian talents. It aims to enhance theater production on Guam and hone local talents who are serious about getting into the field of entertainment.

As of press time, Herman and World Theater Productions had not selected a costume design team.