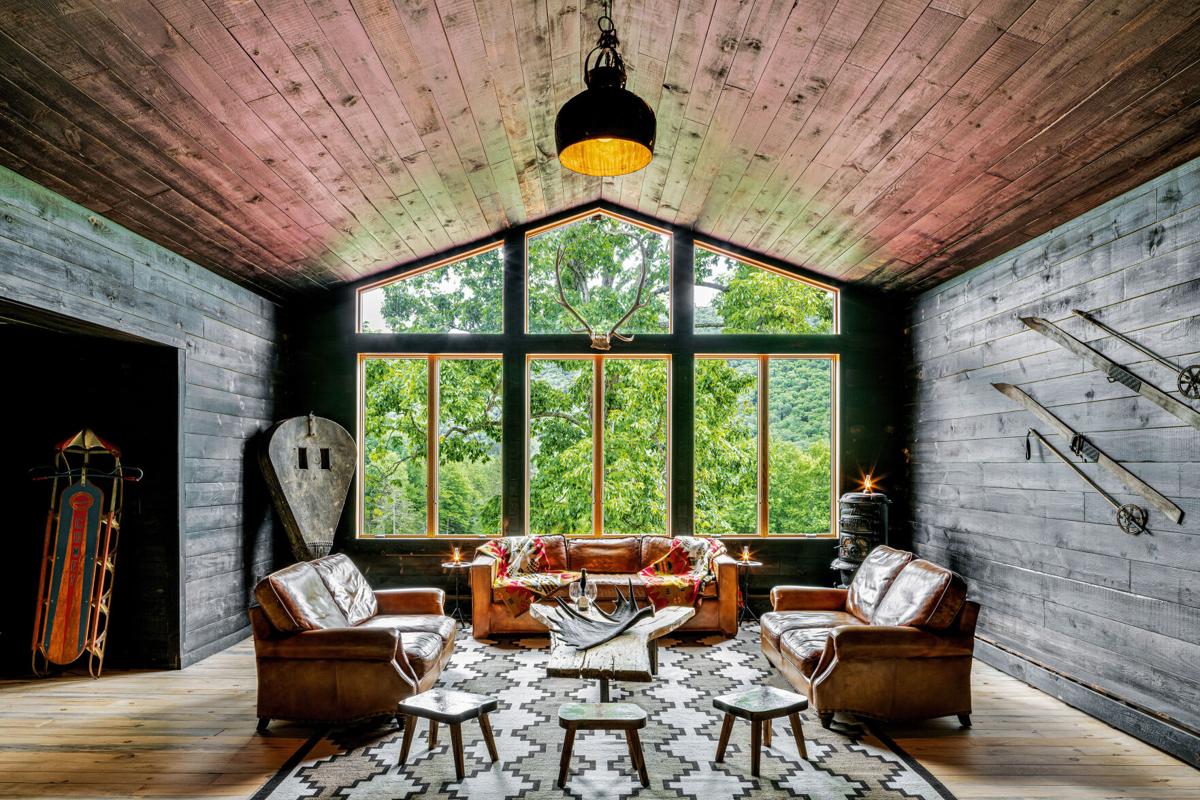 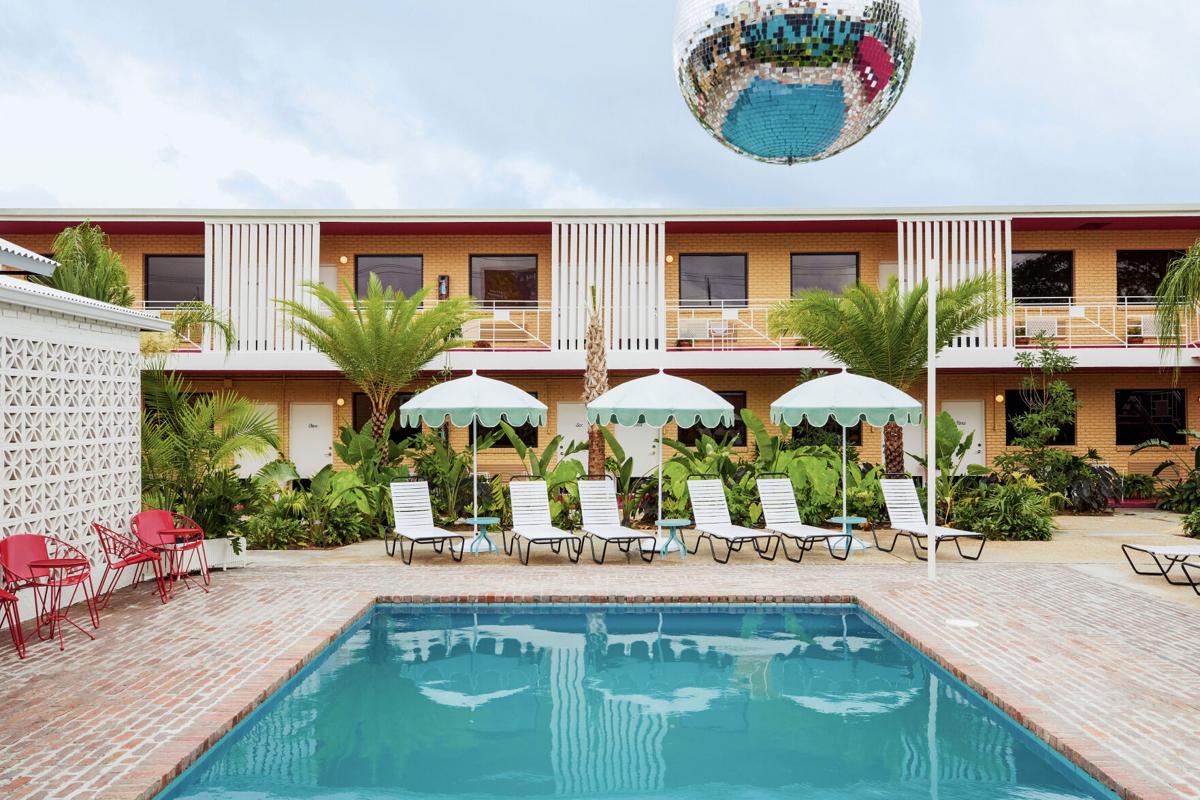 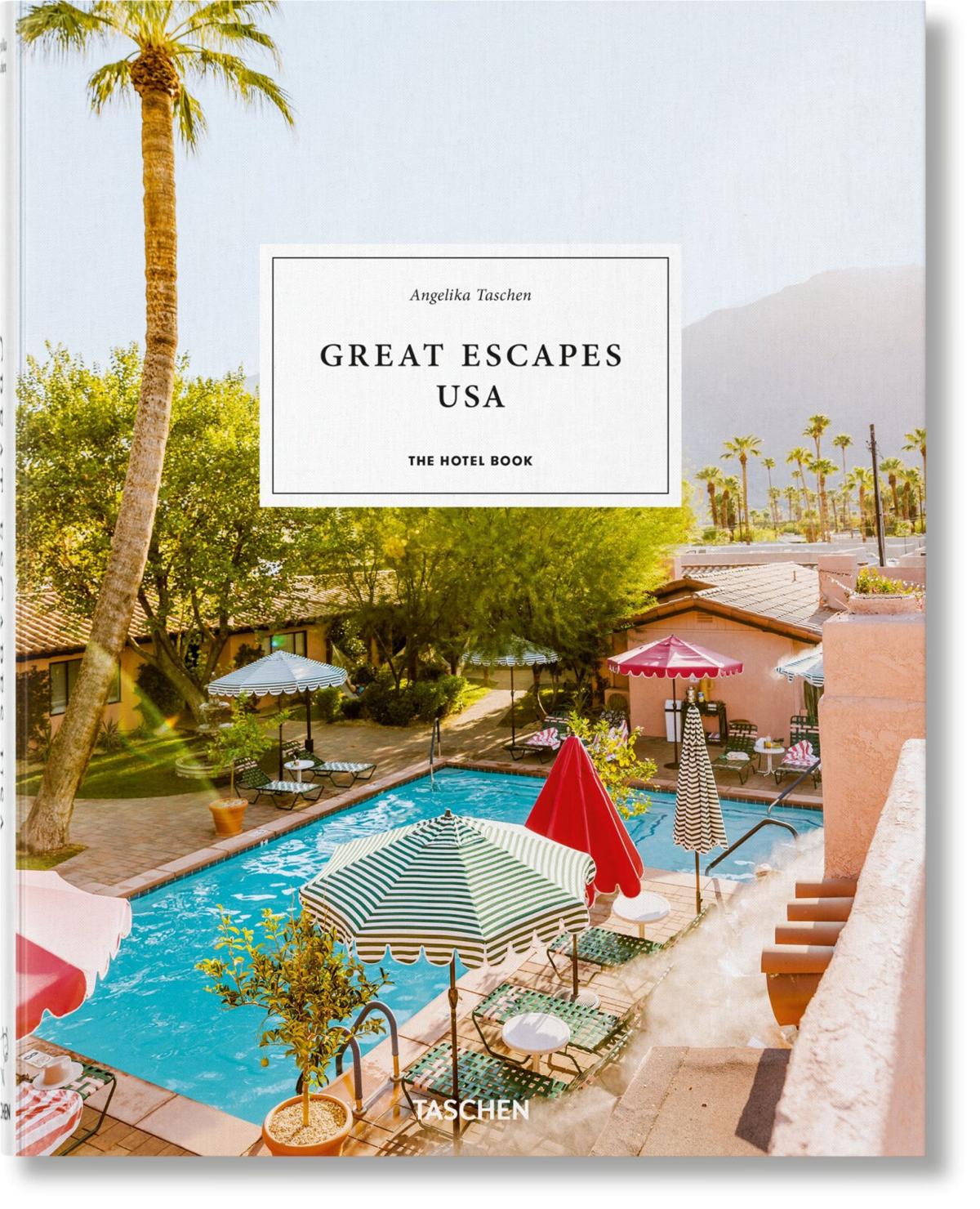 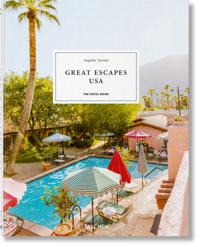 'THE HOTEL BOOK': The cover of "Great Escapes USA: The Hotel Book." Taschen 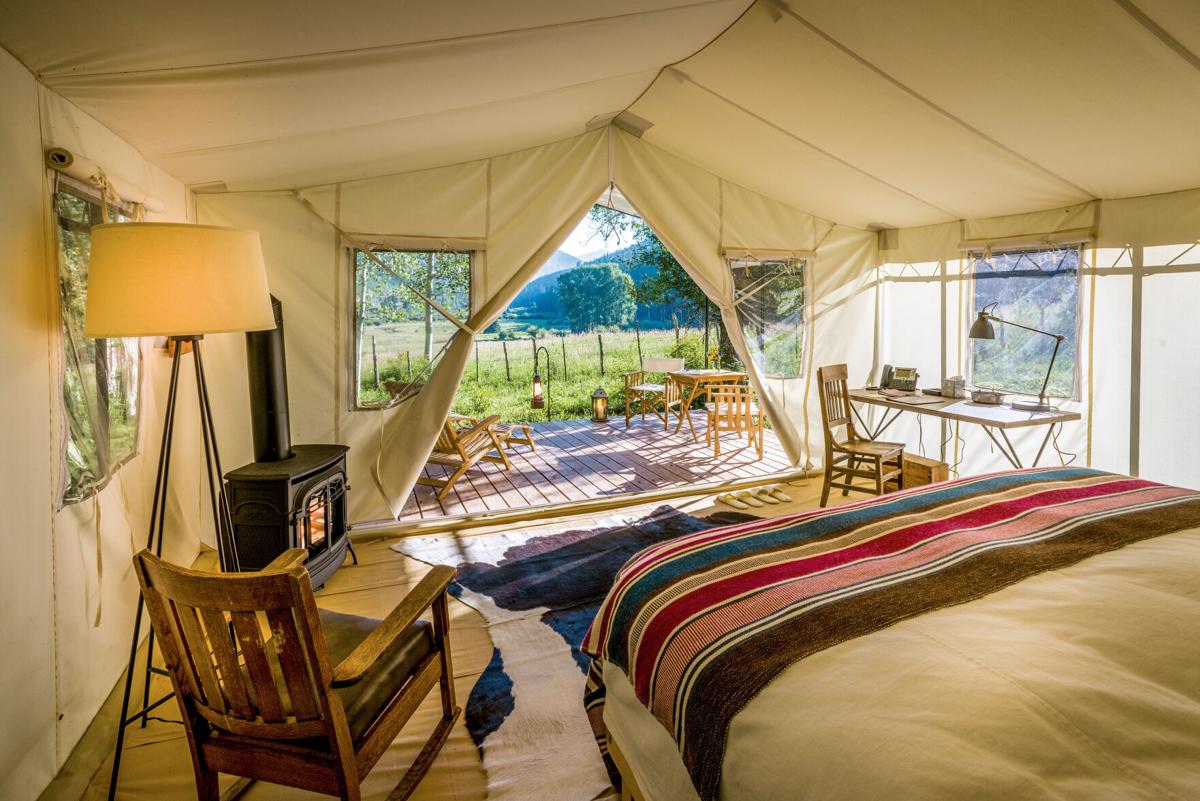 Travel accommodations so often amount to practical pit stops on the line between Point A and Point B.

But some hotels are the point, serving as far more than a necessary pillow for the night.

In a new release, Taschen, the art book publisher, highlights American hotels worthy as destinations all on their own. "Great Escapes USA: The Hotel Book," written by Christiane Reiter and edited by Angelika Taschen, is a sort of hybrid travelogue catalogue, a look book showcasing 45 rarefied resorts in 14 states. It is the latest in Taschen's globe-spanning Great Escapes series, which also includes Africa and South America, among others.

Several of the featured U.S. inns were built as sprawling estates with Gilded Age pedigrees that evoke writer Joan Didion's observation: "Of course great hotels have always been social ideas, flawless mirrors to the particular societies they service." She wrote that of the famously pink Royal Hawaiian in Waikiki, which is not featured in this book.

That pleasure can come in the form of minimalist, nearly stark decor, such as the accommodations at the Spruceton Inn in West Kill, N.Y., or it can be as luxurious as opulent manors from another time.

Spartan surroundings offer a refreshing change from our overstuffed lives.

"Nine rooms. A bar. And so many stars." That's how Casey Scieszka, who runs Spruceton with her husband, Steven Weinberg, describes their essential offerings. Firewood and a hammock in a meadow are among the guest luxuries. That, plus surrounding trails, swimming, skiing and fly-fishing.

Featured hotels range from the rustic pleasure of Spruceton to Gatsby-esque locations built by titans of industry. Other featured inns were initially artists' colonies whose natural beauty attracted the likes of Ansel Adams, or once attracted intellectuals and early civil rights activists.

A parade of styles

"Great Escapes USA," a hefty coffee-table tome, opens in the Atlantic coastal town of Kennebunk Beach, Maine, and it closes with its final destination in Death Valley, Calif.

Kennebunk's White Barn Inn is a bucolic East Coast classic, with a historical barn and surrounding structures. The 1927 Inn at Death Valley, with its mosaic-bottomed pool and towering palms, is an oasis that stands in stark contrast to our hottest national park.

Detailed on the pages between Maine and California are images of hospitality housed in onetime mansions, working ranches, classic travel trailers and freshly envisioned surfside motels.

All the locations feed the fantasy of checking out of reality and in to a place carefully staged for our delight, a portal to another place. It's no wonder hotels play a supporting role in so many movies. They're a set, populated with characters passing through.

The book showcases a parade of styles. There is the venerable, with patinated wainscoting, seafaring oil paintings, fireplaces, wallpaper and tufted upholstery; the modern, with Tivoli radios and ultra-minimal chambers bathed in white; the retro, with mid-century breeze-block walls, a disco ball above a pool and record players; the beachy, with rattan seating, string lights and surfboards; and the woodsy, with antlers, snow shoes and woolen Pendleton blankets.

The architectural profiles range from low-slung to imposing.

Whatever the setting, the hotels invite us to check in to a space that is probably nothing like the address we've temporarily left behind. That's the intrigue of hotels: We can try on another life, if only for a night or weekend.

Accompanying the photo-filled pages is text in English, French and German, a reminder that the American style has international appeal. Editor/writer duo Taschen and Reiter include insider tips for making the most of a stay. They divulge in-the-know details, such as signature cocktails. There is, for example, the Summer Fling, concocted with vodka, ginger and melon, at Sunset Beach on New York's Shelter Island, or the tequila- and mezcal-based libations at El Rey Court, in Santa Fe, N.M.

They also suggest books to read or films to watch that have a connection to or fit with the context of each lodging. For Twin Farms, in Barnard, Vt., they suggest "Babbitt," by Sinclair Lewis, who summered at the former residence with his wife, journalist Dorothy Thompson.

Other recommended reading for mood includes:

• "The Age of Innocence," a portrait of the Gilded Age by Edith Wharton. She lived near Wheatleigh, a Lenox, Mass., palazzo built by a New York banker who hired more than 150 artisans from Italy to build his country estate.

• "Moby-Dick," by Herman Melville, in keeping with the maritime heritage of Greydon House in Nantucket, Mass., where the bar looks like a good place to ride out a nor'easter.

• "The Rainbow," by D.H. Lawrence, for the Mabel Dodge Luhan House in Taos, N.M. Lawrence was among the celebrated guests who stayed at the adobe-brick-style onetime haven for writers and artists.

• "Big Sur," by Jack Kerouac, for the Post Ranch Inn at Big Sur, Calif., which may offer the most breathtaking ocean view of any location in the book.

Interior views also are a treat on the pages. Look for green-leather dining chairs at Twin Farms and tropical wallpaper at the Drifter Hotel in New Orleans.

Rustic is the style at Deetjen's Big Sur Inn, a cozy compound of 1930s cabins in Big Sur. There, on the scenic Central Coast, what's missing in TV and cell signal is made up for with candlelit dinners and a hideaway appeal.

In addition to kindling dreams and, yes, interior-decor inspiration, "Great Escapes USA" aids travel planning, not so much in the go-here, go-there sense as in helping readers identify their personal accommodation style: the grounds they would like to roam, the veranda where they might savor morning coffee or take afternoon tea, or the rooms they would admire when they have nothing more demanding to do than gaze upon their surroundings.

Taken in full, the book allows readers to consider an alternative to popular accommodations that entail pushing door-code buttons before entering a solo space with an armload of groceries. "Great Escapes USA" entertains the fantasy of hospitality that's more akin to accepting an invitation to stay at the country home of friends who own very nice real estate.