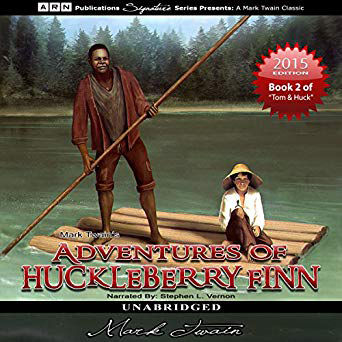 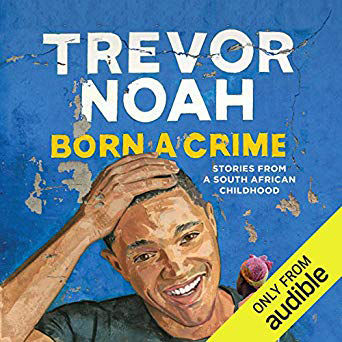 "Born a Crime" by Trevor Noah 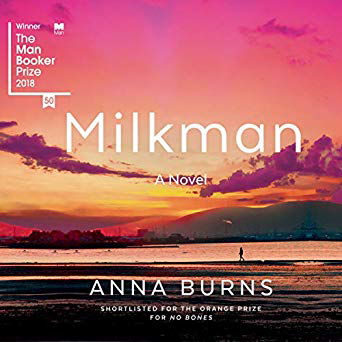 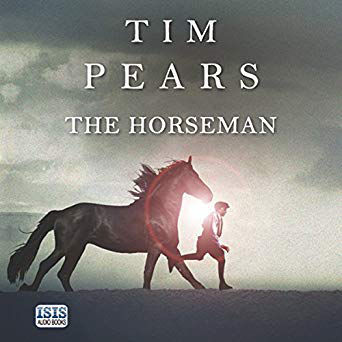 "The Horseman" by Tim Pears

"Born a Crime" by Trevor Noah

"The Horseman" by Tim Pears

Any devoted audiobook listener can attest: Spending nine hours (or more) in the company of a terrible reader – a shrieker, mumbler, droner, tooth whistler or overzealous thespian – is an experience that can truly ruin a book. A narrator's voice is not merely a delivery system, an element extraneous to the text, but an integral one – fulfilling, enriching, injuring or sinking a book.

The worst offenders may be found in the classics section. Since these works are out of copyright, narrators can do what they like with the text for the cost of production alone. Thomas Hardy's "Far from the Madding Crowd," for instance, exists in a dozen unabridged versions: One, John Lee's (Tantor) is superb, and a couple, Nathaniel Parker's (Audible Studios) and Joe Jameson's (Dreamscape) are excellent if a little fast. (Audible is owned by Amazon, whose chief executive Jeff Bezos owns The Washington Post.) A few others are good enough, but there are also some excruciating performers, among them a drawling old fogy; a governess on an elocution bender; a sprinter whose words tear along in a blur; and a man who seems to be recording from inside a tin can.

Perhaps there is something about Hardy that brings out an especially unhandy company. "Huckleberry Finn," on the other hand, exists in over 30 unabridged versions and has attracted admirable readers and only a few bunglers. Among the excellent versions are Stephen L. Vernon's (A.R.N. Publications), Grover Gardner's (Blackstone), Alan Munro's (Trout Bay Media) and Jim D. Johnston's (Combray Media).

This brings up the matter of taste. There are, it astonishes me to discover, some listeners who don't especially care for the voices of the award-winning British narrator, John Lee, one of my favorites, and Simon Prebble, all of whose upper-class villains do, I admit, sound like Lady Bracknell. My own divergence from general opinion is an aversion to the much-lauded, award-winning, too-swoopy voice of Davina Porter and that of the equally celebrated Scott Brick, the cilantro of narrators – you like it or don't.

Many authors like to read their own books. Sometimes that's a good thing. But too often authors lack a natural gift for voice narration and aren't trained in it. Sloppy enunciation, glottal mayhem, off-kilter expressiveness, and a general airlessness have killed some books read by the very person who created them. To be sure, the situation has improved since the rough-hewn days of the 1990s, and certain authors are now truly accomplished narrators, their delivery enhancing the words on the page. Among the finest are Louise Erdrich, John le Carré, Trevor Noah, Neil Gaiman, Toni Morrison, and, surprisingly, Jim Bouton (who died last month). Bouton would not be the right man to read anything but his own "Ball Four" (Audible Studios), a vastly entertaining exposé of the world of major-league baseball players that he delivers with infectious relish.

Truly great narrators are a rare and wondrous thing: How they manage to distinguish between characters with such limberness, how they can – seamlessly and without apparent effort – change timbre, pitch, manner, and accent from character to character. There are many candidates for the top spot, but here are three whose delivery has contributed another dimension to the silent page.

Anna Burns' "Milkman" – winner of the Booker Prize and the National Book Critics Circle Award for fiction – is a brilliant but difficult novel, one that has stymied a number of readers who experienced it in print. Set in Belfast during the 1970s amid Northern Ireland's Troubles, it is the sardonic, sometimes free-form first-person account of a young woman being stalked by a terrorist and held in suspicion by her own community. At times challenging and slow-going to read in print, it opens itself when delivered by the actor Bríd Brennan, a native of Northern Ireland herself. (Dreamscape, 14-1/4 hours) She captures the dialogue's cadence wherein much of the novel's sense lies, renders the menace palpable, and conveys the narrator's subtle humor with fitting understatement.

January LaVoy has a voice that contains multitudes, and her versatility and empathetic characterization have transformed some pedestrian novels into enjoyable entertainments. Adrian McKinty's "The Chain" (Hachette, 10-1/4 hours) is far from pedestrian, but, in LaVoy's performance, the chilling, suspenseful novel transcends the page. Set in present-day Massachusetts, this is the terrifying story of the abduction of a teenage girl whose kidnappers demand, in addition to money, that the girl's mother, Rachel, kidnap another child – whose parents will be handed the same demand. This is "the chain." Rachel's pain, desperation and horror are urgent in LaVoy's voice. The rest of the characters – sympathetic, skeptical, intimidating, and just plain evil – troop in one by one, their various personalities embodied in this extraordinary narrator's protean voice.

Jonathan Keeble's narrative ability, reserved and cultivated in general narrative, opens doors to the past. He is at his very finest in Tim Pears' West Country Trilogy: "The Horseman" (Isis, 7-1/2 hours), "The Wanders" (Isis, 8-1/2 hours), and "The Redeemed" (Isis, 9 hours). Beginning in 1911 in Somerset, England, it is the story of Leopold, boy and man with an affinity for horses, and a rich landowner's daughter, Charlotte, who aspires, against convention, to be a veterinarian. Leopold is forced off his father's farm in a shocking incident and wanders hither and thither, becoming slave to gypsies, farmworker, sailor, diver, and horseman. Charlotte, in turn, has her own cruel tribulations. The genius of these books lies in their dramatic, detailed descriptions of work and their quiet celebration of the creatures and human devices of the English countryside of a vanished era. Keeble, a master of the argot and manner of speech of the West Country, further enhances these great novels, making them among the best audiobooks I have encountered in some three decades spent listening to audiobooks.