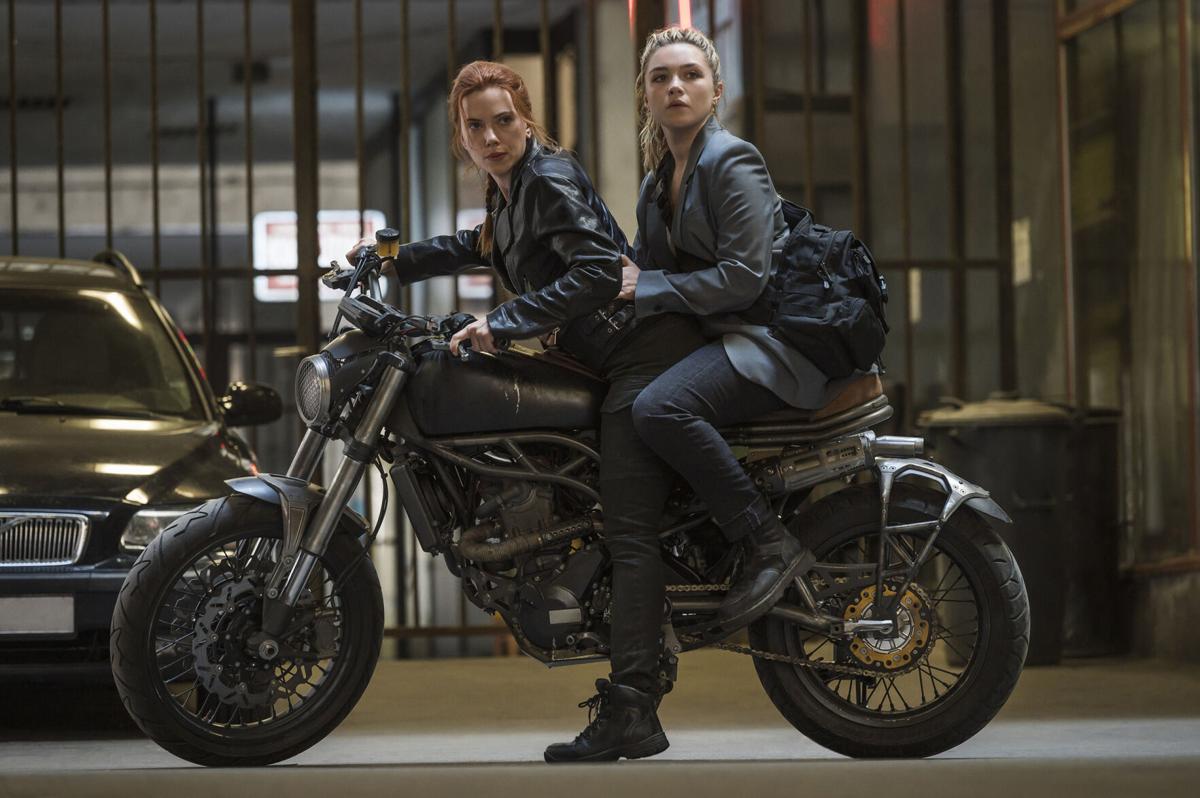 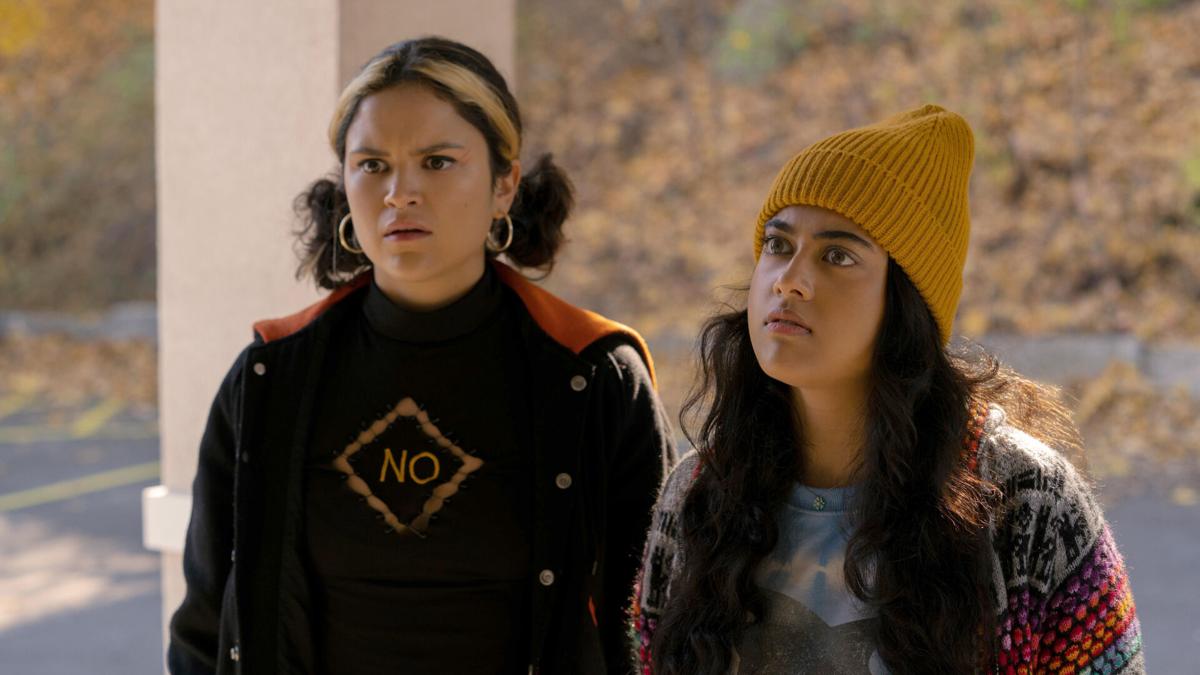 PLAN B: After a regrettable first sexual encounter, a strait-laced high school student (Kuhoo Verma, right) and her slacker best friend (Victoria Moroles) have 24 hours to hunt down a Plan B pill in America's heartland in “Plan B.” Brett Roedel/Hulu 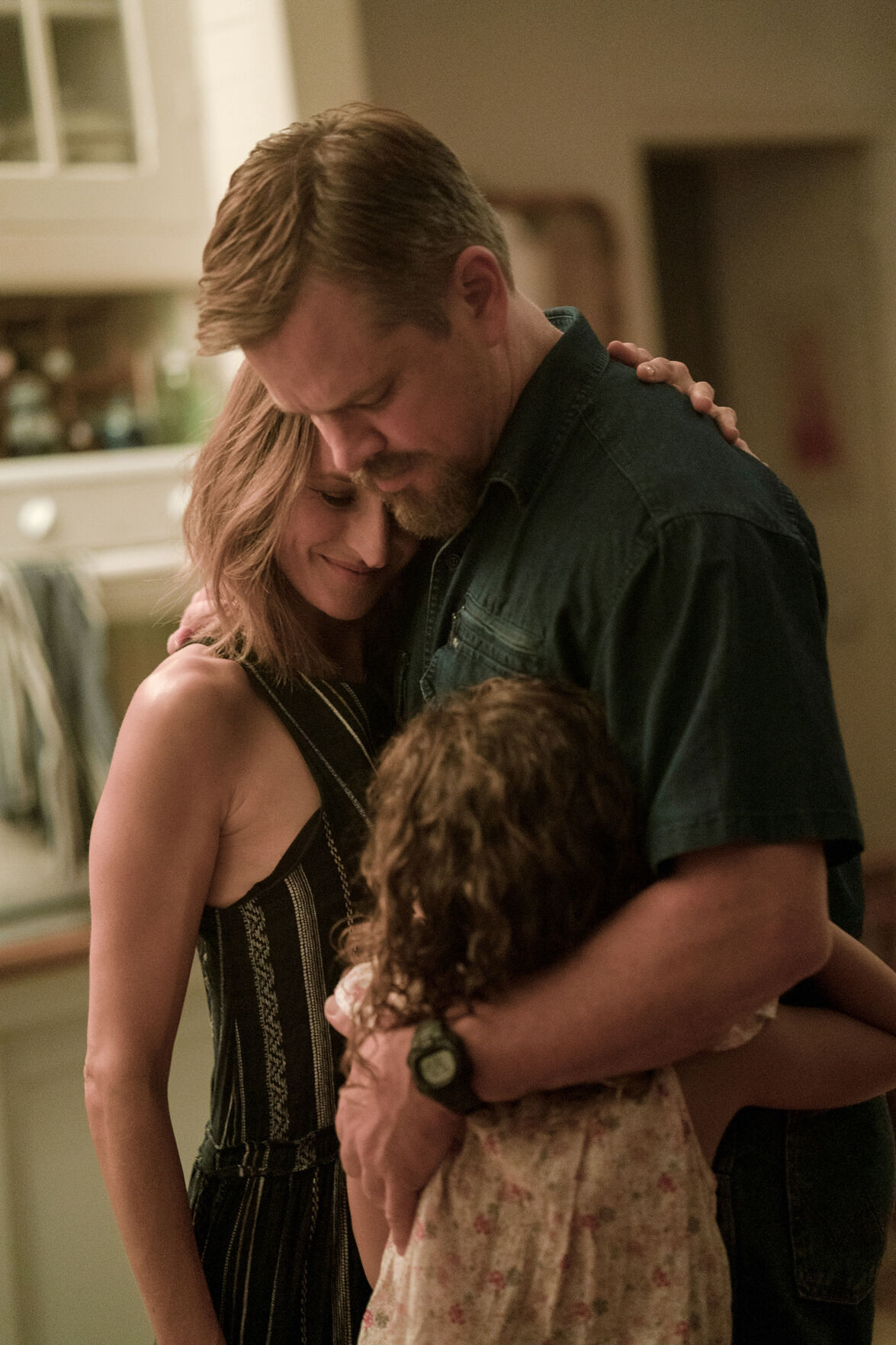 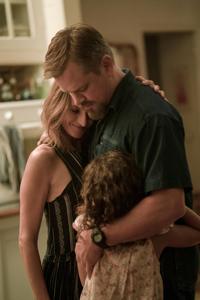 PLAN B: After a regrettable first sexual encounter, a strait-laced high school student (Kuhoo Verma, right) and her slacker best friend (Victoria Moroles) have 24 hours to hunt down a Plan B pill in America's heartland in “Plan B.” Brett Roedel/Hulu

Memorial Day has always been a do-or-die weekend for Hollywood. As the unofficial beginning of summer, it has launched myriad "Star Wars," "Indiana Jones" and "Mission: Impossible" installments, not to mention family films like "Aladdin" and "Pirates of the Caribbean: At World's End."

This year, the stakes are even higher. With theaters reopening in earnest after being shuttered due to the coronavirus pandemic, studios that had been delaying big movies are testing the waters with high-profile titles. On Friday, Disney brought "Cruella," a splashy live-action origin story starring Emma Stone, to in-person theaters, while Paramount finally released "A Quiet Place Part II," the highly anticipated sequel to John Krasinski's 2018 horror film, whose crafty sound design made it that rare movie that had to be seen in theaters.

It's understandable that studios would lure audiences out of their pandemic cocoons with spectacle and reliable genres like horror: "F9," the latest iteration of the hugely successful "Fast and Furious" franchise, has already done impressive business overseas, earning more than $160 million since opening on May 19 (it opens in the U.S. on June 25). "Spiral," a spinoff of the "Saw" movies starring Chris Rock and Samuel L. Jackson, has become another big hit despite dismal reviews. Over the next several weeks, such seemingly surefire blockbusters as "Black Widow" and "The Suicide Squad" will arrive in multiplexes, as well as the musical "In the Heights" and "Space Jam: A New Legacy," starring LeBron James and Bugs Bunny.

The message to stir-crazy audiences is unmistakable: The movies are back! And they're way too big to watch on your laptop!

That message isn't wrong, but it might be incomplete.

While studios double down on the bigger-louder-noisier strategy - their business model for the past several years - they're ignoring movies that have been just as successful at getting rear ends in seats: medium-budget, human-scale movies that don't feature big stars in Spandex suits or fighting CGI aliens in front of a green screen. It wasn't all that long ago that movies like "Magic Mike" and "Girls Trip" became must-see theatrical experiences, not just because they were funny and hugely entertaining on the screen, but because whooping at Channing Tatum's umbrella dance or laughing at Tiffany Haddish was exponentially more enjoyable in a crowd.

It's the same impulse that made "My Best Friend's Wedding" a summer phenom in 1997, a pattern followed more recently by "Bridesmaids" and "Crazy Rich Asians." (Inevitably, industry experts called these "surprise" sleeper hits, noting that they "overperformed" at the box office, overlooking the fact that their momentum is often spurred by female audiences that have long been ignored by Hollywood.)

Another example of the midrange summer hit is "Legally Blonde," the delightful Reese Witherspoon comedy that came out in 2001. It's now part of a library of films acquired by Amazon in its purchase of MGM this week. As my Washington Post colleague Steven Zeitchik reported, Amazon was clearly interested in MGM's vast library of legacy titles, including the James Bond and "Rocky" franchises; what's unclear is the extent to which future MGM movies will open in theaters or go straight to Amazon's Prime streaming service. (Similar questions surround the recent merger of Warner Media - including the streaming entity HBO Max - and the unscripted-entertainment behemoth Discovery.)

MGM's "Respect," the Aretha Franklin biopic starring Jennifer Hudson, is still scheduled to open in theaters in August, as is "CODA," a crowd-pleasing coming-of-age tale that Apple TV Plus picked up at Sundance. Along with "Stillwater," an international thriller starring Matt Damon that opens in July, they exemplify the kind of movie that Hollywood has increasingly ceded to streaming - a strategic mistake, according to Patrick Corcoran, vice president and chief communications officer at the National Association of Theater Owners (NATO).

"Look at the ratings for the Oscars and the Golden Globes, and think about what movies got talked about, and for how long," Corcoran says, adding that a film's theatrical presence is still "vital" to creating awareness. Without it, he observes, "movies have been missing from the cultural conversation, big and small."

Case in point: a popular subgenre of the summer sleeper hit genre, the teen raunch-com, with "American Pie" and "Superbad" acknowledged classics of the form. The new movie "Plan B," about two girls on the hunt for a morning-after pill in the exurbs of South Dakota, has all the trappings to become a similarly beloved breakout hit. But it's available only on Hulu, meaning that even if it's a success for the streamer in terms of views and subscriptions, it has little chance of achieving the pop-zeitgeist liftoff that a national theatrical run still provides. ("Plan B" is showing for one week in a theater in Burbank, Calif.)

In recent weeks, NATO's CEO, John Fithian, has been meeting with studio executives to encourage them to make a wide range of movies available to theaters, not just the "F9s" and "Suicide Squads" of the world. "We have big movies that bring in big audiences, but the overall audience is made up of small audiences that add up to a big audience," Corcoran says. "We don't want to send a message that this (type of movie) isn't here for you. And you never know what's going to break out and ... become a huge movie."

NATO has been closely monitoring audience expectations and comfort levels that have been in a near-constant state of evolution since theaters shuttered more than a year ago. According to the most recent poll conducted by National Research Group, 73 percent of 900 respondents felt "comfortable or very comfortable" with returning to theaters now.

Health and safety are, naturally, a key concern. But so are the movies themselves. If Hollywood has any hope of achieving the $11 billion in box office it earned before the pandemic - and stopping the slide in admissions that started more than a decade ago - it must recommit to the kind of midrange comedies and dramas that millions of people mean when they say "movie."

"It's not that people don't want to go to the movie theater, it's that there's not enough of what they want to see," Corcoran says. "That's why we need that range of movies. We need everything, frankly."

Jericho Zion David was a 4-year-old boy with a big smile. Read more

What counts as “culture?” Is it simply the “original” culture, as we understand it, or should it include the cultural features introduced over time? Read more