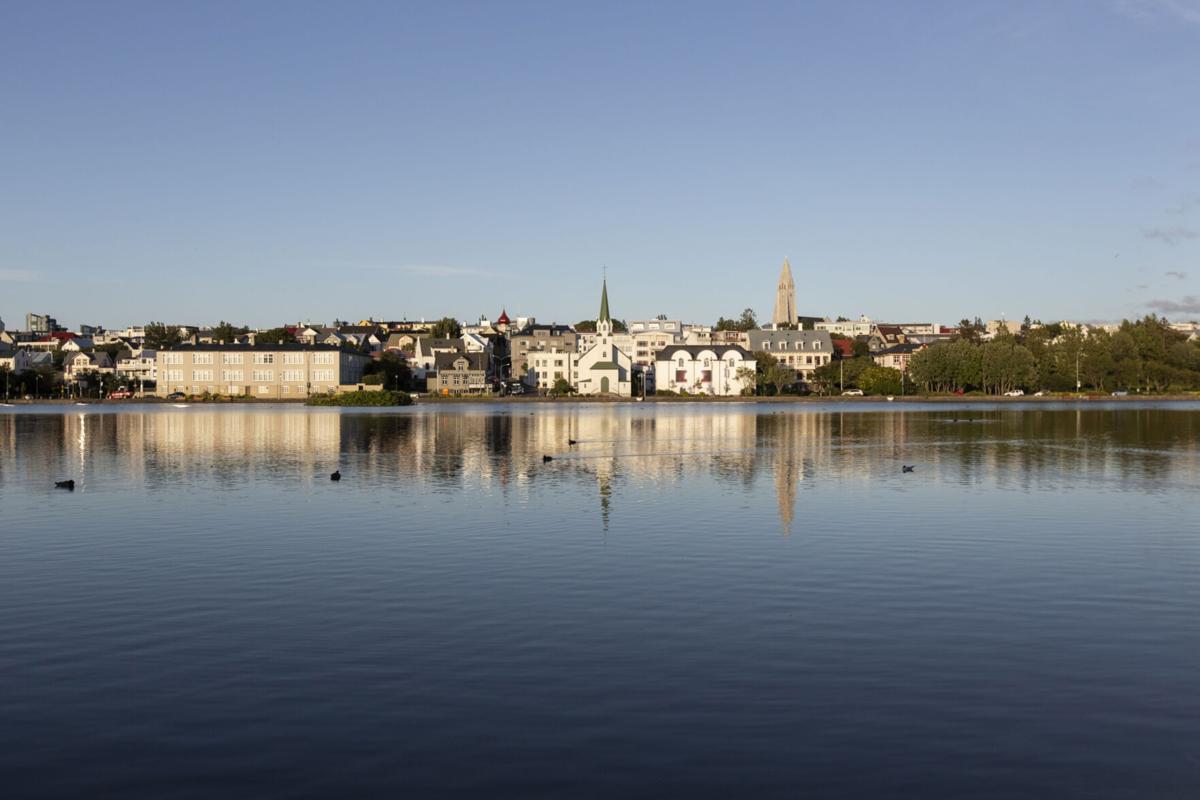 REYKJAVIK: Buildings stand on the edge of Lake Tjornin in Reykjavik, Iceland, on July 20. Sigga Ella/Bloomberg 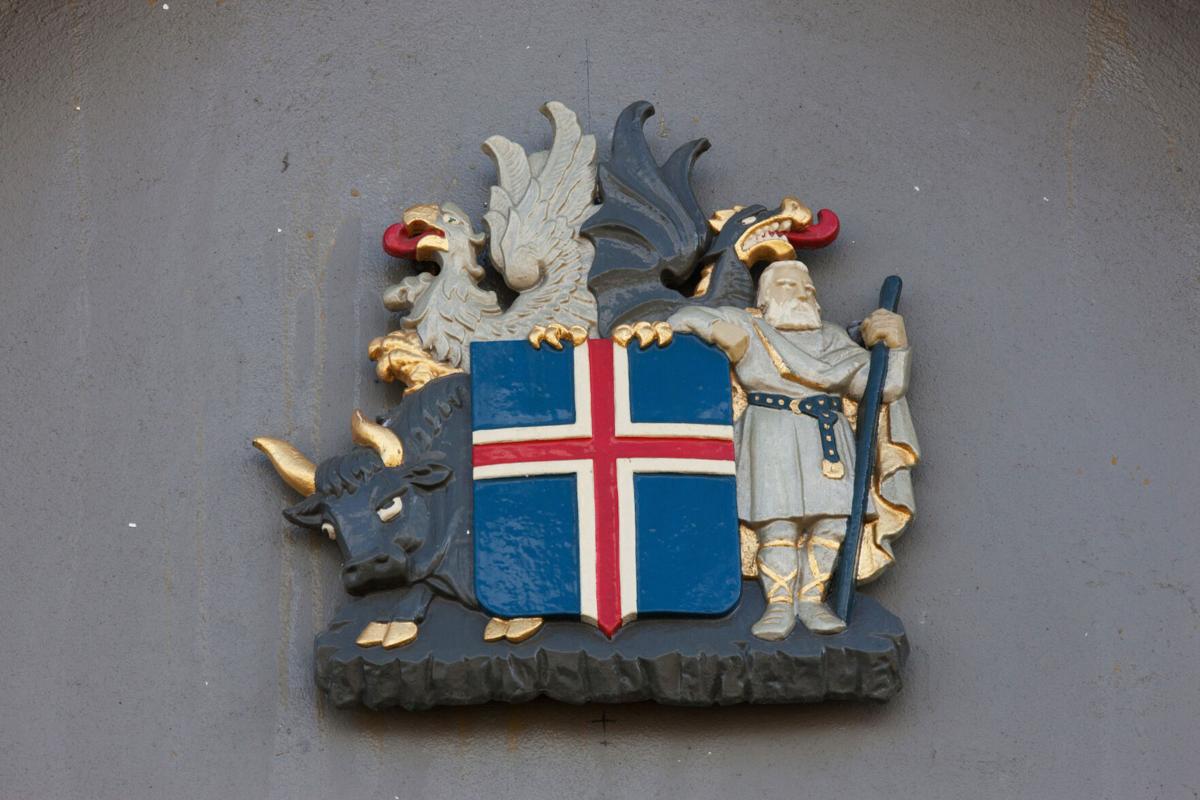 OPEN ARMS: The Icelandic coat of arms is displayed outside the residence of Iceland's prime minister in Reykjavik on April 7, 2016. Arnaldur Halldorsson/Bloomberg 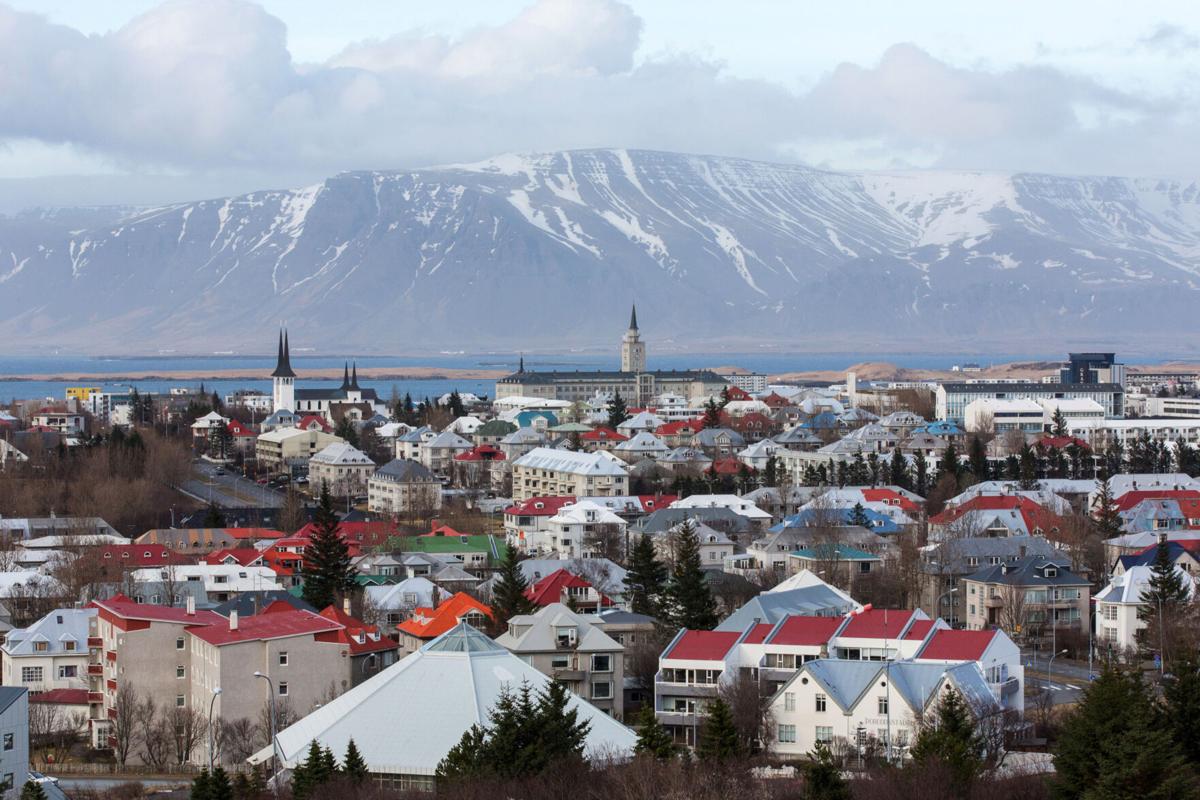 REYKJAVIK: Buildings stand on the edge of Lake Tjornin in Reykjavik, Iceland, on July 20. Sigga Ella/Bloomberg

OPEN ARMS: The Icelandic coat of arms is displayed outside the residence of Iceland's prime minister in Reykjavik on April 7, 2016. Arnaldur Halldorsson/Bloomberg

A new escape route has emerged for anyone looking to circumvent second-wave lockdowns. Earlier this month, Iceland quietly rolled out changes to its remote-work visa program for citizens beyond the European Schengen Area. Americans – and any foreign national not required to have a visa to enter Iceland – will be allowed to stay in the Land of Fire and Ice for six uninterrupted months, even while the country's international borders remain largely shut.

But there's some fine print: You have to be gainfully employed elsewhere, and earn nearly six figures.

"I think the idea is to attract high-earning professionals from Silicon Valley or San Francisco to spend their money here, instead of there," explains Asta Gudrun Helgadottir, a member of Iceland's pro-direct-democracy Pirate Party and a former parliament member. Although long-stay guests aren't technically tourists, the hope is that they'll rent out unused Airbnbs, fill empty tables at restaurants, and head to the countryside on weekends to explore the country like slow-going travelers. Deep-pocketed ones, at that.

Iceland isn't the first place to lure the work-from-anywhere set with long-stay waivers. Bermuda, Barbados, the Cayman Islands, and Estonia have also used the strategy to garner foreign revenue during the tourism-depressed pandemic.

But Bermuda requires little more than a $263 application fee for those who want to swap their humdrum quarantine life for a temporary-ish island adventure. By contrast, Iceland requires proof of a $7,360 (1 million Icelandic krona) monthly salary, or about $88,000 a year, and applicants must meet supplemental health insurance requirements.

The minister of justice, whose office handles work visas and entry requirements, has released limited information about the new program and the rationale behind its approach, and did not respond to a request for comment. But locals interviewed believe the goal is to foster investment without crowds – and more important, without straining the national health care system, which can easily be burdened, given the country's population of about 357,000. (The country appears to be curbing a new rash of COVID-19 cases, and has logged only 5,000 infections and 25 deaths since March.) There's also hope that, with unemployment rampant around the world, proof of income will prevent temporary residents from competing with Icelanders for local jobs.

All this may sound out of character for a country that prides itself on socialist ideals and is sensitive about its own homogeneity; Helgadottir is quick to note that the new visa regulations are likely to favor upper-class white travelers from the U.S., Canada, Australia and New Zealand. But this may be the Iceland of the future: less focused on catering to the masses and happier to offer luxury tourism to the few.

In 2018, after a decade of fast-paced tourism growth, Iceland counted 2.3 million visitors, with international arrivals outnumbering the local population seven to one. Nobody expected that for much of 2020, the only outbound flights would be carrying fish exports.

That extreme shift from over-tourism to under-tourism – visitor numbers dropped by 79%, even after travel resumed within Europe's Schengen Area over the summer – has meant temporary devastation for many local businesses. But as in Venice, Thailand and Amsterdam, three traditionally overcrowded destinations, there have been benefits to the down time. Iceland will try to preserve them.

Einar Saemundsen, the director of Thingvellir National Park, says he's seen the regrowth of delicate mosses and lichen that brighten black-rock lava fields, and glacial fissures self-purifying with fresh infusions of icy runoff. The renaissance may stick around, he says, if park managers can reduce the density of visitors. One idea in discussion is pivoting away from parking passes that allow entire busloads of visitors to flow in, and charging per-person admission fees instead.

Lower-volume hotel projects in uncrowded areas are in the works, too. The success of Iceland's first two luxury lodges, the Eleven Experiences-run heli-skiing property Deplar Farm and the wellness-focused Retreat at Blue Lagoon, where rates start at $2,000 per night, have shown that five-star developments can thrive, even in a country that's more popular with weekenders than resort junkies.

Already, 2020 has welcomed the Bubble Hotel, with 18 dome-like structures strewn in secret, remote locations throughout the country – some in forests, some along the coast, and others in the Northern Lights domain of the Golden Circle.

Up next is a sprawling resort from Six Senses, surrounded by a shelf of waterfall-ridden mountains on the island's southeastern coast, in a little-explored corner of Viking country called Ossura Valley. When it opens in 2022, it'll comprise 70 rooms and a handful of private cottages spread out across 4,000 acres – making for more horses and wild animals than human footprints. Plus, it aims to be carbon neutral. According to Six Senses CEO Neil Jacobs, such sustainable ambitions can be realistic only when dealing with high-end travelers, home buyers and longer-staying guests.

Iceland requires proof of a $7,360 (1 million Icelandic krona) monthly salary, or about $88,000 a year, and applicants must meet supplemental health insurance requirements.