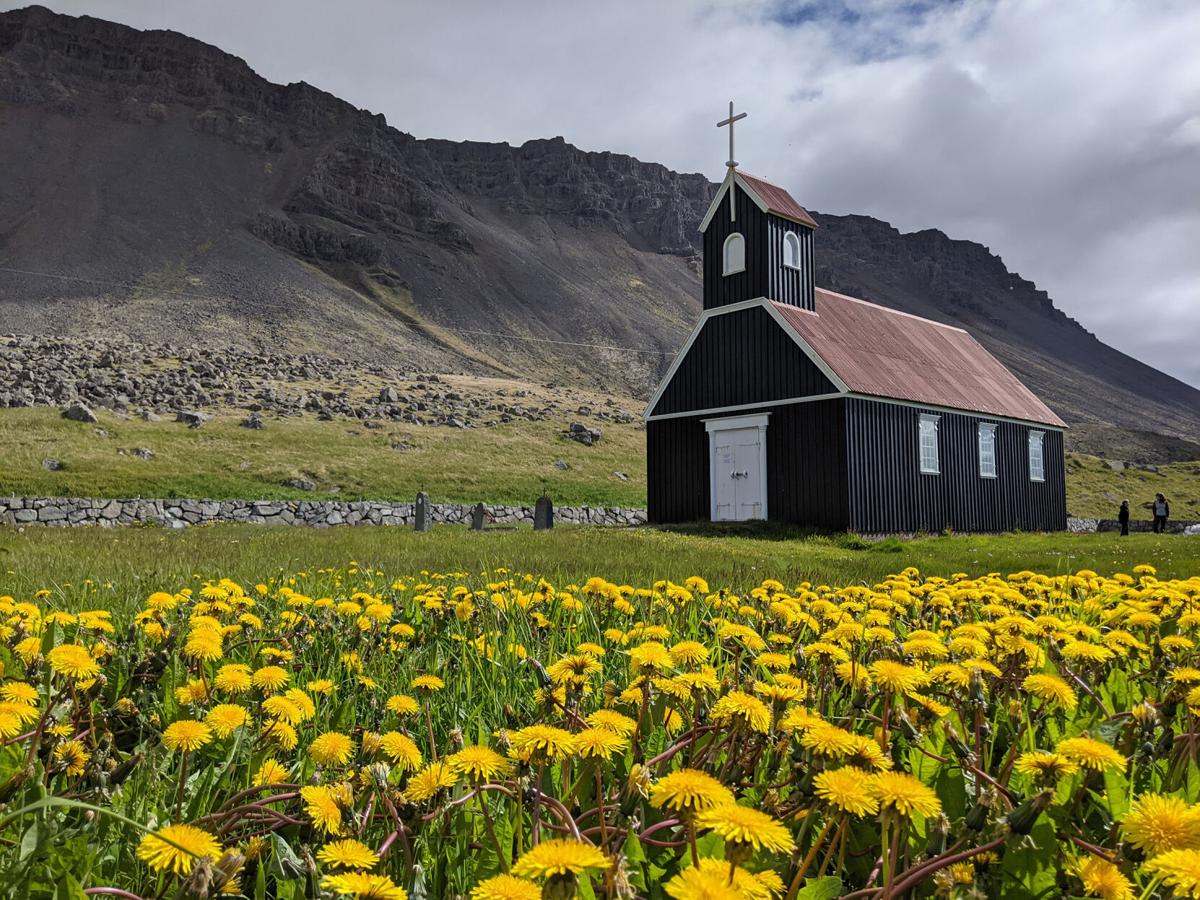 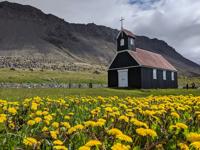 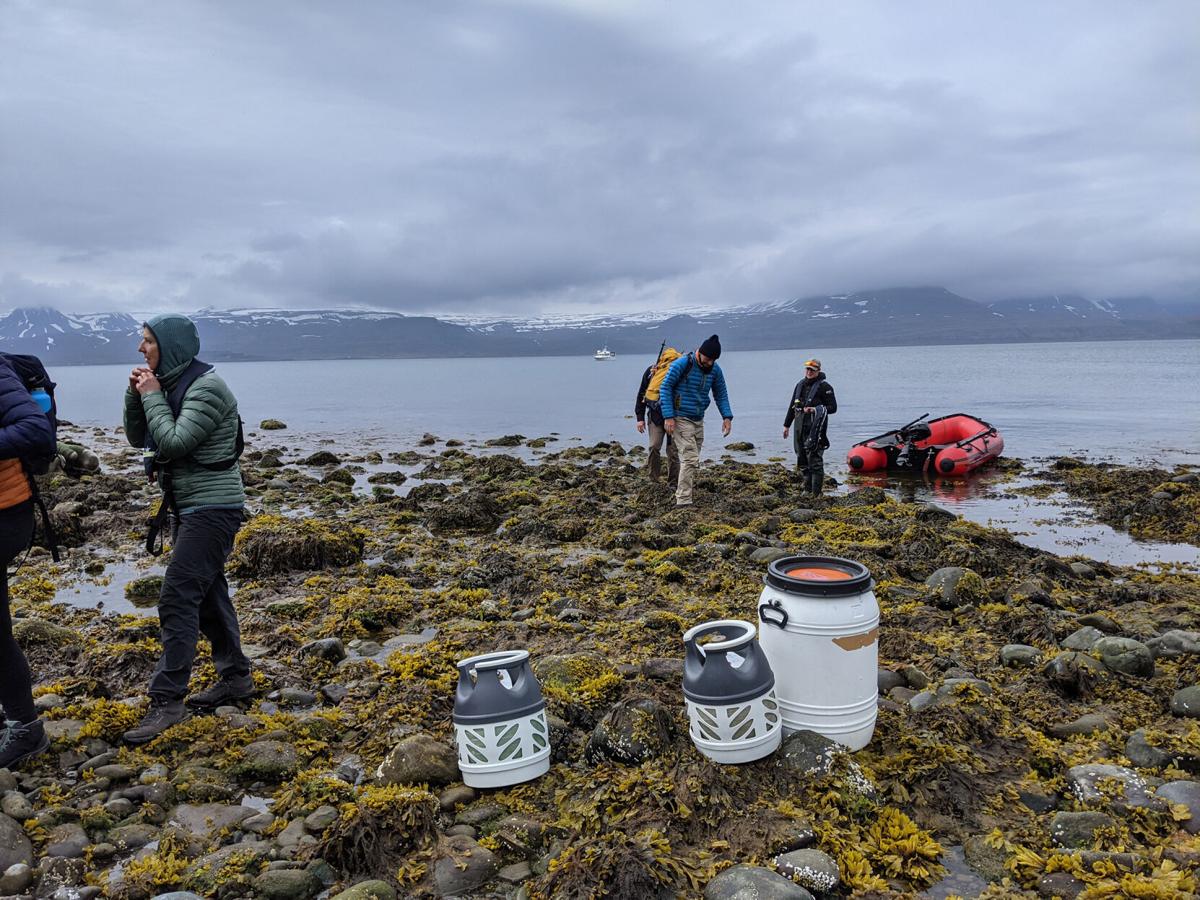 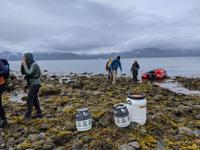 NATURE RESERVE: Uninhabited since the 1950s, the Hornstrandir Nature Reserve, a northern peninsula of Iceland's Westfjords region, is accessible only by boat. Iceland's sole native land mammal, the Arctic fox, is protected on the reserve. Jen Rose Smith/For The Washington Post 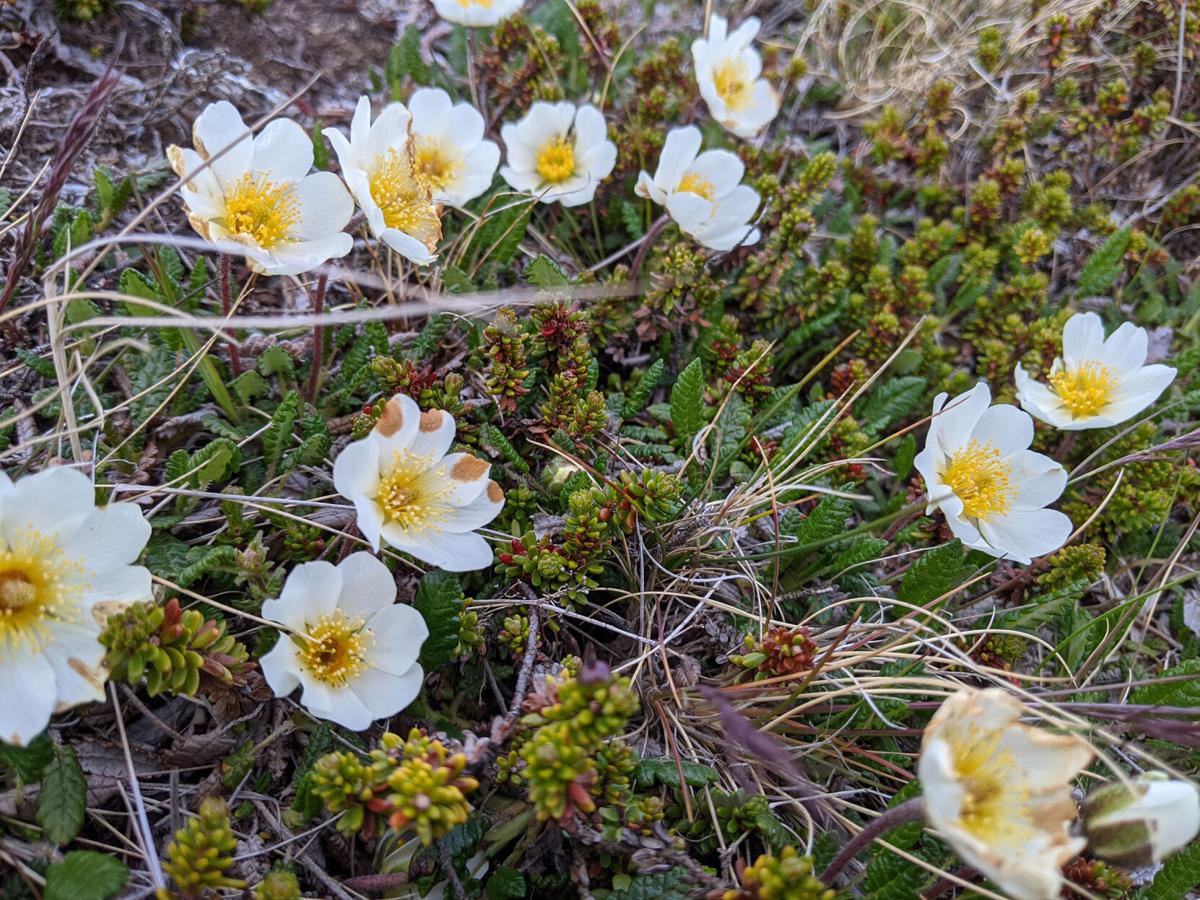 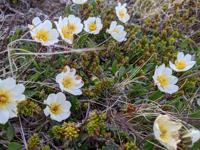 After the van's GPS flickered out, my mom kicked in: Together, we were piloting a weather-beaten camper north from Reykjavik, Iceland, toward the Westfjords, a shattered peninsula that pokes out from the country's northwest corner.

I was driving. My 71-year-old mother, who had wisely packed a giant paper map, rode shotgun in reading glasses.

"Right there!" She'd spotted the sign for Reykholar, a seaside village where we'd spend the first night of a two-week road trip.

It was also our first stop along the Vestfjardaleidin, a new 590-mile driving route through Iceland's least-visited region. The name translates to "the Westfjords way," and it leads travelers to a spectacular lineup of deep fjords, empty beaches and a roadless wilderness that is home to Arctic foxes.

We chose the Westfjords, in part, as a kind of COVID-19 compromise. Fully vaccinated, we were good with the international flight. But after months of distancing, contending with crowds didn't appeal to us. And the Westfjords is a destination for just 10% of international travelers to Iceland, said Birna Jonasdottir, product manager at Visit Westfjords, which launched the Vestfjardaleidin last fall.

Why are the Westfjords so quiet? Maybe because time is every traveler's most precious resource, nearly always in short supply. Roads through the region, many unpaved, can be impassable in winter. Even in Iceland's brief summer, it's best not to rush the fjord- and mountain-hugging curves. To reach the Westfjords, we'd have to slow down a bit.

"Everything is at a slower pace," Jonasdottir said. Slowness, she added, is also key to Westfjords culture. "We're so used to being cut off from the rest of Iceland, we have our own dynamic. The locals are quite laid-back – not stressing about things, take it as it comes."

It has fewer roads, fewer towns and fewer people. The number of Westfjords residents – 7,000-odd – is dwarfed by the number of sheep living there.

When we pulled into the campground at Reykholar, I spotted a few craggy-looking sheep grazing the meadow above the village. Geothermal pools simmered and fumed near our campsite, and birdsong lasted all through the sunlit night. It was nesting season in the far north: When I walked a one-lane road to a nearby salt factory, oystercatchers with tangerine-colored beaks squawked stay-back warnings from the grass.

If you followed Iceland's pre-pandemic tourism boom, it might seem an unexpected place to dodge other travelers. In the 2010s, tourism expanded rapidly there, bringing Instagramming crowds to beautiful – and often fragile – places with limited infrastructure to accommodate them.

Visitor numbers were so high that the travel industry website Skift coined the term "overtourism" in 2016 to describe what was happening in Iceland. The numbers kept climbing: Two years after that, the Icelandic tourism board counted 2,343,773 international arrivals in a country of 348,450 people.

"Most of Iceland, or at least the Reykjavik area, was at a stage of overtourism" before the pandemic, said Patrick Maher, dean of teaching at Nipissing University and visiting scholar at the University Center of the Westfjords, where he teaches a course on coastal tourism.

Then came the pandemic, which Maher called "a reset button" for Icelandic tourism. And while the Westfjords' tourism board developed the Vestfjardaleidin in hopes of attracting travelers to its region, it is determined to learn from southern Iceland's pre-pandemic excesses.

"Making sure nature is good – and isn't harmed in any way – is a high priority for everyone working on this," Jonasdottir said. "We haven't been focusing on mass tourism. ... We don't want to be hit with a flood of people and not be ready to welcome them."

At least at the red-sand Raudasandur beach – a starring attraction along the Vestfjardaleidin – basking gray seals outnumbered visitors by a sizable margin. A few vans were circled at the beachside campground, where a shop sold basic supplies and hand-knit sweaters made with wool from nearby farms.

Such efforts speak to tourism's double-edged effect. In pre-pandemic Reykjavik, short-term rentals such as Airbnbs had made the housing market impossible for locals. But tourism can also bring income to places with few employment options; some in the Westfjords say tourism development could help with the region's basic infrastructure needs.

"We're actually hoping that more tourists will mean more paved roads," said tour guide Julia Kyek, who works for Westfjords Adventures in the fishing village of Patreksfjordur. We'd left the van parked for a day, joining her for a day of birding.

Easing a truck through hairpin turns, Kyek described storms when snow-blind plow drivers use GPS to uncover buried roadways. Until last October, when the 3.5-mile Dyrafjardargong tunnel was completed, the main road that links the northern and southern parts of the Westfjords was closed for much the winter.

Wind gusts shook the truck as Kyek drove us along the bumpy, rutted road to the Latrabjarg cliffs, an almost nine-mile band of layered basalt cliffs that are a globally important nesting place for sea birds. There, puffins jutted their bright orange beaks above the grassy edge. Using beaks and feet like garden tools, they dig honeycomb burrows into the cliffs themselves, returning each spring for nesting season.

As we walked along the cliff, gray and white kittiwakes clamored below us, darting up above the lip on powerful updrafts. A photographer in a camouflage poncho hunkered over a lens trained on the nesting birds. Just a handful of cars were parked in the gravel lot.

Kyek, who spends her days off helping on friends' sheep farms, said her outing with us was one of just two guiding gigs she had that week. Far below, waves hammered against the rocks. On a clear day, Kyek said, some insist you can see the Greenland coast from here. Other locals are equally sure that's impossible.

While we were camping fjord-side in the village of Bildudalur that night, our van shook in the buffeting wind. It howled even harder the following day, as we continued through the Vestfjardaleidin's most rugged segment, driving up and over the unpaved mountain pass Dynjandisheidi. Gusts swept down surrounding peaks and across the road.

Those hoping tourists mean road money may get their wish. More tunnels are rumored to be in the works, bypassing mountain roads such as this one. Jonasdottir told me that the region hopes to pave all main routes by the end of 2022.

But strict regulations mean some parts of the Westfjords will be protected from development well into the future.

Roadless and uninhabited since the 1950s, the Hornstrandir Nature Reserve is one such place. It's a haven for pointy-eared Arctic foxes, Iceland's sole native land mammal, which are fair game for hunters and farmers elsewhere in the country. Hornstrandir, on a peninsula, can only be reached by boat. We hopped the ferry from Isafjordur, which turned out to be a speed boat sheathed in weatherproof plastic.

After landing on a small beach at the mouth of a snow-fed river, we spent the day wandering meadows surrounding an abandoned sheep farm that's now an off-the-grid lodge. We walked to the edge of a snowfield and wandered between the few, weather-stunted trees. Keyed up on our hopes of fox-spotting, we jumped at every passing shadow.

No foxes appeared. Later that day, I learned a whale-watching trip we'd planned was called off because of high winds.

I was, perhaps, a little pleased by all this. I like remote and wild places, and I don't wish to see their edges buffed away. Between theatrical weather and shy foxes, the Westfjords did not disappoint.

The next day found us windblown but happy, steering back south, tracing fjord after fjord on the final leg of the Vestfjardaleidin. Our van's GPS navigation was still a spinning, useless wheel; our windows were caked with dust and grime. I gripped our map, now folded and creased.

"Whales!" I yelled, startling my mom onto the road's shoulder. We walked onto a bluff padded in low-growing crowberry and Arctic thyme. Below us, the surface of the fjord, Skotufjordur, was erupting in joyful, foaming spouts.

Sprawled across the plants, we trained binoculars on a pod of humpback whales that had entered the fjord, counting the flukes of three, four, more. We lay there until the whales left us behind, swimming once again toward the mouth of the Greenland Sea.

The scent of crushed thyme rose up from the ground. When we pulled back onto the road, there was no one in sight.