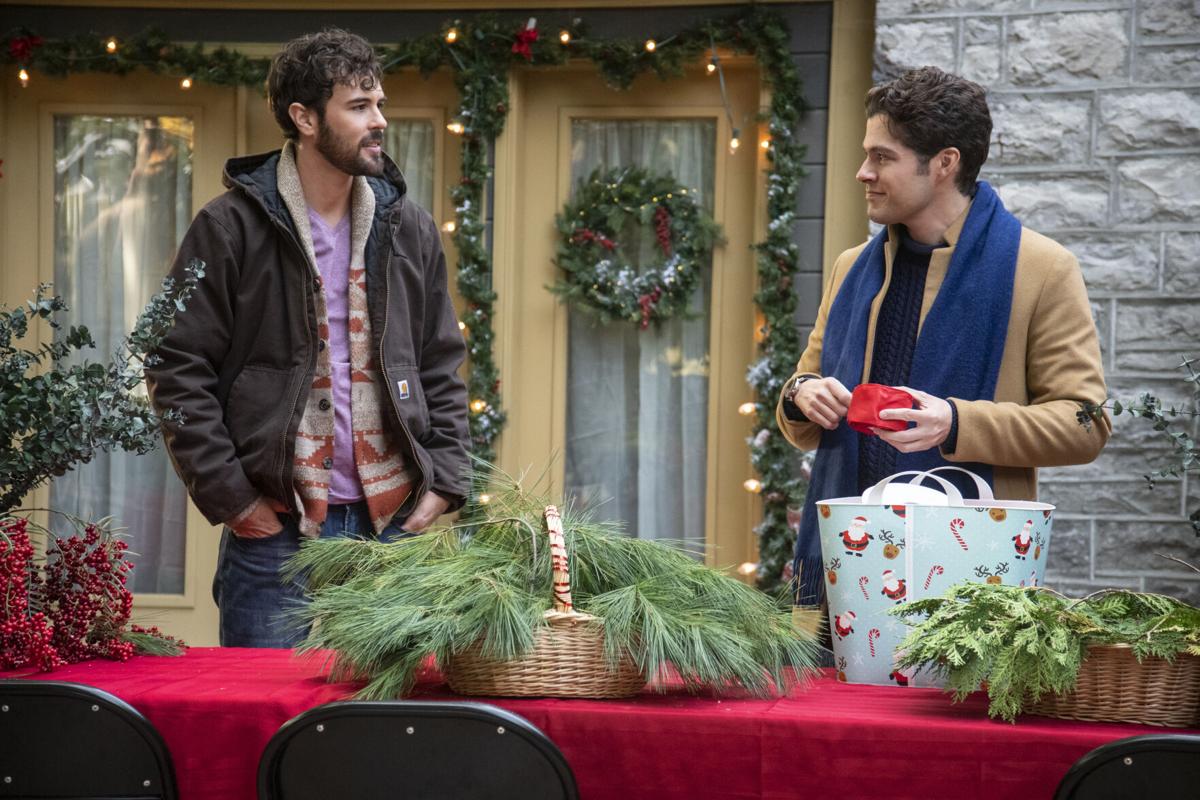 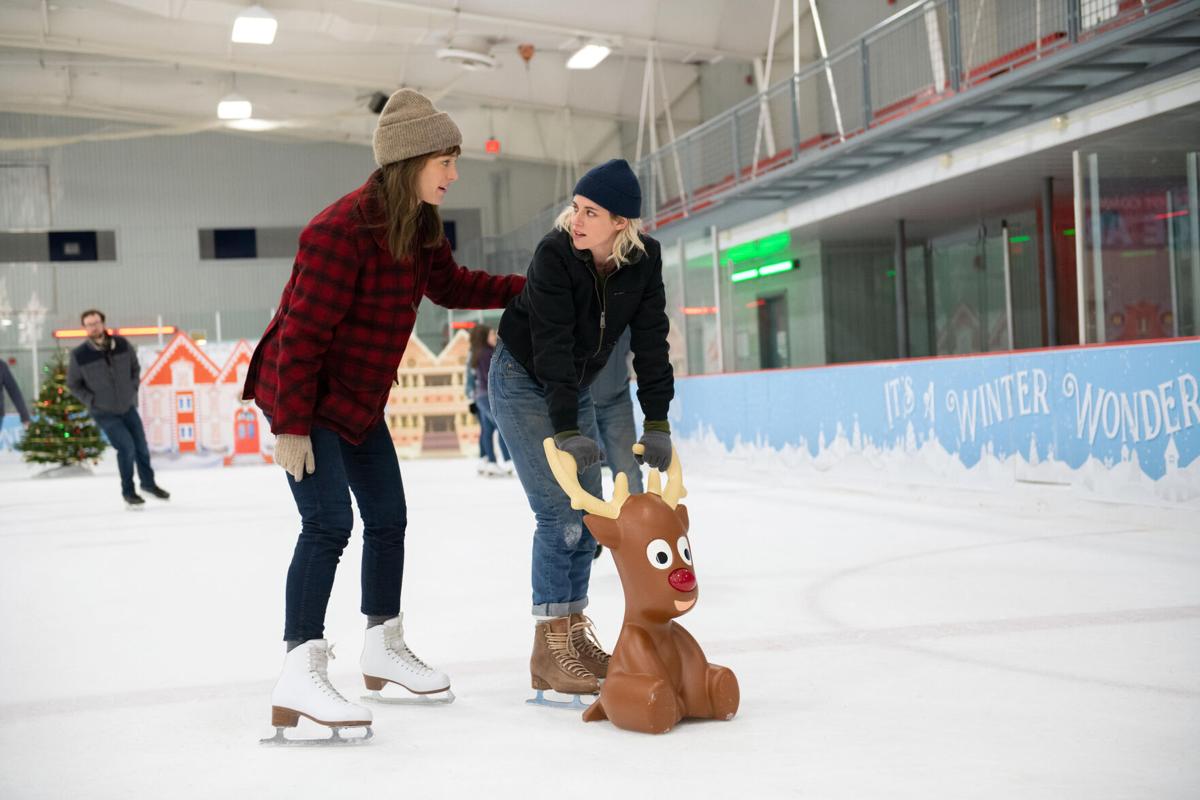 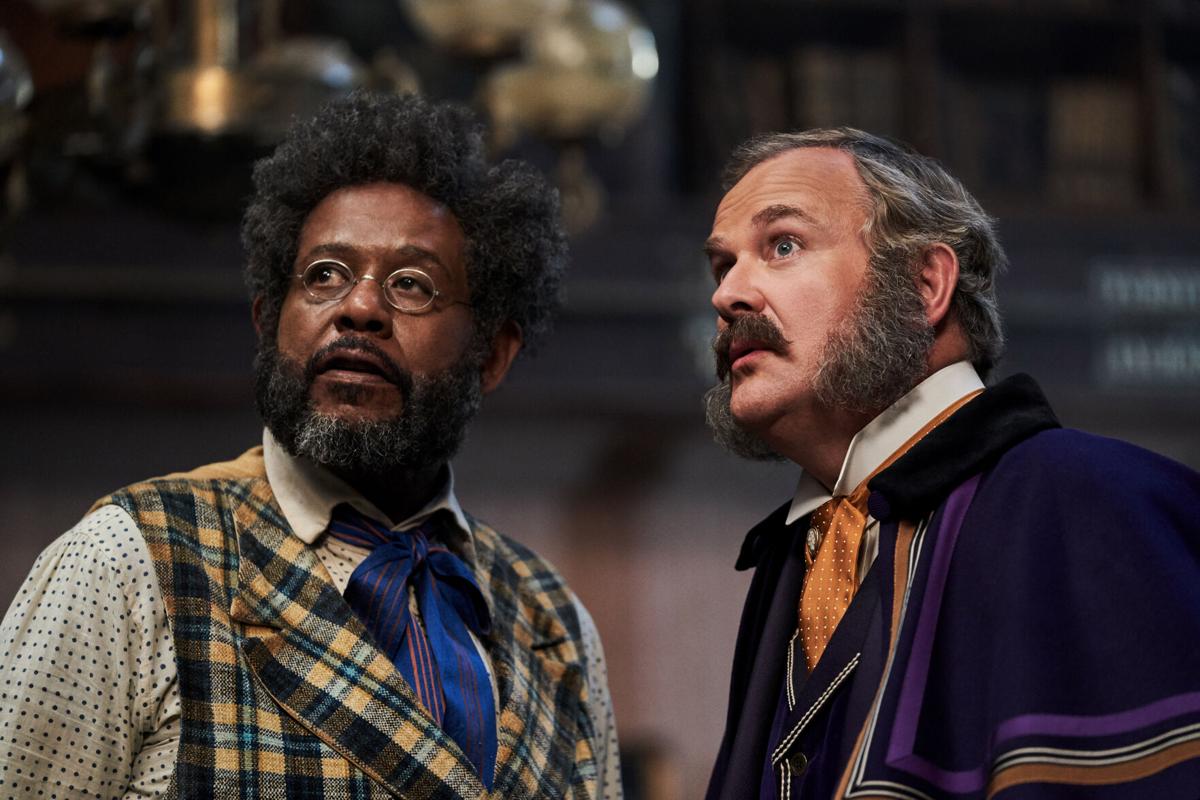 The holidays were never going to feel normal in a pandemic, and with health officials warning against travel, it seems one of the most responsible ways to spend them might be sitting on a couch with a warm drink in hand, munching on popcorn while watching some mindlessly comforting TV movies.

Luckily, the annual barrage of ugly sweaters and eggnog-fueled drama has already commenced, with some of the earliest contenders hitting streaming platforms in late October - Halloween be damned. Big Christmas knows no bounds, and not even an airborne virus can stop Hallmark, Lifetime and Netflix from churning out dozens of movies this holiday season. This year, even more than most, we are so grateful.

Choosing from those movies can be a surprisingly daunting task, so we've narrowed the field down to several options available on networks and streaming services. (This list is subjective, of course, so feel free to suggest your favorite new releases in the comments if your heart so desires.) Happy watching!

• "Dolly Parton's Christmas on the Square"

You know we had to start with this one. Not only does the musical boast a star-studded cast - joining Parton are Christine Baranski, Jenifer Lewis and Treat Williams, among others - but it was directed, choreographed and produced by another Hollywood icon, Debbie Allen. Parton wrote 14 songs for the film, which stars Baranski as a modern Scrooge who plans to sell her hometown's land to a mall developer. Streaming now.

Speaking of Scrooges, this movie stars Emma Roberts as a woman who seems to hate everything, including spending the holidays with family members obsessed with finding her a partner. She meets Luke Bracey's character at the mall - one of the holiest places to spend Christmas, second only to churches - and they create a doomed arrangement to platonically spend holidays together from then on. Streaming now.

In addition to being an addictive snack mix at Trader Joe's and an actual drug in "Riverdale," "Jingle Jangle" is now the name of a wacky musical starring Forest Whitaker as a toymaker whose granddaughter (Madalen Mills) aims to lift his low spirits years after his apprentice (Keegan Michael-Key) betrays him. The film also features Anika Noni Rose and Ricky Martin, along with original music from John Legend. Streaming now.

Two years after Vanessa Hudgens played a Chicago baker and the European duchess with whom she switches places at Christmastime, the actress reprises the double role - and tacks on a third, as the duchess's evil cousin who tries to steal her throne. Fingers crossed we get four Vanessas next time. Streaming now.

For Kurt Russell, the "Christmas Chronicles" movies, which star Darby Camp as a kid who helps Santa Claus save the day, are a family affair - stepson Oliver Hudson appeared in the first, while wife Goldie Hawn plays Mrs. Claus in the sequel, marking the couple's first time on screen together since 1987's "Overboard." Russell recently compared the Netflix film's script to "The Passion of the Christ." Streaming now.

Aaron Tveit - the only actor to earn a Tony nomination for his lead performance in a musical this year - plays a prince staying at a Connecticut inn run by the family of a lovely young woman (Laura Osnes) who, of course, is unaware of his royal status. This is the film to watch for Broadway fans, as it also stars Victoria Clark, Krystal Joy Brown and Tom McGowan. Premiered Oct. 31.

Jonathan Bennett, who you may recognize as Aaron Samuels from "Mean Girls" even without his hair pushed back, stars opposite Brad Harder in Hallmark's first holiday movie to feature a gay couple. In the film, Bennett and Harder's characters await a phone call regarding the adoption of their first child. Premiered Nov. 22.

• "If I Only Had Christmas"

Candace Cameron Bure plays a bubbly publicist who teams up with a grumpy businessman (Warren Christie) to help a charity and, presumably, spread holiday cheer. Bure isn't the only "Full House" alum to frequent Hallmark movies, though the other might not have much of a future there anymore. Premieres Nov. 29.

The Mowry sisters returned to households across the country when "Sister Sister" hit Netflix earlier this year, and Tamera Mowry-Housley is extending that presence into the holiday season. In "Christmas Comes Twice," she plays an astrophysicist who rides a carousel in her hometown that somehow transports her back to five years ago, where she re-connects with her now-dead science teacher (Sheryl Lee Ralph) and frenemy-turned-love-interest (Michael Xavier). A Mowry time-traveling! What's not to love? Premieres Dec. 13.

This bizarrely named movie has a strange plot to match: A restaurant owner (Mia Kirshner) takes a DNA test that reveals she is Jewish, and she somehow discovers a new family as a result. This movie also stars Ben Savage and should have been called "Woman Meets Judaism." Premieres Dec. 20.

Tiffany Haddish produced this movie about a reporter (Amber Stevens West) who investigates an attractive man (Marco Grazzini) when he insists the gifts he gives out are actually from Santa Claus. She might not earn a Pulitzer, but she does learn the meaning of Christmas along the way. Streaming now.

Did that new "Saved by the Bell" leave you wanting some more Mario Lopez? The actor returns to high school in "Feliz NaviDAD" (cringe) as a widowed principal whose daughter and sister try to boost his spirits with an online dating profile. A pretty musician (AnnaLynne McCord) swipes right. Streaming now.

This extremely '90s movie stars Melissa Joan Hart as the host of a podcast about holiday romances who has tragically never experienced one of her own - that is, until she meets a local firefighter (Jason Priestley) before heading out on a book tour. Robin Givens is also part of the cast. Premieres Nov. 27.

• "A Sugar and Spice Holiday"

Written and directed by Asian women (Eirene Donohue and Jennifer Liao), this movie follows a Chinese American architect (Jacky Lai) who draws on her cultural background to, as Lifetime phrases it, "spice up" a gingerbread-house competition in her hometown. Tony Giroux and Tzi Ma, Hollywood's go-to Asian dad, also star. Premieres Dec. 13.

Kristen Stewart stars in this queer rom-com as a woman who accompanies her girlfriend, Harper (Mackenzie Davis), to her family home, only to learn Harper hasn't come out to her parents yet. The film was co-written and directed by Clea DuVall and stars Dan Levy ("Schitt's Creek") as Stewart's best friend. Streaming now.