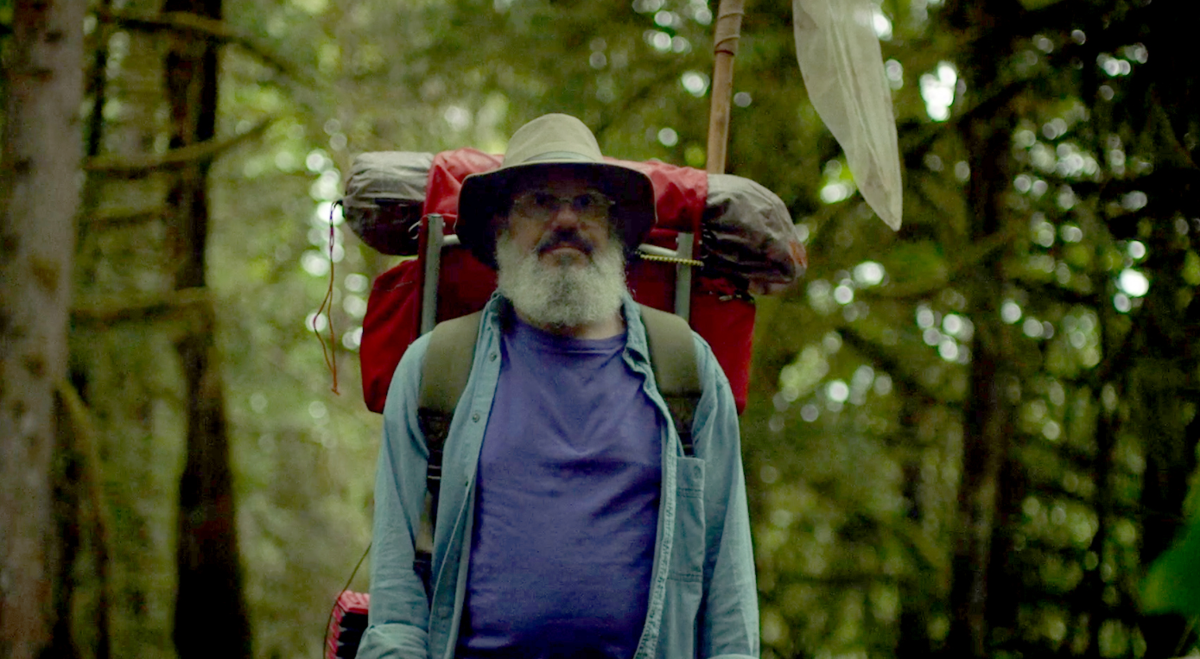 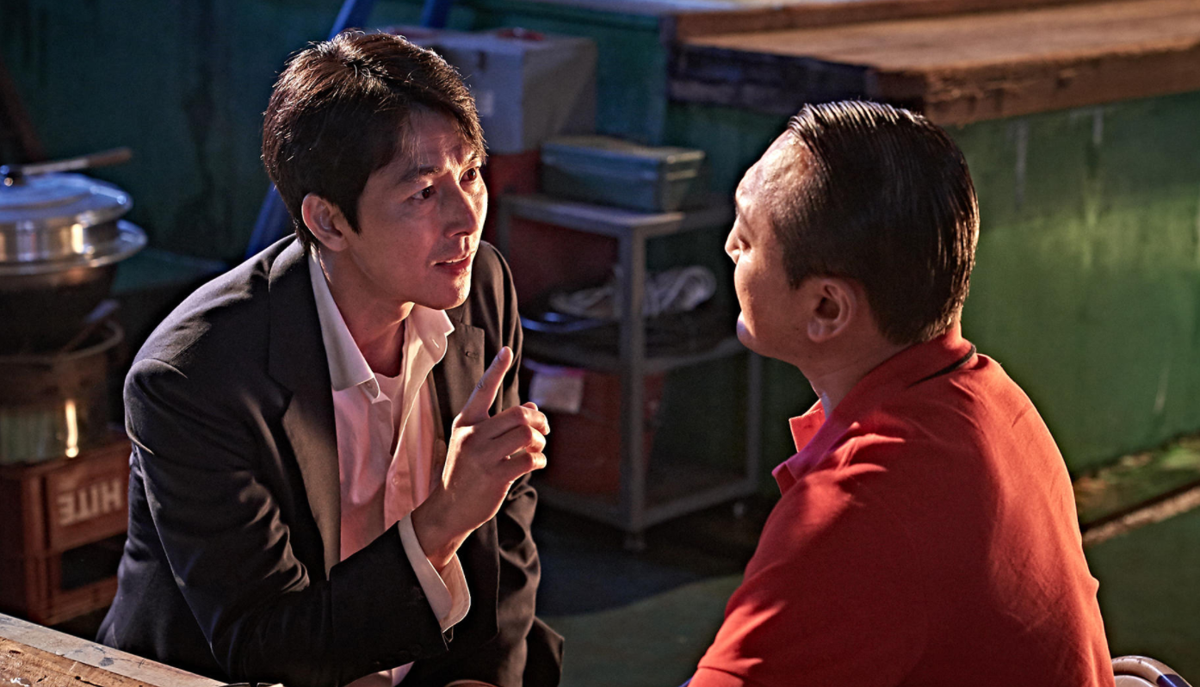 A scene from the Korean thriller "Beasts Clawing at Straws." Artsploitation Films 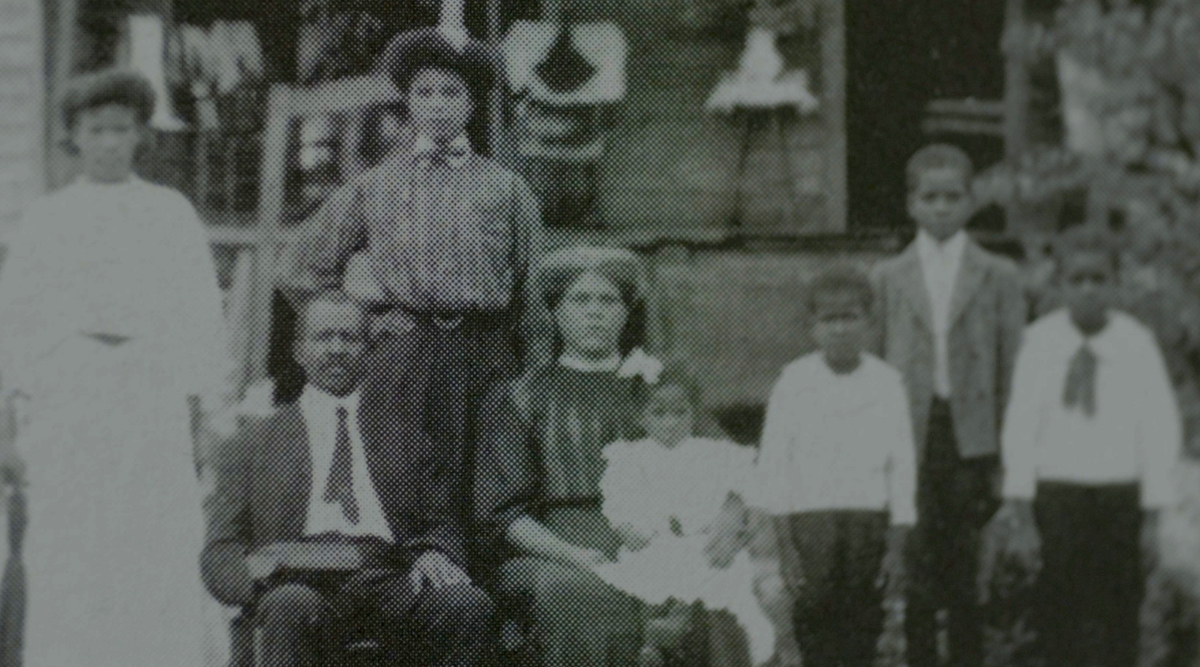 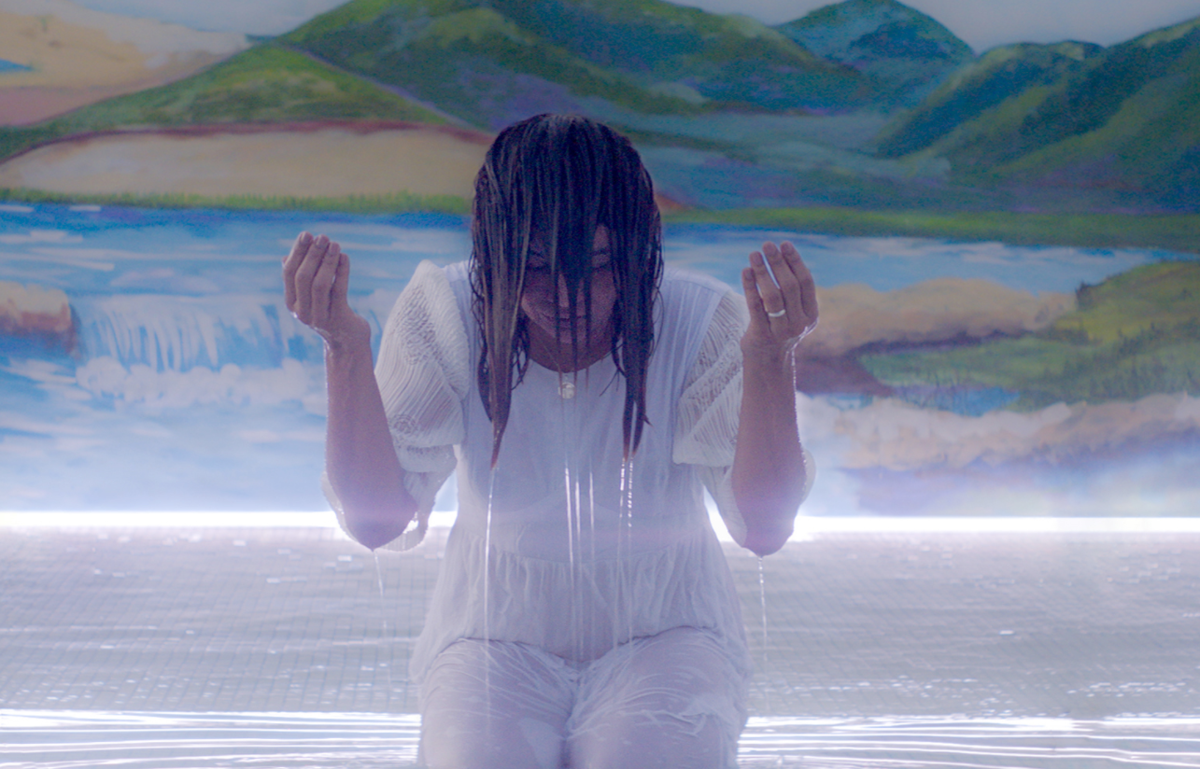 A scene from the Korean thriller "Beasts Clawing at Straws." Artsploitation Films

The first film produced by REI Co-Op Studios, an offshoot of the outdoor sporting goods chain, "The Dark Divide" is a drama based on lepidopterist Robert M. Pyle's 1995 memoir "Where Bigfoot Walks: Crossing the Dark Divide." Starring a nicely subdued David Cross as Robert, the story jumps back and forth between the naive and nerdy protagonist's expedition in Washington State's Gifford Pinchot National Forest - where he is ill equipped to deal with bears, caves and lighting fires - and earlier scenes featuring his cancer-stricken wife (Debra Messing), whose death ultimately precipitates the trip. There are a few instances of comedic mishaps - as well as lots of introspection, gorgeous cinematography and yes, near encounters with Bigfoot - but mostly it's a subtly told tale of emotional healing. After encountering a group of people in the woods one day, Robert shares that his hope is that nature might help him move on with his life. "Maybe you should start looking to yourself for the answers," a Native American woman (Kimberly Guerrero) tells him, articulating, in that one line of dialogue, the quiet message of the film. Unrated. Available on various streaming platforms. Contains strong language, nudity and some mature thematic material. 107 minutes.

"Beasts Clawing at Straws" is a Korean neo-noir thriller about a group of ne'er-do-wells in hot pursuit of a Louis Vuitton bag filled with cash. Although the action may be over the top, according to Variety, "Luckily the actors have enough verve to carry it through to the enjoyably open-ended finale." Unrated. Available at afisilver.afi.com. In Korean with subtitles. 109 minutes.

The documentary short "Crawford: The Man the South Forgot" follows Dora Dee Johnson as she retraces the final days in the life of her great-great-grandfather, Anthony Crawford, a prosperous Black cotton farmer. His success caused anger and envy among some White citizens of his South Carolina hometown, resulting in a tragic demise that affected his family for generations. Unrated. Available at kweli.tv. 26 minutes.

Directed by the Brazilian filmmaker Gabriel Mascaro, known for the sensual "August Winds" and "Neon Bull," "Divine Love" is a romance set in a dystopian future. The Hollywood Reporter writes: "Again gorgeously shot and produced, impressively acted and with a lot of fascinating things on its mind, this is yet further proof that the 35-year-old Mascaro is one of the most audacious and gifted filmmakers of his generation." Unrated. Available at afisilver.afi.com. Area theaters. In Portuguese with subtitles. 101 minutes.

Inspired by actual events, and starring Michael Shannon, Alex Pettyfer and Patrick Schwarzenegger, "Echo Boomers" is the feature debut of 28-years-old Seth Savoy. The crime drama about college students who break into homes to pay for school is, according to Flickering Myth, an "exposition-heavy bore that quickly loses sight of its millennial plight, winding up a generic stealing-from-the-rich heist flick." R. Available on various streaming platforms. Contains drug use and pervasive crude language. 94 minutes.

Co-directed by Werner Herzog and Clive Oppenheimer ("Encounters at the End of the World"), the documentary "Fireball: Visitors From Darker Worlds " examines how shooting stars, meteorites and deep impacts have captured the human imagination. Slant magazine writes: "Herzog has always had a keen eye for remote places, and 'Fireball' lets him visit his fair share of them. As ever, his assessments are delivered in his trademark Teutonic deadpan." Unrated. Available on Apple TV Plus. 97 minutes.

In "Jingle Jangle: A Christmas Journey," a toymaker (Forest Whitaker) and his granddaughter (Madalen Mills) invent a magical device that could change their lives forever. Slant magazine says: "Over a holiday season in which Black girls will be able to count down, for the first time, to the day a vice president who looks like them takes the oath of office, the greatest gift that 'Jingle Jangle' offers is an empowering world that looks less like invention and more like real life." PG. Available on Netflix. Contains some mature thematic elements and peril. 119 minutes.

Directed by Max Winkler (son of actor Henry Winkler), "Jungleland" tells the story of two boxing brothers (Charlie Hunnam and Jack O'Connell) in pursuit of the American Dream. "The sweaty cliches enacted along the way are uniformly tired and ultimately offensive," according to the New York Times. "A love scene near the movie's finale, Winkler's vision of sex among the underclass, is a caricature that could comfortably fit in the new 'Borat' movie." R. Available on various streaming platforms. Contains pervasive coarse language, some sexuality, violence and nudity. 90 minutes.

In "Monsoon," Henry Golding plays a man who returns to Vietnam for the first time since he and his family fled Ho Chi Minh City when he was 6 years old. Unlike some American movies about the aftermath of the Vietnam War that overlook the experiences of Vietnamese people, the Guardian says that the film "addresses those ideas more directly, and engages with their stories. Its intelligence is a tonic." Unrated. Available at afisilver.afi.com and virtualavalon.org. In English and Vietnamese with subtitles. 85 minutes.

Filmed over five years, the documentary "Transhood" follows four transgender young people and their families. According to Variety, the film "excels in fine-grained, day-on-day domestic observation. But it's intelligently attuned, too, to larger sociopolitical changes in the wind, for better and for worse, as it notes just how much can change - in a person, in a family, in a country - in five years." TV-14. Available on HBO and HBO Max. 97 minutes.

"Queen of Hearts: Audrey Flack" is documentary portrait of the 88-year-old artist, whose work has evolved from abstract expressionism to photorealism. Unrated. Available at afisilver.afi.com. 75 minutes.