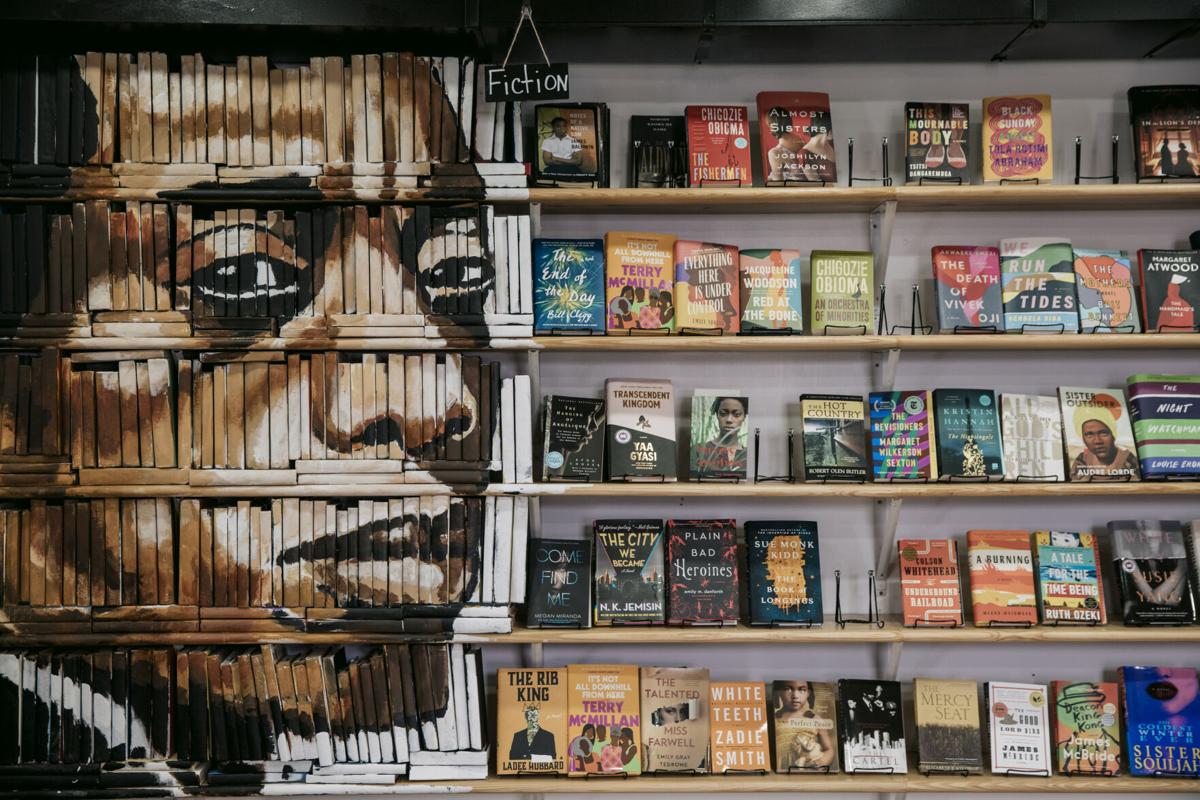 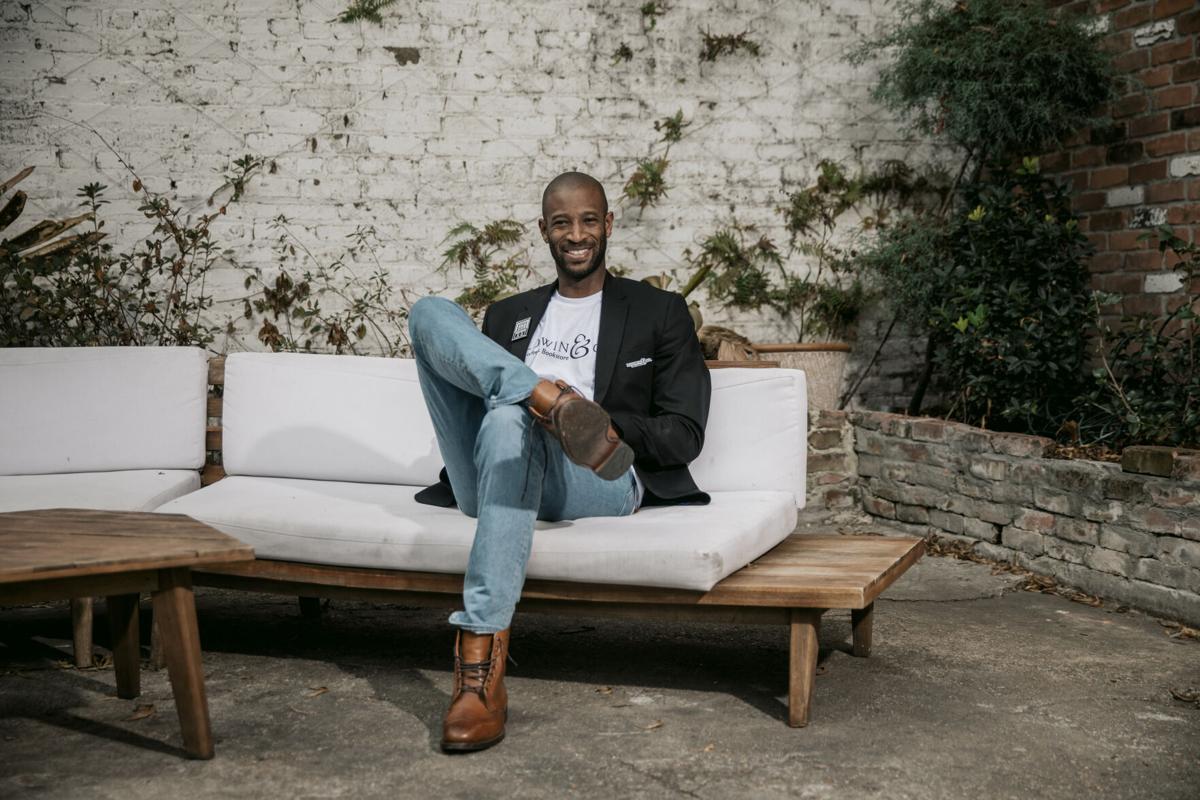 JOHNSON: Owner DJ Johnson, who grew up in New Orleans, sits in the courtyard at Baldwin & Co. William Widmer/For The Washington Post 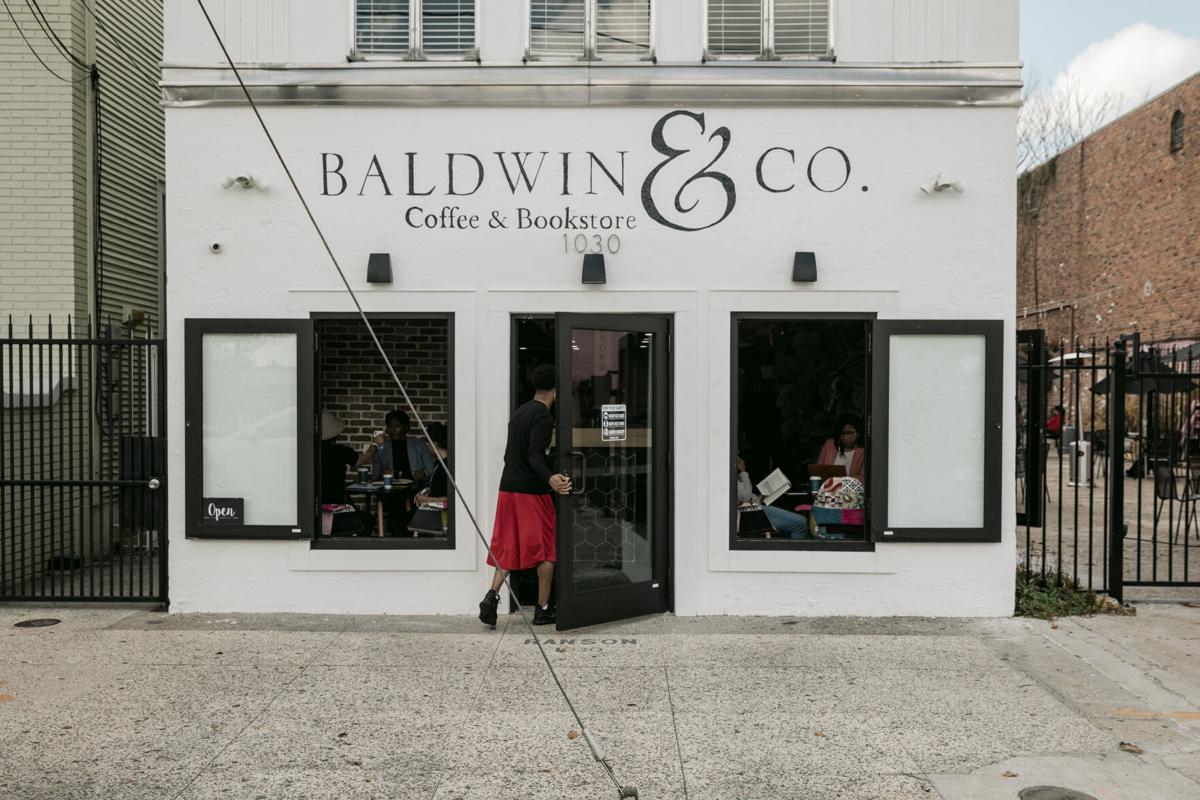 THE MARIGNY: Baldwin & Co. is in the artsy Marigny neighborhood of New Orleans. William Widmer/For The Washington Post

JOHNSON: Owner DJ Johnson, who grew up in New Orleans, sits in the courtyard at Baldwin & Co. William Widmer/For The Washington Post

THE MARIGNY: Baldwin & Co. is in the artsy Marigny neighborhood of New Orleans. William Widmer/For The Washington Post

Three days after its grand opening, Baldwin & Co., a Black-owned bookstore in New Orleans, was bustling. Masked visitors paused to snap photos of the exterior, lined up to order coffee and quiches, and scoped out tables to set up laptops in a spacious, open-air courtyard. Rows of front-facing books lined the bookshelves, and a glass-walled podcast studio sat at the back of the store.

DJ Johnson, the founder and owner of Baldwin & Co., was behind the counter, taking coffee orders and greeting people as they came inside. Wearing black blazer over a T-shirt that read "Great Books, Great Coffee, Great People," Johnson was busy, barely having time to pause for lunch.

"We've sold out of books three times," Johnson said. "I can't keep them on the shelf."

It's not a bad problem to have for a business owner opening his doors a year into the coronavirus pandemic and on the heels of a tourist-less Mardi Gras season. Last year, New Orleans emerged as a coronavirus hotspot after Carnival season, shutting down the city and grinding tourism to a halt.

A report from the World Economic Forum shows New Orleans small businesses are closing at a rate nearly double that of the national median – a bleak outlook for a city brimming with independent bars, restaurants, shops and hotels.

This isn't Johnson's first foray into the New Orleans entrepreneurial world. In late 2019, Johnson, a New Orleans native, bought several properties in the Marigny, an artsy neighborhood known for its jazz clubs on the edge of the French Quarter. He converted one property into NOLA Art Bar, a bar, restaurant and gallery that sells work from local street artists. The space opened six weeks before the city shut down in March 2020.

The brutal timing affected Johnson's construction of Baldwin & Co. He said he put every penny that wasn't going toward living expenses into the bookstore and coffee shop – a project that had long been a passion of his.

The importance of reading was ingrained in Johnson and his six siblings from a young age. He grew up a few blocks from Baldwin & Co., and both of his parents are avid readers. They encouraged their children to read books by Black authors.

"I grew up in a house with books like the 'Mis-Education of the Negro' by Carter G. Woodson and the autobiography of Malcolm X, Dick Gregory books, James Baldwin's 'Go Tell It On The Mountain,' 'If Beale Street Could Talk,' 'Notes of A Native Son,'" Johnson said. Baldwin became one of his favorite authors, and many years later, he would serve as the inspiration behind Baldwin & Co.

Johnson commissioned a local street artist named Jay Mckay to create two murals for the shop: one of Baldwin, painted on the spines of books, and another of Langston Hughes and one of his poems, displayed above a sitting area.

"I want to promote interpersonal communication," Johnson said. "I know it's COVID right now so it's hard ... but at some point I would love to get back to people sitting down and choosing face-to-face over FaceTime and choosing a book over a remote control."

Johnson is not alone in his desire to bring people together again. Hotels, bars, restaurants, shops and music venues are the backbone of New Orleans' economy. The drastic decrease in visitors has cost the hospitality industry nearly $120 to $130 million per week, estimates Kelly Schulz, a spokeswoman for New Orleans and Co., a local marketing agency.

Oscar Rainey is the board chair of the New Orleans Multicultural Tourism Network, which supports and promotes Black and minority-owned small businesses across the city – many of which have been hit hardest by COVID-19 closures. He pointed out that the economic impact of COVID-19 goes beyond Mardi Gras, since all festivals that bring in tourism dollars – such as Essence Fest and Jazz Fest – are canceled or will be held virtually. Additionally, cruise ships are unlikely to return to New Orleans in 2021.

Though Rainey agrees with Cantrell's decision to cancel this year's festivities, he wants to see the city government jump into action once it's safe to do so.

"I believe that the city has to come up with a very aggressive marketing plan, informing people that the city is open, in addition to locally promoting staycations and also sending the collaborative message of supporting local businesses," he said.

Driving community support is a goal of Johnson's as well. He said he was concerned whether locals would patronize NOLA Art Bar after the city shut down in March 2020, but he was pleased by how committed residents were to supporting local businesses.

At Baldwin & Co., Johnson eventually wants to host author events, book clubs and after-school programs, mentorship programs, a podcast on education and literacy, and a chess night, born from his love of the game. Expanding to multiple locations is also on his radar.

"The conception behind this and how this all came about was just wanting a space to provide kids with a community hub," Johnson said.

For now, people can support the store by purchasing books through Bookshop.org, a website that helps boost sales for independent bookstores, and buying gift cards and merchandise, coming soon to an online store. Johnson said he eventually wants Baldwin & Co. to become a must-visit destination in New Orleans – a goal that seems well within reach given the bookstore's aesthetic appeal and initial success.

"This is just a dream come true to have something like this, being a neighborhood kid walking these streets every day, growing up with such dire challenges as a kid in New Orleans," Johnson said. "To really have a place that people would call a tourist destination – that would be phenomenal."