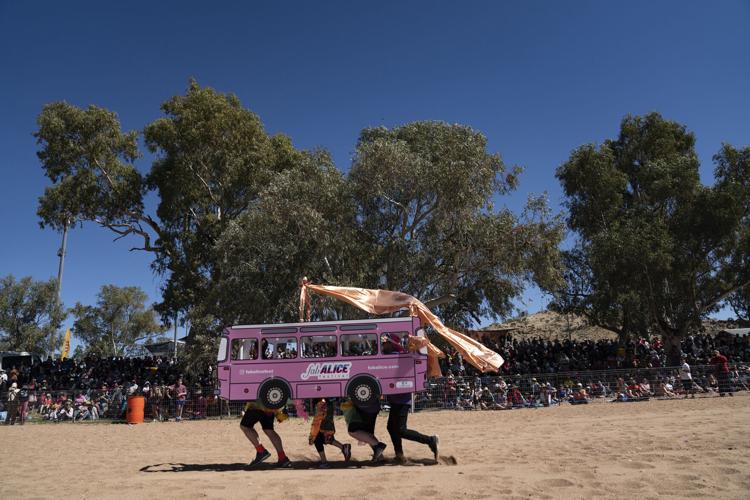 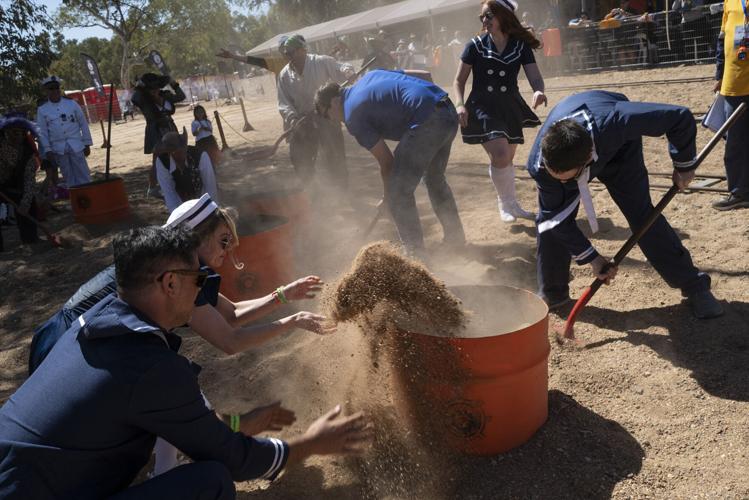 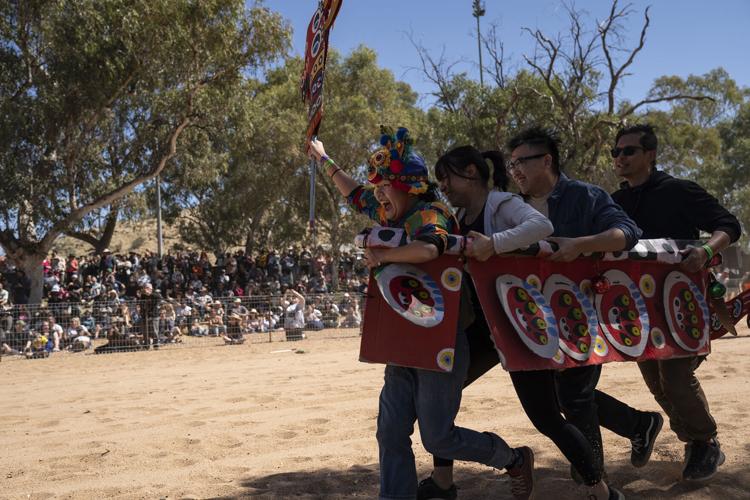 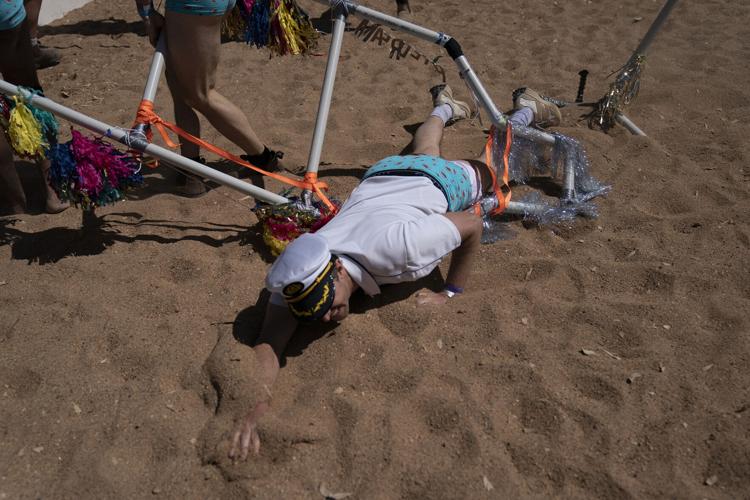 AGONY OF DEFEAT: Part of the agony of defeat on display at the Henley-on-Todd Regatta, on Aug. 20, 2022, in Alice Springs, Australia. Michael Robinson Chavez/The Washington Post

AGONY OF DEFEAT: Part of the agony of defeat on display at the Henley-on-Todd Regatta, on Aug. 20, 2022, in Alice Springs, Australia. Michael Robinson Chavez/The Washington Post

ALICE SPRINGS, Australia — For 60 years, Australians have gathered in the Outback town of Alice Springs to cheer on one of the oddest events on the planet: a dry river race called the Henley-on-Todd Regatta.

The name is a not-so-regal knockoff of an annual royal river boat race hosted by the British town of Henley-on-Thames. The Australians' competition takes place in the waterless Todd River.

"They only have sculling," Peter Mostran, the dry regatta's "commodore," said of the more staid British version. "We have everything."

The idea was hatched over a few beers in 1962 to raise money for local Rotary Clubs. Since then, it's grown into an all-day spectacle that draws a few thousand tourists from across the country and the globe.

The festivities begin with a parade down the main street, followed by sand-shoveling competitions and equally absurd races. But the highlight is always the final "battle of the boats," in which three teams - the pirates, the Vikings and the Navy - blast each other with water cannons and brightly colored flour mortars.

As the regatta has picked up corporate sponsors and attracted more outsiders, it has soured on some locals. But Mayor Matt Paterson said it still aptly showcases his city of 25,000 and its remote Outback setting in the middle of Australia.

"It's a different type of event, and we're different here," he said from the grandstand as a male competitor in a hot pink feather boa dress stumbled and crashed his inflatable pink flamingo into the sand, drawing a roar of laughter from the crowd. "This is Alice Springs to a T."

Expectations were high this year after two years with no regatta because of the pandemic. The big battle didn't disappoint.

The Vikings were back, dressed in faux animal skins and horned helmets. The pirates were ready, their vessel equipped with 1,000 liters of water, 48 "cannons," a crow's nest for launching water balloons and, of course, sails.

But both were heavily outgunned by the Navy, which won the last two faceoffs in 2018 and 2019. Its crew was competing on a military-sponsored truck with several times as much water.

The Vikings' dragon-headed vessel quickly broke down and became stranded in the sand.

"We got bogged," Vivienne Corish, 25, said afterward as she picked flour from her hair. "They hit me in the head and the shoulder. I'll be all right, but I've got a cracking headache."

"When it all hits your face like that you can't actually see," added her wife, Penny Chatfield, 27. "You just see a silhouette of a ship coming and silhouettes of people and you just try to aim for their heads."

Despite the odds, the pirates managed a narrow victory over the Navy. Sam Edelman, 40, and Ryan Smith, 27, sat in the dry river bed and drank in celebration.

"Mate, we nailed it!" Edelman shouted.