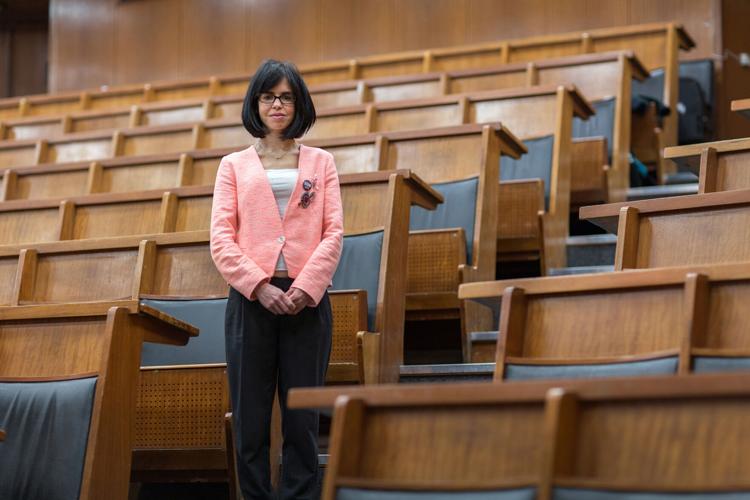 INITIATIVE: Jess Wade has taught many people around the world how to take part in her Wikipedia initiative. Photo courtesy of Jess Wade 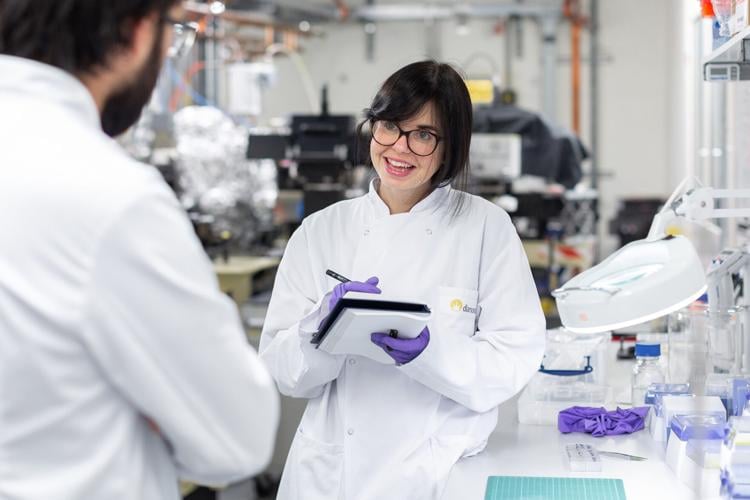 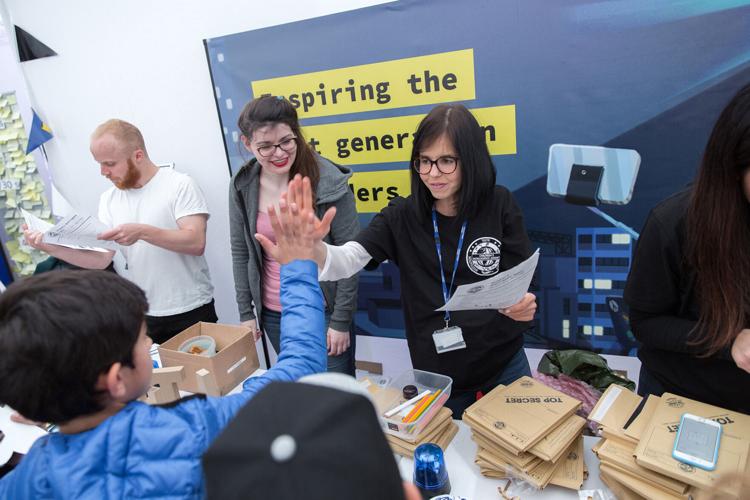 ADVOCATE: In addition to her Wikipedia work, Jess Wade has participated in numerous festivals and events to promote science to youths. Photo courtesy of Jess Wade

INITIATIVE: Jess Wade has taught many people around the world how to take part in her Wikipedia initiative. Photo courtesy of Jess Wade

ADVOCATE: In addition to her Wikipedia work, Jess Wade has participated in numerous festivals and events to promote science to youths. Photo courtesy of Jess Wade

On a whim, Jess Wade typed out her first Wikipedia page five years ago. It was a biography of Kim Cobb, an American climatologist who - despite earning several scientific accolades - had never been written about on the popular online encyclopedia.

"I met her at a science event, and I was massively impressed," said Wade, 33, a British physicist, who, after a quick search online, was stunned to see that Cobb had no profile on the public platform.

Wade had stumbled into something she found troubling: Cobb was one of countless deserving women whose names - and lengthy list of achievements - had yet to be chronicled on Wikipedia, the go-to site for an estimated 2 billion people a month who are seeking information about individuals, ideas and topics large and small.

Wikipedia is "used by pretty much everyone," Wade said. She realized that "despite it being this incredibly important resource, it was suffering from a lack of content, particularly about women, but also about people of color."

She decided to take matters into her own hands.

Since 2017, Wade has written more than 1,750 Wikipedia pages for female and minority scientists and engineers whose accomplishments were not documented on the site.

Wade said there's still much work to be done.

Currently, just 19% of English Wikipedia biographies are of women, according to WikiProject Women in Red, a group dedicated to addressing Wikipedia's gender gap.

"Having people know who you are means you get more opportunities," Wade said, adding that she wants to "make sure people's stories were on there and in the public domain."

Wade, a research fellow at Imperial College London, centers her work on Raman spectroscopy, a technique often employed in chemistry to identify molecules, among other uses. She has received several awards for her scientific contributions, and her own Wikipedia page is robust with her many achievements.

Wade has made it her mission to correct gender and racial biases in the science community, and advocate for women in STEM, who make up only 28 percent of the workforce. Her activity on Wikipedia has been chronicled in the press, and she has written about her work in various publications, including The Washington Post.

"Wikipedia is a really powerful way to give credit to people who, for a long time, have been written out of history," she said. "Not only do we not have enough women in science, but we aren't doing enough to celebrate the ones we have."

"We do an awful lot of talking about underrepresentation," Wade added, "but not enough acting on it."

Most evenings, Wade sits at her desk for several hours, looking online for inspiring lesser-known scientists. There is no shortage of potential subjects, she said.

"I've never sat down and not had someone to write about," said Wade, who scours archived documents, scientific papers, journals and social media in search of notable people without a Wikipedia page.

She'll often have 20 internet tabs open at one time, sifting through library archives and institutional sites to scrape together as much information as possible. Each profile takes a few hours to produce.

Since Wikipedia is intended to be an unbiased resource, Wade refrains from writing about anyone she knows personally, and she does not contact her subjects to collect further information.

While it can be a tedious task, it's also uniquely fulfilling - and educational.

"In the process, I actually learn so much science," she said. "It's a fun journey."

About 15 biographies Wade has written have been deleted, including one on Clarice Phelps, a nuclear chemist who is recognized as the first Black woman to be involved with the discovery of a chemical element.

Wade took to social media to vent her frustrations, writing on Twitter:

"thanks to the @Wikipedia editor who spent their wednesday night tagging the recent biographies i've started for #WomenInSTEM as not notable enough to be included in the encyclopaedia. it's really constructive and helpful work."

Wade fought to get Phelps' page restored, and ultimately succeeded.

"It's really hard to get a public profile unless you have a big shiny award," Wade said.

On Wikipedia, which is written collaboratively by self-appointed volunteers around the world, edits are approved or denied by volunteer administrators, who use a set of notability criteria to determine which articles deserve to be published.

"You're stuck in a spiral where you have to be double exceptional as a woman or person of color to fulfill these requirements," Wade said.

Wade is not alone in her work to make Wikipedia more equitable. Emily Temple-Wood, 28, has also become known for writing Wikipedia pages about female scientists.

Jimmy Wales, co-founder of Wikipedia, has taken note of their activism.

"Jess and Emily are among a fantastic group of women having a big impact on the quality of content of Wikipedia," Wales told The Washington Post. "We are very eager to have a more diverse community and the people who are making that happen are heroes to me."

Anusha Alikhan, vice president of communications at the nonprofit Wikimedia Foundation - which hosts Wikipedia - wrote in an email to The Washington Post that the number of biographies about women is growing, a trend the company favors.

"Through the efforts of Dr. Jess Wade and other volunteer contributors, real progress is being made," Alikhan said. "In the past three years the percentage of biographies on English Wikipedia that are about women has increased from 15% to 19%. That may seem like a small change, yet it represents more than 75,000 new biographies about women."

This is in part because of Wade writing them, and also in part to her teaching other people how to write and edit them.

She holds Wikipedia training workshops and "editathons" at conferences, schools and colleges, and has published papers on inequality in academia, including a recent article on Black physicists and engineers, which she co-authored with a group of scientists. She has also partnered with 500 Women Scientists, a grass-roots organization that promotes inclusivity and accessibility in science.

Farah Qaiser is a member of 500 Women Scientists and a participant in what the organization calls the "Wiki Wolfpack." She got involved after reading an op-ed by Wade and fellow scientist Maryam Zaringhalam.

"It just blew my mind that Wikipedia is something that I use often, and I never noticed this glaring gender bias," said Qaiser, who is a Toronto-based scientist.

Wade has found other ways to advocate for more STEM accessibility, including publishing a children's book last year, titled "Nano," in the hope of getting young people excited about science.

"We need to do more to make the process more transparent and equitable for people," she said.

What gives her the most joy, she said, is seeing a person's name whose profile she created go on to earn a fellowship or award. She called it her "happiest thing."

"I truly love seeing people being recognized and honored," which, Wade said, is "made more possible by having a public profile on something like Wikipedia."

With every biography she writes, she hopes to tighten the gap a little more.

"I'm a tiny fish in a massive sea," she said. "But I'll keep doing everything I can to make science a more accessible and inclusive place to be."