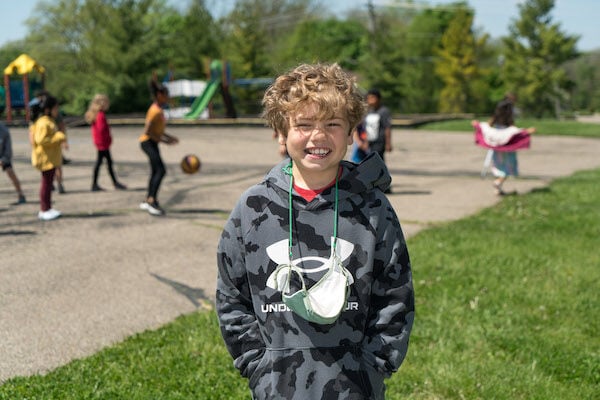 STUDENT: Eli Pytlinski is a student at Adena Elementary School in West Chester, Ohio. Amy Powell/ for The Washington Post by Amy Powell 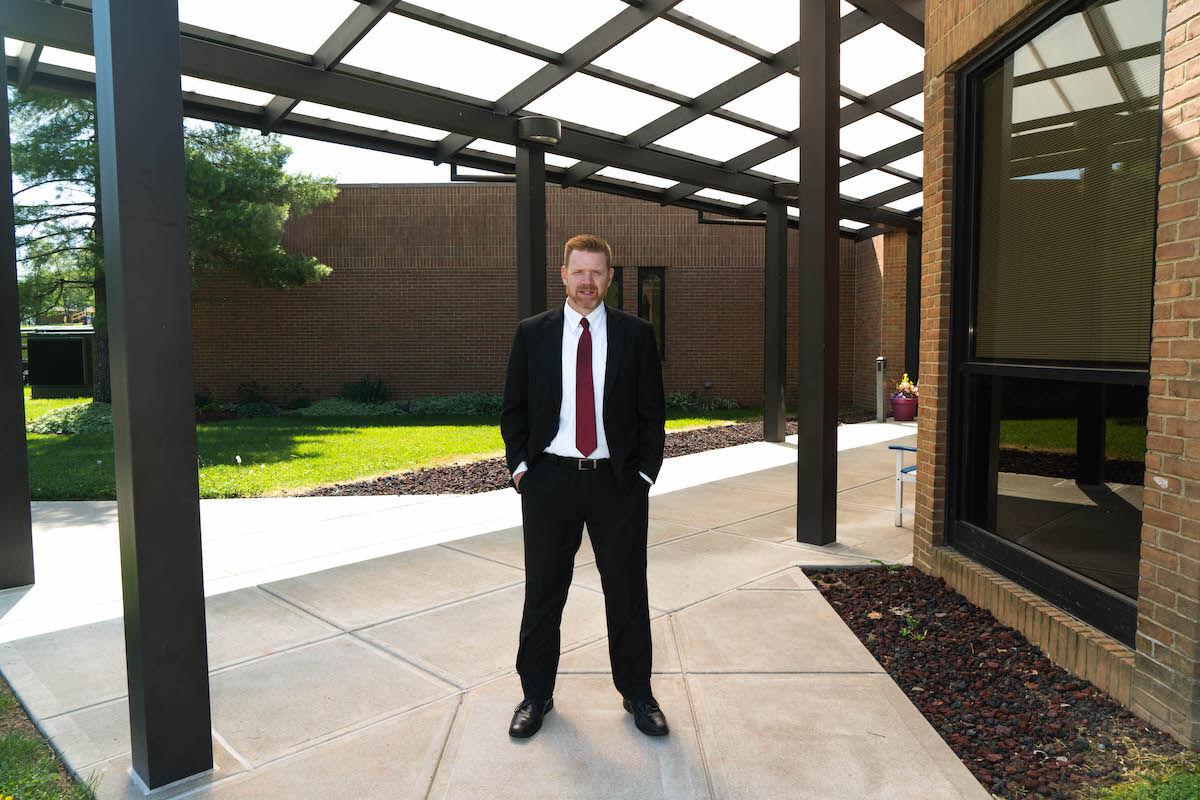 STUDENT: Eli Pytlinski is a student at Adena Elementary School in West Chester, Ohio. Amy Powell/ for The Washington Post by Amy Powell

In the northern suburbs of Cincinnati, Superintendent Matt Miller kept school doors open. But the coronavirus kept pushing students out. In the fall semester, he counted 5,172 student quarantines.

It meant a constant jostling of teaching and learning.

"We have had students who had to quarantine three times," said Miller, of Lakota Local Schools, which is among Ohio's larger school systems and has 17,000 students.

But that has changed. In the continuing struggle to strike a balance between safety and classroom learning, Ohio joined several states that have remade their rules to cut back on student quarantines. Many note lower-than-expected spread of the virus inside schools and note that school leaders say there are few infections among students who get quarantined. In Ohio's case, quarantines are no longer required for potential classroom exposures as long as students were masked and other safeguards were in place.

"Teachers and principals and parents were very happy to see the change," Ohio Gov. Mike DeWine, a Republican, said in an interview. "Johnny wasn't sitting out or Sarah wasn't sitting out for 14 days. They were able to stay in school."

The issue could become more important in the fall, when districts across the country plan to be open five days a week for in-person instruction, which would mean less physical distancing.

Ohio tested students in seven districts, including Lakota, and found that close contacts who were properly masked had rates of coronavirus infection that were similar to those with no known school exposure. But its actions are at odds with guidance from the Centers for Disease Control and Prevention to quarantine people who are identified as "close contacts" - within six feet of an infected person for at least 15 minutes.

"If we're at low community incidence in the fall, then the way you keep it low is stomping it out every time you see it," said Meagan Fitzpatrick, an infectious-disease transmission modeler at the University of Maryland medical school, who says quarantines could be more important as a safeguard, rather than less, in the fall.

A school district in Naperville, Ill., posted on its website that 842 of its students began quarantines the week of April 19, and one in Lexington, Ky., tallied 488 students and staff members in quarantine, according to news stories.

Students at Mason High School in Ohio were quarantined so often that the sight of the school's principal or assistant principal dropping by a classroom - and whispering a name to the teacher - produced a wave of dread, said Dee Dee Messer, an AP physics teacher.

"Everyone in the classroom knew what it meant," Messer said. "They would look at me like, 'No, please, no.' "

How and when quarantines happen vary. In many places, when students are part of a strict "cohort" and one person within the group tests positive, everyone in that cohort is quarantined.

But if a student in, say, a math class tests positive, it's often just the closest classmates - within six feet for at least 15 minutes, during a 24-hour period - who are sent home. High schools tend to rack up more quarantines because students change classes multiple times in a day - so more people are in close range.

But exposure to the virus comes in different ways. Often students are exposed at home, on sports teams, among friend groups or at a community event.

In recent months, practices have loosened in some places. In Florida, at least one school system now requires quarantines only when students are within three feet of an infected person for more than 15 minutes. A Pennsylvania school district recently modified quarantines to increase in-person instruction time for students with low-level exposure.

States that have rewritten their rules include Idaho, Indiana, Missouri, Oklahoma and Utah.

The phenomenon led to pushback from some parents, with one mother comparing quarantine to a 14-day suspension for "sitting in the wrong seat."

Others, including the Pytlinski family of West Chester, did not object to the measures, saying they supported whatever scientists found best - despite multiple experiences.

Just weeks into the school year, Michele Pytlinski got a call from her son's school about his potential exposure to a staff member who tested positive.

Eli, 8, was out for two weeks, spending long days in his bedroom as his brothers and parents wore masks and kept their distance.

His mom and dad brought him meals and took his temperature. Eli did worksheets for school classes, found assignments online - and played with Legos. He read Dog Man novels. He ran around the backyard for exercise. He watched movies.

Sometimes he peeked out his bedroom door, waving at his older brothers. He never had a fever. Never got sick. By the second week, it wore on him. "When can I go back to school?" he pleaded to his mother.

Weeks later, it happened again: Eli's oldest brother, Nicholas, a high school sophomore, was quarantined. He had eaten lunch in the cafeteria with a friend who later tested positive. The time away was harder on him academically.

Nicholas did not get sick. He tested negative.

Quarantines protect against the spread of the virus by keeping potentially infectious people away from others. Early guidance from the CDC recommended 14 days, but now seven or 10 days are permitted, depending on testing and other factors.

CDC officials say quarantines are "an essential tool" in preventing transmission but acknowledged "some promising results" in evaluation studies from Missouri and Utah, where quarantine rules in schools were changed this school year. But they said those studies were "insufficient for CDC to substantially change guidance."

They said the agency would continue to study the science on quarantine and transmission and "will adjust its guidance as new findings warrant."

Some teachers have questioned changes. Melissa Cropper, president of the Ohio Federation of Teachers, said that many educators support following the CDC advice and that new virus variants add to the concern.

"To not practice a safety protocol that the CDC recommended just adds to the fear and frustration of educators," she said. "We want to follow CDC guidelines as much as possible so that our buildings continue to be safe for students and educators."

Fitzpatrick said the place where an exposure occurs should not be the driver of whether to quarantine.

"The claims being made, explicitly and implicitly, are that they don't think an exposure happened because a classroom environment is so controlled," she said. That has not been proved, she said, noting that the Ohio evaluation was not designed as a research study and is not large enough to reach the conclusions being drawn.

Vigilance about other safeguards may affect the need for quarantines, other experts say.

A recent study in Missouri that included CDC researchers found that two of 102 "close contacts" of students and staff members tested positive. Among students allowed to stay in school rather than quarantine, all 21 tested were negative.

"The use of quarantining might not be necessary when you have these things in place," said Jason Newland, a professor of pediatrics at Washington University School of Medicine in St. Louis, who co-wrote the study. In the fall, the issue should continue to be evaluated, especially given the increasing number of vaccinations and the presence of virus variants, he said.

In another study involving the CDC - this one in Salt Lake County, Utah, elementary schools - 735 students were tested in December and January after being in the same class as an infected classmate.

Researchers found five cases that probably were school-associated, making for a secondary transmission rate of under 1%. The research was done at a time infection rates were high in the community, with students on average spaced three feet apart.

But the students were wearing masks and following other safety practices.

While the study was underway, Utah changed its quarantine recommendations for schools, saying quarantines were no longer needed when both an infected student and a close contact were wearing masks at school. After the change, researchers tested 111 "close contacts" and found no school-associated cases, according to the research paper.

Adam Hersh, a professor of pediatrics in the division of infectious diseases at the University of Utah who worked on the study, supported the state's policy change. "Quarantine should be linked to a risk of transmission that is high enough to justify quarantine," he said.

But the variant B.1.1.7 could bring quarantines back because of its greater transmissibility. "It's almost as if we're dealing with a new virus, at least so far as policies go on quarantine after an exposure," he said.

Quarantines became another wild card as schools tried to adapt to the realities of the pandemic. The sudden removals from school could be socially isolating and emotionally difficult. They could upend family schedules. They could impede learning.

For educators, too, the removals meant major churn. One high school teacher might have a few students out in one class, a few out in another - then some returning back while still others cycle out. Teachers were left scrambling - trying to stay connected through Zoom and respond to changing learning arrangements while teaching in-person lessons.

"You never knew what to plan for," said Messer, of Mason High School. "They were always coming and going."

As of late March, there had been 3,706 student quarantines in the school district of 10,600 students.

They included Kahari LandBrandon, a high school senior. By chance, his desk in English class was within six feet of someone who later tested positive for the virus, he said.

He missed senior-week activities and physics labs and cheerleading. Although he appreciated the idea of safeguards, he fell behind in classes and was home alone all day while his mother headed to work and his brother went to school.

He longed to be at Mason High. He did not get sick.

The 17-year-old says the mental health effect of quarantine seems widely overlooked. Mental health issues have surged amid the pandemic, and in Mason, the number of student-risk assessments have more than doubled in a year, with nearly twice the number of referrals for mental health services.

"The social isolation was the big driver we were hearing about," said Mason Superintendent Jonathan Cooper. "And almost a loss of hope."

The report that emerged, based on testing of 727 students in November and December, did not find notable differences between close contacts and other students in their schools: About 3% of each group tested positive at a time when coronavirus cases were surging in Ohio.

"Children who were close contacts and appropriately masked had rates of covid-19 that were similar to children with no known covid-19 exposure in school," the report said.

Since the start of 2021, with new rules in place, student quarantines dropped markedly in Mason City Schools. By April, they had dropped to 115 - a fraction of December's 985.

Emails still arrive at LandBrandon's home saying a student or staff member has tested positive. Quarantines still happen - if a student is exposed in a cafeteria when masks are off, for example - but they happen a lot less.

"If we went with the old rules, I probably would've been quarantined again," the teenager said.