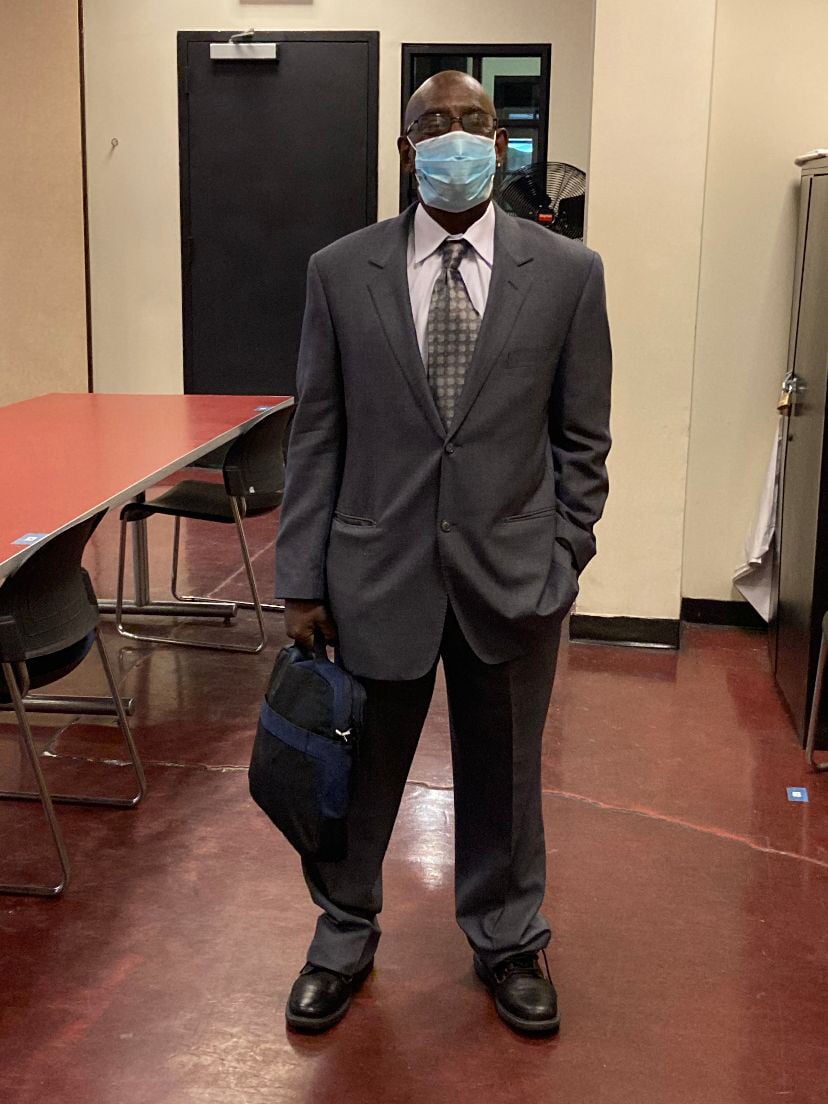 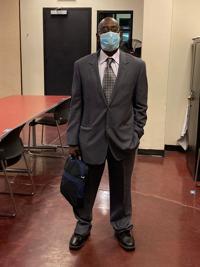 A NEW LOOK: George Tucker, a Doe Fund housing resident and cook, wears one of the two of Alex Trebek's suits that are now his. Photo courtesy of the Doe Fund 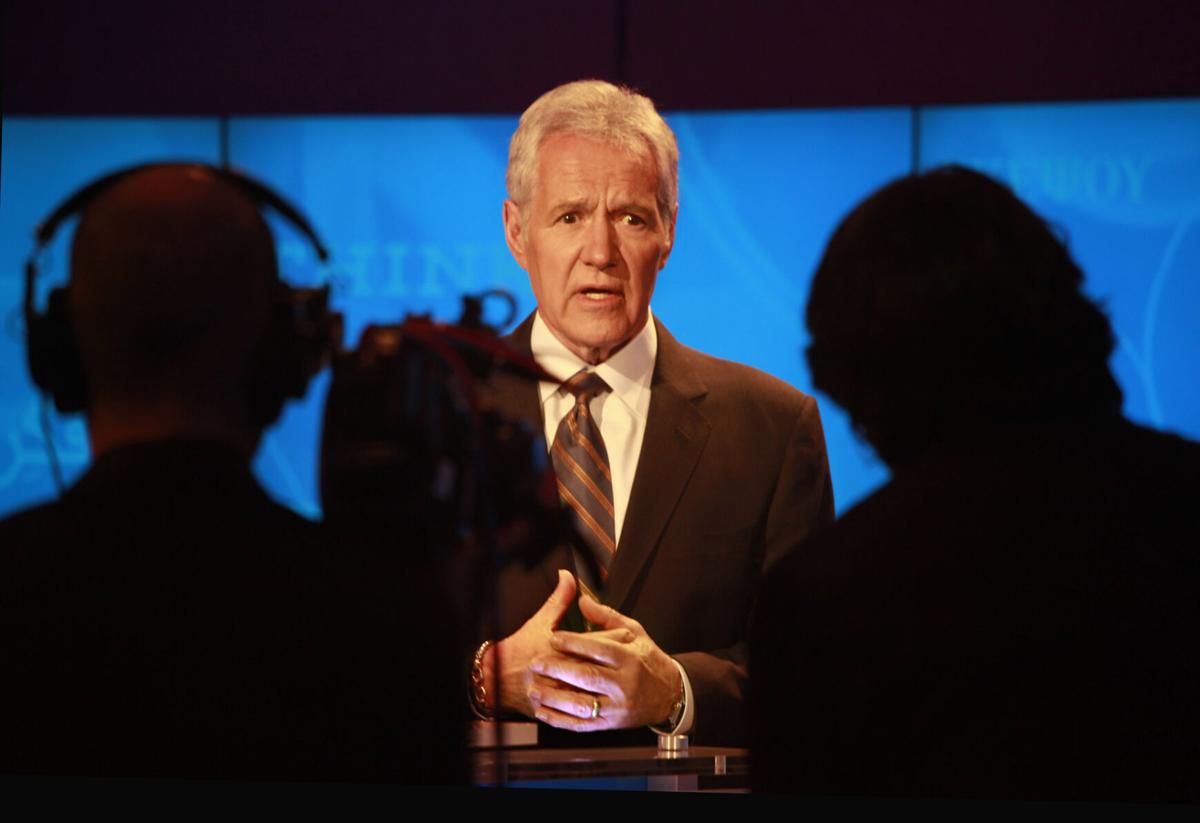 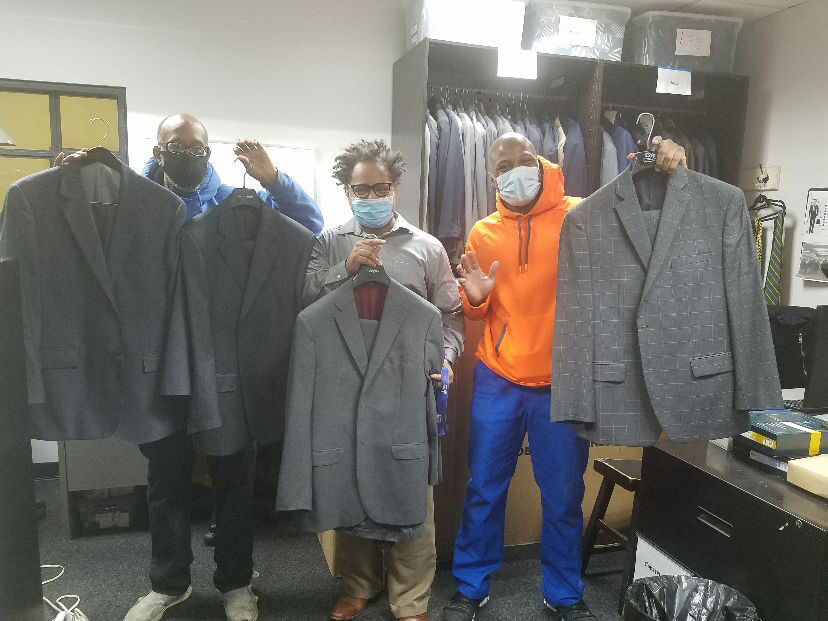 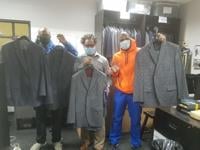 A NEW LOOK: George Tucker, a Doe Fund housing resident and cook, wears one of the two of Alex Trebek's suits that are now his. Photo courtesy of the Doe Fund

In the spirit of "Jeopardy!" we offer you this clue: These garments belonged to host Alex Trebek before his son, Matthew Trebek, donated them to formerly incarcerated men.

Congratulations if you got it right.

There were also some sweaters, shoes and a couple of coats in a shipment of well-tailored menswear that arrived at the Doe Fund program in New York City in mid-January.

Matthew Trebek said he was happy his father's clothes could be put to good use. Alex Trebek was the famed quizmaster and host of "Jeopardy!" for 37 years, until he died of pancreatic cancer at age 80 in Los Angeles last year.

"I loved the idea of guys getting a second chance to go on interviews and feel presentable in my dad's clothes," Matthew Trebek said. "My dad had a large wardrobe for 'Jeopardy!' because they taped five shows a day, two days a week. It all just kind of clicked."

Most of the suits and shirts in Alex Trebek's wardrobe were distributed to men seeking employment, and the bulk of the neckties will be handed out to program participants when they start new jobs, said Harriet McDonald, president of the Doe Fund.

The nonprofit, which started in 1985, provides housing, job counseling, training and work opportunities for about 800 men with histories of homelessness, substance abuse and incarceration.

McDonald said the clothes have been "a real confidence booster" for the men in the program.

"Our guys are over the moon to wear something that was worn on television by Alex Trebek," she said.

Matthew Trebek, 30, decided to donate his dad's wardrobe to the Doe Fund's workforce reentry program because he knew the clothing would be put to better use than sitting in his own closet.

"The suits don't fit me - I'm much taller than my dad was," said Trebek, a restaurateur who lives in New York. "On most days, I wear jeans and a T-shirt, maybe a black hoodie. I probably wear a suit only five times a year."

"Jeopardy!" costumer Steven Zimbelman helped him pack up the wardrobe late last year and ship it across the country last month, he said.

At the Doe Fund, residents are put through mock interviews so they are prepared when they get calls about job opportunities, McDonald said. The nonprofit's three facilities in New York hire former inmates at $15 an hour to help clean city streets, she said.

"We want to help them get back on their feet and get their dignity back," she said. "We want to help reunite them with their children and get back into the workforce. Breaking the cycle of prison and poverty is really important."

About 28,000 men have gone through the reentry program, McDonald said.

Among them is George Tucker, 55, who has lived in Doe Fund housing since he was released from prison last March, he said. Now he works in the center's kitchen as a cook and hopes to pursue a culinary career.

He was elated, he said, when he was given two of Trebek's suits - one in charcoal gray and one in deep purple - with shirts and neckties to match. He couldn't get over that they actually fit him.

Tucker said that when he was incarcerated, he sometimes watched "Jeopardy!" in the commons area.

"Alex Trebek was a sharp-dressed man, and now I'm wearing his suits? Amazing," he said. "I'm very grateful for the opportunity. I'm hoping to better my life, and looking presentable in the workplace is a step in the right direction."

Matthew Trebek said that is exactly what he hoped to hear.

"It's a good feeling, to know the suits are in the right hands," he said. "It's great if it helps them to rebuild their lives."

Trebek owns three restaurants with his business partner in Harlem, and he often invited men in the Doe Fund's culinary program to eat a free meal and train with his cooks before the covid-19 pandemic hit New York, he said.

"At some point, we'd like to go back to doing that," he said. "It's all about giving somebody a second chance. I know my dad would have loved that."

"Alex Trebek was a sharp-dressed man, and now I'm wearing his suits? Amazing! ... I'm very grateful for the opportunity. I'm hoping to better my life, and looking presentable in the workplace is a step in the right direction."