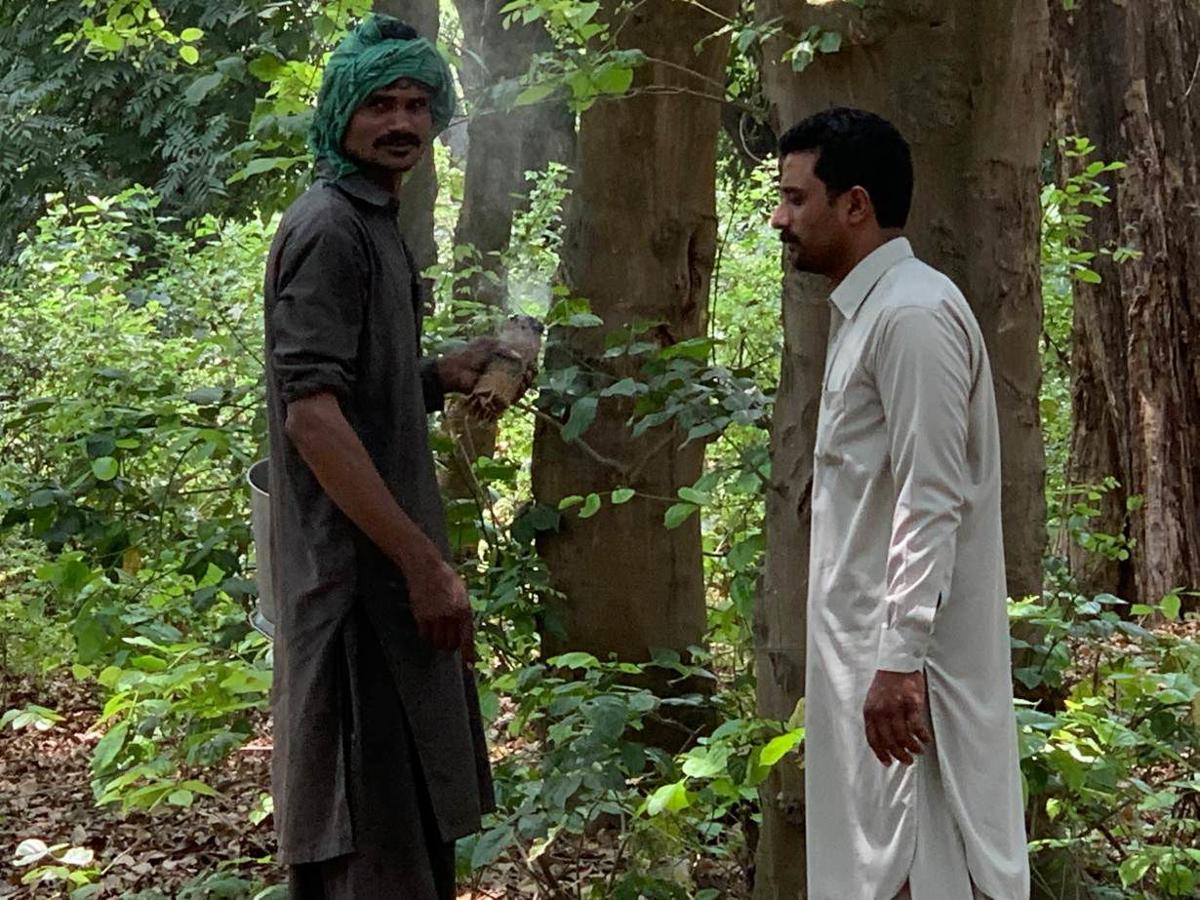 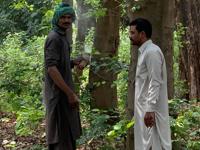 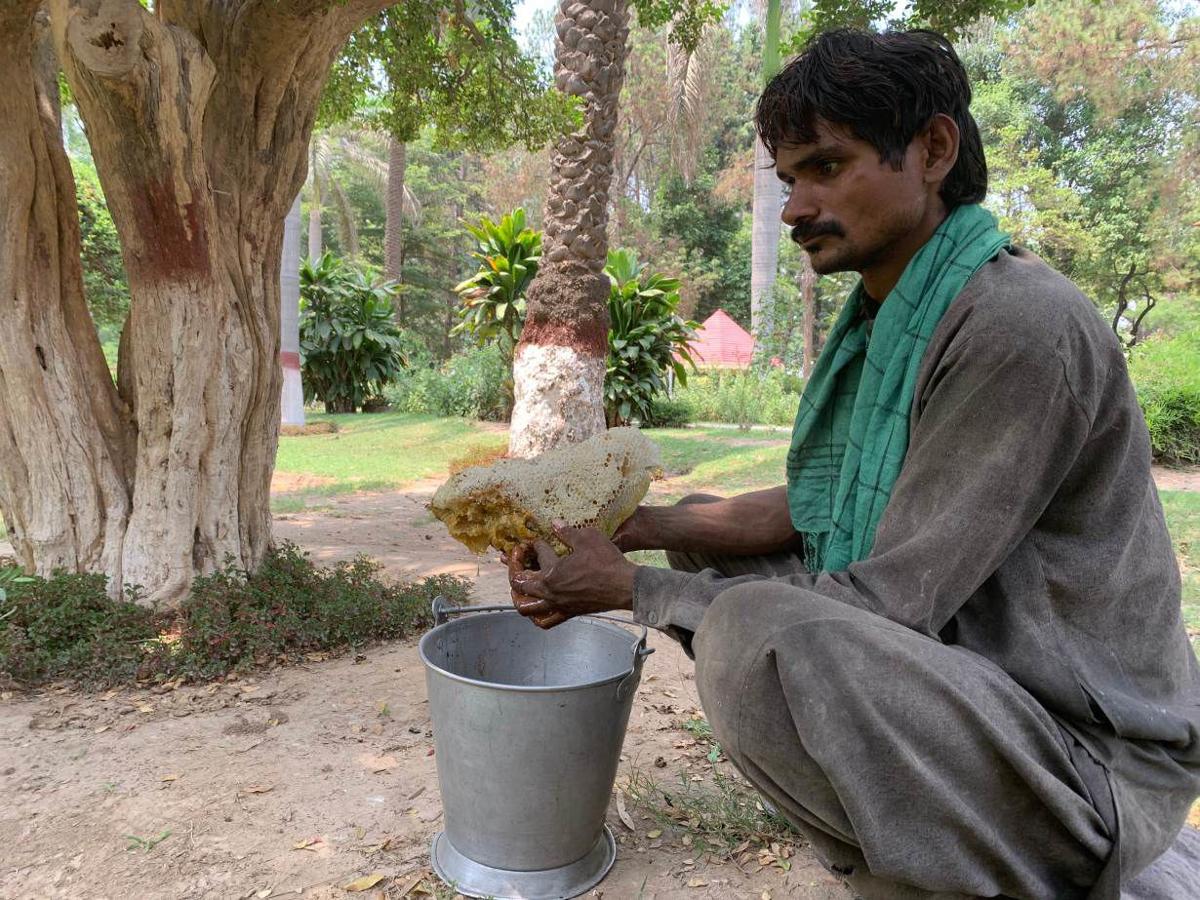 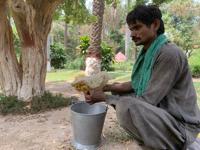 ALI: Beekeeper Muhammad Asif Ali assesses the weight of a piece of honeycomb before placing it in his bucket at Changa Manga Forest in Pakistan's eastern Punjab province, 75 km from provincial capital Lahore on June 3. Imran Mukhtar/Thomson Reuters Foundation 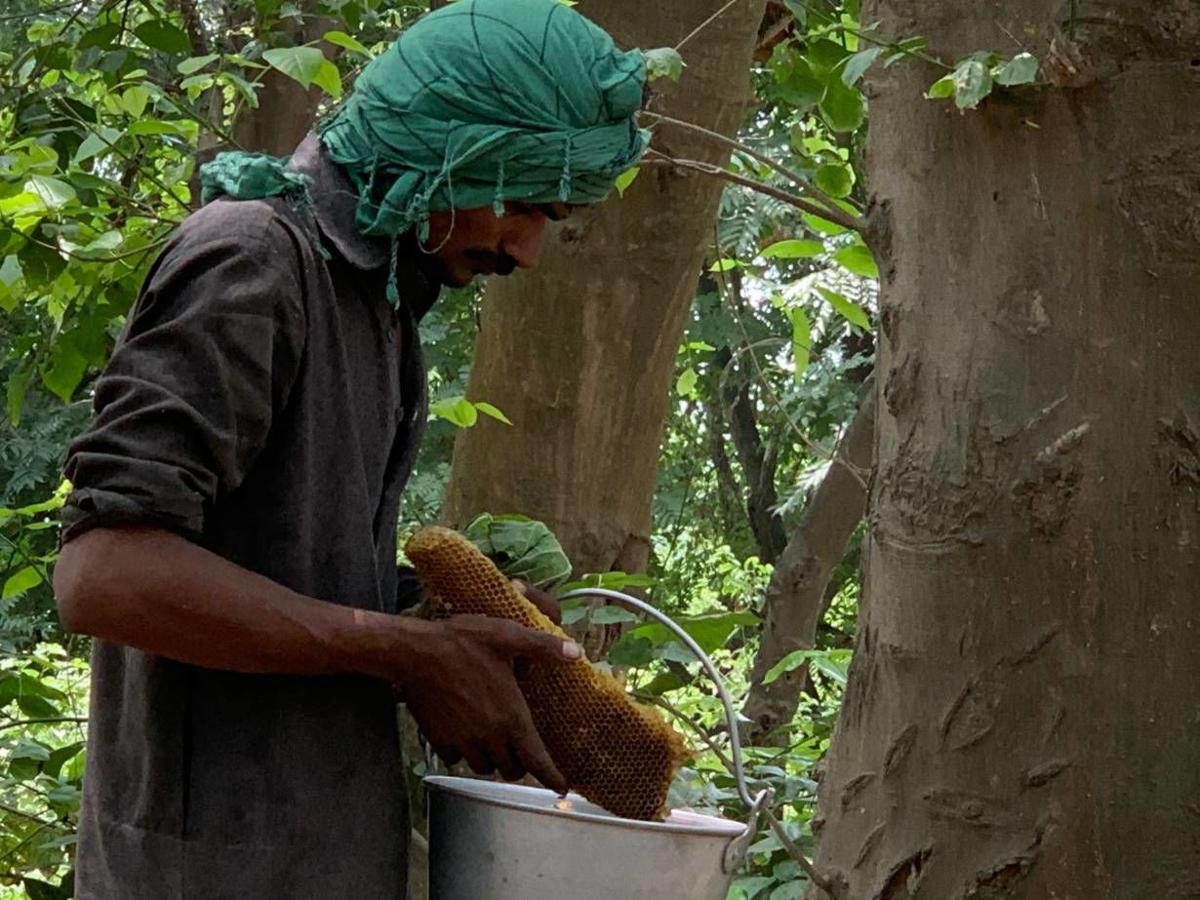 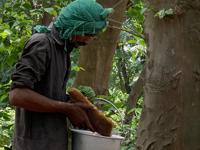 ALI: Beekeeper Muhammad Asif Ali assesses the weight of a piece of honeycomb before placing it in his bucket at Changa Manga Forest in Pakistan's eastern Punjab province, 75 km from provincial capital Lahore on June 3. Imran Mukhtar/Thomson Reuters Foundation

CHANGA MANGA, Pakistan — When authorities started planting millions of trees in eastern Pakistan's Changa Manga Forest five years ago, the idea was to bring life back to forest land that had been destroyed by illegal logging, water scarcity and fires.

Now that the trees have matured, they are having an even sweeter side-effect – helping to boost the local bee population and honey production in the area.

As part of Pakistan's efforts to offset the impacts of climate change by rehabilitating forests, conserving soil and improving water management, 3.5 million trees were planted on 6,000 acres (2,428 hectares) in Changa Manga, known as one of the world's largest man-made forests, near the city of Lahore.

Beekeepers in the plantation said they are now harvesting up to 70% more honey than before the greening project started in 2014, as the trees provide a habitat for bees and create conditions for a growing diversity of plants and flowers.

"As more of the plantation has been created, our honey production has kept on increasing," said Bilal Hussain, a beekeeper in Changa Manga whose father runs the forest's honey operations.

"We will get even more income over the next four to five years," Hussain said excitedly, as he extracted honey from a piece of honeycomb to pack into bottles to sell at his shop.

The amount of honey harvested by beekeepers in the 12,500-acre forest almost doubled from 725 kg (1,600 pounds) to about 1,300 kg in the past fiscal year, said forest officer Shahid Tabassum.

And the amount of sticky stuff coming out of Changa Manga is estimated to keep rising to about 2,000 kg in the next fiscal year, Tabassum added.

The old forest had three main species of trees, to which at least seven have been added, he noted.

"The forest cover plays an important role in the increase of honey production because honeybees get shelter, shade and water from the trees," he told the Thomson Reuters Foundation.

Globally, there has been a drastic decline in bee numbers, largely due to intensive agriculture, pesticide use and climate change, environmentalists say.

A study published in the journal "Science" in April found that the world's population of land-dwelling insects is falling by almost 1% every year.

The boost in honey production is sweet relief for Pakistan, a cash-strapped country that got a $6 billion bailout package from the International Monetary Fund last year.

Pakistan has seen a drop in its exports and foreign remittances since the start of the COVID-19 pandemic in March, according to independent economist Vaqar Ahmed.

He expects to see a further decline in the money coming into Pakistan as European and Gulf countries continue to wrestle with the economic effects of the outbreak.

Most of Pakistan's remittances come from Gulf states, while European Union nations are the main markets for its exports, he explained.

Pakistan's exports dropped from $20.1 billion in July-April 2019 to about $19.6 billion in the same period this year, data from the State Bank of Pakistan shows.

But industry experts expect honey to buck that trend.

In the financial year 2018-2019, Pakistan exported honey worth 966 million rupees ($5.8 million), about 260 million rupees more than the year before, according to the government's Honeybee Research Institute in Islamabad.

Figures for this year's honey exports are not available yet.

But industry insiders predicted they will keep going up, as the country's beekeepers benefit from the trees in Changa Manga along with Pakistan's ongoing push to reforest the country under its "10 Billion Tree Tsunami" project, launched last year.

Pakistan has 7,000 commercial beekeepers looking after more than 1 million beehives but has enough space for double that number, according to data from HBRI.

And while planting trees expands the habitat for bees, the pollinators, in turn, help to naturally regenerate more forest areas with a variety of trees, plants and flowers, said Noor Islam, the bee institute's senior scientific officer.

"Honey production and forestry are interrelated because the honeybees get their food from trees, while trees, as a result, maintain their biodiversity," he said.

Malik Amin Aslam, climate change advisor to Prime Minister Imran Khan, said that nurturing the relationship between trees and bees is a priority for the 10 Billion Trees project.

He told the Thomson Reuters Foundation that in several honey-producing areas the project is planting bee-friendly trees such as the indigenous bari tree – also known as ziziphus mauritiana or jujube.

The tree's honey is sought after for its low glucose content, which makes it less likely to crystallize, he said.

But Syed Mahmood Nasir, head of the Islamabad-based Nature Clicks Institution, a nonprofit focused on the environment and anthropology, warned that growing Pakistan's honey industry is not as simple as planting more trees.

Authorities need to be clear on whether they want a replanted forest to produce wild or farmed honey, with each requiring different management and resources, explained Nasir, who was formerly the government's inspector-general of forests.

Either way, "they should ensure that no pesticides are used within at least 10 miles of the forest," he added.

For Changa Manga beekeeper Hussain, Pakistan's bee-boosting reforestation efforts make him optimistic he can carry on the business his father has been running for the last 45 years.

Hussain fondly recalled a childhood spent watching his dad extract honey straight from the beehives to give to customers.

"My biggest motivation for this work is that my father has had a special affection for honey since he was a boy and he doesn't want this fondness to end," he said.

"We will do it generation by generation. As long as the forest is there, honey is there."