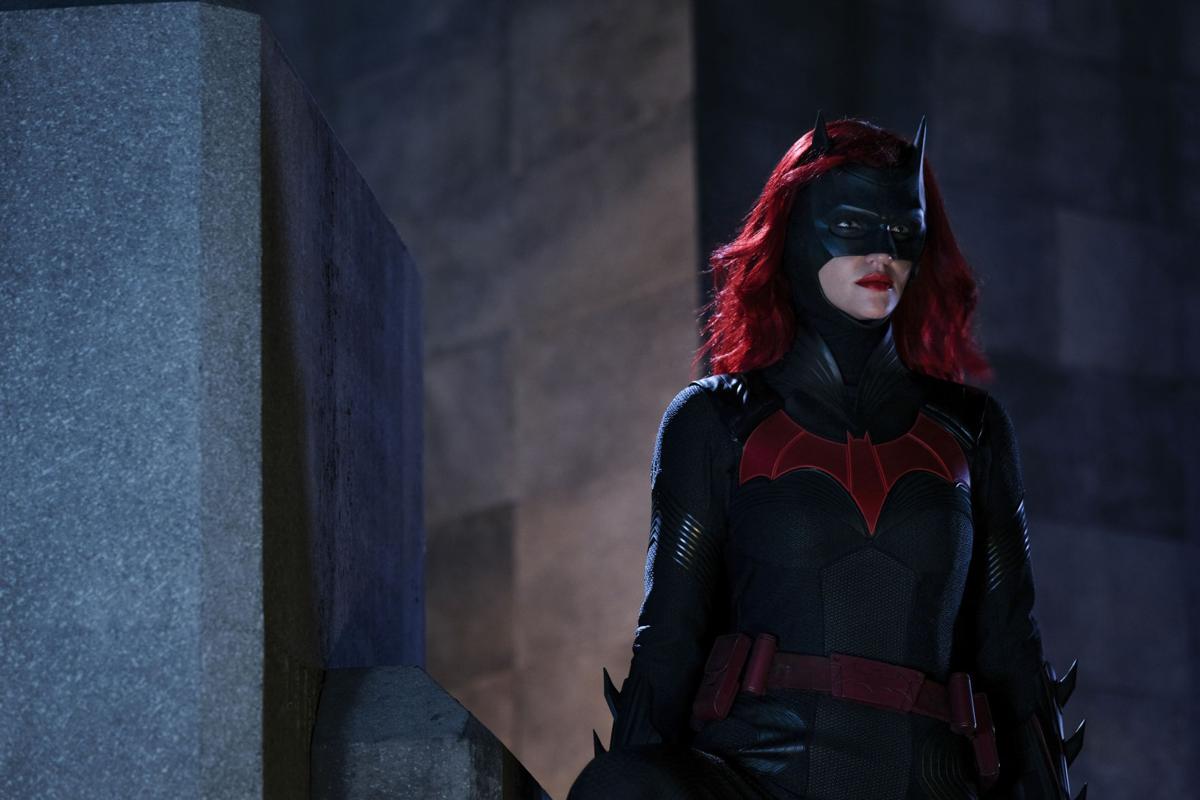 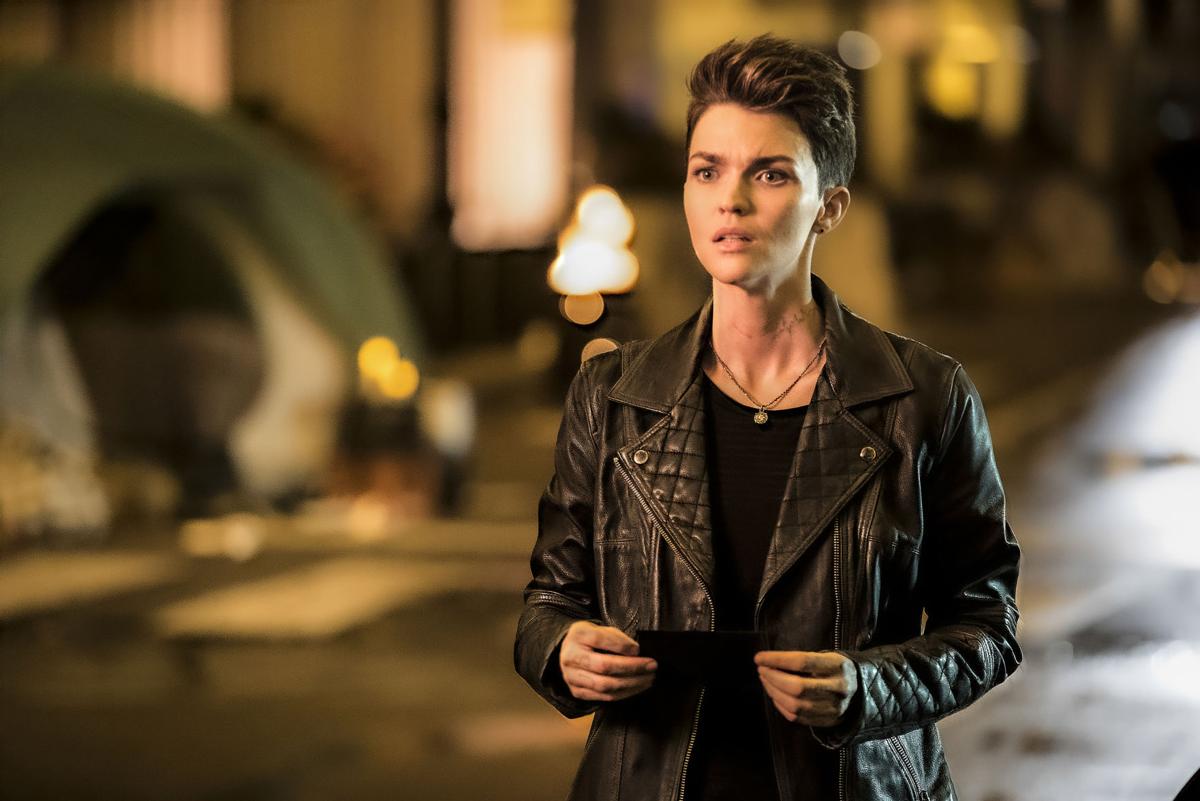 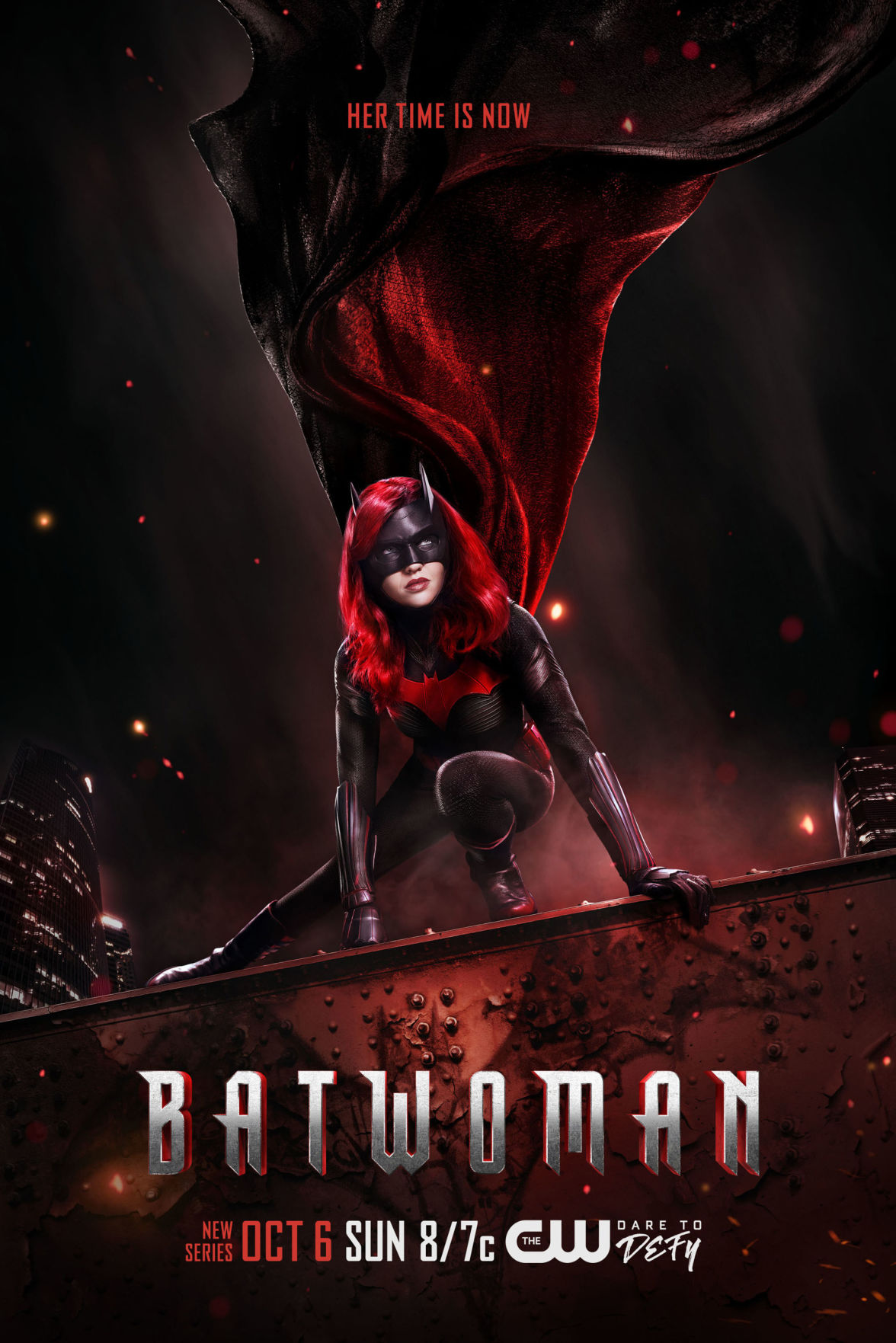 GROWING INTO IT: Kate Kane's Batwoman persona doesn't look like this yet, but she's growing into it. Courtesy of The CW

GROWING INTO IT: Kate Kane's Batwoman persona doesn't look like this yet, but she's growing into it. Courtesy of The CW

“Batwoman” has arrived on The CW, filling the bat-shaped hole in our hearts left by the cancellation of “Gotham.” And not a moment too soon!

Premiering on Oct. 6, “Batwoman” stars Ruby Rose as Kate Kane, aka the eponymous crime fighter, taking the place of Batman, who has been missing for three years. Gotham has gotten even worse in the interim, so the city has hired The Crows, a private security firm, to help police the city.

Family is a big part of “Batwoman,” in that it’s the bulk of the supporting cast. The Crows are run by Jacob Kane (Dougray Scott), who happens to be Kate’s father. Both are still grieving the deaths of Jacob’s wife and Kate’s (apparently fraternal) twin, who died in a Joker attack 15 years before the show opens. Except that the youngster may not have died, instead transforming into the homicidal lunatic Alice (Rachel Skarsten), the show’s antagonist for (at least) the first two episodes. Meanwhile, Jacob has remarried, to Catherine Hamilton (Elizabeth Anweis), who is up to something illegal, and who has a daughter, Mary Hamilton (Nicole Kang), who just wants her older step-sibling to notice her. Oh, and Bruce Wayne — who has also been missing for three years, what a coincidence! — is Kate’s first cousin (Jacob is the brother of the late Martha Wayne).

Kate’s transition to vigilante is made possible by the discovery of one of Bruce’s Batcaves, complete with uniform and equipment, guarded (poorly) by Luke Fox (Camrus Johnson), another legacy character. He’s the son of Lucius Fox, who supplied all those Bat-toys in the comics, in “Gotham” (played by Chris Chalk) and in the Christopher Nolan Bat-trilogy (Morgan Freeman). As you’d expect, Luke becomes “the man in the chair,” as it was so ably described by Ned Leeds in “Spider-Man: Homecoming.”

Ruby also has some friction/sparks with former flame Sophie (Meagan Tandy), who is apparently not strictly lesbian, as she is married to a man.

What? Oh, yes, Kate’s ex is a she. I guess I buried the lede: Kate is openly gay, just as is the actress portraying her. So that’s some TV history being made right there.

That’s freaking out some people, who review-bombed “Batwoman” on Rotten Tomatoes in what appears to be a deliberate campaign. It was pretty obvious, given that last week the average of critics was 72%, whereas the popular average (where the campaign took place) was less than 10%. Not subtle, guys. (And I’m assuming it’s all guys. Maybe the same guys who review-bombed “Captain Marvel.”)

Personally, the character’s sexuality merits little more than a shrug from me — after all, I’ve been reading Batwoman since her 2006 debut, where being gay was always just part of who she is. And who she was in those early comics was pretty cool, given the stories by the award-winning team of Greg Rucka (writer) and J.H. Williams III (artist/designer).

And speaking of the comics, there remains some confusion about who Batwoman is. And the answer is: Exactly who she is on the TV show. But the water is muddied a bit by a host of other women with “Bat” in their name, which has some non-comics-readers tentatively raising their hands to ask if Batwoman is this or that character, or related to them, or what.

I say “tentatively,” although in my long experience as a comics fan, no one is actually afraid of us. But most people are afraid that if they ask one of us a question, we’re going to give them far more than they ever, ever wanted. It’s like that commercial where people visibly age while the spokesman describes the company’s services. Hey, we’re nerds, we can’t help it. Information is our life’s blood.

Anyway, this is one-stop shopping to set the record straight, so here we go:

The first Batwoman appeared in 1956, a female version of Batman that turned out to be Kathy Kane (no relation), a former trapeze artist and motorcycle stunt rider who unexpectedly inherited a lot of money. Accustomed to the excitement of the circus, and familiar with wearing costumes and tempting death, she put her skills to use as a scourge of Gotham’s crime — and also to attract Batman, of whom she was enamored.

Some speculate that Batwoman was introduced to tamp down criticism of the Batman strip as latently homosexual (three men living in a mansion), and it’s not as ridiculous as it sounds. The comics industry was almost shut down in the mid-1950s by such charges, and the remaining publishers would do almost anything to stay below the radar of the prosecutors, preachers and parents who seemed to believe that comic books caused juvenile delinquency.

And if so, you’d expect a female counterpart/love interest for Robin to rear her bat-eared head. And so it was. Katherine’s niece Betty wanted in on the action, and became Bat-Girl. Just as Katherine’s many come-ons forced Batman to gulp and blush, Bat-Girl aggressively flirted with a visibly uncomfortable Boy Wonder.

In a fantasy world full of impossibilities, this was perhaps the most impossible thing of all: Pretty girls being the romantic aggressor instead of the aggressee. It probably altered the romantic expectations of generations of comics readers beyond the reach of therapy.

But the Bat-duo’s shelf life was short. Katherine disappeared from Bat-comics in the mid-1960s. Later she reappeared, only to die — more than once — and is no longer an active part of the mythology.

Betty, too, disappeared around the same time in Bat-comics, but proved more tenacious. She later reappeared in “Teen Titans,” eventually changing her nom du combat to “Flamebird.” She disappeared again after “Crisis on Infinite Earths” in 1986, along with a host of other characters deemed superfluous or irrelevant by DC editorial. But she was revived again in 2005 briefly, and then again in 2011, both times as Flamebird. In her current gig, she is “Bette” Kane, cousin of the current Batwoman.

One may mourn the fate of Batwoman and Bat-Girl, but not for long: They weren’t very good characters. Also, there was competition on the horizon: the all-new, all-different Batgirl. And her origin was in the oddest of places for a comics character: television.

In 1967, the “Batman” TV show ratings were slipping, and the producers decided to boost viewership with a little sex appeal in the form of “Batgirl,” secretly Commissioner Gordon’s heretofore-unknown daughter Barbara, played by Yvonne Craig. No stranger to genre fare (“Star Trek,” “Land of the Giants,” “Man from U.N.C.L.E.”), Craig ably filled a purple Batsuit for the show’s third season, which proved to be its last.

Reverse engineering from the TV show, Bat-editor Julius Schwartz, Bat-writer Gardner Fox and Bat-artist Carmine Infantino introduced the character to comics — before she actually appeared on TV. (Sorry, Yvonne.) Barbara has had a tempestuous time as Batgirl — at one time becoming a paraplegic and using her mental skills as the superhero information broker Oracle — but has proven enduring to this day, where she once again wears a (homemade) Bat-suit. She was instrumental in launching the superhero team Birds of Prey, replicating that role (as played by Dina Meyer) in the 2002 show of the same name.

So the first Batwoman, Bat-Girl and Batgirl are who the current Batwoman is not. In the comics she is already an established superhero on a par with Batman, but not subject to him. On TV she is growing into the role, and has yet to accessorize her Bat-suit with the memorable red highlights and wig, but will do so soon (in the very next episode). It’s yet to be seen if Mary will take the place of Bette and want in on the Spandex action as well (but I wouldn’t bet against it).

It’s a shame that so much of this fiercely feminist Bat-female has to rely so much on a male’s equipment and reputation, and it’s even worse that she’s fighting a ghost, with Batman totally absent. (A ploy used in the TV “Birds of Prey” as well, and one I find deeply implausible.) We haven’t had a live Batman on TV since Adam West (except for some glimpses in “Gotham” and hallucinations in “Titans”), and the received wisdom is that Warner Bros. is reserving the Bat for movies alone — which explains his TV niche being filled by Green Arrow (on “Smallville” and “Arrow”), and now Batwoman.

But “Batwoman” is certainly an able replacement. It’s not a perfect show yet; there are some obvious growing pains. But if we can’t have Bruce — and evidently we’re never going to — I’ll gladly take Kate.