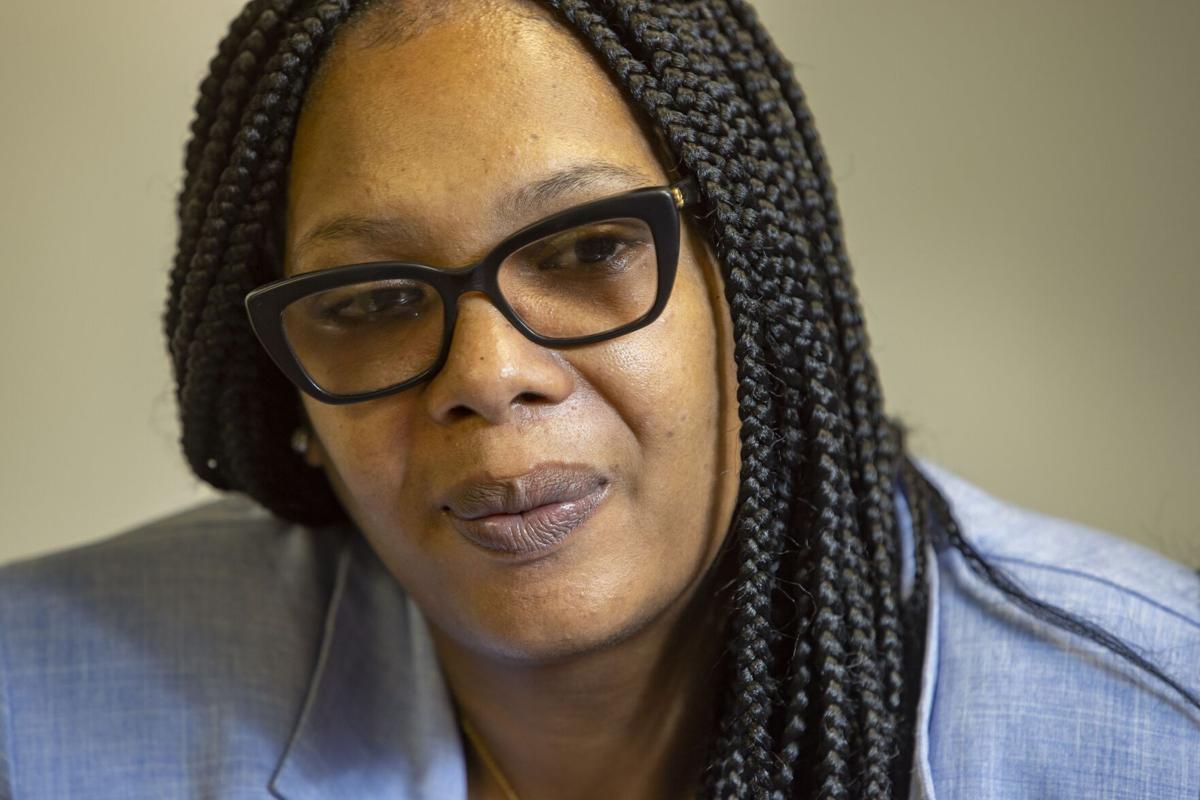 EDUCATION: “I want to offer more than just a safe haven for troubled youth. I want to educate these kids,” Pamela Mack said. Alejandro A. Alvarez/The Philadelphia Inquirer/Tribune News Service 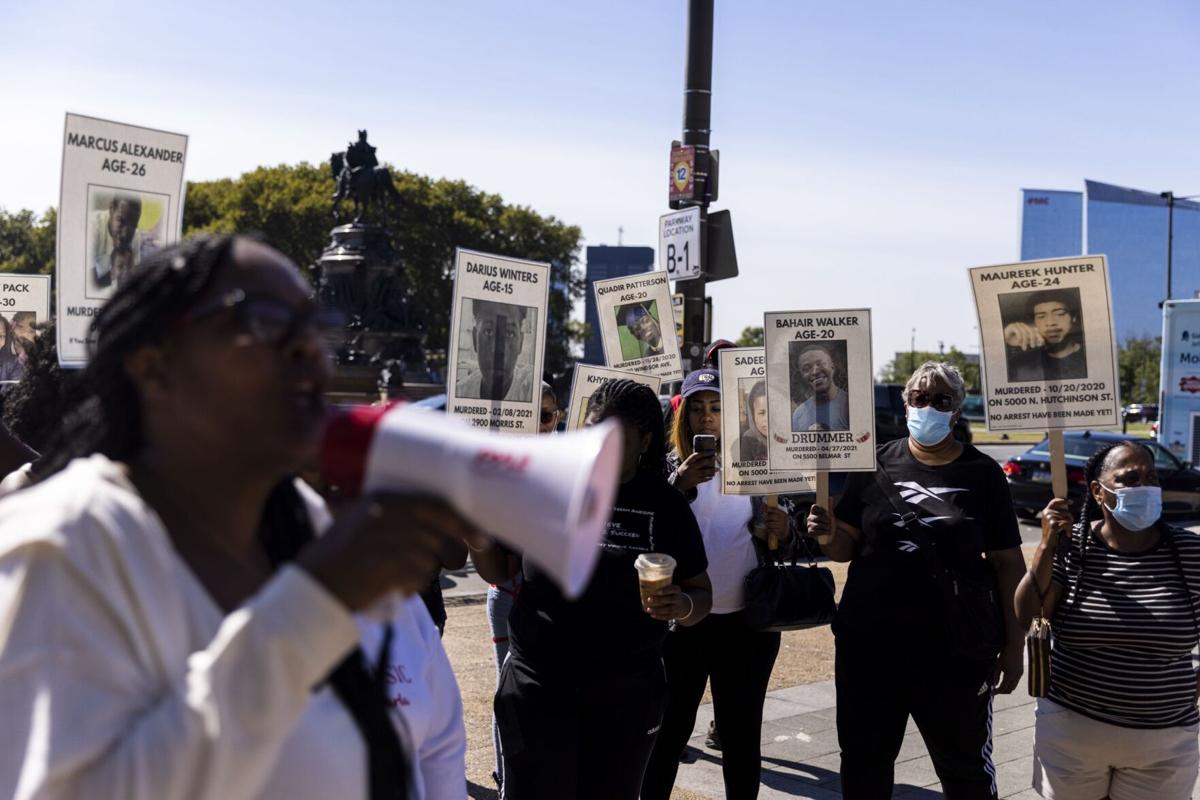 EDUCATION: “I want to offer more than just a safe haven for troubled youth. I want to educate these kids,” Pamela Mack said. Alejandro A. Alvarez/The Philadelphia Inquirer/Tribune News Service

PHILADELPHIA — Pamela Mack Jr. has spent much of the last two years launching a grassroots community organization she calls A Million Minds March. She's planning a spring gala fund-raiser to help raise money to buy a building from which she wants to provide mentoring, job training, and grief counseling for young people from parts of Philadelphia where such services are sorely needed but often are in short supply.

"When you have babies dying on the street, it's time to stand up and make some noise," she said. "It's time to build the village back up."

Mack, 44, a Southwest Philadelphia mother of eight who has been invited to regularly speak to teens who find themselves in trouble with the law, said she believes her organization will succeed because "I love to do this work."

A former executive assistant at Blue Cross Blue Shield, Mack runs a home-based bakery and helps her daughters, ages 11 and 16, with a T-shirt business. She first thought of naming her nonprofit A Million Moms March but settled on A Million Minds March because she wants to reach more than just mothers.

"It's about changing minds, to me," said Mack, who has a small board to help her strategize but no budget. And she has what some may view as personal baggage: two of her three sons are behind bars for gun-related crimes.

Her eldest son, Maurice Puckett, 28, is incarcerated at the state prison in Centre County, Pa., for possessing a firearm while on probation from an earlier aggravated-assault conviction. And her 24-year-old son, Marquan Mack, 24, was arrested in Winslow Township, Camden County, in April and charged with attempted murder, aggravated assault with a firearm, and related crimes for allegedly firing a gun in the direction of a group of juveniles during an argument.

Rather than disqualifying her from helping others, Mack believes her sons' plight gives her more insight and credibility in steering young people away from the city's culture of gun violence.

"And what I could have done better is gotten out of the relationship I was in," she says, referring to what she described as an abusive 21-year union with her ex-husband that she believes traumatized her sons and contributed to their multiple scrapes with the law as teens, and eventually as adults.

Once the one who provided comfort to mourning loved ones, a father faces burying his own 15-year-old daughter — Helen Ubiñas

The metamorphosis of grieving parent into activist is familiar in American life: John Walsh cofounded the National Center for Missing & Exploited Children after the kidnapping and murder of his son, Adam; and in Philadelphia, Dorothy Johnson-Speight created Mothers in Charge after the 2001 murder of her son, Khaaliq Jabbar Johnson, over a parking dispute.

But for parents like Mack, whose children are the accused, there are few role models. Mack says she is determined because there is so much she wants to do.

On Sept. 11, her fledgling organization sponsored a march from City Hall to the Art Museum in memory of those lost to gun violence in the city this year. The event fell short of the crowd of 1,000 she hoped to attract, but she said she was grateful for the support of the 110 people who turned out. "I know for next year to be more prepared and know the community better that I am trying to reach," she added.

Mack said the motivation to create a safe haven for young people comes not just from her sons' being behind bars but also because of the near-death experience of her 21-year-old godson, who was shot seven times while a friend of his was shot 20 times near 60th and Market Streets last year. They both survived.

"I know gun violence because gun violence is everywhere," she said. "But at the same time, I have experienced it myself, unfortunately."

Gunshots took a 13-year-old who was friends with everyone. At his North Philadelphia school, it's 'utter devastation.'

Last Christmas Eve, the violence she speaks of came through the front door and windows of her Southwest Philadelphia home, where three generations of relatives and friends had gathered, she recalled.

Someone — who she later was told was gunning for her son Marquan — stood outside and riddled the house with bullets, causing everyone to dive to the floor. No has been arrested in the shooting, she said, and Marquan was not at home at the time.

"He was dealing in things he had no business dealing in," she said of her son. "No one was shot, and I praise God for that. ... He blessed us where no one was injured or hurt. It was something I never experienced. I'd never want anyone to experience that."

As Mack continues the launching of A Million Minds March, she has sought advice from veterans in the city's activist community, including Terry Starks, director of Expressureself Urban Crisis Response Center, and the Rev. Dr. Wesley Proctor, pastor of Victory Christian Center in Southwest.

"She's on time. She's diligent, and she's compassionate about bringing things back to the norm," said Starks. "There's not too many people out here that you can rely on. Pam Mack is one who you can. She went through her experiences, and she wants her voice to be heard. She wants to galvanize those who have gone through the same type of trauma."

Proctor, whose Wesley Proctor Ministries Inc. has provided professional assistance in forming nonprofits to more than 1,000 people, including Mack, said he was impressed with her commitment to making Philadelphia safer.

"We need voices like hers in the community because oftentimes people are afraid or don't share enough of their personal struggles and stories about what it took for them to get to where they are," he said. "It took a lot of courage for her to even put this organization together."

Mack says she looks forward to the time when her sons will be free and hopes they will want to share their stories with the young people she works with.

Not feeling this too-woke pope

I’ve never been a fan of the current pope. Read more