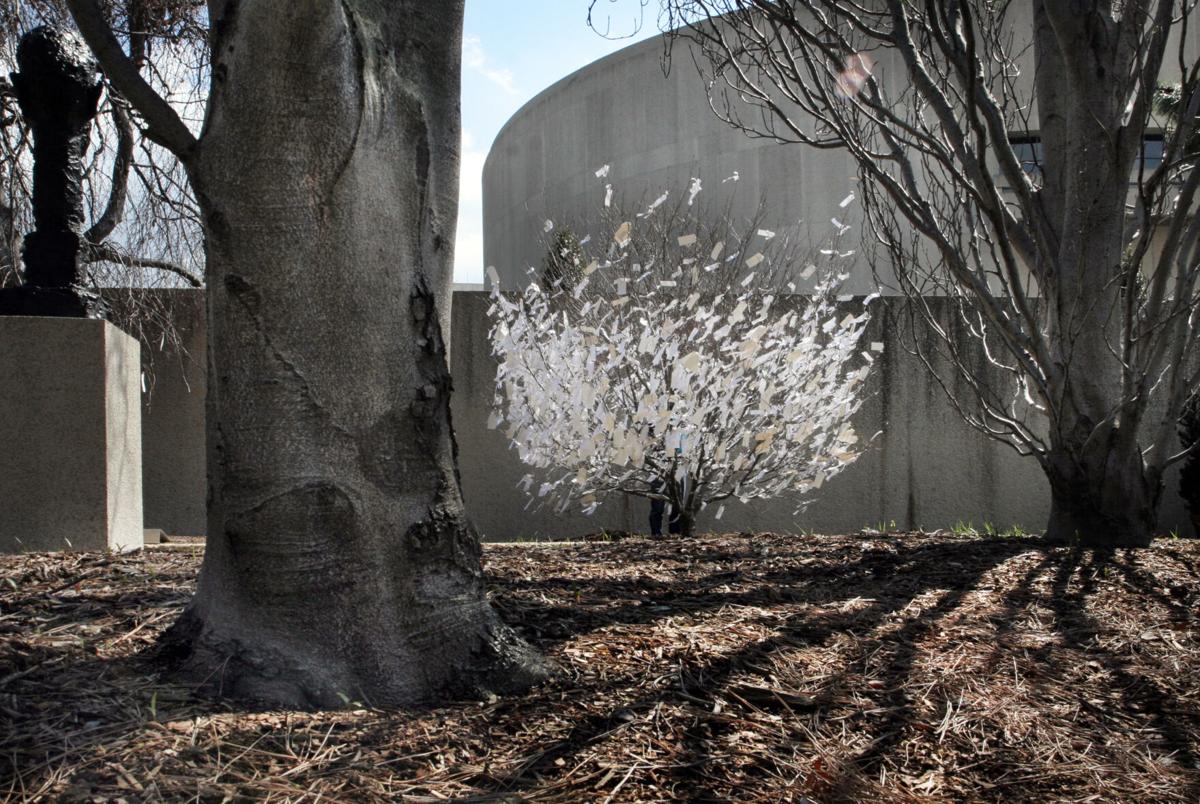 GROWTH: In this 2007 photo, the Hirshhorn’s wish tree looks as if it is blossoming with wishes. Jahi Chikwendiu/The Washington Post 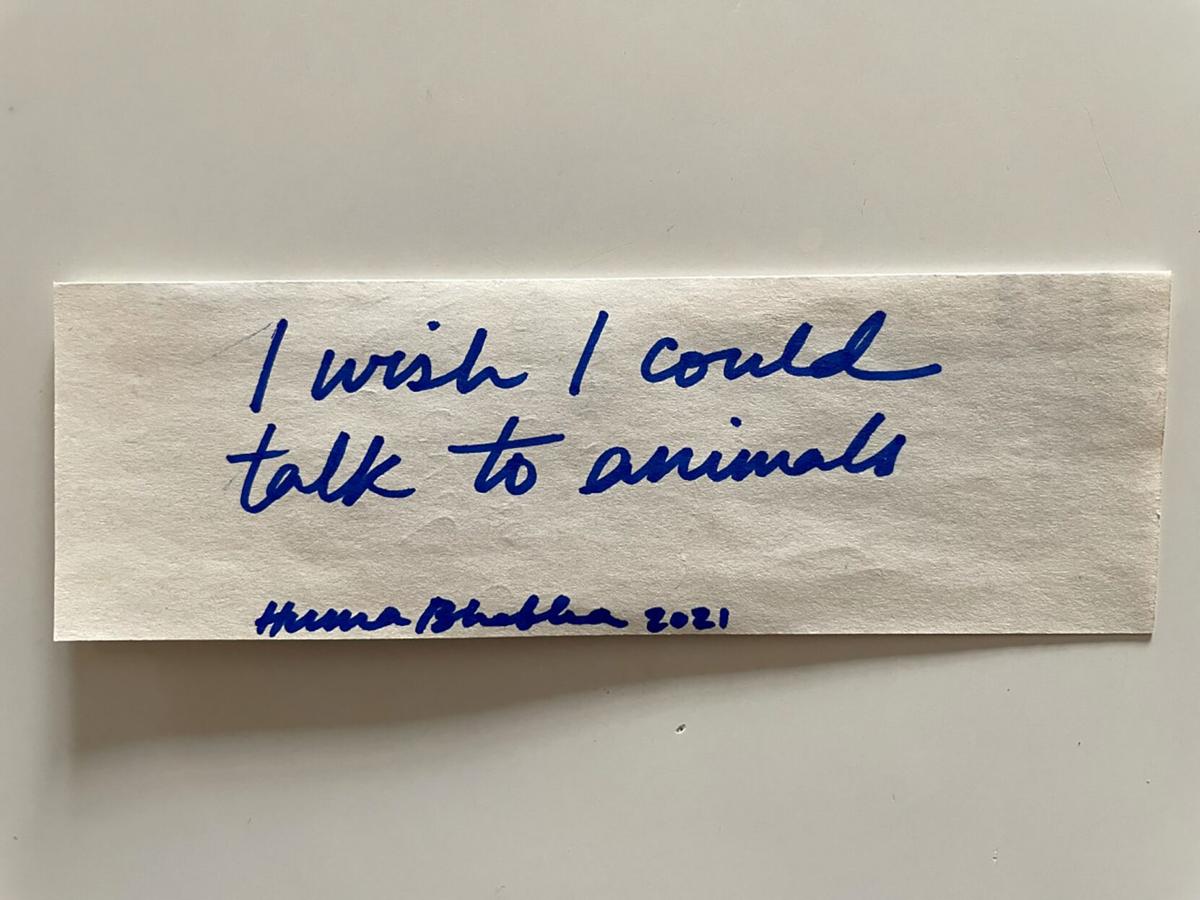 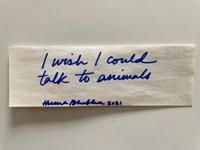 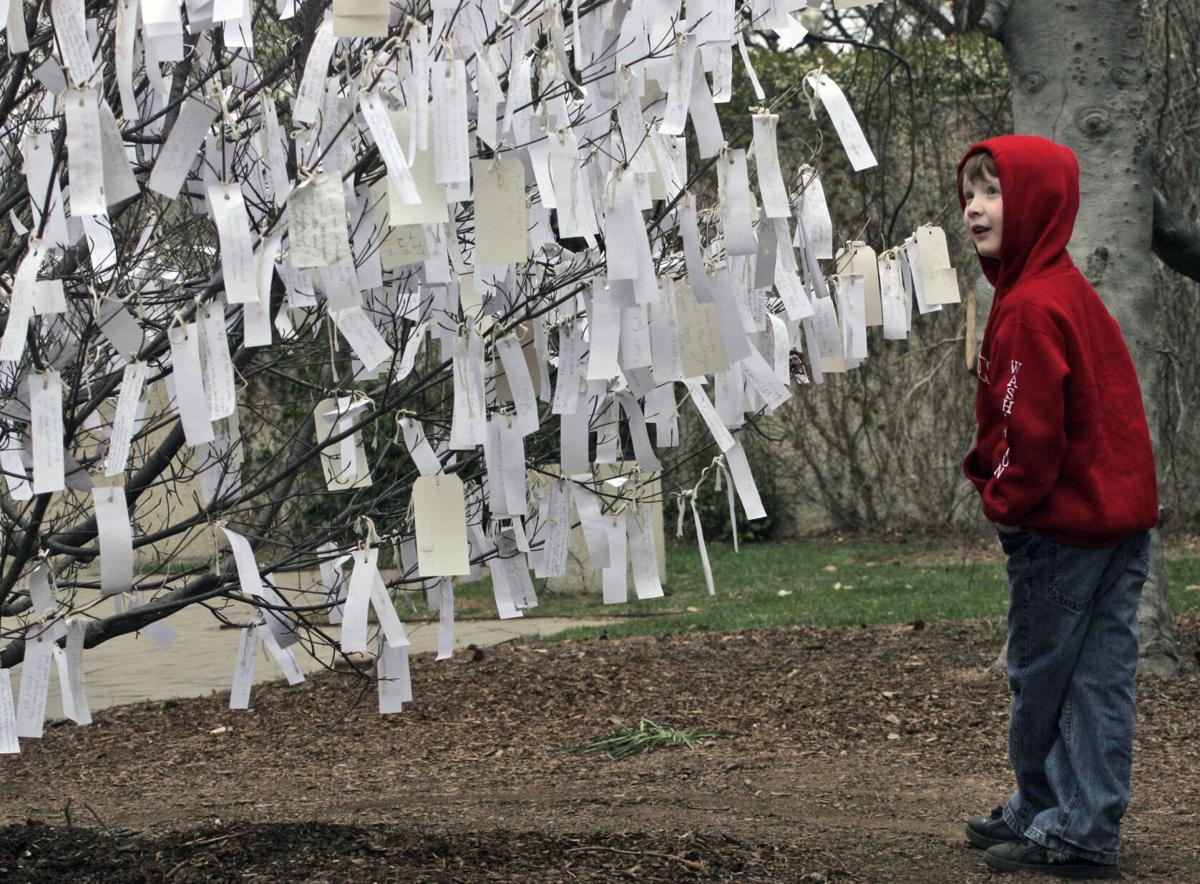 SHARED DREAMS: In a 2007 photo, Lucas Pritchard of Rochester, N.Y., reads some of the wishes left by visitors on the Hirshhorn’s wish tree. Bill O’Leary/The Washington Post

GROWTH: In this 2007 photo, the Hirshhorn’s wish tree looks as if it is blossoming with wishes. Jahi Chikwendiu/The Washington Post

SHARED DREAMS: In a 2007 photo, Lucas Pritchard of Rochester, N.Y., reads some of the wishes left by visitors on the Hirshhorn’s wish tree. Bill O’Leary/The Washington Post

WASHINGTON - Each spring at the Hirshhorn Sculpture Garden, white notecards bearing wishes dangle from the branches of Yoko Ono's "Wish Tree for Washington DC." Some years, they swallow up the dogwood, thick as heavy snow. Other years they simply decorate it, bright like a second bloom.

This year, for the first time since it was installed in 2007, the Hirshhorn's wish tree will be partially virtual. Through the end of April, the museum, with Ono's permission, is taking wishes posted to Instagram with the hashtag #WishTreeDC and transferring them to the tree. Then, in late summer or fall, the museum will mail them to Ono's Imagine Peace Tower just outside Reykjavik, where the wishes will join more than a million others, compiled since Ono started making wish trees in the 1990s. The Hirshhorn has also invited dozens of artists - including Jenny Holzer, Charles Gaines, Rafael Lozano-Hemmer and Olafur Eliasson - to participate.

Among the contributing artists' wishes are idealistic visions and impossible dreams. Byron Kim wishes people would be more concerned with unity than diversity. Huma Bhabha wishes to talk to animals. Ugo Rondinone wishes we could skip the 21st century completely.

Through the shift to social media, an experiential piece in person is becoming more of a collective performance online. The private act of wishing becomes public self-expression. And on Instagram - a platform more about aspiration than action - the reality that wishes are equal parts helpless and hopeful is central.

Los Angeles-based artist Liz Larner made a pragmatic request: She wishes the burden of recycling didn't always fall on the consumer. But her wish - made amid a dispiriting quest to break down the plastic she uses in her sculptures - is more than an expression of exasperation.

"A wish is the first impetus toward action," Larner said in a phone interview. "People keep wishes to themselves a lot of the time, but I think when a wish gets out, there's more possibility for it to come true."

In a way, the evolution of the "Wish Tree" into the digital realm is quintessential Yoko Ono. In the 1960s and '70s, Ono took part in an international avant-garde art movement titled Fluxus, which was particularly active in New York. Fluxus artists sought to upend what art could be - making works that were impermanent, unfinished, participatory and event based.

Ono's own work has long played with the line between private and public. In her 1969 protest artwork "bed-in-for-peace," she invited the media into her and John Lennon's honeymoon bed. In a seminal 1964 work, "Cut Piece," she asked audiences to cut off bits of her clothing.

With much of Ono's art, the more people who participate in it, the more complete it becomes. She has written a book filled with instruction-based works known as "scores." She has asked visitors to hammer nails into a painting. Famously, upon meeting Lennon at her solo show at London's Indica Gallery, she handed him a card that instructed him to "breathe."

"(Artists) usually want to just perfect something and never let people touch it," Ono told Interview Magazine when asked about her participatory works. "So I thought that's why this could be good, because it's very different. It even goes against my feelings - I don't want to give up the control."

Giving control to the audience also means opening the work up to different tastes - for better or for worse. "It goes against my snobbery," Ono said in the same 2013 interview, while laughing. And many of the wishes that have appeared on Washington's wish tree over the years - for new Legos, to "smoke weed every day" - are likely not what Ono envisioned when she began making them, inspired by the wish trees she had visited growing up in Japan.

For artist Ken Lum - who wished that he had "met my wife sooner" - not all wishes are created equal. There are the instant gratification wishes of the Lego variety. Then there are the kind of wishes he encountered with his Chinese American family: long-term wishes.

One day in 1969, while visiting his grandmother's tiny apartment in Lower Manhattan - where, he says, she prayed to a shrine in the kitchen several times a day - she shared a wish: "I wish that your children will prosper." Age 10 or 11 at the time, Lum, now an artist and art professor at the University of Pennsylvania, recalls thinking, "What about me? You skipped over me?"

Now, Lum sees how his grandmother's wish reflected differences in what he calls Western and Eastern wish systems. The former, he says, focusing on personal "wish fulfillment" and the latter "embedded in the cosmological view of the world that all things are interconnected."

In wish trees, which are popular in temples around East Asia, there is a picture of such interconnectedness. Traditionally, attaching a wish to a tree is a private act, but "it's only one contribution of possibly thousands, " Lum notes.

Each wish is a part of a joint ritual, during which the wishes become less about the request or the result andmore about something else entirely.

"Even though no one knows each other," Lum says, "what you have is an image of a community."