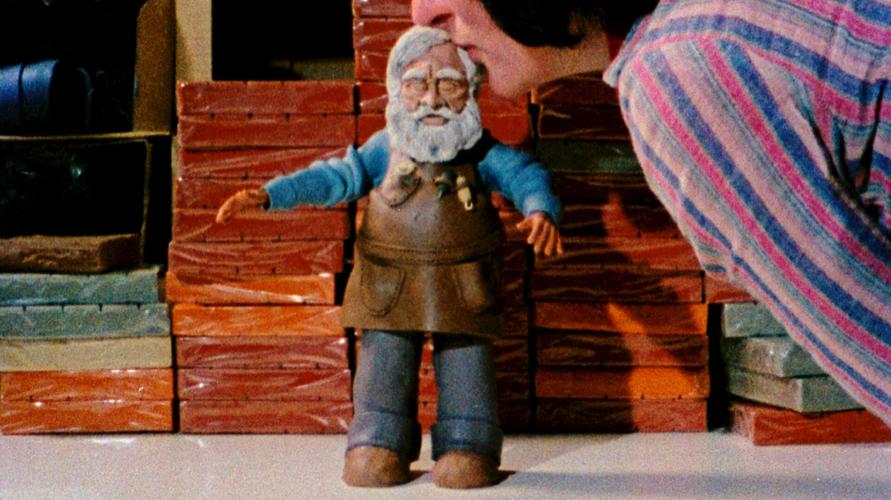 'MARTIN THE COBBLER': A behind-the-scenes look at the making of Will Vinton's 1977 short "Martin the Cobbler" from the film "Claydream." Oscilloscope 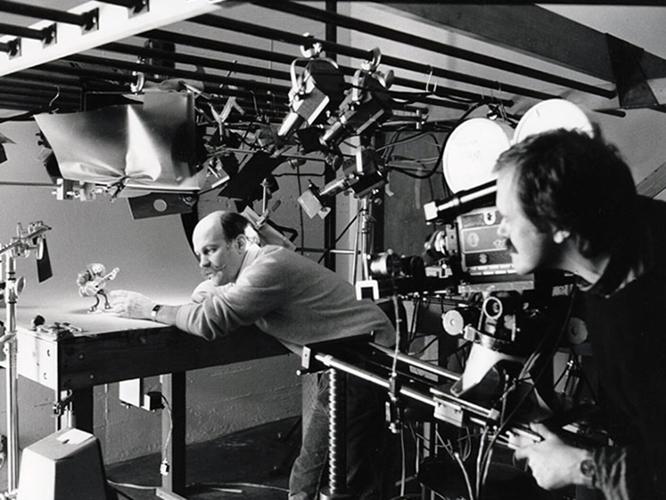 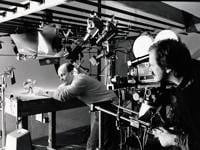 ON SET: Will Vinton, left, on the set of a California Raisins shoot in a scene from the documentary "Claydream." Oscilloscope

'MARTIN THE COBBLER': A behind-the-scenes look at the making of Will Vinton's 1977 short "Martin the Cobbler" from the film "Claydream." Oscilloscope

ON SET: Will Vinton, left, on the set of a California Raisins shoot in a scene from the documentary "Claydream." Oscilloscope

Will Vinton may not be a household name, outside the world of animation junkies. But anyone who was around in the 1980s will recognize his best-known creations: the California Raisins, a Motown-style singing group created for the California Raisin Advisory Board, and the Noid, a rabbit-eared saboteur of 30-minute pizza delivery created for Domino's Pizza.

In the lively and compelling documentary "Claydream," filmmaker Marq Evans tells Vinton's rags-to-riches-to-rags story, beginning with his 1975 Oscar (shared with co-director Bob Gardiner) for the film "Closed Mondays." The animation technique used in both that short film and the ads, like most of Vinton's work, was stop-motion, using Plasticine clay, ushering in what might be called the golden age of clay animation.

Vinton, who coined the term claymation to describe the style, now widely recognizable - think "Wallace and Gromit" - also executive-produced the short-lived TV series "The PJs" (1999-2001), set in an inner-city housing project and featuring the voice of Eddie Murphy. But in 2003, Vinton's Portland, Ore.-based studio, struggling because of mismanagement and such misfires as the critically panned 1985 feature "The Adventures of Mark Twain," was acquired by Nike co-founder Phil Knight, an investor in Vinton's company since 1998.

Knight eventually forced Vinton out and renamed the company Laika, which went on to make such acclaimed features as "Coraline," "ParaNorman," "The Boxtrolls," "Kubo and the Two Strings" and "Missing Link," all Oscar nominees. As for Vinton, he died in 2018, after walking away from the company he founded with a paltry $50,000 severance.

The film opens with 2004 footage recorded during depositions for a lawsuit filed by Vinton against Knight, and uses those depositions as a through line around which to structure a tale that is simultaneously inspiring and dispiriting. Some of the most delightful moments in the film feature archival footage of an interview with Vinton, syncing the audio to visuals of a claymation avatar Vinton created.

In "Claydream," some say that Vinton aspired to become a second Walt Disney, and that he hoped at one point that his creation Wilshire Pig - arguably a physical parody of Hollywood fat cats who ultimately appeared in only a couple of forgettable TV specials - might become another Mickey Mouse. We all know that neither of those things came to pass. But what did, admiringly laid out by filmmaker Evans, makes for a fascinating saga, especially for fans of animation.