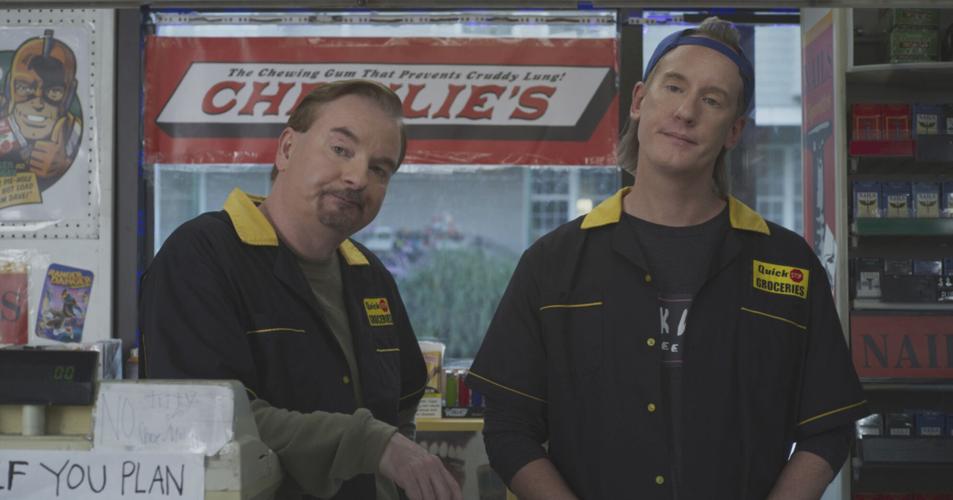 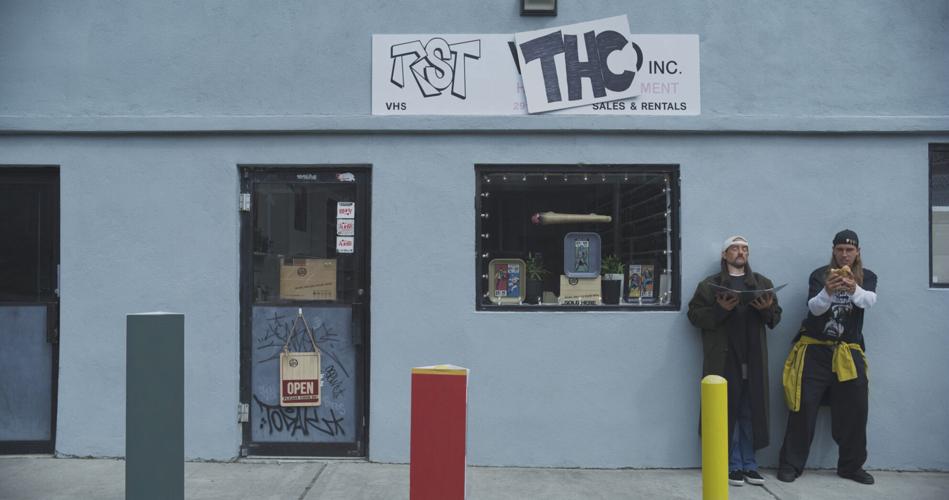 Like Dante and Randal, the slacker protagonists of the movie "Clerks" - who, as the sequel "Clerks III" opens, haven't gotten very far from the counter of the Quick Stop convenience store where that no-budget 1994 movie was set - writer-director Kevin Smith just can't seem to move on. Admittedly, his 2006 "Clerks II" showed the un-dynamic duo briefly seeking greener pastures at a fast-food restaurant after a fire at the store, but the new film opens with the two of them back in business at the Quick Stop - if "in business" is the right term for entrepreneurs who are as customer-unfriendly as ever.

The black-and-white "Clerks" made a name for Smith, while convincing a generation of wannabe auteurs that they could make a movie that looked as cheap yet was as heartfelt as his. Smith has made other films in between installments of this trilogy, including "Chasing Amy" in 1997 and, more recently, "Tusk." But something about these "Clerks" characters - and he plays one of them: the taciturn store hanger-on known as Silent Bob - keeps pulling him back to the well.

The question is: Why? The water has long since run dry.

As "Clerks III" gets underway, with the franchise's trademark blend of amateurish acting, sophomoric humor and inane, pop-culture-riffing dialogue to get the game going, Randal (Jeff Anderson) is having a massive heart attack, just as Smith did in 2018. That close call inspires him to make a no-budget, black-and-white film memoir based on the retail experiences of Dante (Brian O'Halloran) and him. That movie turns out to be very "Clerks"-like, with actual footage from the first film passed off as footage shot in this film. (It's a little weird and hard to swallow that the now-middle-aged O'Halloran and Anderson somehow look 28 years younger whenever the camera is on them. Perhaps that's the rose-colored glasses of nostalgia.)

It's all quite meta, in a lazy, half-baked way, with auditions for the film-within-a-film taking place at the same New Jersey "dessert theater" where Smith actually held auditions for "Clerks": the First Avenue Playhouse in Atlantic Highlands. This gives Smith the opportunity to show a semi-amusing montage of tryouts by movie stars pretending to be nobodies: Ben Affleck, Fred Armisen and others.

I said the water in this well had long run dry, and that's true. But the movie is actually drowning in something else: sentimentality. And when it manages to extricate itself from that goop - best exemplified by the reappearance of an actor from the second movie, whose character shows up here in ghost form - it wallows in raw mushiness about friendship and the good old bygone days of youth, with nary a thought of wringing out one single insight about life that isn't cliched or insipid. The best moment in the film is when, unexpectedly, Silent Bob speaks.

There may be a reason "Clerks III" isn't being released conventionally, with a traditional, open-ended run starting on a Friday. Rather, it's playing Sept. 13-18 only, through Fathom Events, a company known for offering limited theatrical screenings of such live offerings as comedy, opera, Broadway shows, sporting events and other niche offerings. The "live" part is ironic. "Clerks III" is a movie for die-hard fans and die-hards only.

How to watch: In theaters