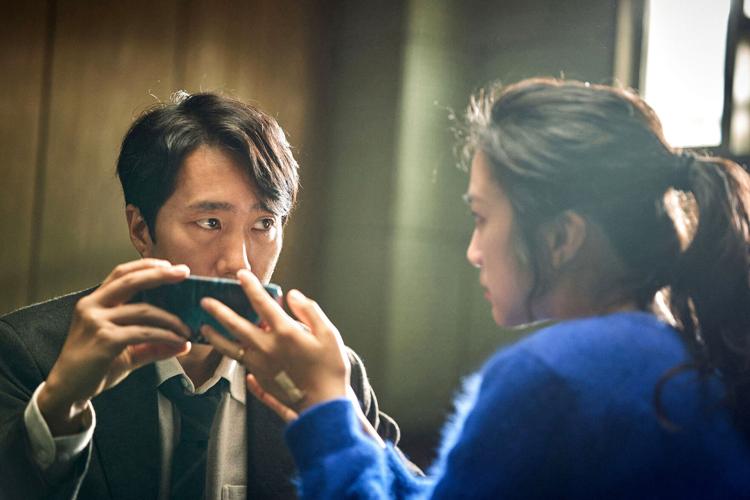 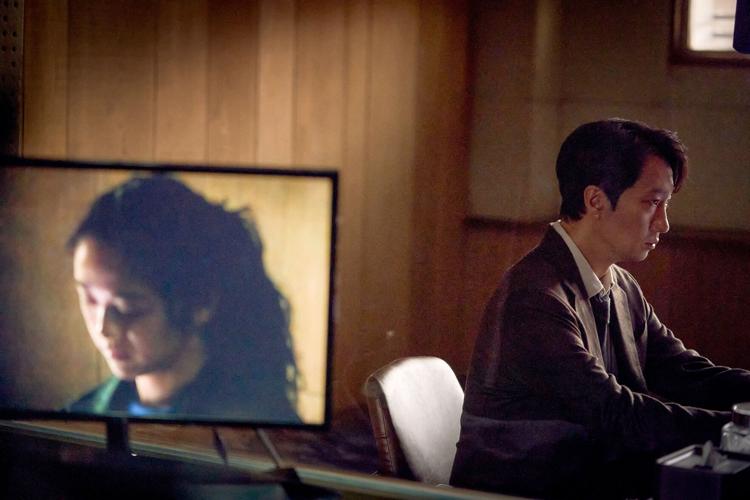 South Korea's Oscar submission in the international feature category, the twisty, heavily hyped romance "Decision to Leave," has already garnered a best-director prize at Cannes for Park Chan-wook, the director of "Oldboy," "Stoker" and "The Handmaiden" - works of undeniably arresting visual power that are, nevertheless, something of an acquired taste. If you have developed an appreciation for them, then the news of the new film's accolades and generally positive reviews will make you think that it's about time for the world to acknowledge the greatness of this distinctive storyteller. If, however, despite numerous attempts, you still just don't get it (guilty as charged), "Decision" will simply confirm what you've come to expect from the auteur: another movie in which style overwhelms substance.

The film opens with the investigation of a man's suspicious death at the base of a steep cliff outside Busan. Did he jump, or was he pushed? We'll get to that, but first let us show you some close-ups of ants crawling across the corpse's still-open eyes. Nice, in a not-so-nice kind of way. Gradually, this murder mystery widens to accommodate a tale of ill-advised romance, bordering on obsession, between the case's homicide detective, Hae-joon (Park Hae-il), and the main suspect, who also happens to be the victim's wife: Seo-rae (Tang Wei), who doesn't seem especially upset by her husband's untimely death.

As Hae-joon notes, his own wife probably wouldn't be, either. But in his case, the apathy and estrangement are due to his chronic insomnia. Despite an early sex scene, Hae-joon's wife lives in another city, making his never-consummated affair with Seo-rae - a Chinese-speaking caregiver for the elderly who possesses the ability to lull Hae-joon to sleep - easier to carry on. From time to time, Seo-rae deals with her communication issues by speaking Chinese into her cellphone and allowing an app to translate it into Korean. Digital technology - texts, GPS, etc. - is integral to the film (which was co-written by Park and Chung Seo-kyung). That's true of both the romance and the police investigation, which, over nearly 21/2 hours, eventually incorporates a second suspicious death, also involving Seo-rae and, yes, a second husband.

If the setup sounds noirish, it should. But Park doubles down on both the best and the worst attributes of the genre it hopes to evoke. Doomed, impossible love? Check. Scenes of moody, nocturnal activity such as police surveillance - filmed with an aesthetic that's more "The Big Sleep" than "Law & Order"? Check. Moral ambiguity? Check.

But "Decision to Leave" is also needlessly complicated and at times almost impossible to follow, its narrative inscrutability often coming across less as the result of nonlinear storytelling than as simply a cinematic affectation. One key plot development, involving a cellphone's incriminating location-service feature, is played like some kind of 21st-century version of the telltale fingerprint, left behind by a careless criminal. But one question is never answered, let alone asked: Why would a killer who goes to such great lengths to cover their tracks need to bring phone to a murder in the first place?

There are other head scratchers here, large and small, in a story that at times seems to go out of its way to make the viewer feel - and I'll put this as generously as I can - disoriented. Perhaps that's meant to mirror the dizzy way that Hae-joon feels, as ethics and Eros vie for control of his faculties.

Sure, I'll buy that. And so will a lot of people. (A lot of them already have.) But whether that experience is pleasurable or painful will depend on where you land on one critical question: Is the movie dense, or am I?

Unrated. At theaters. Contains some sex and violence. In Korean and Chinese with subtitles. 138 minutes