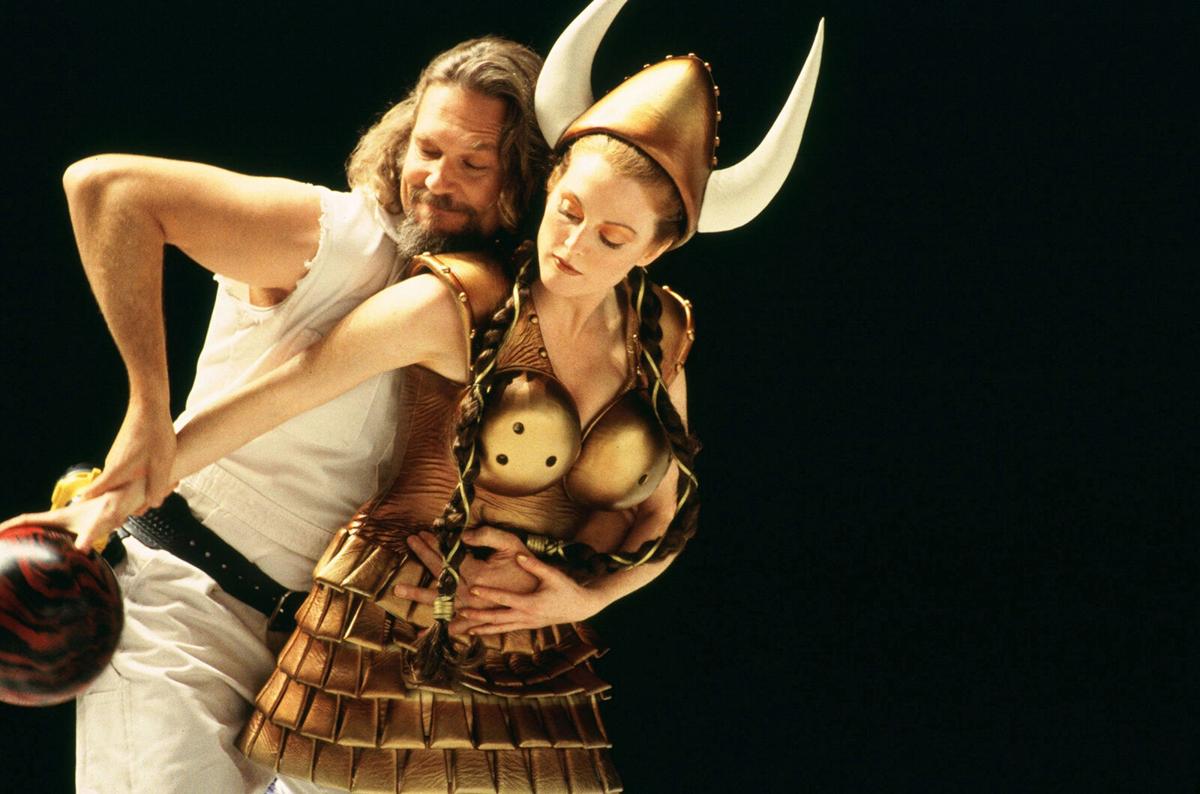 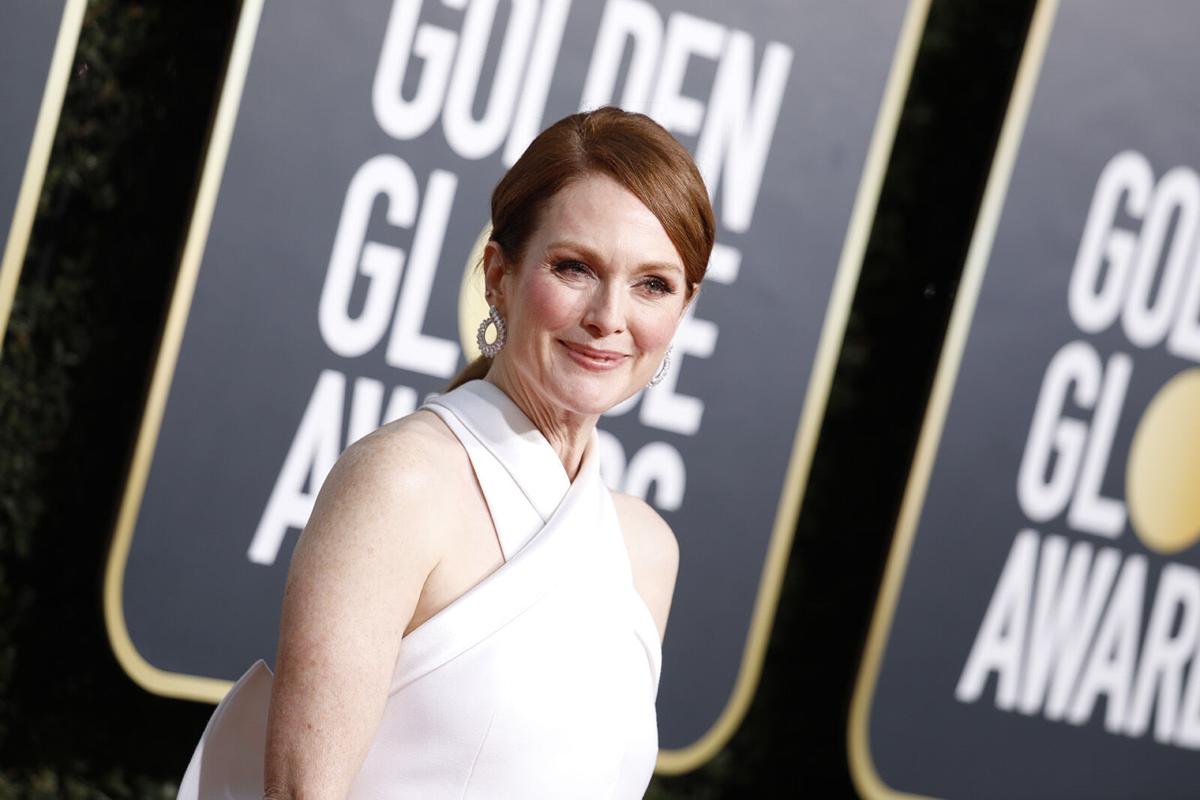 How does a woman who looks as extraordinary as Julianne Moore get away with playing so many ordinary people?

I've sat next to her so I can confirm her skin is luminous and she's one of the few stars who's actually better looking in person than in the movies. In the golden era of Hollywood, that would have consigned her to Greta Garbo/Marlene Dietrich territory, playing goddesses whose feet only briefly touched the ground. But we are fortunate that Moore can turn that glamour on and off, which is why pretty much every top director wants to work with her.

That was 1999, during the era when Moore chose one unconventional project after another. Once in a while, she'd pop up in a "Jurassic Park" sequel or a Sylvester Stallone caper but scanning Moore's overstuffed page on IMDb yields the realization that she works like mad and nobody but movie critics see a lot of her stuff.

Few well-known Oscar winners ("Still Alice," a so-so movie in which she's incredible) have as many hidden gems on their resumes. You can see Moore playing a reckless rock star along the lines of Patti Smith in a drama adapted from a Henry James novella ("What Maisie Knew"). Or a plucky coupon champ in "The Prize Winner of Defiance, Ohio." Or a glamazon in "A Single Man." Or a maniacal heiress in "Savage Grace." Or a freedom fighter in "Children of Men."

Come to think of it, none of those people sounds all that ordinary. Moore can disappear into characters who are mothers, teachers or Joan Baez ("I'm Not There") because she locates the specific behaviors that help us believe in them. Not only is Moore wildly different from film to film but her characters often vary within the length of a movie, as if she recognizes that none of us presents the same face to everyone.

Take (little-seen) "Gloria Bell," in which director Sebastian Lelio trusts Moore enough to know that he can keep the camera focused on her face while she dances and that the dejected/hopeful/jubilant story of her character's life will play across her features.

"I don't think I come at acting ever from a performative place," Moore has said, somewhat surprisingly. A voracious reader all her life, she said, "I like the feeling of being in the middle of a story and when I started acting, that's what it felt like: being inside a book."

Obviously, it's an actor's job to disappear into characters but Moore's insistence that she is a storyteller may be the reason that, in the following and many other movies, she's so adept at finding the ordinary humanity in extraordinary women.

Todd Haynes' melodrama, his first of four with Moore, is about a woman who becomes convinced she's allergic to the world around her. That could seem like a concept in search of a story in the hands of another performer but it becomes horrifying and sad because Moore embodies her lost character with such humanity.

The actor enters into the spirit of Joel and Ethan Coen's warped comedy with gusto. Her Maude Lebowski is a self-involved performance artist with an accent that doesn't exist in nature, unless you count what Katharine Hepburn used in '30s movies as "nature." In her infrequent forays into comedy, Moore seems to relish absurd dialects; her supposedly Danish character in the screwball "Maggie's Plan" also is hilarious.

Moore reteamed with Anderson for this phantasmagoric melodrama, set among troubled residents of Los Angeles. In a role the writer/director tailored to her, Moore is a prescription-drug addict, heartbroken because the husband she married for money is dying, just as she has realized she actually loves him. Fiery, despondent and finally hopeful, Moore's Linda Partridge is a revelation.

Neal Jordan's exemplary adaptation of Graham Greene's novel preserves his emphasis on the teachings of the Roman Catholic Church and pours on the swoony romance, with Moore and Ralph Fiennes as an adulterous couple even death cannot separate. (Bonus: Michael Nyman's passionate score is an all-timer.)

Way back when Moore starred on the soap opera "As the World Turns," she participated in a yearslong workshop process that resulted in this Wallace Shawn/Andre Gregory/David Mamet take on Anton Chekhov's classic. It's an unusual theater/movie hybrid that was only seen by casting directors, who were so dazzled by Moore's vital, careless Yelena that, pretty soon, it seemed like she was in every movie.

Sebastian Lelio's study of an indomitable woman who refuses to let life's disappointments get her down (a remake of his own, Chilean "Gloria") is inspiring because Moore's performance is such a lived-in wonder. The standout scene is the one mentioned above: The dejected title character hits the dance floor at a wedding when Laura Branigan's "Gloria" comes on and Lelio keeps the camera on Moore's face as the song seems to assure her that better things are ahead.