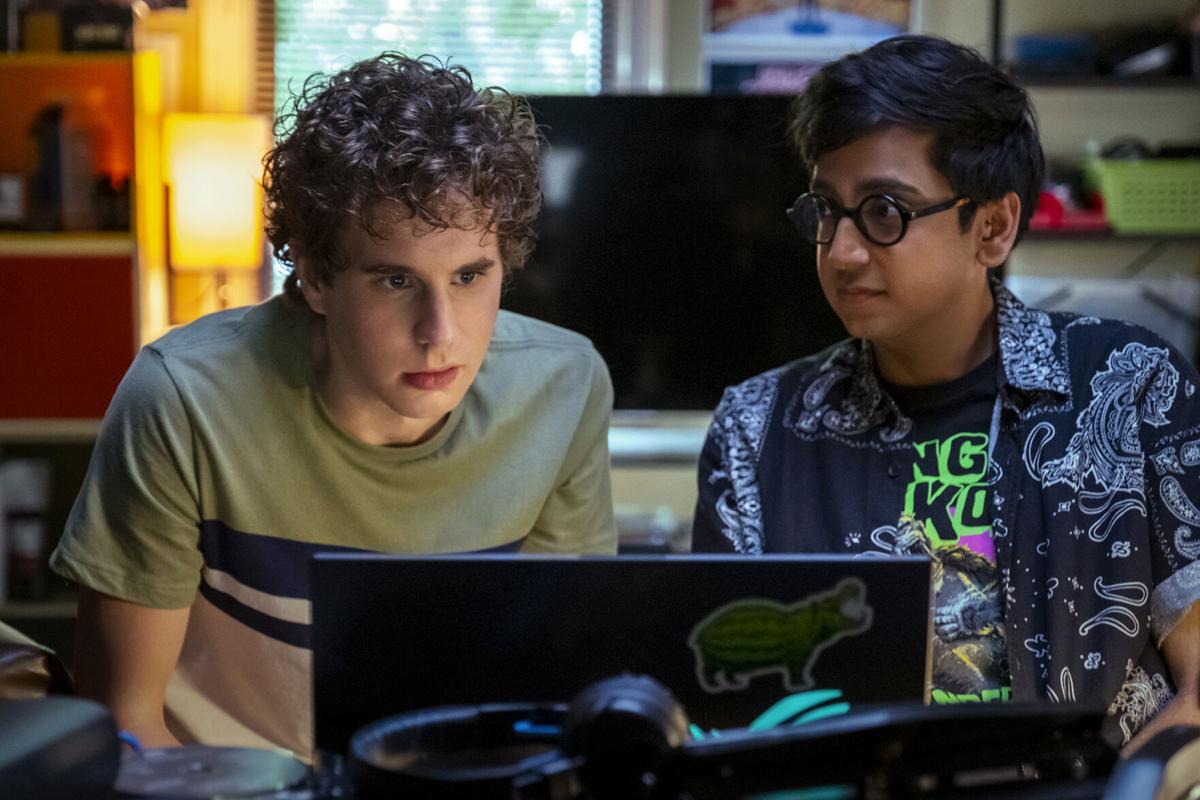 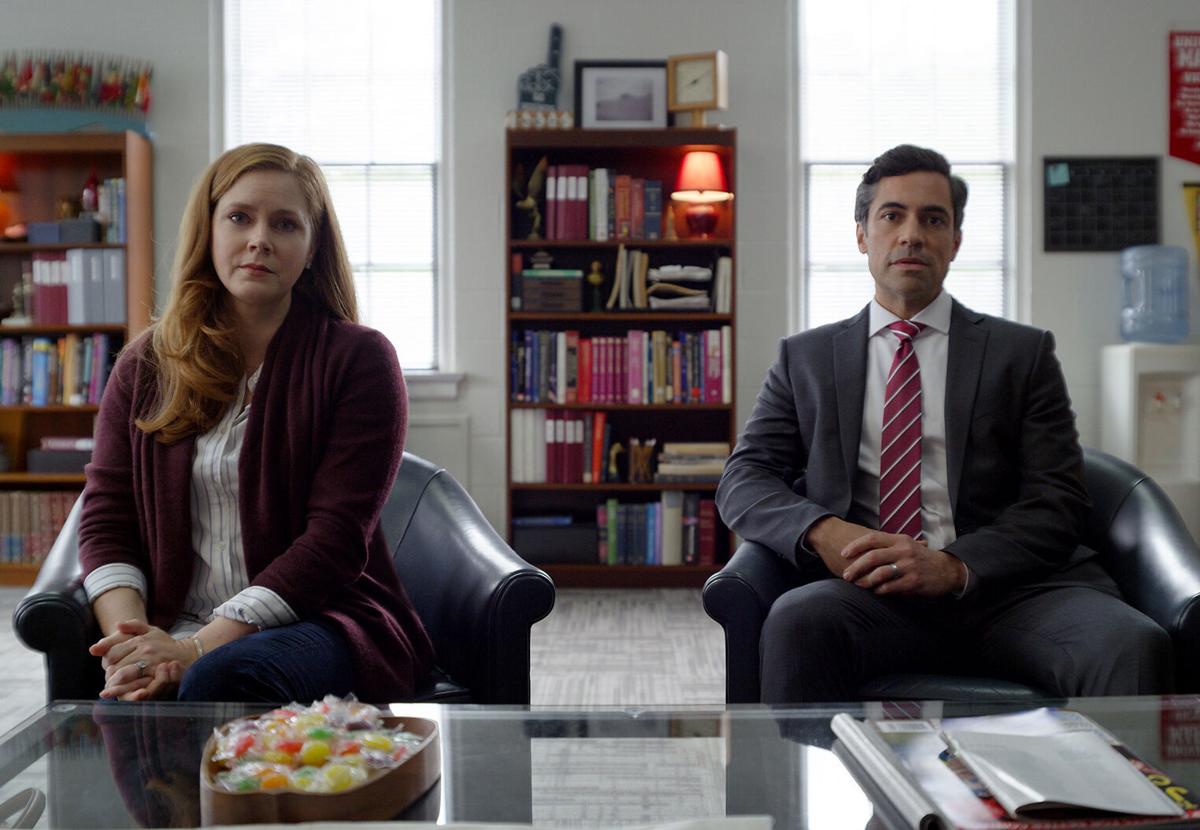 Considering the stage musical "Dear Evan Hansen's" titular wallflower at one point belts out the mantra, "All that it takes is a little reinvention," it was perhaps inevitable that the creative team behind the Tony Award-winning show wouldn't be satisfied with a by-the-numbers film version.

In adapting his own work, about an anxiety-riddled high-schooler entangled in a well-meaning lie, playwright-turned-screenwriter Steven Levenson doesn't just refine "Dear Evan Hansen." He reconsiders and restructures nearly every scene from the show, which premiered at Washington, D.C.'s Arena Stage in 2015, became a Broadway smash a year later and transformed star Ben Platt into an unlikely matinee idol. But amid Levenson's overhaul and director Stephen Chbosky's grounded aesthetic – both of which fluctuate between fascinating and flummoxing – "Dear Evan Hansen's" foundation thankfully survives the stage-to-screen remodeling.

Sure, the movie became an easy target for social media snark after its trailer prompted out-of-context jabs at the thorny plot and overblown critiques of Platt's age. (At 27, a decade older than the high school student he plays, he's reprising the role that won him a richly deserved acting Tony.) Yet, the moment Platt's soaring vocals are paired with Benj Pasek and Justin Paul's pop rock-infused score and layered lyrics, "Dear Evan Hansen" works its medium-transcending magic. As an empathetic examination of loneliness in the age of hyperconnectivity, Levenson's plot machinations bring on the waterworks, as well.

Not much is going right for Evan when we meet him on the first day of his senior year at a nondescript Bethesda, Md., school. His caring single mother, Heidi (Julianne Moore), is too overworked as a night-shift nurse to fully perceive his pain. His closest friend, Jared (an amusingly sardonic Nik Dodani), barely tolerates his presence. Sporting a cast on his recently broken arm, Evan is a bundle of tics and trembles as he pops prescription meds, wanders the school's hallways alone and pens a therapist-assigned letter to himself.

When irritable outcast Connor Murphy (Colton Ryan) pockets the letter and later takes his own life, the boy's mother (Amy Adams, doing a lot with a little) and stepfather (Danny Pino) mistake it for a suicide note addressed to Evan. That grim misunderstanding sets off a unintended chain of events: Evan plays along with the notion that he was Connor's friend, first figuring he'll help a grieving family heal, then shaping that fiction into a coping mechanism for his own trauma. When that purported bond spirals and goes viral, online communities reveal themselves as a beacon of compassion and a haven for vitriol.

Although the story beats are the same, their rhythm is not. Platt modulates his performance, swapping his manic stage presence for raw vulnerability; it's a different Evan but no less poignant. As Zoe, Connor's sister and Evan's crush, Kaitlyn Dever brings her wounded eyes and soothing soprano to a more fully realized version of the character. Alana (Amandla Stenberg), Evan's overachieving classmate, imbues the tale with newfound nuance about mental health through the standout power ballad "The Anonymous Ones," which Stenberg co-wrote for the film with Oscar winners Pasek and Paul (also known for "La La Land" and "The Greatest Showman").

Chbosky shoots that number, Platt's earworm opener "Waving Through a Window" and the irreverent rocker "Sincerely, Me" with appealing zeal, stretching "Dear Evan Hansen's" world to locales that the stage production could never reach: a pep rally, a state park, a go-kart track. The "Perks of Being a Wallflower" director also brings a tender touch to "Requiem," a heart-rending rumination on shades of grief, and Moore's moving rendition of "So Big/So Small."

The commitment to realism, however, comes with trade-offs. The stage show's stylish design – a darkened set illuminated by towering social media feeds – is more interesting than anything Chbosky achieves visually, aside from a fleeting flourish in the uplifting anthem "You Will Be Found." By scaling back the script's laughs and excising four songs (plus countless reprises), the film at times lands in an uncanny valley between the heightened musical at its core and the weightier young adult drama Chbosky seems to have envisioned.

As for its central moral dilemma, the movie ponders just how much good can justify Evan's deception. Does "Dear Evan Hansen" let its hero off the hook too easily? Detractors – some thoughtful, some reductive – have argued that it does. Evan's tortured soul loses plenty, though, all while enduring no shortage of self-punishment. An extended coda for the film, highlighted by a touching new song for Connor, further fleshes out Evan's repentance.

With "Dear Evan Hansen" hitting theaters shortly after the Disney Plus taping of "Hamilton" won Emmy gold and a filmed version of "Come From Away" on Broadway landed on Apple TV Plus, one can't help but wonder if a similar time capsule would have been the preferable way to capture Platt's performance. Maybe so, but this is the send-off we got. As a postscript to Platt's remarkable journey with Evan, from Arena Stage to Hollywood, "Dear Evan Hansen" still strikes a chord.