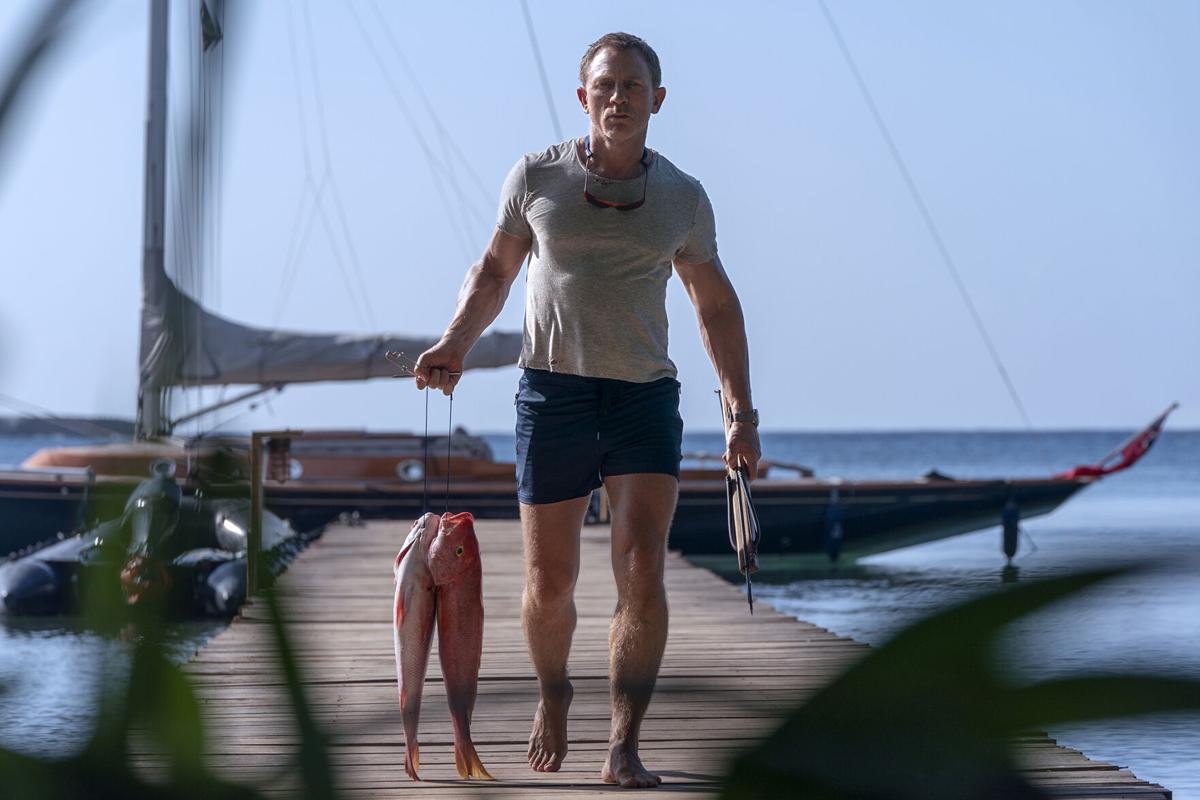 CALLED OUT OF RETIREMENT: Daniel Craig in "No Time to Die." Nicola Dove/Metro-Goldwyn-Mayer Studios 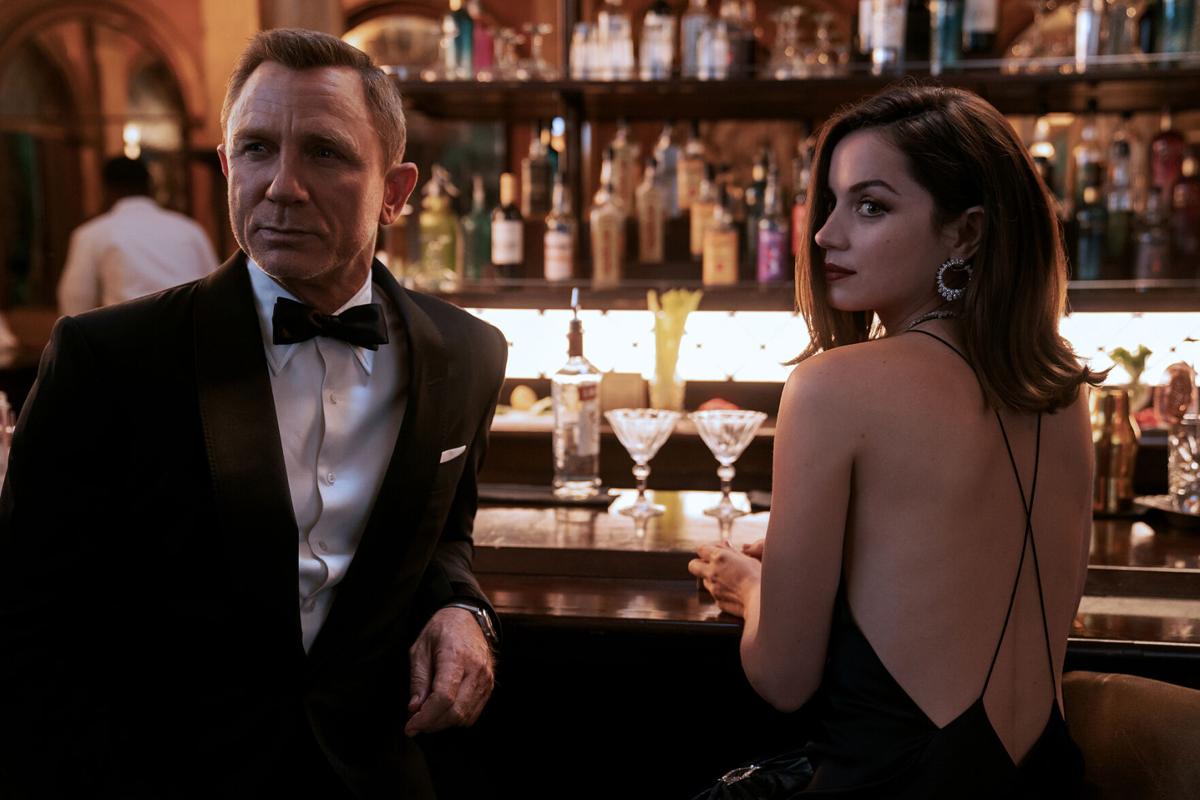 CALLED OUT OF RETIREMENT: Daniel Craig in "No Time to Die." Nicola Dove/Metro-Goldwyn-Mayer Studios

What's remarkable, though if only in a small way, is the evolution of the hero's instincts over the course of this chapter-closing installment in the action-thriller saga.

"No Time to Die" is a bit too long and a bit too complicated, with a villain in the form of Rami Malek's Lyutsifer Safin, whose motivation in seeking a genetically programmable bioweapon that microtargets its victims by DNA is murky, to say the least.

It does come in handy, however, as a plot device, particularly at the film's climax.

At the same time, Daniel Craig's fifth and final outing as the secret MI6 superagent James Bond is also a fittingly complicated and ultimately perversely satisfying send-off for the actor, whose character as the film gets underway isn't even Agent 007 any more, but a retiree (as Craig is about to become, from this franchise). As the fast-paced, even frenzied film gets underway, we pick up with Bond – can anyone get away with calling him James, other than his lady friends? – on holiday with his honey: Léa Seydoux's sexy psychiatrist Madeleine Swann, whom we met in the last film, "Spectre."

A brief flashback prologue adds a layer of backstory to her dossier, and then "Die" really gets rolling, with a bang.

Make that several bangs. An explosion – complete with a (preposterous, yet quiet literal) calling card left by the criminal organization Spectre – is rapidly followed by a chase through the cobblestone streets of a quaint Italian village, involving multiple assailants and automatic weapon fire, and culminating in an abrupt leave-taking between Bond and Madeleine.

This would appear to be in line with Bond's storied love-'em-and-leave-'em romantic ethos, except that Craig's version of the character has always been a little more of a softy: The emotional magma has always flowed hot and heavy beneath his gruff and grouchy crust. Case in point: The bomb goes off while Bond is visiting the grave of Vesper Lynd (Eva Green), the woman he has been struggling to get over ever since Craig's 2006 debut in "Casino Royale."

Oh well, we'll see Madeleine again, and "Spectre's" Blofeld (Christoph Waltz), who is still pulling some strings despite being locked up in Belmarsh Prison. But the film, which could easily lose 30 minutes, only gradually narrows its focus. Eventually, it becomes clear that it's about Safin's efforts to acquire the precision biotech known as Heracles – developed in a secret MI6 lab and stolen, along with the one geek (David Dencik) who knows how to use it – and Bond's efforts to stop him.

Another old friend from earlier films, CIA handler Felix Leiter (Jeffrey Wright), shows up to help, while Bond's replacement at MI6 (a delightful Lashana Lynch) is briefly our hero's rival.

Surprises along the way

There are a few other surprises, both pleasant and unpleasant, along the way. In the former category: an interlude, set in Cuba, featuring Ana de Armas as Paloma, a green CIA recruit who teams up with the skeptical Bond in pursuit of the Heracles weapon. Paloma turns out to have more skills and seasoning than her three weeks of secret agent training – as she advertises to Bond, with chipper overeagerness – would indicate. I'd happily watch a whole movie about her. The diversion is a cute one, in a film that turns increasingly dark as time wears on.

And with a running time of nearly 2 hours 45 minutes, it does wear on.

But the most meaningful surprises involve Bond himself. As the story (by director Cary Joji Fukunaga, Neal Purvis, Robert Wade and Phoebe Waller-Bridge) progresses, the protagonist slowly becomes worthy of being seen as "James," not 007, or even Mr. Bond. As Madeleine reminds him, early in the film, he isn't built for trusting people. Years of loss and betrayal have only hardened that psychic armor.

But something happens here, and it doesn't concern the fate of mankind.

What's remarkable, though if only in a small way, is the evolution of the hero's instincts over the course of this chapter-closing installment in the action-thriller saga, which culminates in an act of not just trust, but something more profound – something both vulnerable and powerful.

"No Time to Die" suggests a ticking countdown clock, and like many Bond films before it, that plot point is central to the film. But there's another metronomic, if slightly accelerated beat we can just make out at the end of this 15-year story cycle, and that is the sound of James Bond's heart.