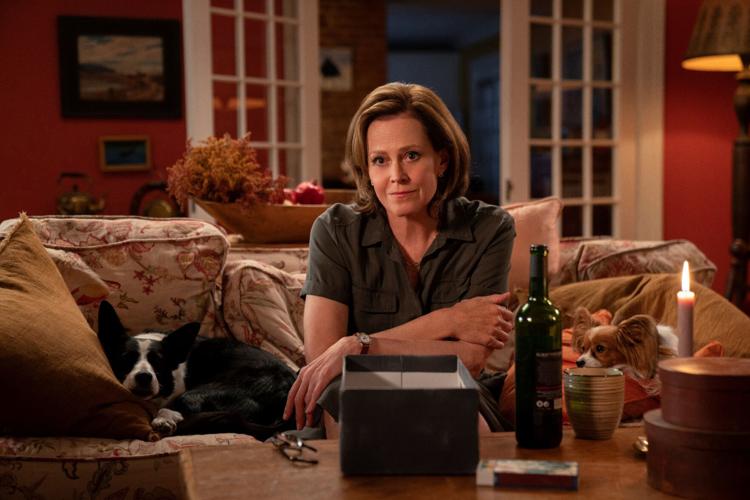 COZY ON THE SOFA: Sigourney Weaver in “The Good House.” Michael Tompkins/Lionsgate/Roadside Attractions 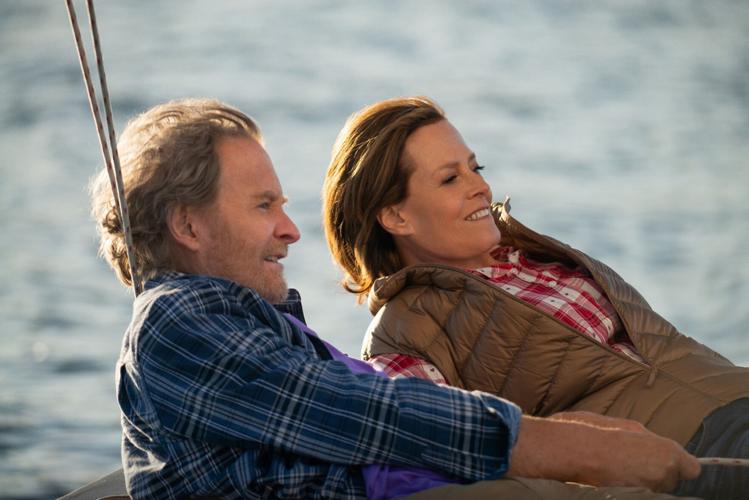 ON THE WATER: Kevin Kline, left, and Sigourney Weaver in “The Good House.” Michael Tompkins/Lionsgate/Roadside Attractions

COZY ON THE SOFA: Sigourney Weaver in “The Good House.” Michael Tompkins/Lionsgate/Roadside Attractions

ON THE WATER: Kevin Kline, left, and Sigourney Weaver in “The Good House.” Michael Tompkins/Lionsgate/Roadside Attractions

Remember back when alcoholism was a punchline?

"The Good House" doesn't exactly hark back to the days of comic Foster Brooks, whose broadly slapstick "drunk" act was a comedy staple of the 1970s, but Sigourney Weaver's portrayal of a woman with a drinking problem in the film is for the most part too cute for comfort.

Weaver's talents are nevertheless given a strong showcase in the character of Hildy, a small-town real estate agent on the North Shore near Boston. We meet Hildy as she's trying to sell a water-view property to a couple who can't possibly afford it. In the first of many times she addresses the camera, Hildy explains, "This is how it always begins: with denial."

Of course, Hildy - who has been losing clients to a former protege - is the one who's in denial. After introducing us to a cast of supporting characters who seem like figures out of a Hallmark Channel adaptation of Sherwood Anderson's "Winesburg, Ohio," the film jumps to the middle of a family intervention.

How to watch: In theaters

Sounds like a sobering drama, right? However, as directed by Maya Forbes and Wallace Wolodarsky (who co-wrote the screenplay, based on Ann Leary's 2013 bestseller, with Thomas Bezucha), the fraught subject gets puts on the back burner in favor of rustic charm. Turns out the setting is perfect for a rom-com - one that plays like the story of the town lush getting back together with an old paramour, Frank, played by the ever-affable Kevin Kline.

Hildy's frequent asides to the camera could be interpreted as a signal that the character can't face reality. But the film suffers from a similar problem, depicting her crisis with the blithe touch of a stand-up routine. "Thanksgiving is a lot to ask of a sober person," Hildy cracks, before sipping a Bloody Mary. "In my mind, wine isn't really drinking. Vodka definitely is."

Weaver takes this conflicted role in stride. The actress may be decades away from her breakthrough appearance in "Alien," but she still conveys authority in her bearing, which makes her character's fall that much harder.

But even an actress this good can't elevate the film. It figures: Forbes's 2014 directorial debut, "Infinitely Polar Bear" - a semi-autobiographical story inspired by her father's bipolar illness - treated mental illness as ukulele-infused dramedy. "The Good House" strikes a similarly cloying tone. Despite Hildy's complaints about the high price of coffee in her gentrifying town, the film's folksy score (by Theodore Shapiro) sounds like music from a feature-length coffee commercial - granted, with a central performance whose notes of genuine defeat and regret work against the cozy air of provincial comfort.

Then there are all the on-the-nose needle drops, including Donovan's "Season of the Witch." (Hildy is descended from a Salem resident who was accused of witchcraft. It's a detail the film doesn't do much with, other than to give the character some vaguely psychic abilities.)

"The Good House" has a lot of potential and features some attractive amenities, including dramatic conflict and a seasoned cast. But like a subpar property, it just doesn't show well in a highly competitive market.

When considering topics for this column, I struggle with subject matter. But with some divine intervention, the topic hits me squarely. Three … Read moreJudicial corporal punishment