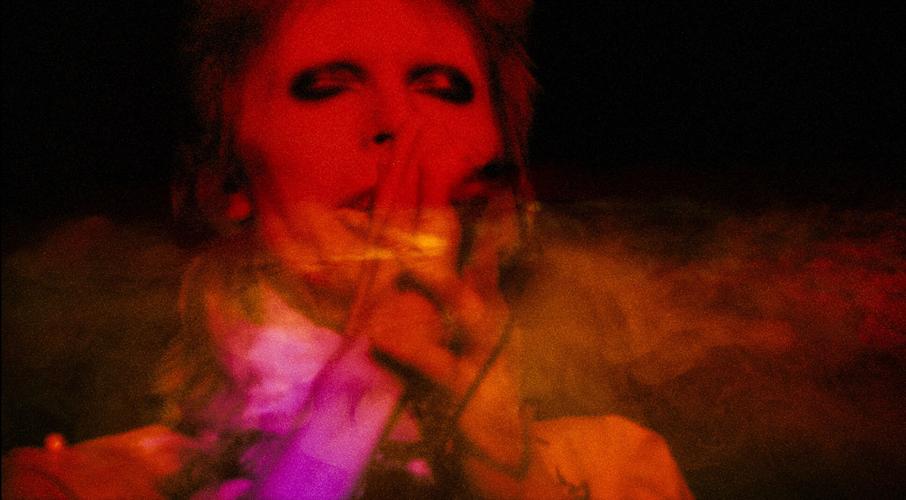 DREAMER: The late David Bowie is the subject of the documentary "Moonage Daydream." Neon 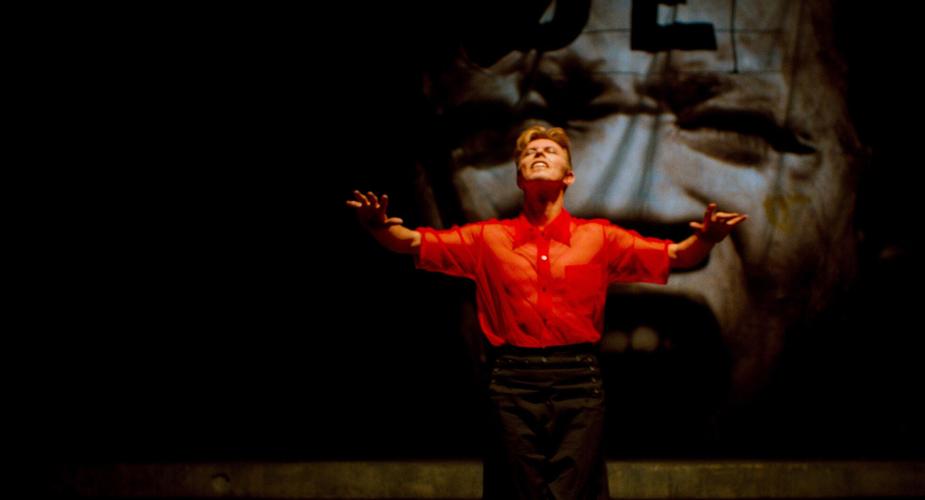 DREAMER: The late David Bowie is the subject of the documentary "Moonage Daydream." Neon

"It was a pudding of new ideas."

That's how shape-shifting rock star David Bowie, in the film "Moonage Daydream," remembers the tasty pop-culture environment that inspired him to use an onstage persona by the name of Ziggy Stardust to, as he puts it, create "the 21st century in 1971."

It's also an apt way to describe director Brett Morgen's dizzying documentary profile of Bowie, who died in 2016 just two days after his 69th birthday. The film doesn't include any talking heads or identifying captions; the structure largely muddles chronology and at any moment might juxtapose a clip from D.A. Pennebaker's 1973 film "Ziggy Stardust and the Spiders from Mars" with behind-the-scenes shots from Bowie's 1984 tour or even a 21st-century music video.

It's a disorienting strategy. And it may be the best approach to summing up the chameleonic Bowie, perfectly capturing the excitement of that pudding.

Morgen spent four years selecting material from the musician's voluminous archives, combing through nearly half a century of interviews, concert clips and film appearances as well as never-before-seen footage and unpublished writings and visual art. Morgen's quick-cut collage also inserts brief historical and cultural markers to put Bowie in context without weighing things down with exposition. So the keen-eyed might recognize clips from a Fred Astaire and Ginger Rogers movie, or Michael Powell's Technicolor classic "The Red Shoes."

Occasionally, Morgen's mash-up is too on the nose. It isn't necessary to illustrate the lyric "Put your ray gun to my head," from the song that lends the film its title, with a clip of a 1950s sci-fi monster getting its head blown off. But even that puts Bowie's "alien rock star" stage presence into context. And for the most part, the 20th-century collage is as unpredictable as Bowie was at his best.

'Art is about searching'

While "Daydream" mostly avoids the traps of strictly chronological music documentaries that end up playing like audiovisual Wikipedia entries - I'm looking at you, "The Sparks Brothers" - there still is room for standard biography. But it helps that such information here comes from Bowie himself. Hence, as we hear Bowie go on about the older stepbrother who introduced him to artistic outsiders, photos of William Burroughs and John Coltrane drift onto the screen. Yet the audio seems to critique this very method as Bowie speaks of "an inexhaustible supply of extracurricular thoughts" - and the challenge of what to do with all this information.

"Art is about searching," Bowie says, and "Daydream" pays homage to that exploratory method. And if the film becomes more conventional as Bowie enters the highly commercial 1980s, that too suits the way in which the artist developed.

By the time Bowie died, he was kind of a cuddly rock elder whom everybody loved. But Morgen, with clips of earlier Bowie at his most androgynous, reminds audiences that the kind of gender-bending that seems de rigueur in 2022 was truly shocking 50 years ago.

But shock value gets an artist only so far. As Bowie drifted away from alienated personae like Ziggy or his tortured traveler in "The Man Who Fell to Earth," by his 1983 comeback "Let's Dance," Bowie had turned from a garish neon rebel to the kind of bleached-blond male model you might point to in a magazine when you're showing the mall hairstylist how you want your hair cut.

From alienation to assimilation

If the film's fractured timeline suggests a rock-and-roll version of Michael Apted's celebrated documentary anthology known as the Up series - which has followed a group of British schoolchildren, at seven-year intervals, since 1964 - so Bowie's career plays out like a very strange coming-of-age movie, from alienation to assimilation. This progression may not have been good for his art; Bowie himself wondered, as he matured and felt more comfortable in his skin: "Do I need to write anymore?"

He did, and if the highs were less frequent, Bowie continued to challenge himself until the end.

One of Bowie's formative musical memories revolves around Fats Domino. As he relates it, the young Bowie found Domino's Cajun accent incomprehensible, but that very lack of understanding was what made the music so powerful. Far from a nostalgic package of greatest hits, "Moonage Daydream" suggests that pop music is at its best when it's mysterious.