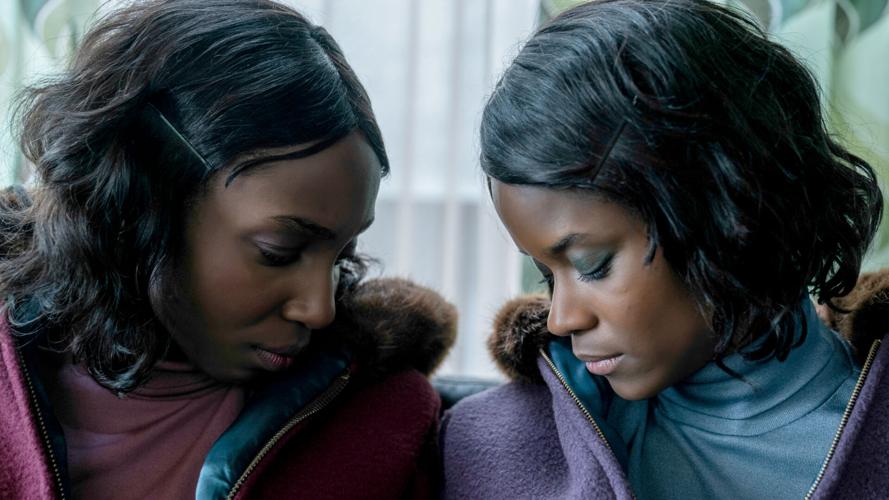 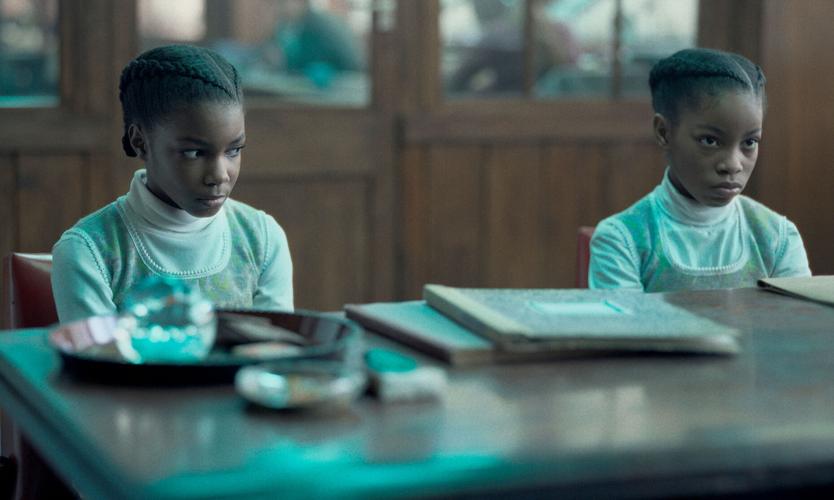 Movies based on true stories don't typically open with a sequence made with stop-motion animation. But then "The Silent Twins" attempts to tell two stories, only one of them more or less true.

The live-action drama is about June and Jennifer Gibbons, British Caribbean twin sisters who rarely spoke to anyone except each other. The funkily animated interludes derive from the sisters' fantastical fictions, many of which they attempted to have published. Director Agnieszka Smoczynska clearly means for the two narrative elements to dovetail, but more often they clash.

Among the animated vignettes are some that are eerie and poignant, such as the fable of a couple who ponder sacrificing their loyal dog to save their baby. Equally strange, if in a way less believable, is the depiction of the sisters' psychic symbiosis. Andrea Seigel's script offers little insight into the twins' psychiatric malady - no character suggests even a tentative diagnosis - but regularly supposes that the two can intuit each others' thoughts and imminent actions. When separated, the sisters experience intense pain but also extrasensory communication.

This connection is given emotional heft by the performances of "Black Panther" star Letitia Wright as June and Tamara Lawrance as Jennifer. The two are not twins, of course, but the actors' glances, gestures and whispers do effectively simulate an intense intimate bond. That the performers are not identical serves to highlight the sisters' contrasting personalities, which sometimes lead to violent brawls.

The actual Gibbons twins were born in 1963 to Barbadian parents at a British military base in Yemen. A decade later, June and Jennifer (played as children by Leah Mondesir-Simmonds and Eva-Arianna Baxter) move with their family to small-town Wales, where they're the only Black children in their school. The girls are subjected to racist bullying by classmates, a source of traumatic stress the film acknowledges only briefly.

As teenagers, June and Jennifer (now played by Wright and Lawrance) buy a typewriter and set out to become professional authors. They also discover sex (both with the same guy, a beefy blond American played by Jack Bandeira) and huffing chemicals to get high. According to the movie, the sisters are stoned when they go on a robbery and arson rampage that gets them institutionalized at Broadmoor Hospital, a high-security asylum.

Filmed in dismal interiors in the director's native Poland, the psychiatric hospital scenes are suitably grim, if too compressed to convey the anguish and tedium of the twins' 11-year incarceration. Eventually, the sisters find a champion in Sunday Times journalist Marjorie Wallace (Jodhi May), who wrote a book about the sisters, also titled "The Silent Twins" - the source of Seigel's screenplay. The women are released, but only one of them achieves true freedom.

The filmmakers establish the period with tunes by T. Rex, the Clash and Soft Cell, as well as images of Charles and Diana's royal wedding. Less evocative are the bland songs written for the movie, which feature lyrics adapted from the sisters' writings, and a few brightly hued scenes that represent liberation, mostly as an unattainable dream. "The Silent Twins" doesn't try to explain its protagonists' affliction, but the movie does express its crushing sadness.