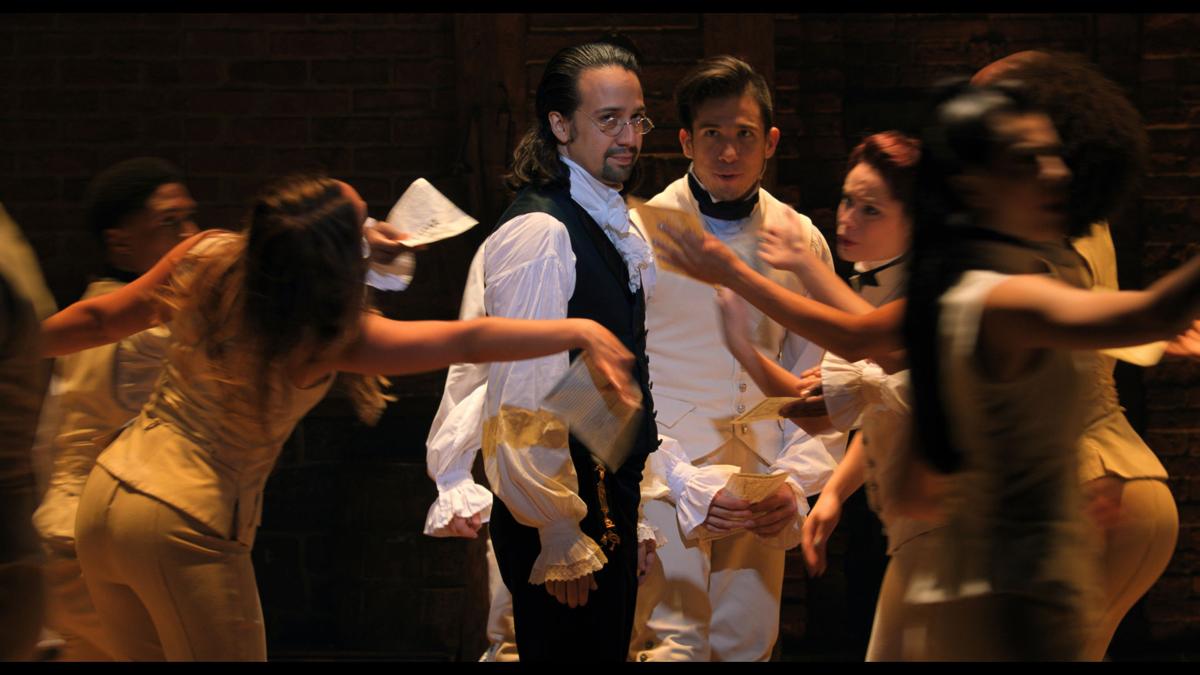 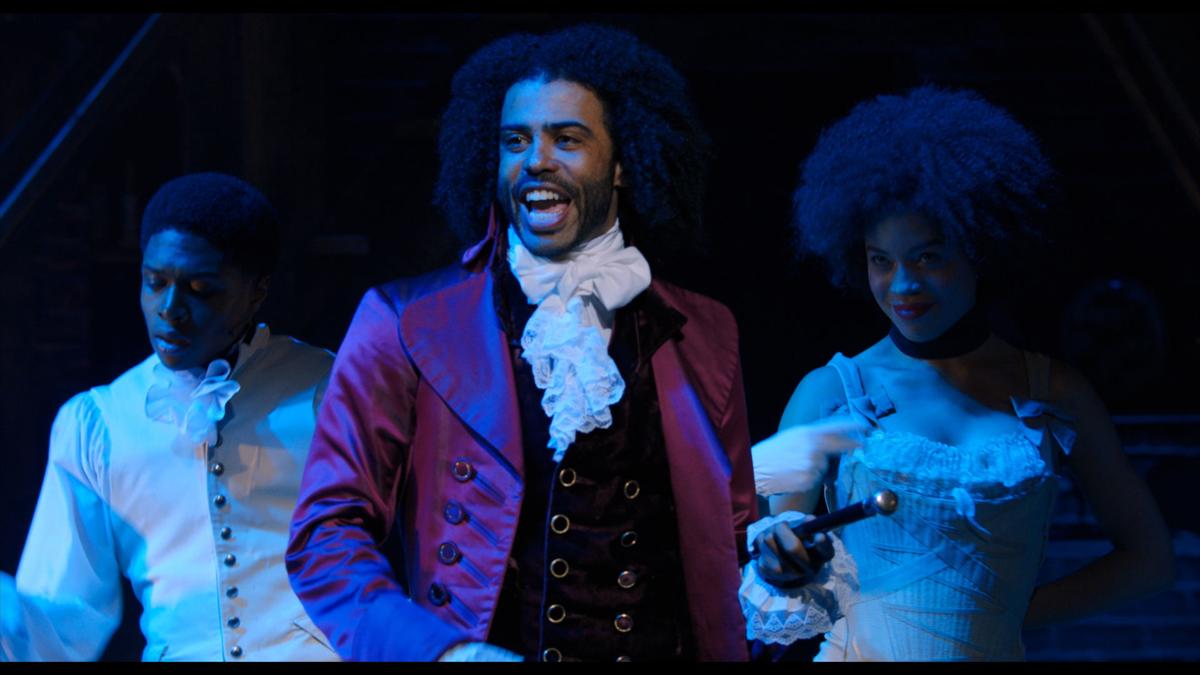 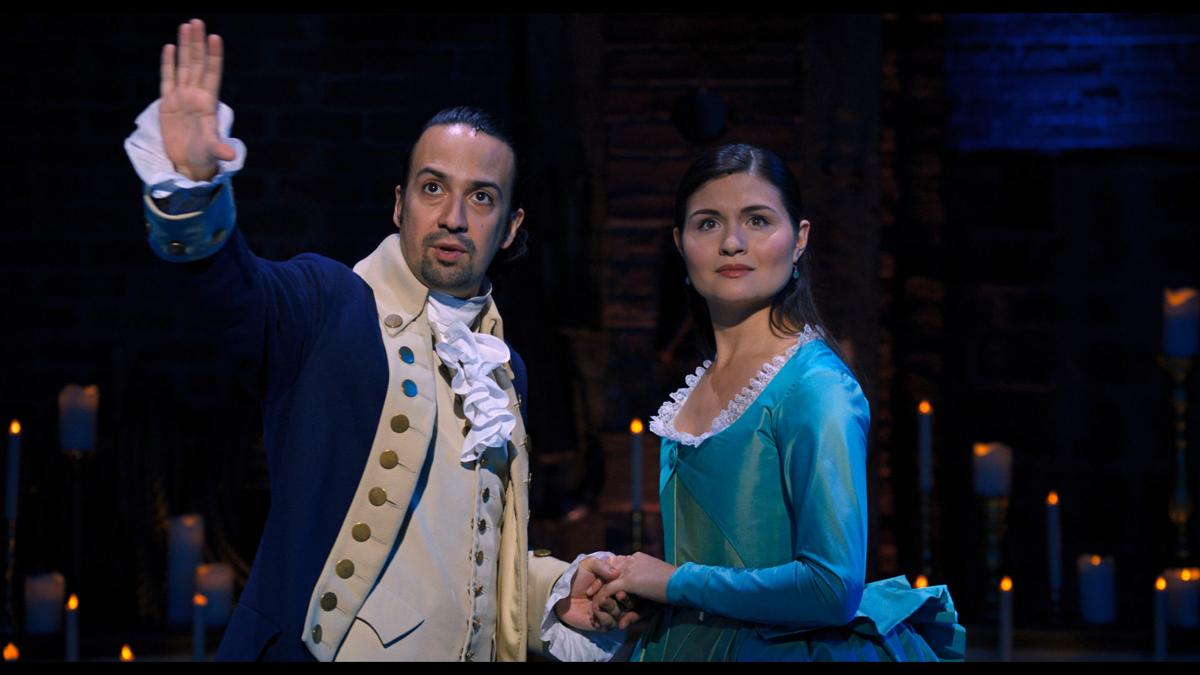 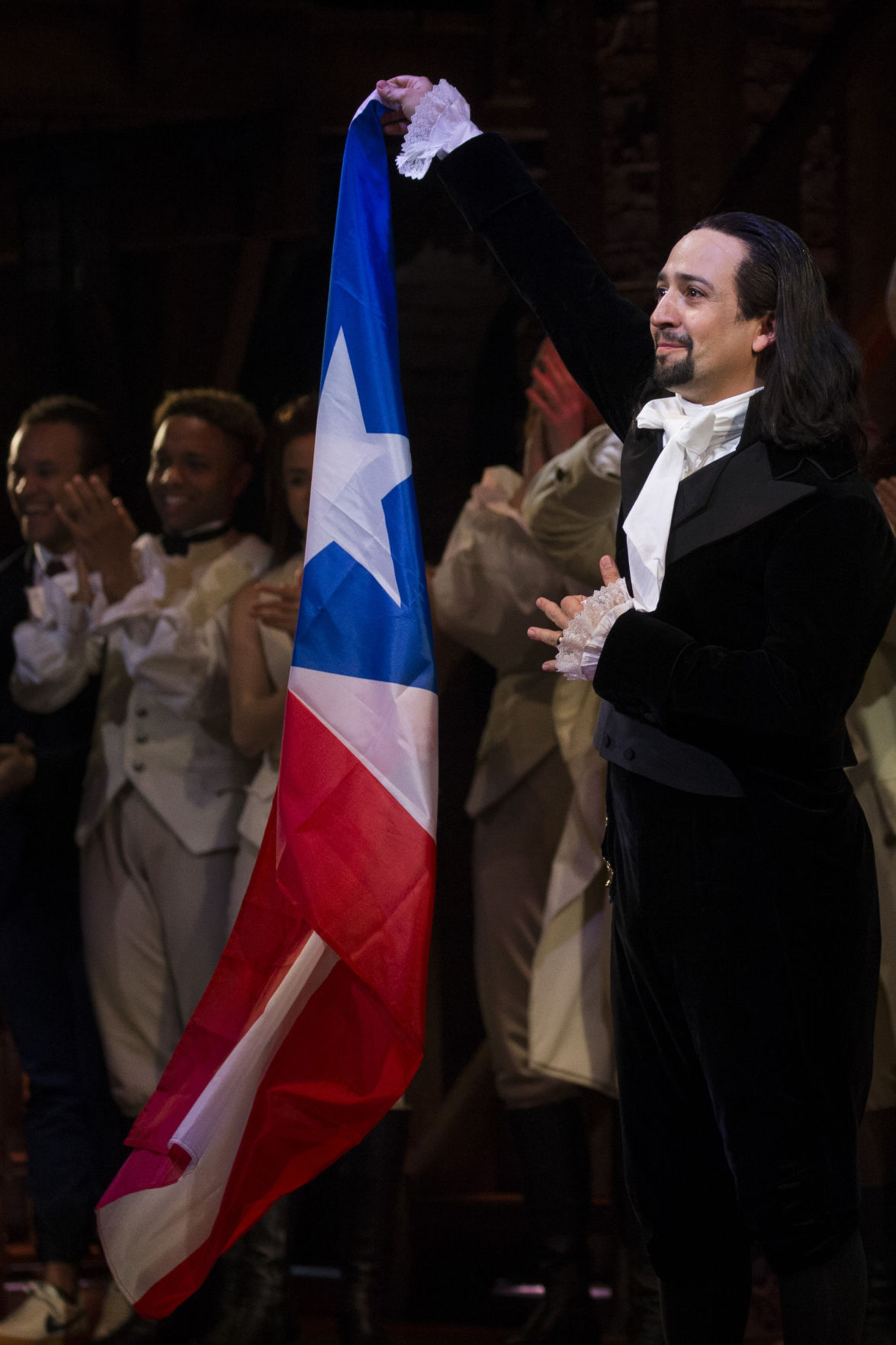 A TRIBUTE: Lin-Manuel Miranda thanks the audience after his performance in “Hamilton” in Puerto Rico. Dennis M. Rivera-Pichardo/For The Washington Post

A TRIBUTE: Lin-Manuel Miranda thanks the audience after his performance in “Hamilton” in Puerto Rico. Dennis M. Rivera-Pichardo/For The Washington Post

The day marking the celebration of our national story is almost upon us. An occasion sure to spread joy throughout the land as Americans reflect on the sacrifices of the Founding Fathers and consider what their labors on behalf of democratic government have wrought.

I speak, of course, of that special date, the Third of July. Otherwise known as "Hamilton" Day.

At midnight Pacific time (3 a.m. Eastern) the filmed version of the Broadway musical gets its official release. "Hamilton," a blockbuster hit with perhaps deeper meaning for American culture than any musical in our lifetimes, will see its impact magnified as Disney Co. streams the production for the first time, to subscribers on its digital platform, Disney Plus.

Originally planned for distribution in the fall of 2021, the film starring "Hamilton's" original Broadway cast - including Lin-Manuel Miranda, Daveed Diggs, Leslie Odom Jr., Jonathan Groff and Renée Elise Goldsberry - is being released now to fill the entertainment void created by the pandemic. As a result, July 3 is certain to be a watershed in theater history - the day a current musical that heretofore cost a small fortune to see will be accessible to all for a $6.99 monthly fee.

The last time a smash Broadway musical at the height of its influence and popularity was made available in this way was ... never? Even its celebrated composer-lyricist, Miranda, gasps as he contemplates the wider exposure "Hamilton" will receive.

"On Broadway, we're a restaurant. We only serve 1,300 people at a time," he said in a Zoom interview from his home in Upper Manhattan's Washington Heights. "More people will see the show between July 3 and 5 than have seen it anywhere onstage."

"Hamilton," honored with 11 Tonys and a Pulitzer Prize for drama, will be available on the worldwide platform for an extended period, or, as Miranda put it on Twitter recently: "You will just have it. For as many times as you like, right next to 'A Goofy Movie' and 'TaleSpin' and 'An Extremely Goofy Movie.' " Even with the fate of live performance in limbo because of the coronavirus, the gambit carries some risks: Will lowering the barriers lessen its cachet? Will its online presence diminish its longevity as a stage phenomenon?

"Hamilton," which debuted at off-Broadway's Public Theater in February 2015 and moved to Broadway's Richard Rodgers Theatre months later, has at almost every turn been a mold-breaker. Featuring actors of color as the major characters of the American Revolution - and similarly prescribing those roles in subsequent productions in other cities and touring incarnations - has helped to further entrench the practice of nontraditional casting.

The film has some game-changing mojo, too. It's not an attempt to "open up" the stage production, as so many musicals-to-movies tend to do; you're not going to get Miranda's Alexander Hamilton facing off against Odom's Aaron Burr, for instance, on a Weehawken, N.J., bluff.

The film - overseen by the show's stage director, Thomas Kail - instead places a kind of visual exclamation point on what a theater audience sees. "We wanted to create a language that honored what it meant to be in the theater and honors what it means to be 'cinema,' " Kail said in a phone interview. "It's not to say: 'This is the definitive presentation of "Hamilton." ' This is about what it felt like to be in the theater, on that stage, with that audience."

But it is a historical document, one derived from the recording of two regular performances in the Rodgers - a Sunday matinee on June 26, 2016, and the Tuesday evening show on the 28th. Miranda and several other original cast members were to leave the production two weeks later. Jeffrey Seller, the show's lead producer, wanted to preserve that cast on film - an opportunity he and the other producers of an earlier hit, "Rent," let slip by.

Employing six cameras and the services of a multimedia company, RadicalMedia, and film editor Jonah Moran, Kail sought to create a movie of both scope and intimacy. (Close-ups were shot between performances.) Disney recently provided to reporters a preview of a few of the musical sequences, which conveyed both the story's sweep and the swirling theatricality of Andy Blankenbuehler's choreography.

"A show like ours has struggled to make itself accessible, because of the price of the tickets," Miranda said. Now, he added, "I had the opportunity to put everybody in the same seat."

Alex Lacamoire, "Hamilton's" orchestrator, whose relationship with Miranda stretches back to their collaboration on 2005's Tony-winning "In the Heights" - slated to be released as a movie in mid-2021 - recalled the nerves that accompanied filming in the Rodgers. "Nervous, because we wanted it to be good," he said over the phone. "The last musical challenge was trying not to mess up!"

What is preserved on film is a pure distillation of the collaboration among Miranda, Kail, Blankenbuehler, Lacamoire, a bevy of designers and that stellar ensemble. (Odom, Goldsberry and Diggs all won Tonys for their performances.) And of course, a remarkable score that blends the rhythms of hip-hop, rock and even Golden Age Broadway. You may not fully realize, as you stream "Hamilton" into your home, that you are also listening to the work of a maestro of instrumental embellishment.

"That happened over the years, of just being friends," Lacamoire said, of the merging of his musical aesthetic with Miranda's. "Sometimes, it was, 'Hey, Lin, what about this chord here, that baseline there?' I became more comfortable suggesting this counter line, this baseline. His structures are always very sound; you can 'see' all the colors in them. Then I decide this cello here, or those drums stopping there."

Miranda and Seller didn't have a fully formed plan for the film in 2016; Kail worked on the editing intermittently as the show became a cultural touchstone, its lyrics entering the pop lexicon. Just this month, Miranda took to Twitter to tweak John Bolton, President Donald Trump's former national security adviser, for appropriating one of his most oft-quoted lyrics for the title of his controversial memoir "The Room Where It Happened."

"You have no control," Miranda tweeted, "Who lives, who dies, who (borrows your song title to write a cash-in book when they could have testified before Congress) tells your story ..."

The movie's release will no doubt spread "Hamilton" mythology farther, and wider. Miranda is aware of this, and ready for another massive wave of attention. Well, sort of.

"If you knew the number of times today," he said a bit wearily, "I've heard someone say: 'I'm in the Zoom where it happened ...' "