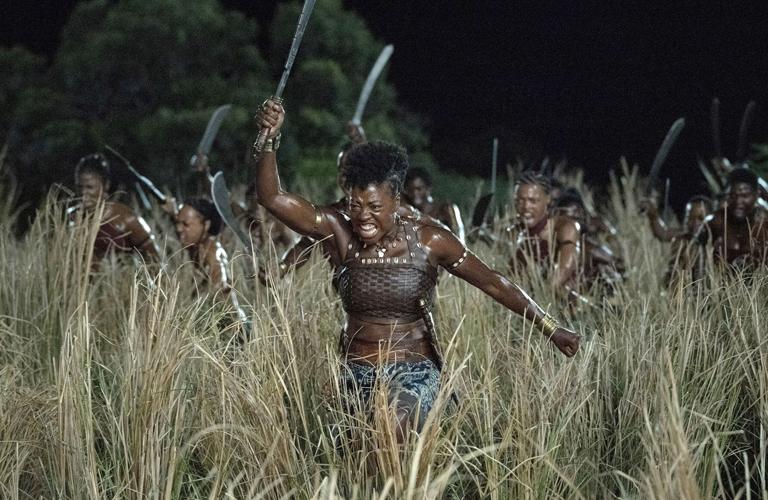 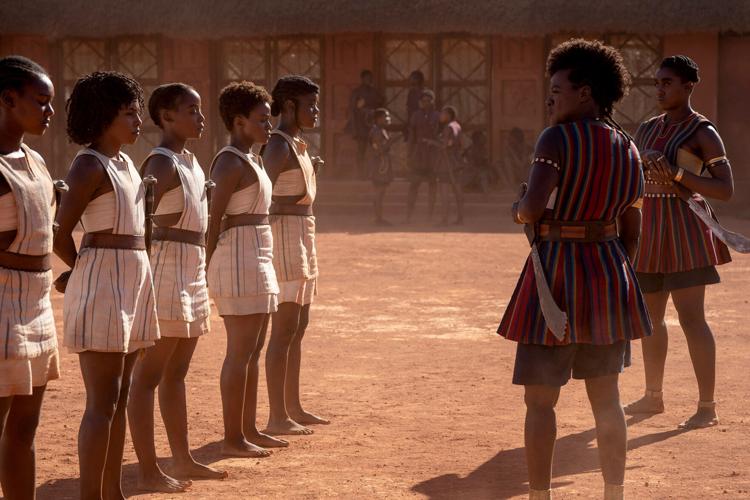 From the moment she appears on the screen - rising up from tall grasses while leading an all-female army into battle - Viola Davis owns "The Woman King," a movie every bit as majestic and monumental as its title implies.

Davis plays Nanisca, the ferocious, forbidding general of the Agojie, the legendary women's fighting force that helped defend the West African kingdom of Dahomey. Set in 1823, "The Woman King" spins a fictional tale rooted in the real-life "Dahomey Amazons" who were among the most feared warriors of the era. In this stirring tale, written by Maria Bello and Dana Stevens, Nanisca fights not only external foes - the Oyo Empire intent on destroying the reign of Dahomey's King Ghezo (John Boyega) - but her own country's involvement in the transatlantic trade of enslaved people, which its supporters see as a way for Africans to benefit from commerce but which she sees as a "dark circle," entrapping her people in cycles of violence, oppression and self-hatred.

Whether Nanisca's dilemma is literally true to life is beside the point in "The Woman King," which takes its rousing action-and-adventure cues from such classics as "Braveheart," "Gladiator" and the spectacular sword-and-sandal pictures of the 1950s, and elaborates on imaginative universes already primed by the likes of "Black Panther," "Wonder Woman" and, more recently "The Northman." In the hands of director Gina Prince-Bythewood, the combination is a winning one: "The Woman King" pulses with energy, tightly coiled intensity and Shakespearean filial drama, given added potency by Davis, who imbues Nanisca with the gravitas and unflinching focus that have become her signatures.

Part of what makes Nanisca such an appealing heroine is that, for all her strength and finesse, she isn't perfect: As "The Woman King" opens, she returns to Dahomey with another victory under her belt (and some captive women to train as new soldiers), but she's showing signs of wear, her muscles aching, her body scarred, her eyes made weary of seeing too much war. Once returned to the barracks of the Agojie - a cross between a nunnery and boot camp - she seeks counsel from her most trusted lieutenant, Izogie (Lashana Lynch) while keeping an eye on a recruit, an orphan named Mawi, played by Thuso Mbedu with self-possessed aplomb every bit as impressive as the actress with whom she shares her most important scenes.

Those sequences bristle with psychological undercurrents that give "The Woman King" its depth and sometimes startling emotional oomph. But Prince-Bythewood - fresh off the success of 2020's tush-kicking "The Old Guard" - proves similarly confident with action scenes in which swords and scythes fly with primal abandon. (It bears noting that in "The Woman King," rated PG-13, blood is more often heard spurting and dripping than seen in sanguinary detail.)

Dressed in beautiful armor composed of leather and cowrie shells (the arresting costumes are by Gersha Phillips), with Polly Morgan's cinematography emphasizing the strength of their physiques over their eroticism, Davis and her co-stars present a bracing image of womanhood that concedes nothing to conventional notions of beauty or what passes for femininity on-screen. The sight of this accomplished ensemble unapologetically embracing the conventions of a traditionally male genre - and deploying those conventions with such confidence and brio - might be the biggest thrill to hit the big screen this year since Tom Cruise climbed into his old Grumman F-14.

As in so many of its predecessors, the ritualized combat and metronomic violence of "The Woman King" begin to feel repetitive, and a few of the fight sequences look more choreographed than spontaneous, but Prince-Bythewood largely overcomes these pitfalls by way of an exceedingly handsome production, one whose burnished palette and rich design are echoed by Terence Blanchard's lovely musical score.

With its action, adventure, mythic conflict and semi-fantastical storytelling, "The Woman King" proves to be an opulent addition to a form of filmmaking that has long been searching for a refresh. What's more, it knows that the real spectacle doesn't reside in special effects or brutality for its own sake, but in the woman who holds the center of the narrative through her singular brand of charisma, aching transparency and sheer indomitable will. "The Woman King" may be a fable, but its power is real: Her name is Viola Davis, and she's nothing less than magnificent.