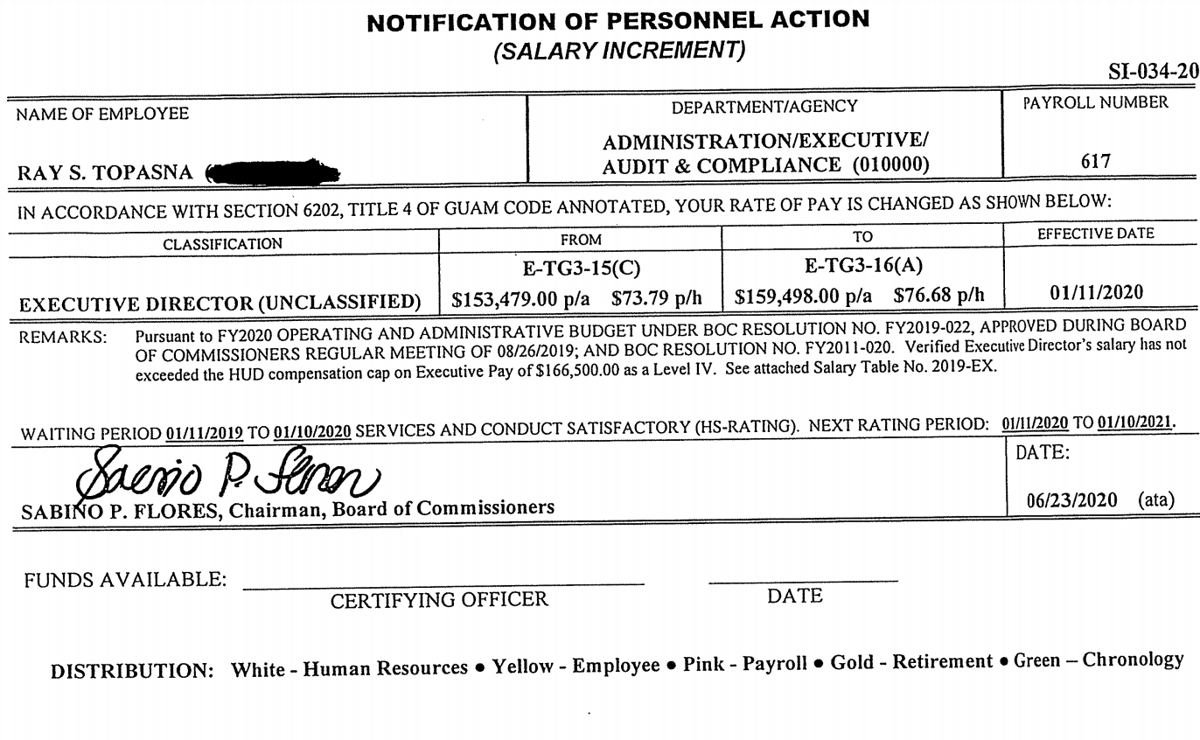 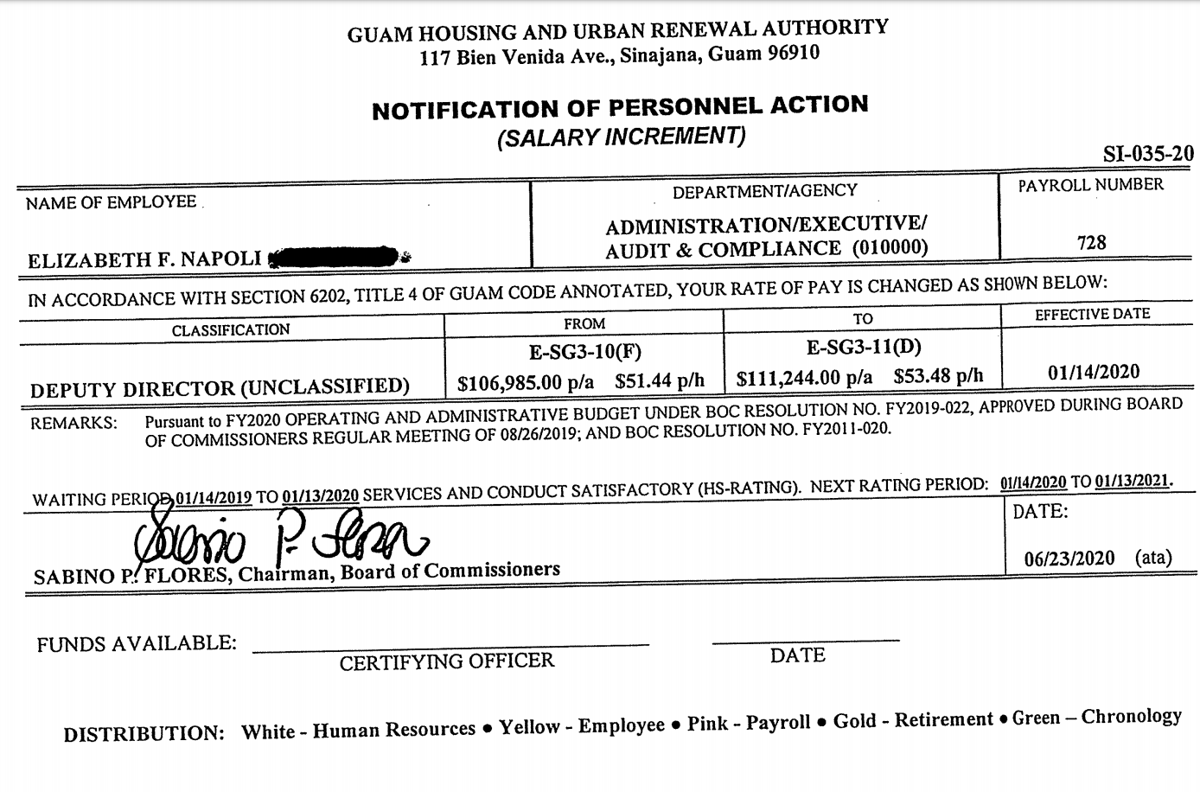 The Guam Housing and Urban Renewal Authority board of commissioners should undo the retroactive pay raises they approved for GHURA Executive Director Ray Topasna and Deputy Director Elizabeth Napoli.

It's not enough for Topasna to say the implementation of the raises is on hold because the timing is bad.

It's crucial that GHURA's board, led by Chairman Sabino Flores, show the public they will have nothing to do with retroactive pay raises. And the best way to do that is to rescind their approval of the retroactive raises rather than have the very top beneficiary of the raise merely say it's not being implemented.

Topasna on Monday said, "We have not processed any salary adjustments for myself nor the deputy director ... we simply put forward for board ratification the adjustments."

And he later added, in part, "It was never our intention to proceed with the adjustments during these difficult times."

The assurances do not give the public a good degree of comfort that these raises will not get quietly implemented.

Topasna has further stated it was an Office of Public Accountability recommendation that has prompted the raises to be presented before the GHURA board for ratification.

However, Public Auditor Benjamin Cruz has stated: "We have recommendations that will be made public when we release the audit, but I can assure you it was not to recommend that retroactive pay increases be awarded now."

The raises for Topasna and Napoli have been in the works for a while. GHURA's board chairman signed the personnel documents approving the raises on June 23, when Guam was already in the middle of the pandemic and long before GHURA could help come up with quick solutions to house homeless residents who camped out in squalid conditions at the Paseo de Susana Park.

The GHURA board further ratified the agency's budget on Aug. 24 to include the raises for Topasna and Napoli, raises that, according to their personnel documents, would take effect retroactively to January 2020.

While Topasna and Napoli have received stellar job performance ratings by the board, signs that community problems persist – problems that could have been alleviated had GHURA done better with its role – are evident.

Conditions of some homeless Guamanians – up until federal CARES Act money allowed the rental of a former tourist dorm for a temporary homeless shelter –  have looked dire. Local families with young children were on the streets.

And let's not forget about the recently released government of Guam-wide financial audit. It was delayed by nearly two months from its deadline because of one agency's tardy submission. Guess what agency that is?

GHURA, according to the OPA's recent summary of the audit.